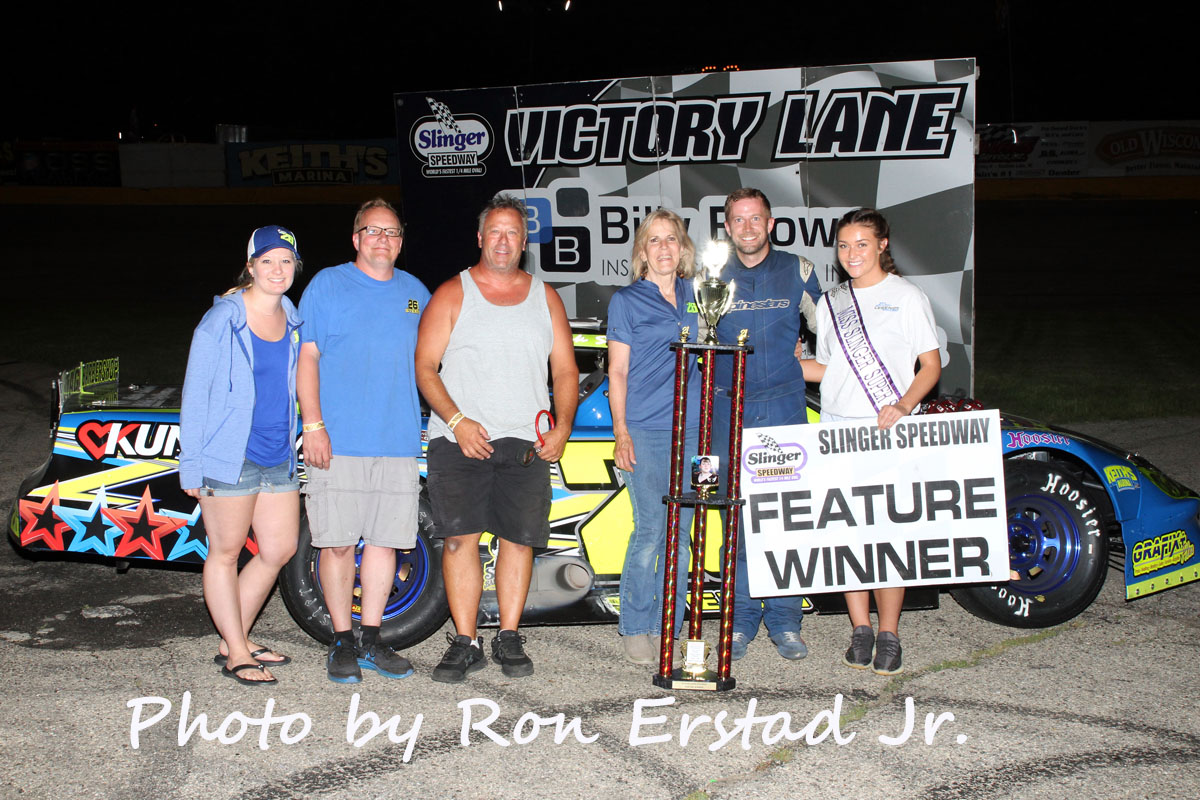 “We got lucky pretty early to be able to get to the front,” Stern explained after having to fend off both Gutknecht and Craine on several late race restarts, “I didn’t expect to get up there by lap 15 which was great and it just worked to our favor. On those restarts I got a little nervous because both Craine and Gutknecht are always really fast and it’s awesome running with those guys.”

Gutknecht put up the final challenge on the last restart with six laps to go and took to the outside groove to make a bid for the lead, but his efforts fell short and he had to settle for a strong second place result.

“It was slippery up there and we tried it in practice and knew it was going to be bad for as hot as it was tonight,” Gutknecht stated describing his decision to try the upper groove after gaining positions throughout the race on the inside lane, “But with six laps to go we had a very long discussion on whether we were going to go up there or not and we were like ‘we’re here to win’ so let’s go for it.” “I thought I could do the cross-over on him and I got a good start,” Gutknecht continued, “but he beat me through (turn) two and I jumped down quick and I ran into the back of him because I was looking in my mirror and I just lost all my momentum. I’m thankful for all my guys because we had a good piece to get up there.”

Craine, who turned in the second fastest lap in qualifying to begin the evening, also challenged Stern throughout the event and completed one of his better Slinger results with a very respectable third place finish.

“The car was fast right out of the box and we haven’t changed a thing on it all day,” Craine said afterwards, “We just kind of left it and it worked out good. We are here to race and I was going for the win so I was definitely trying the outside.”

Brian Holtz and Cole Thomas raced with the lead pack for the entire 50-laps and took the checkered flag to complete the top five in fourth and fifth respectively. Tom Berens finished in the sixth position and Zach Prunty rebounded from an early spin to finish seventh followed by Nick Egan in eighth. Zach Braun and Tom Jasinski completed the top ten in ninth and tenth positions.
Late model heat race victories were captured by Tyler Hromadka and Ryan Gutknecht while Jack Stern turned in the quickest lap in qualifying at 12.194 seconds to secure top time honors on the evening.

James Swan debuted his sportsman car detailed as a replica to Alan Kulwicki’s 1983 TransAct Racing #97 American Speed Association ride and he drove it to a dominating win in the 35-lap sportsman feature. Jake Scraufnagel came from deep in the field to finish second while Andrew Meyerhofer finished third. Paul Wagner finished in the fourth position and Dale Lecus, Jr. was fifth. Rick Tackman and Dale Lecus, Jr. each were winners of a sportsman heat race and fast qualifier honors went to Jake Schraufnagel with a lap of 12.800 seconds.

The hobby stock division racers made their initial appearance of the season at the Slinger Speedway and Chris Flairty drove to a convincing win over Nick Bruley and Jared Vike in the 25-lap main event. Scott Riedner and Chuck Egli crossed the finish line in fourth and fifth place. Shane Radtke Scott Riedner were the winners of the hobby stock heat races and Jared Vike was the fastest qualifier after turning in a lap at 13.862 seconds.

Tom Elsinger Jr. edged Brady Held to win the 25-lap Slinger Bees main event with Bill Ostovich Jr. closing to finish third. Billy Braun nailed down the fourth finishing position over Brandon Mennicke who crossed the finish line in fifth. Tom Elsinger Jr. and Brandon Mennicke also were the winners of the Slinger Bees heat races and Brady Held’s lap at 15.257 seconds earned him the honors of being the fastest qualifier. 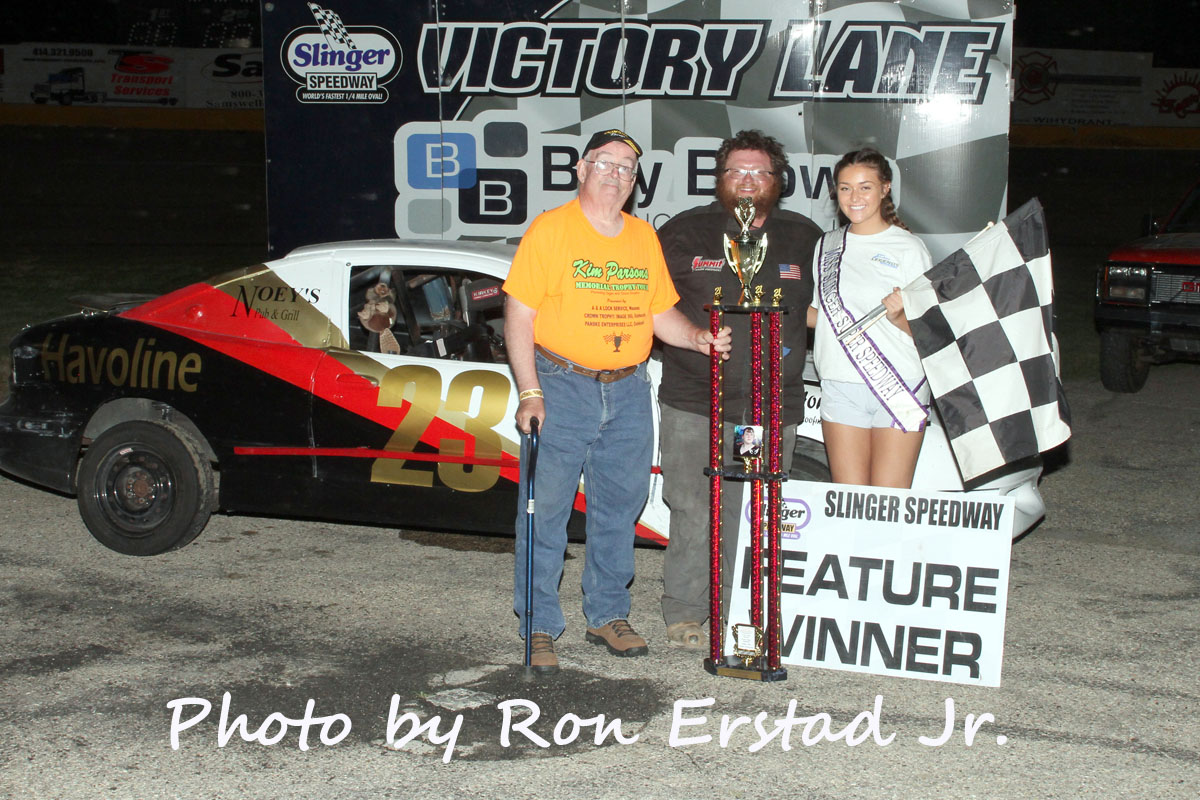 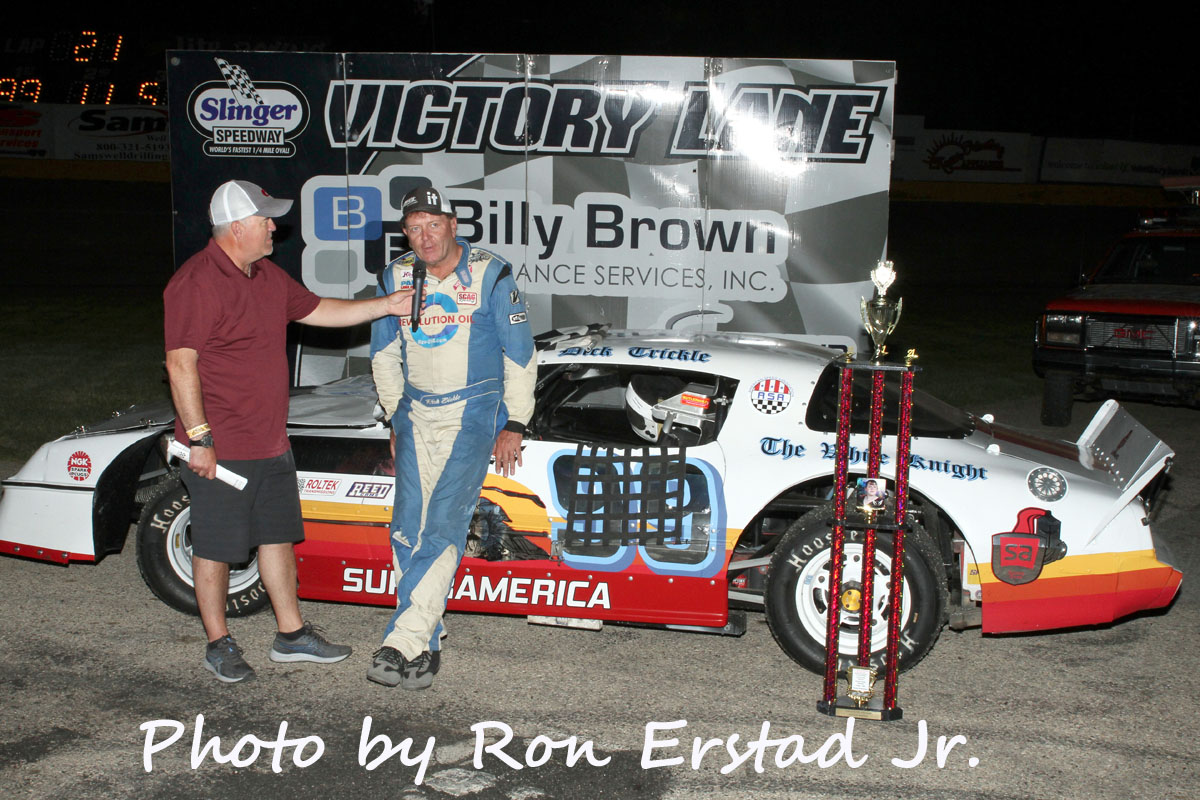 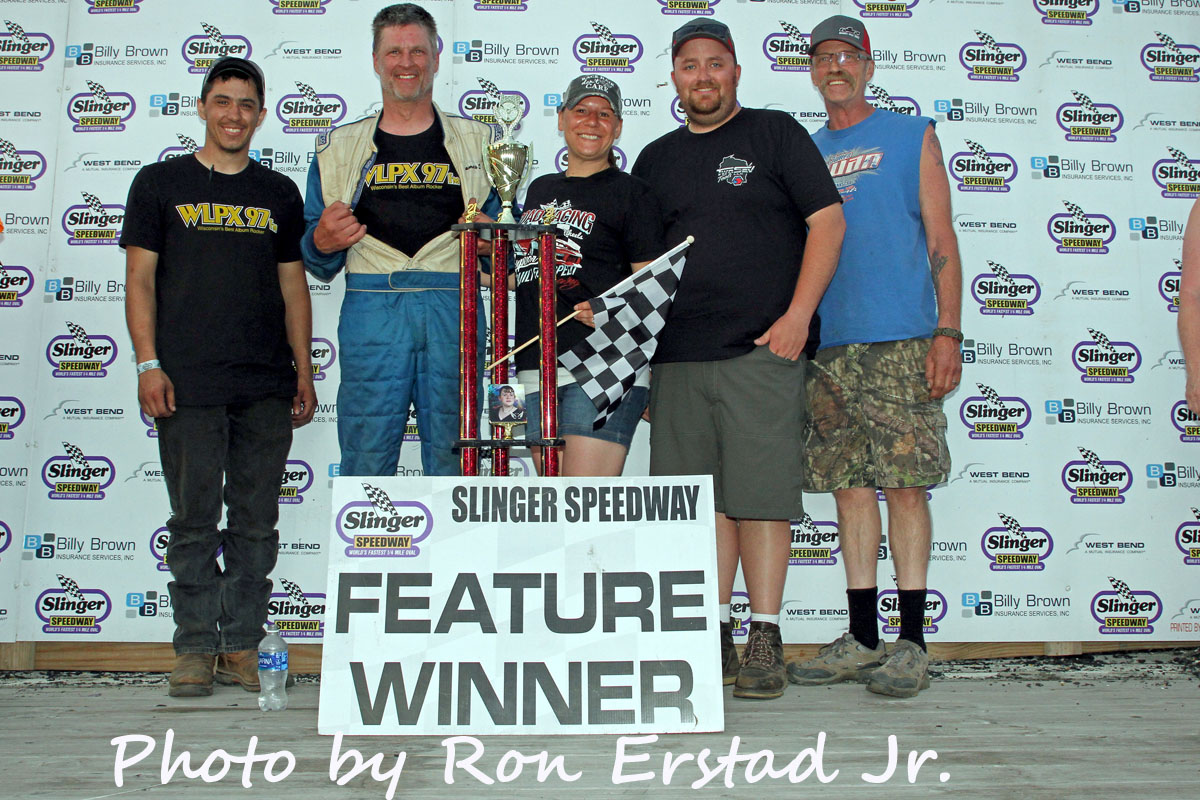 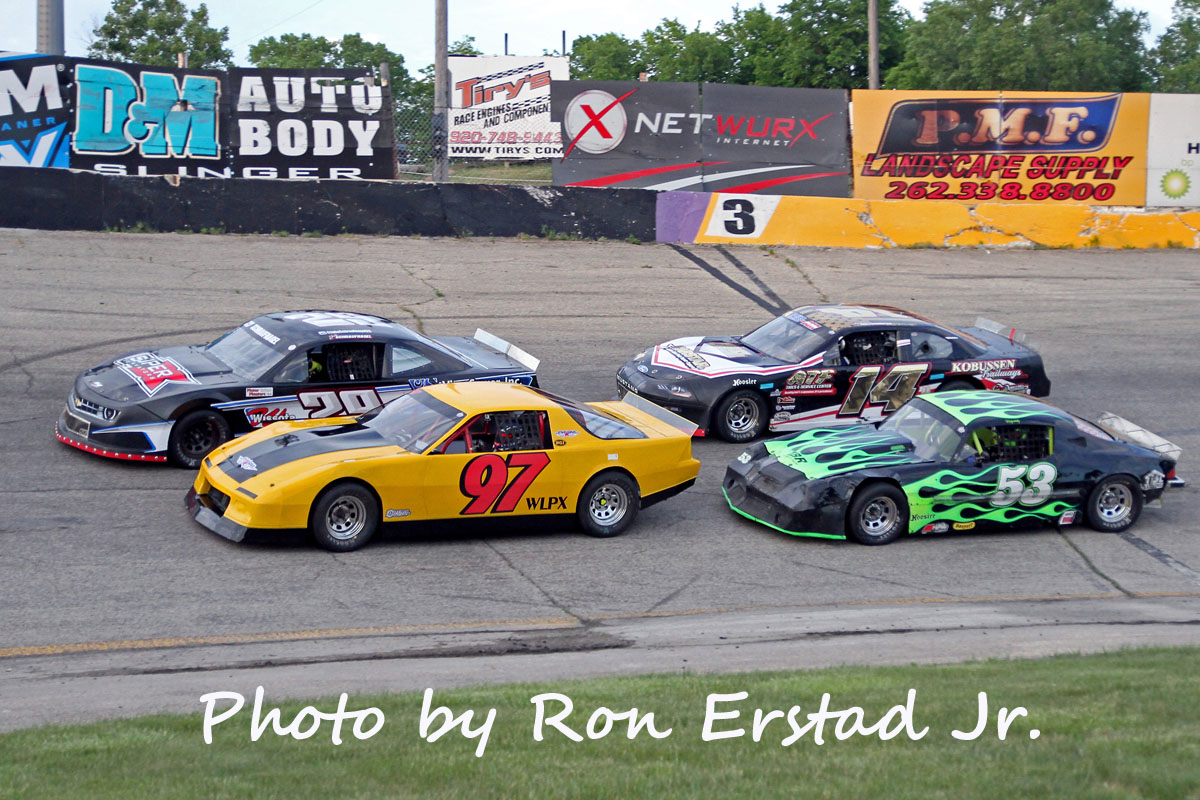 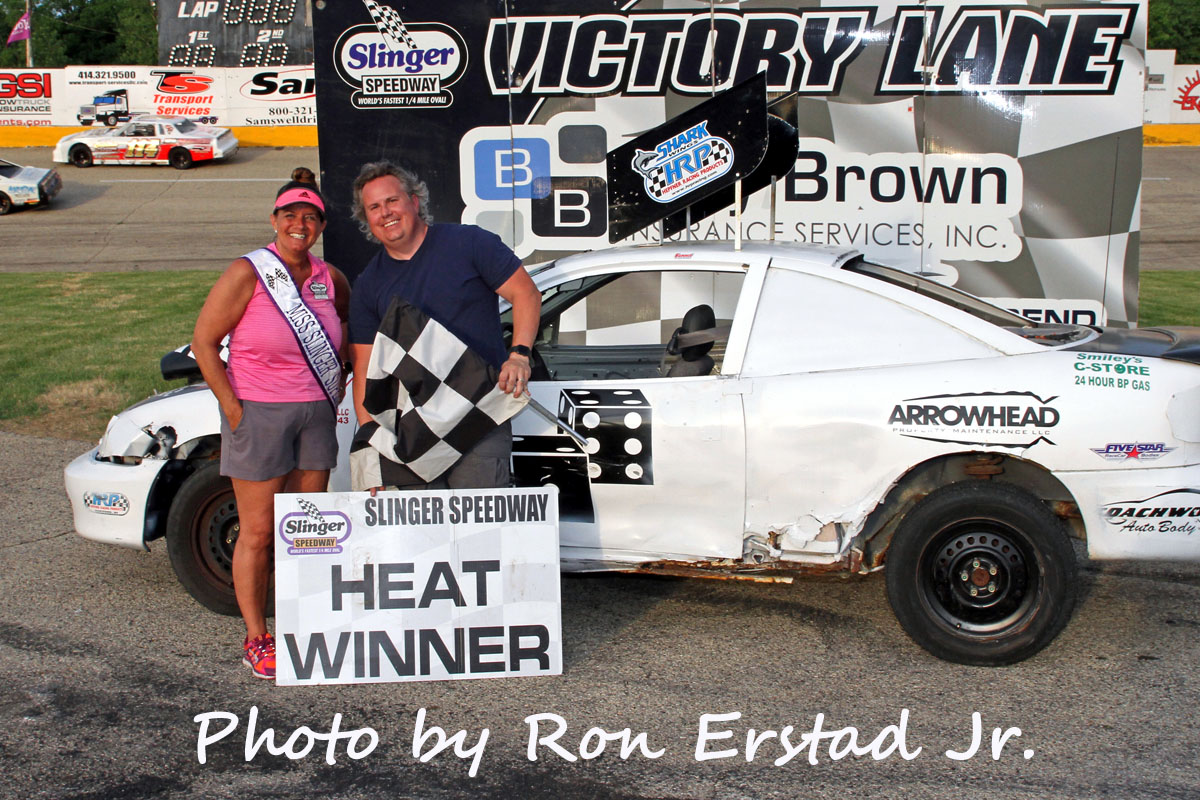 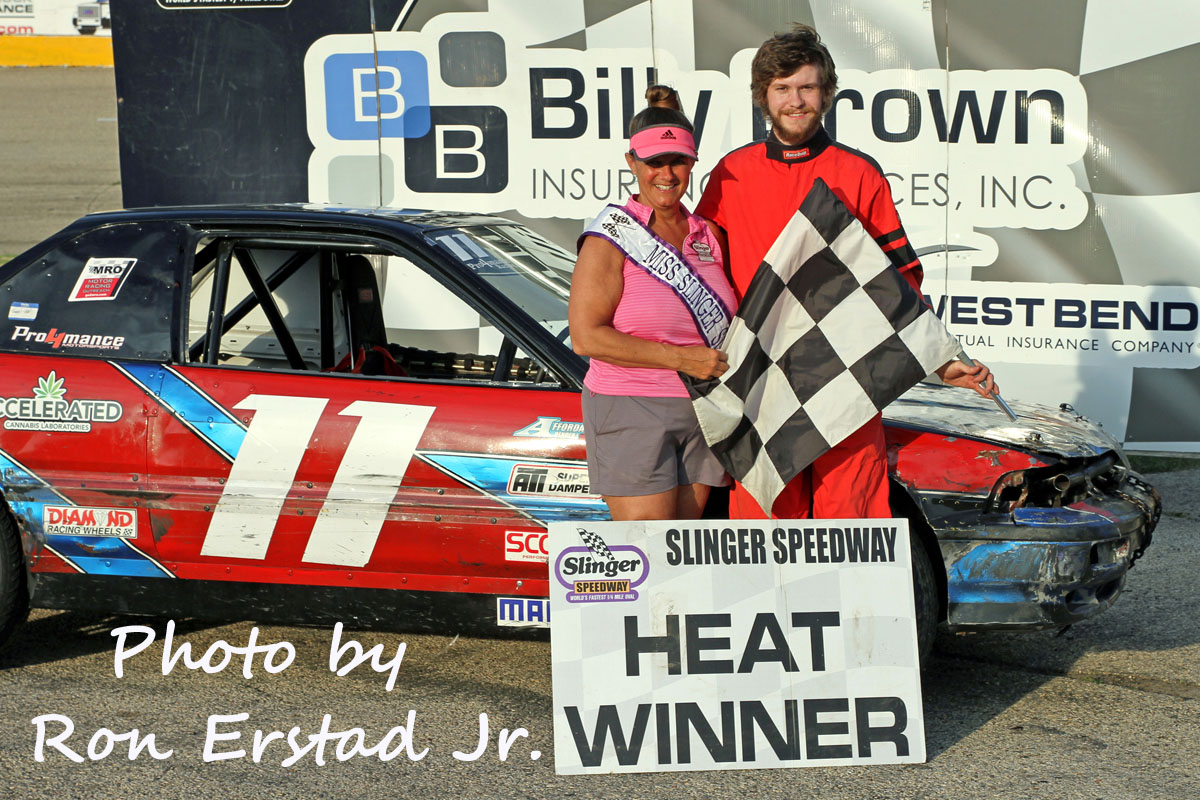 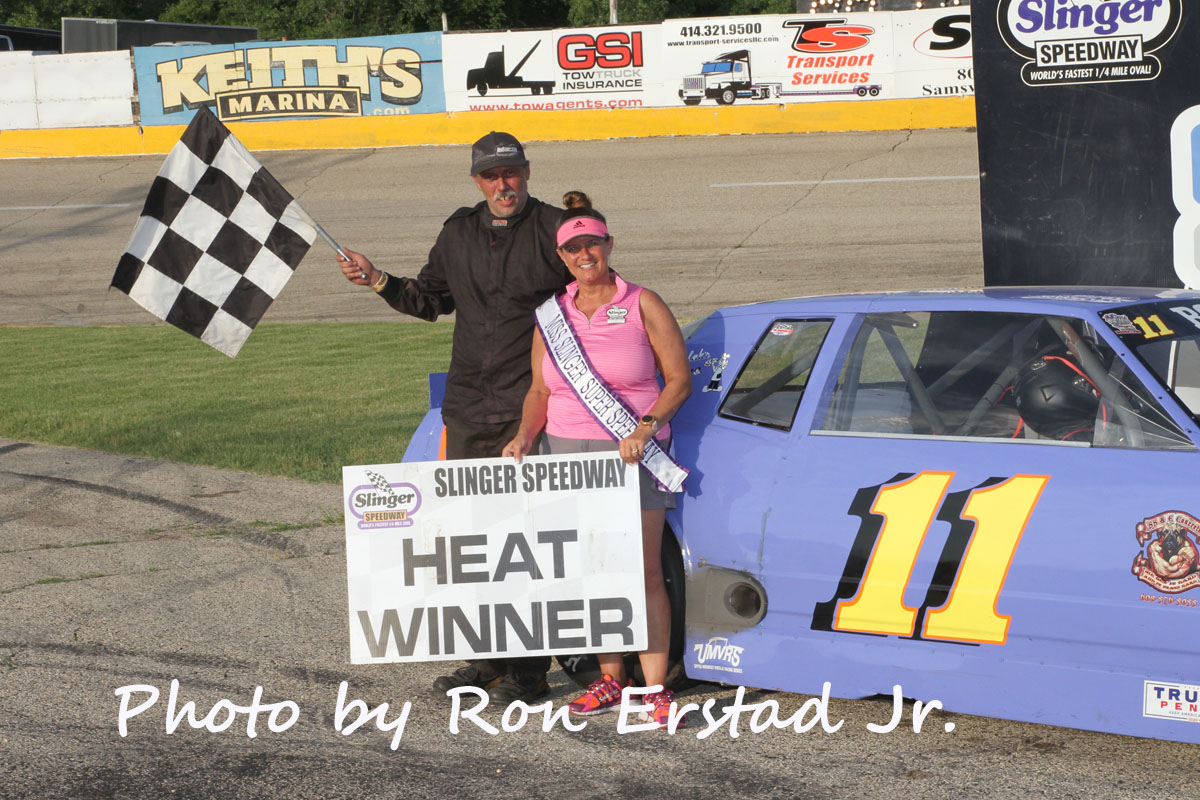 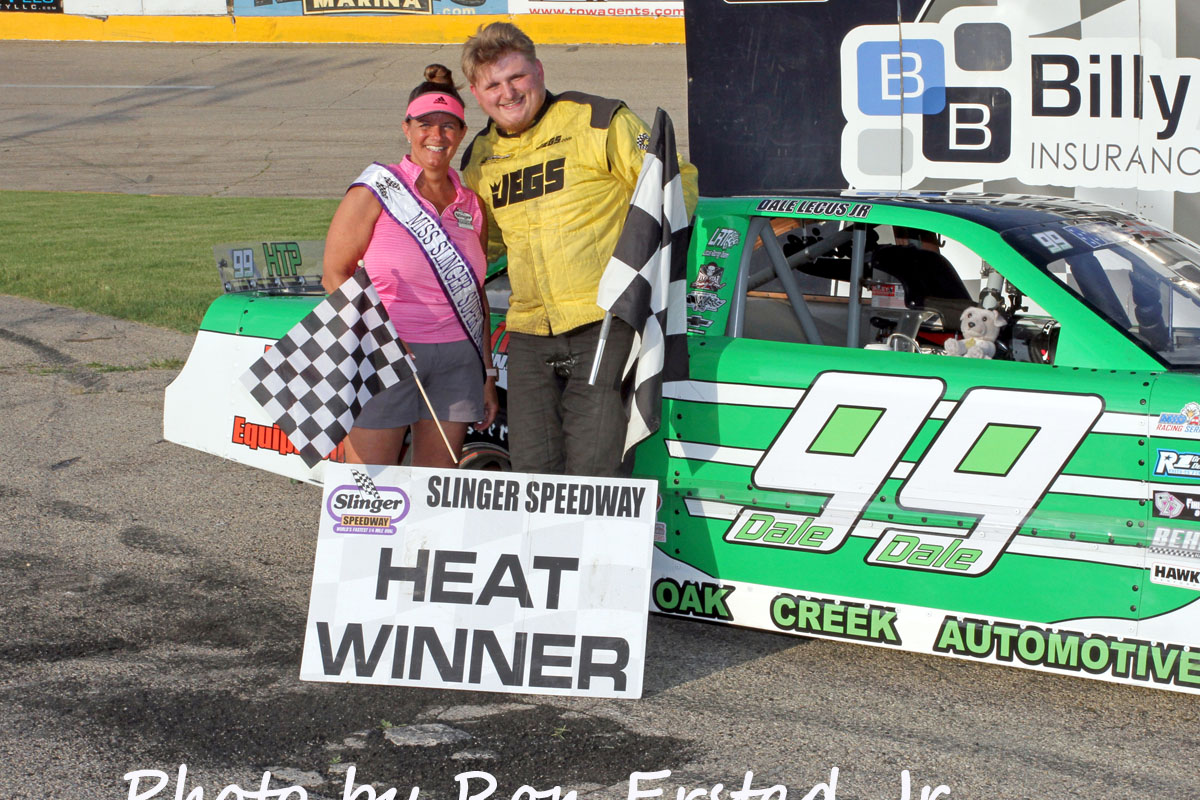 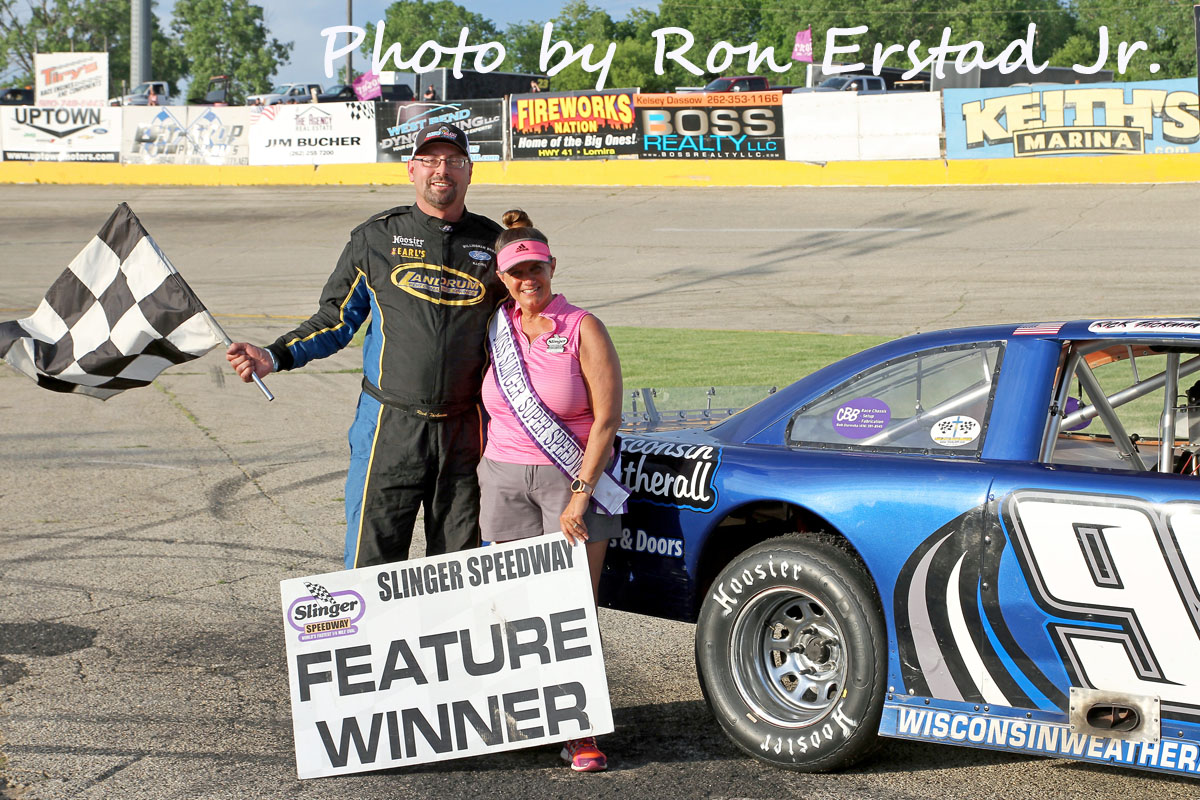 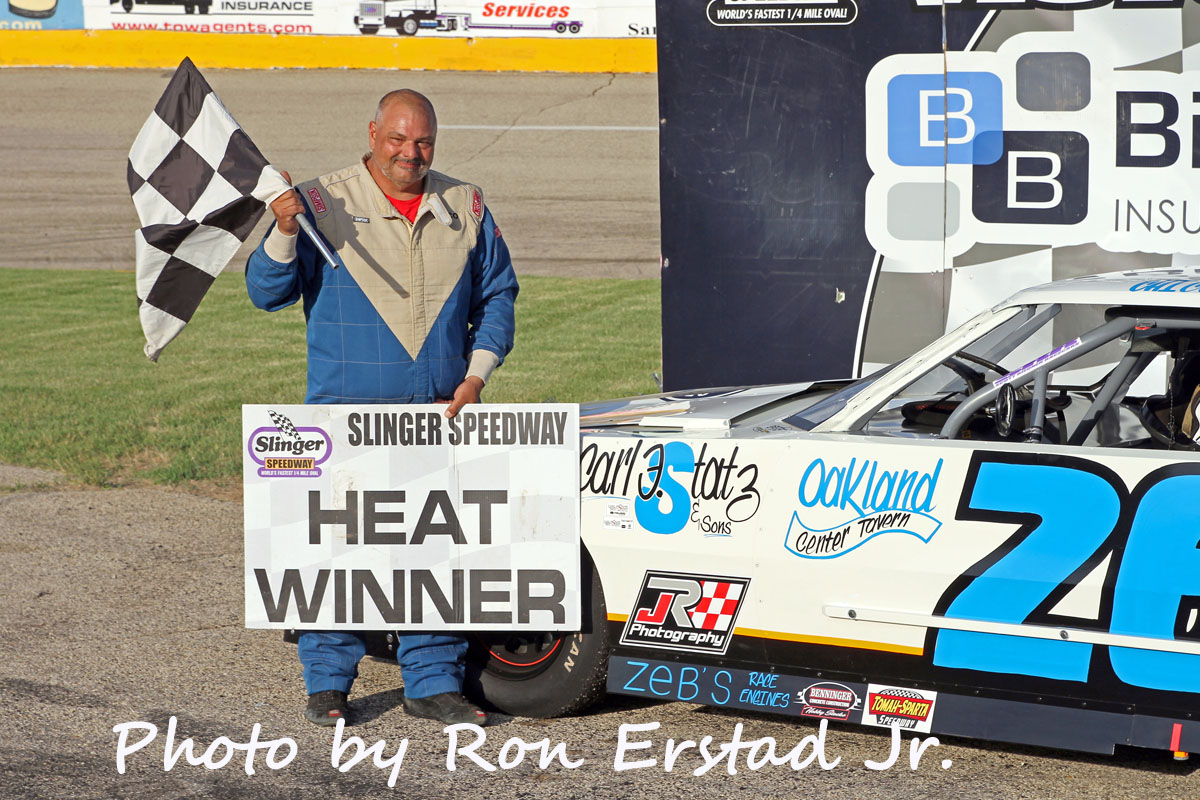 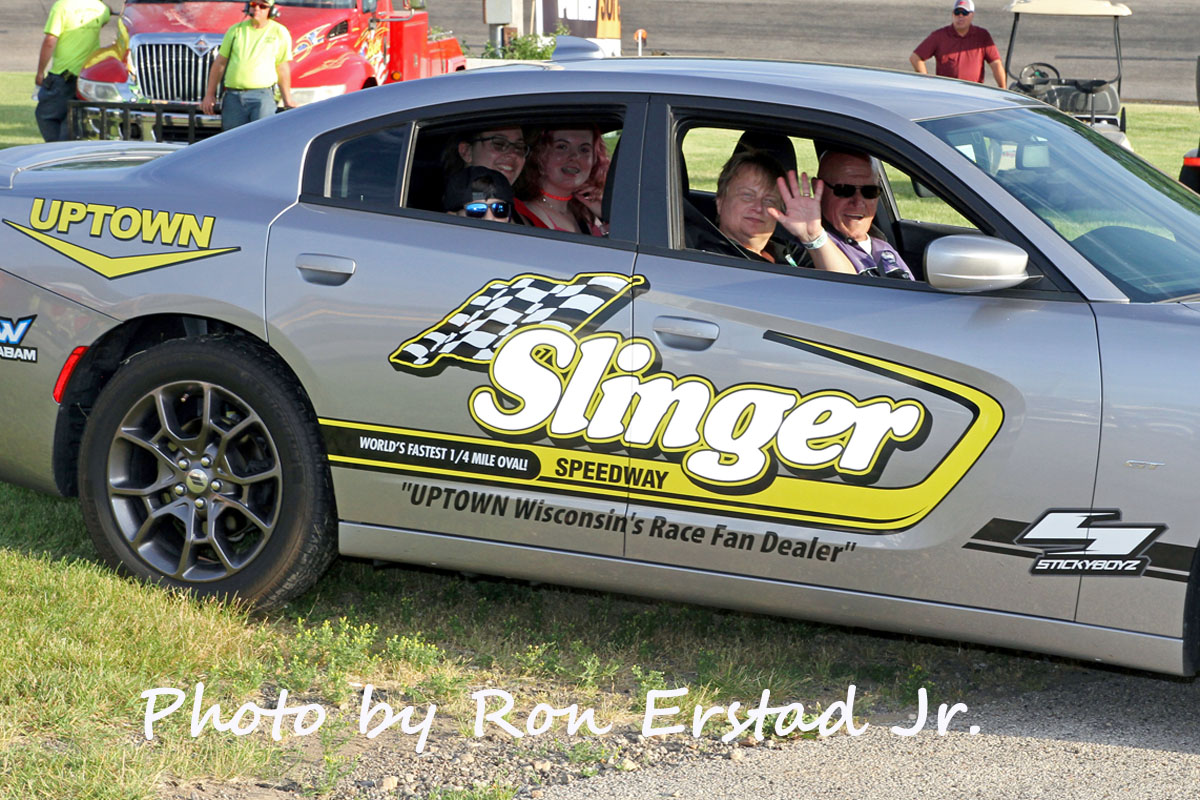 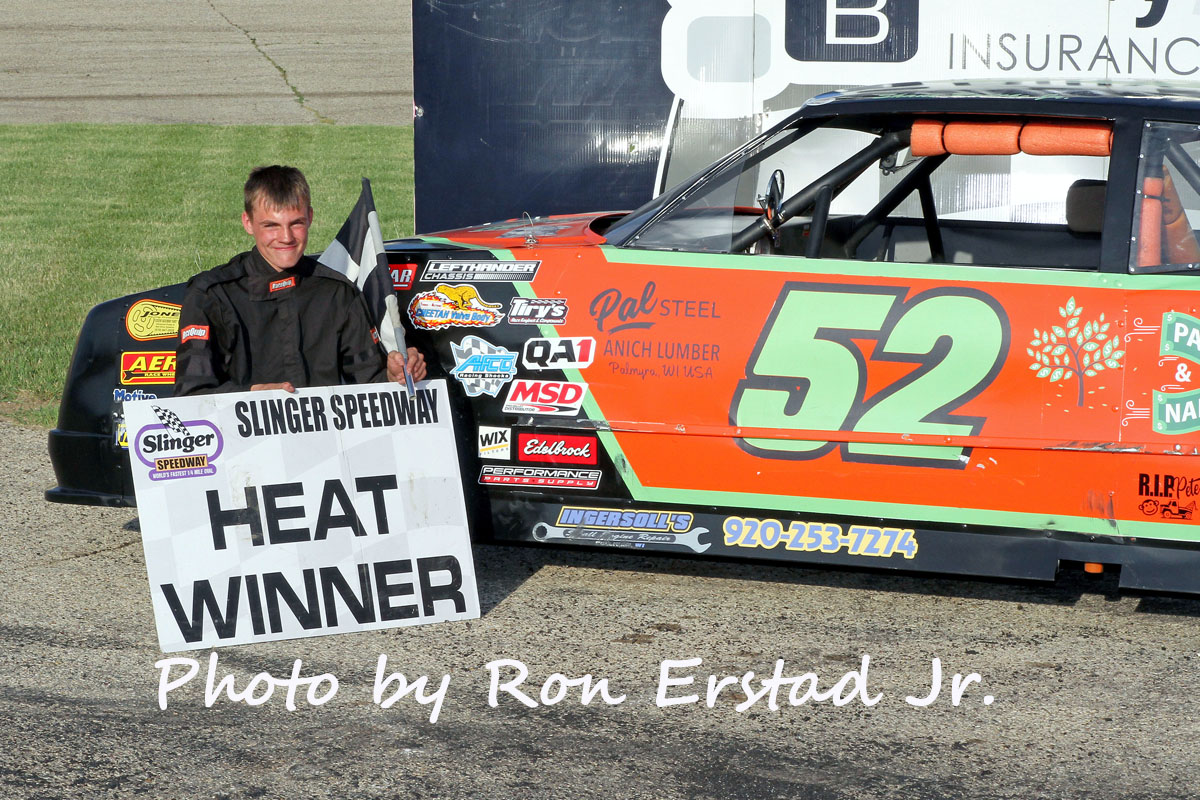 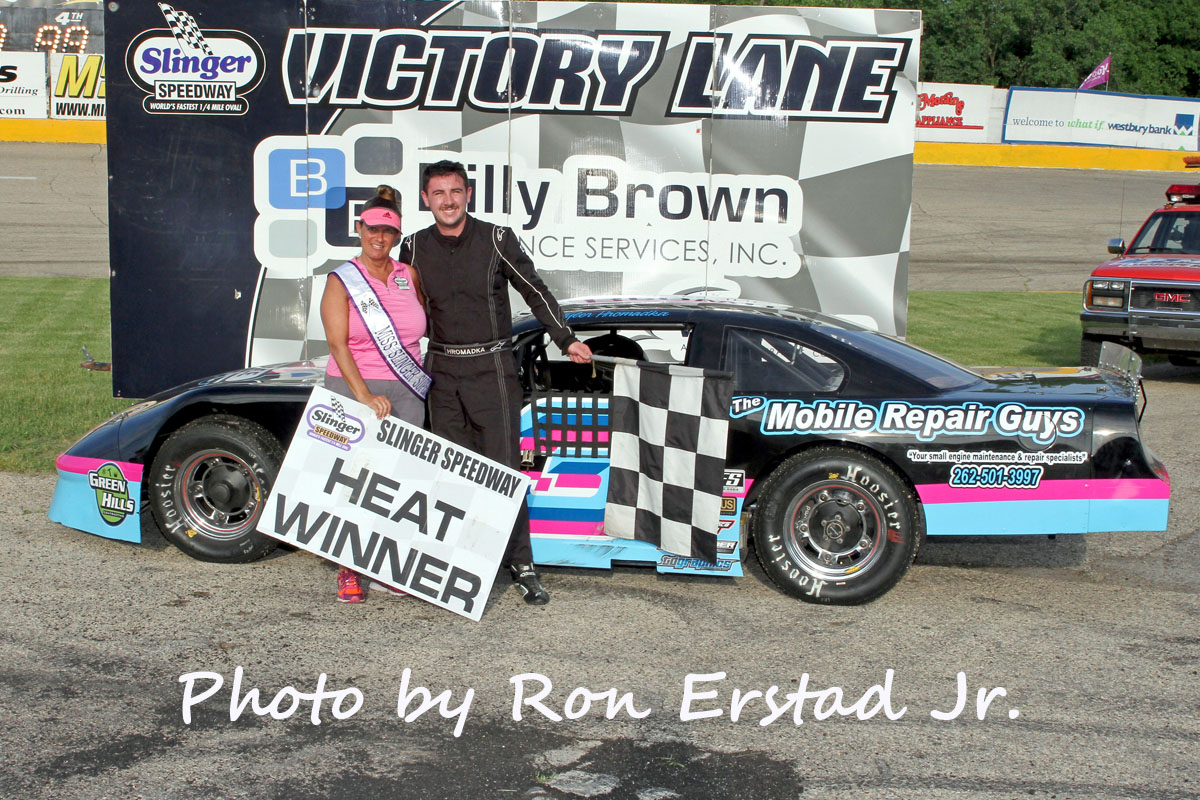 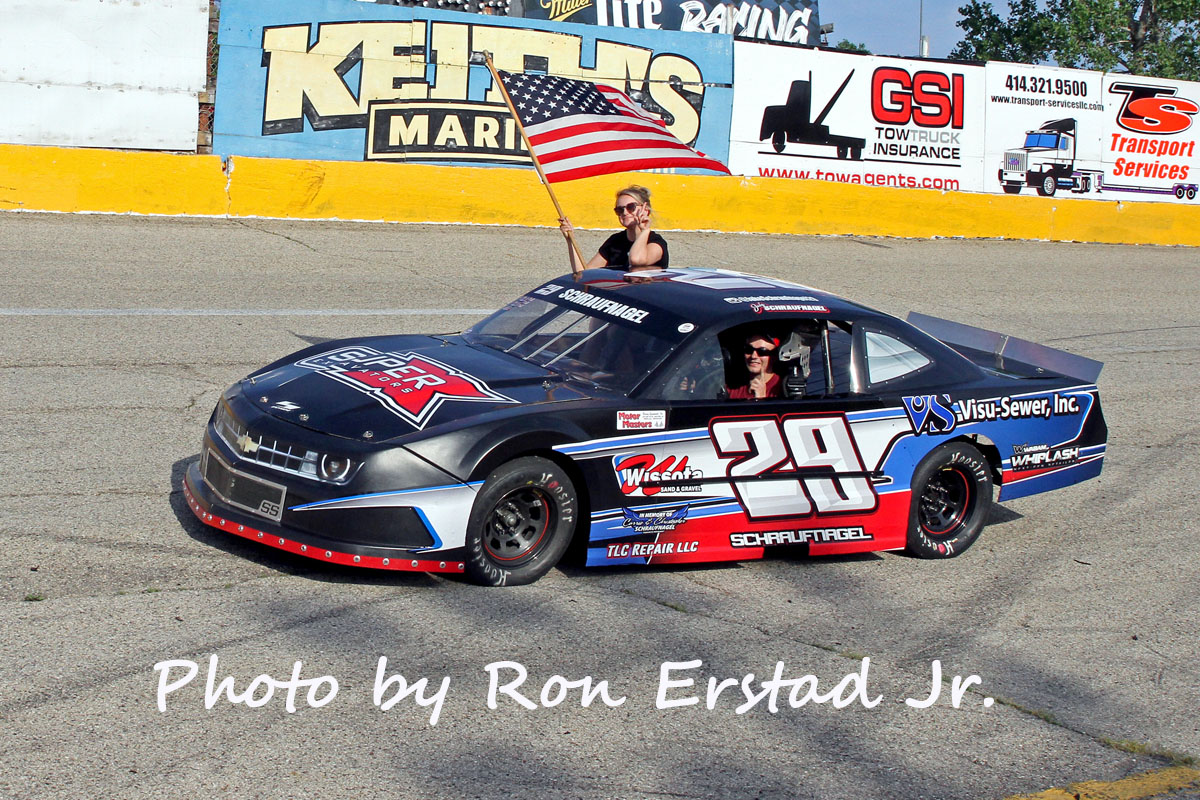 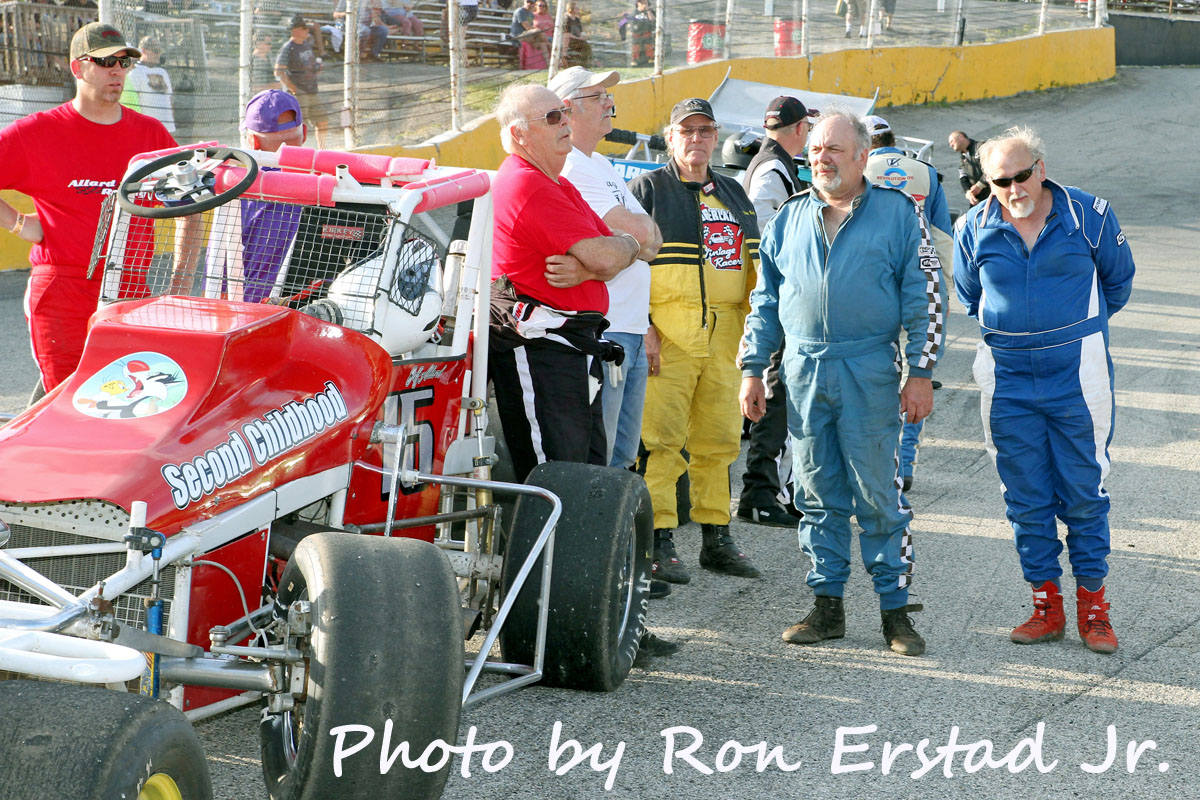