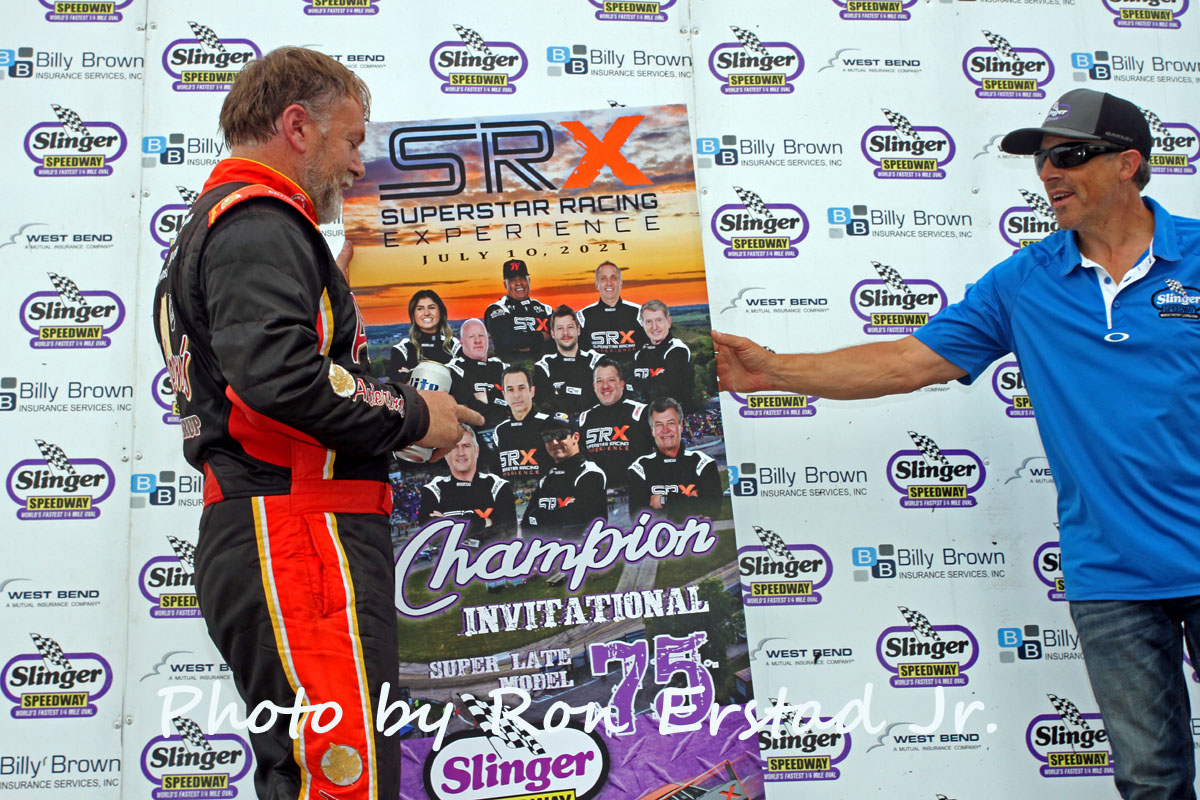 Both Dennis and Alex Prunty started deep in the field and worked their way forward while Dave McCardle paced the opening laps. By the time Rich Loch caught McCardle for the lead on lap 26, Dennis and Alex Prunty found themselves close behind in third and fourth place respectively. Dennis Prunty was the first to advance as he moved into second and then challenged Loch for the lead. Dennis Prunty was able to take the lead on lap 28 while Alex Prunty raced with Loch and McCardle over second. Alex Prunty was able to grab sole possession of second place a few laps later as Dennis Prunty stretched his lead out front. The race ran caution-free and Dennis Prunty could not be caught as he drove to the victory. Alex Prunty had to settle for second place while Rich Loch took the checkered flag in third, R.J. Braun and Steve Apel rounded out the top five in fourth and fifth respectively. 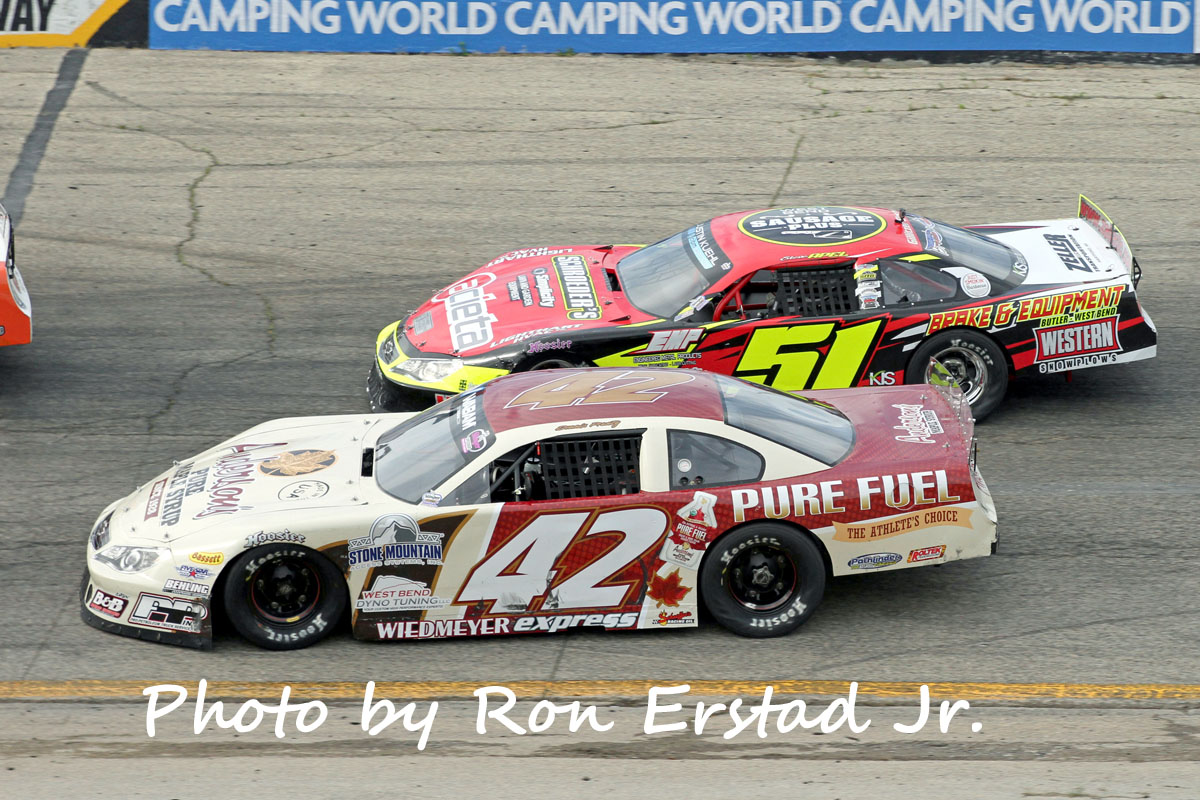