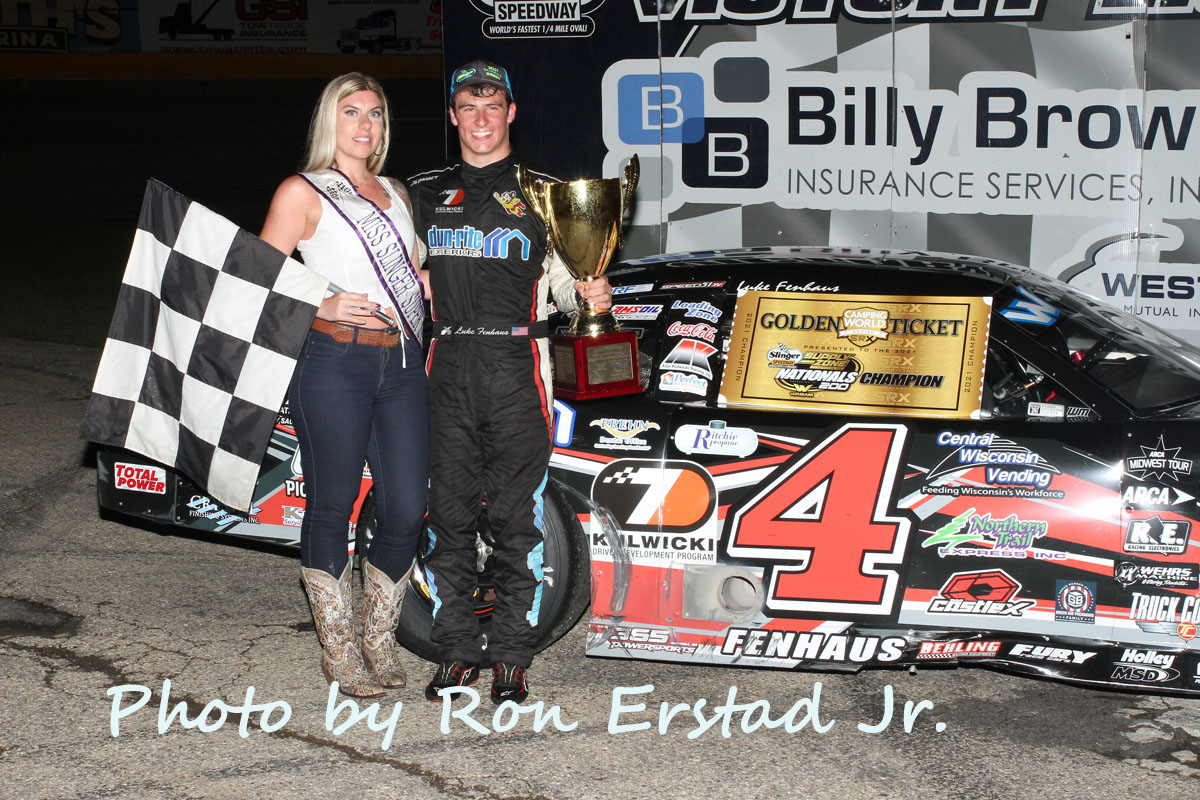 Fenhaus wrestled the lead away from Derek Kraus for a final time with nineteen laps to go and then held off Kraus and a closing Jesse Love to secure the victory.
“We had a really good car,” Fenhaus stated from victory lane, “Set fast time and led a lot, I can’t thank my guys enough as they do all the work on this race car and I just drive it.”

As the race unfolded, Fenhaus and Ty Majeski separated themselves from the rest of the field and established themselves as the dominant cars, leading 127 laps between them until a tangle with a lapped car resulted in damage to Majeski’s nose, ending his race on lap 137 with a seventeenth place finish.

“He (Majeski) was tough, “ Fenhaus explained, “It was a hard race with Ty for sure, and I thought we were even and if he had lasted until the end I don’t know how it would’ve played out.”

“I might have shed a tear or two,” Fenhaus continued describing his emotions when realizing his Nationals victory earned him a ride in the upcoming Superstar Racing Experience (SRX) race on July 10th, “This is crazy and I really can’t believe this is happening.”

Kraus, who made the field by winning the last chance race, rebounded from an early spin on lap 24 and came on late in the race to muscle his way around Fenhaus for the lead on lap 171. Kraus held the top spot for ten laps before Fenhaus was able to retake command on lap 181, forcing Kraus to settle for second place at the finish.
“It was about the only thing I could do,” Kraus said afterwards describing his aggressive pass for the lead, “It was really the only shot I had at him.”

The race was slowed five times under the caution flag and had two red flag periods, the first lasting an hour for rain on lap 75 and the second occurring on lap 105 when the car of Steve Dorer ended up on the roof of Carson Hocevar’s car in turn two following Hocevar’s tangle with Alex Prunty.

“I didn’t see what Hocevar did to cause that but he was just slamming the door on several people that I could see as I was catching them,” a frustrated Dorer told the crowd, “He’s got the ability and is capable of going fast and wins races but as far as realizing there are other people out there, I don’t think he does that.”

Hocevar and Dorer were credited with nineteenth and twentieth place finishes respectively while Alex Prunty was able to continue and finished 14th.

The top sixteen cars were locked into the field through qualifying as impending weather alternated the schedule of events. Derek Kraus won the 20-lap last chance race over John DeAngelis and Austin Nason. Michael Bilderback finished fourth to grab the final transfer spot. 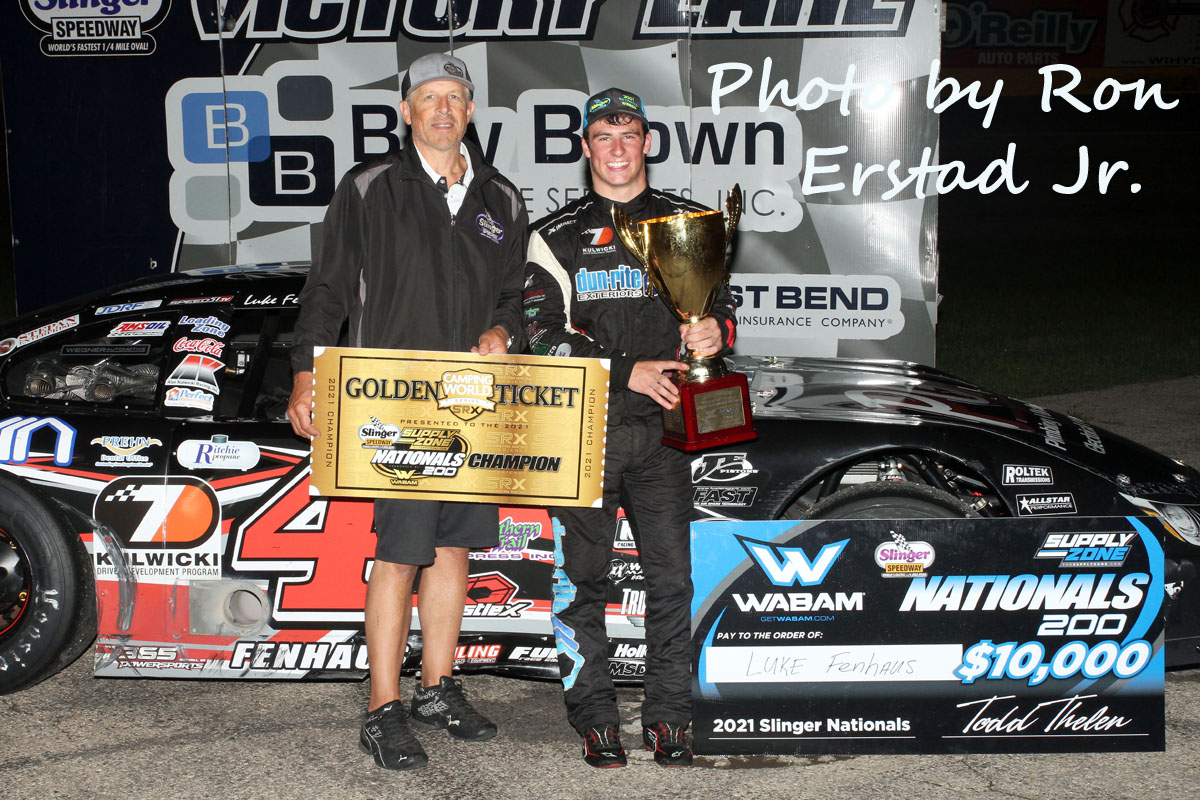 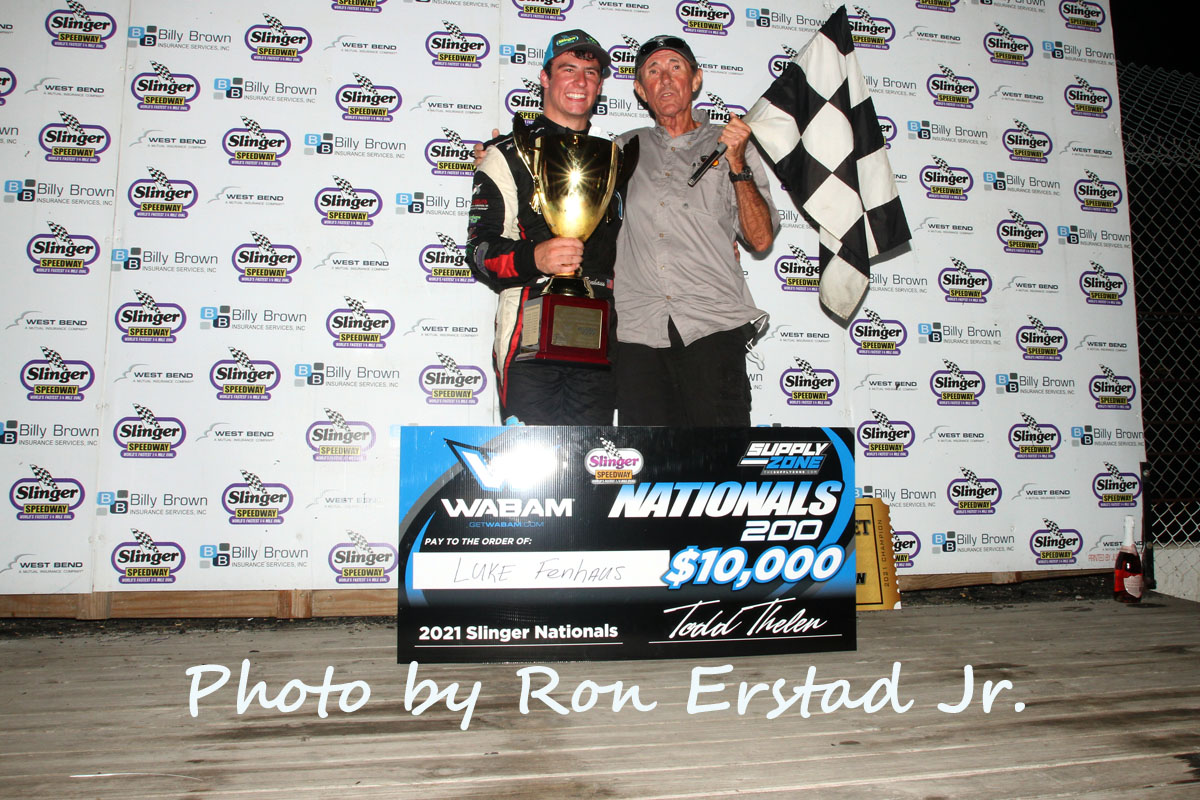 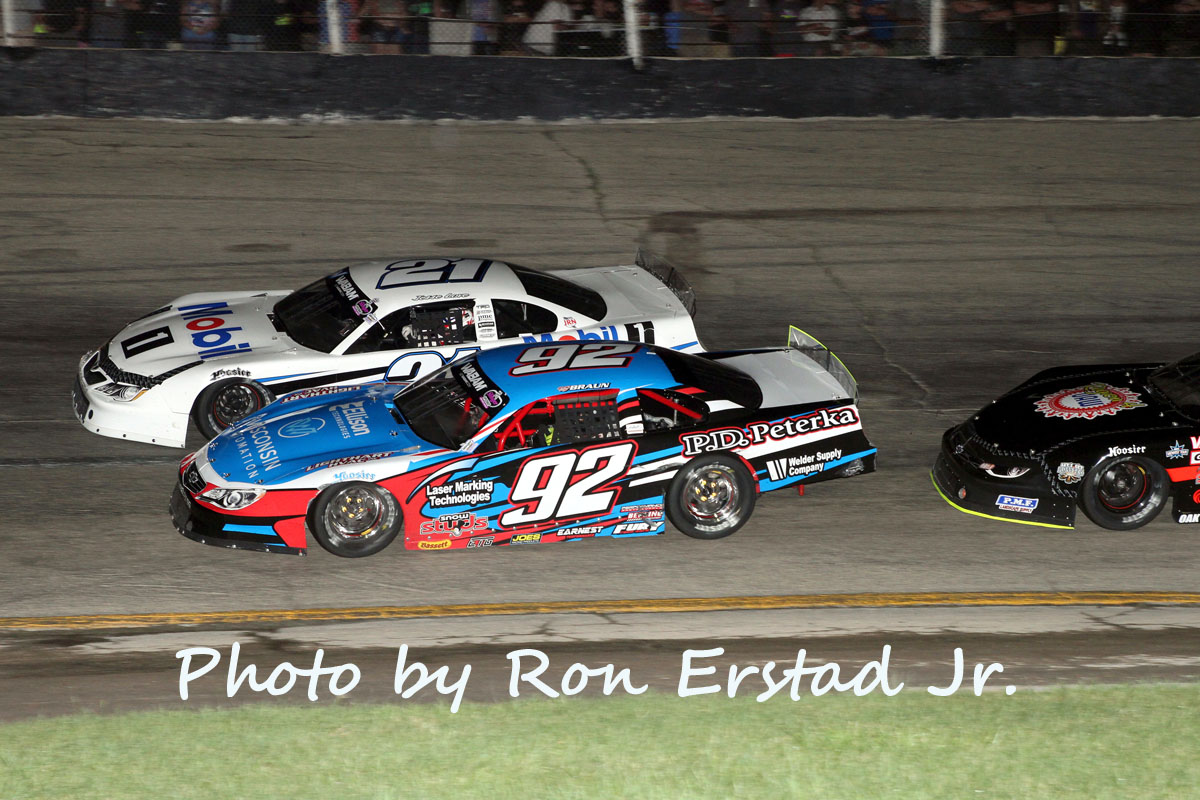 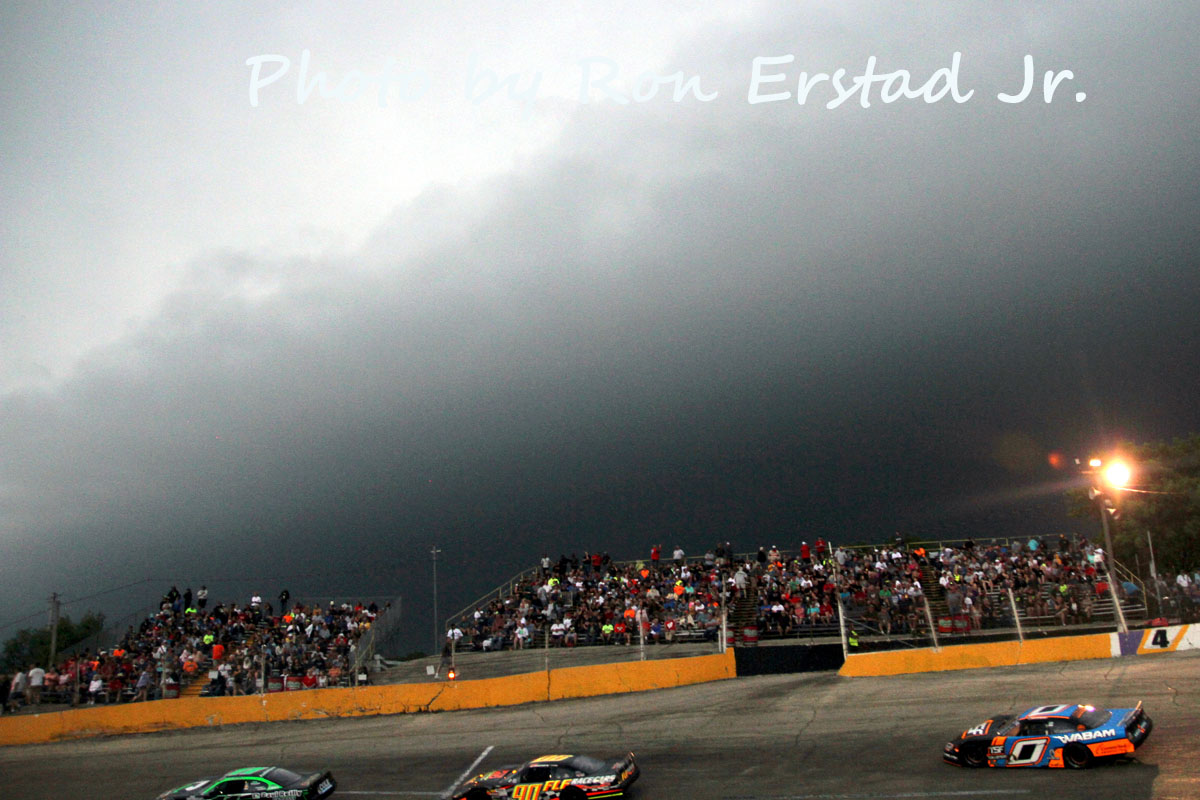 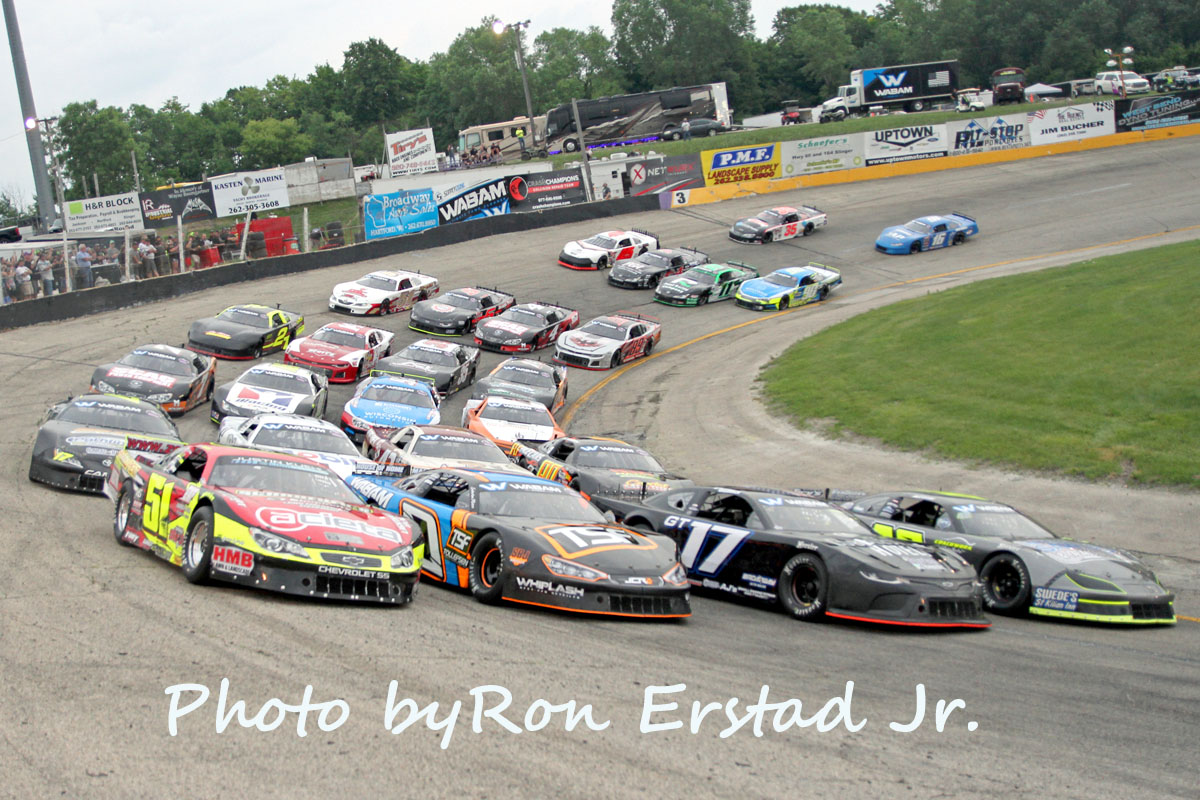 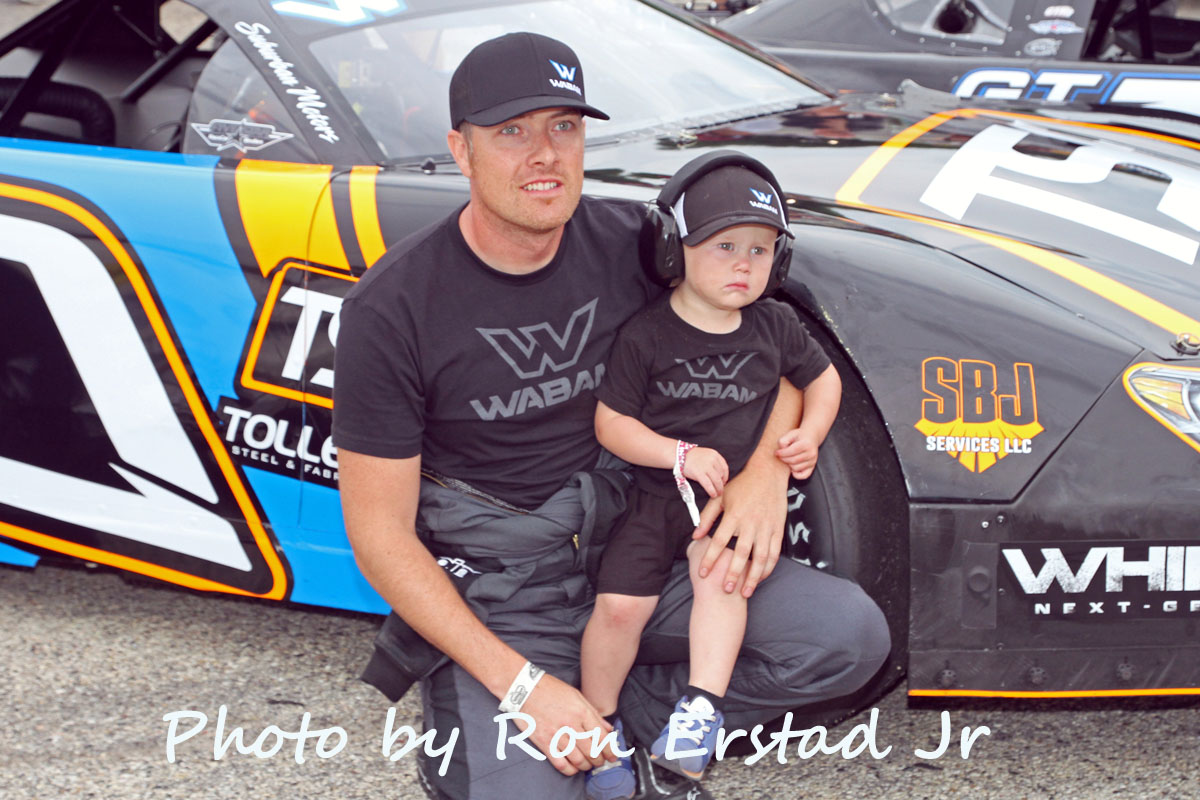 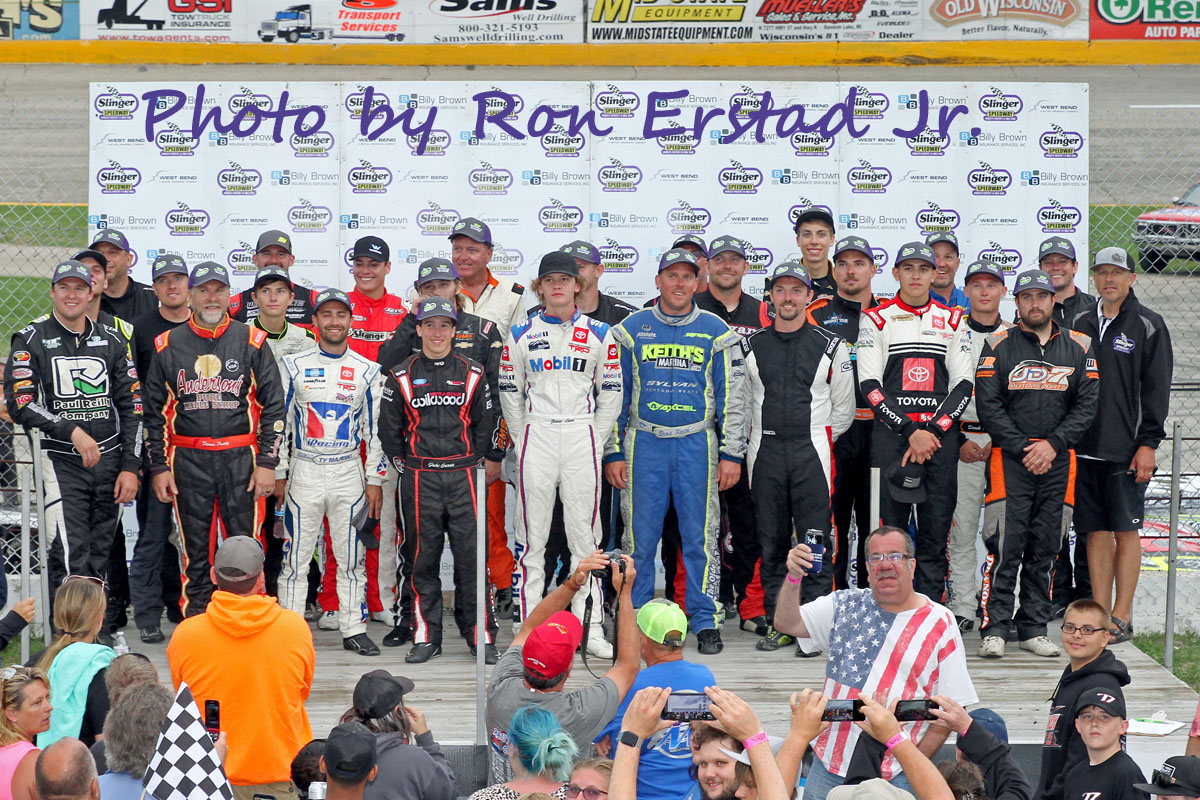 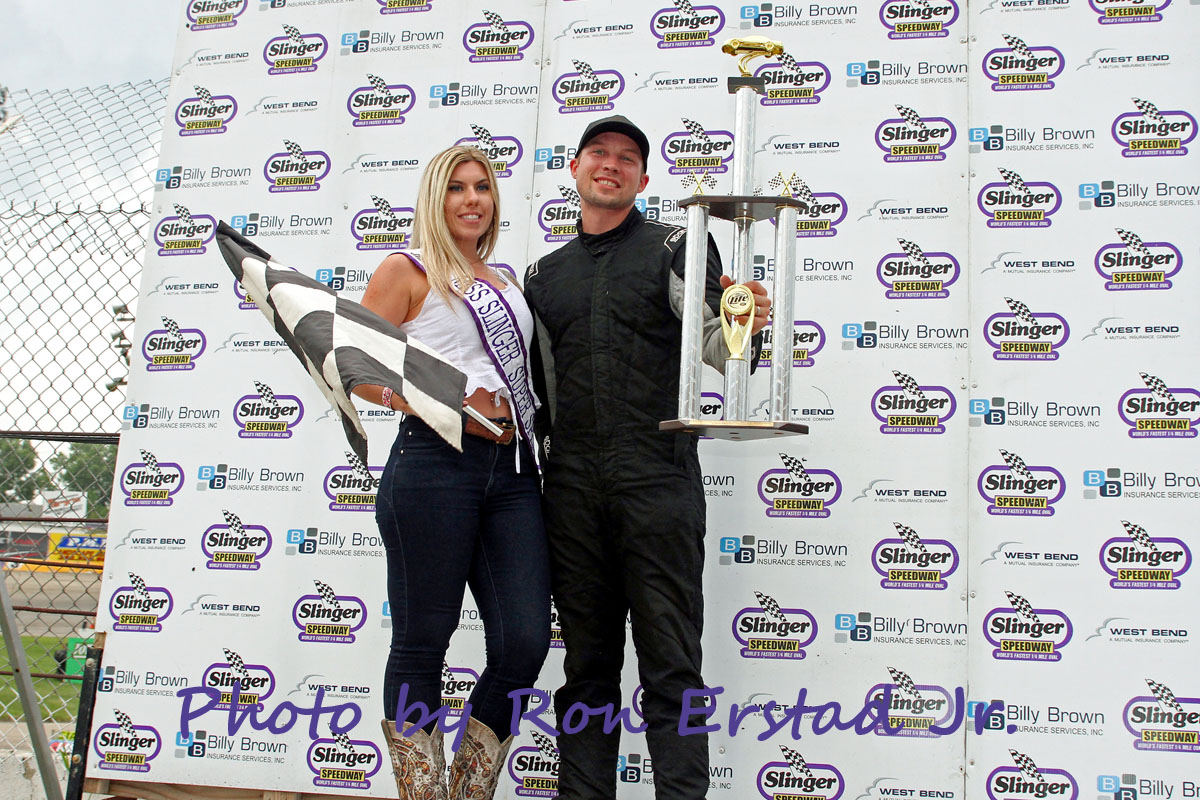 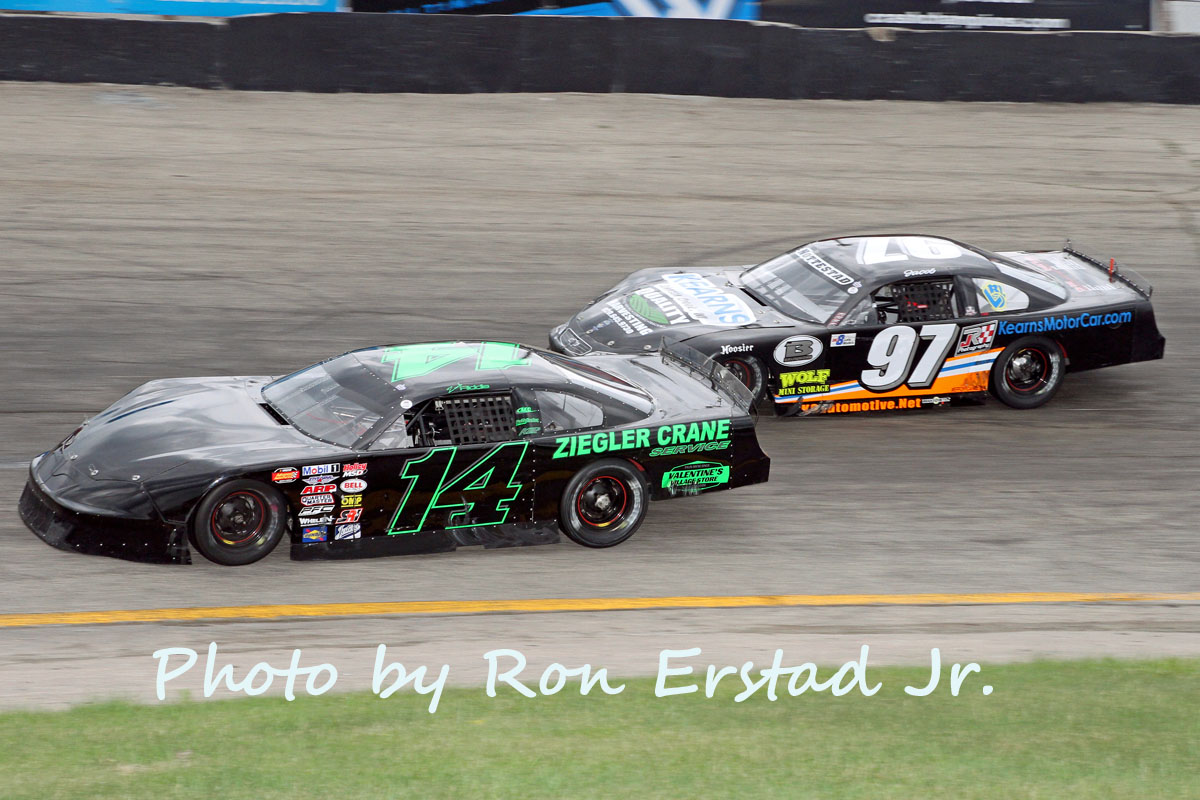 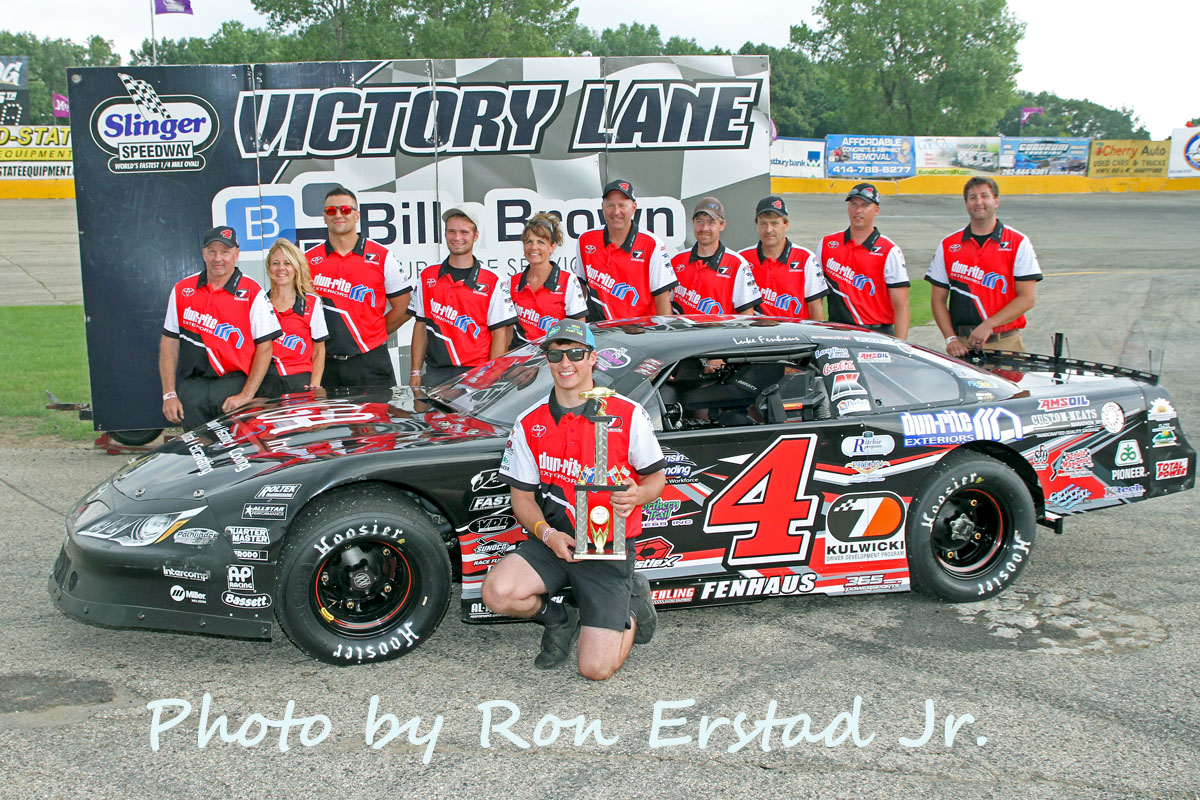 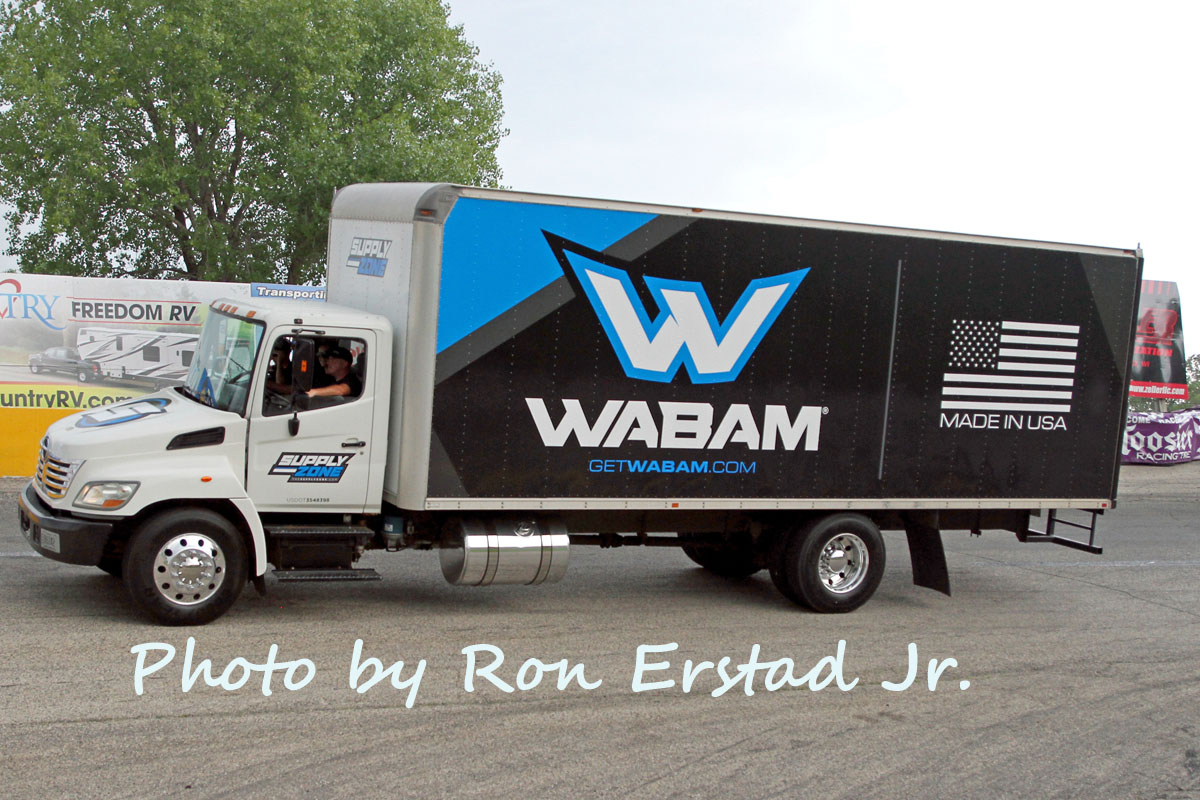 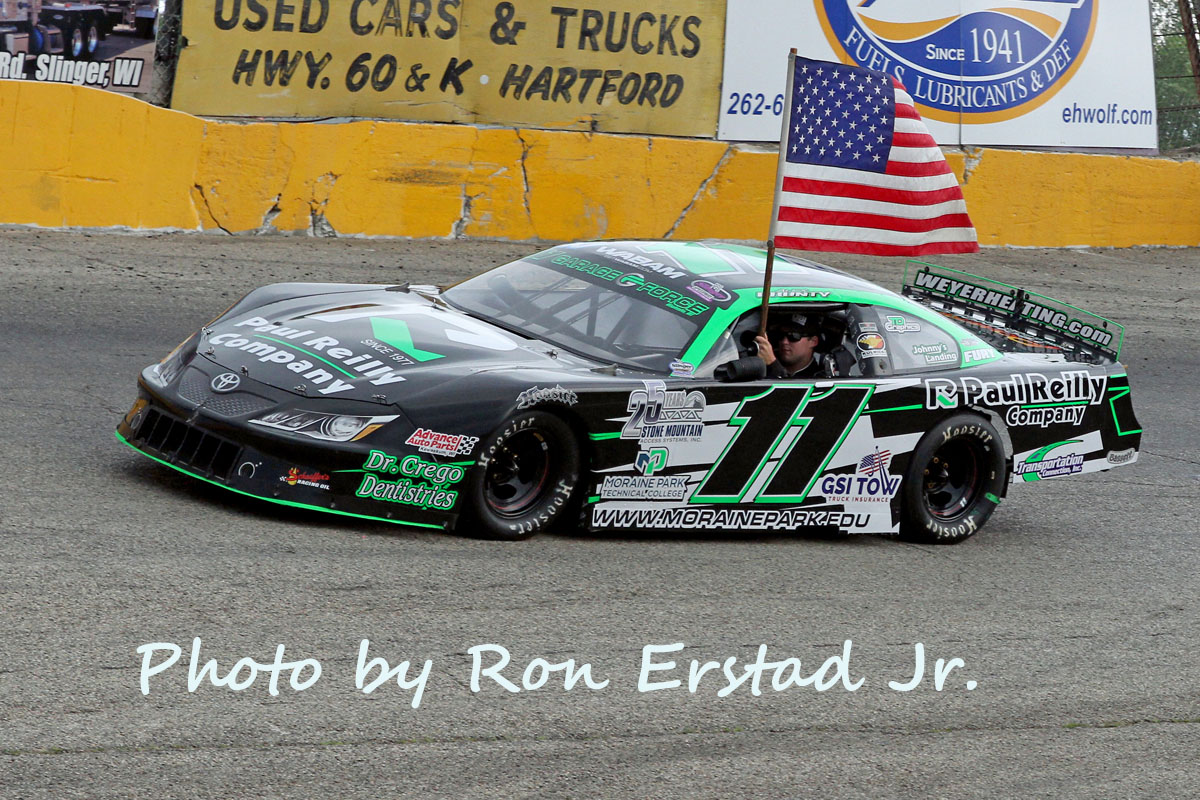 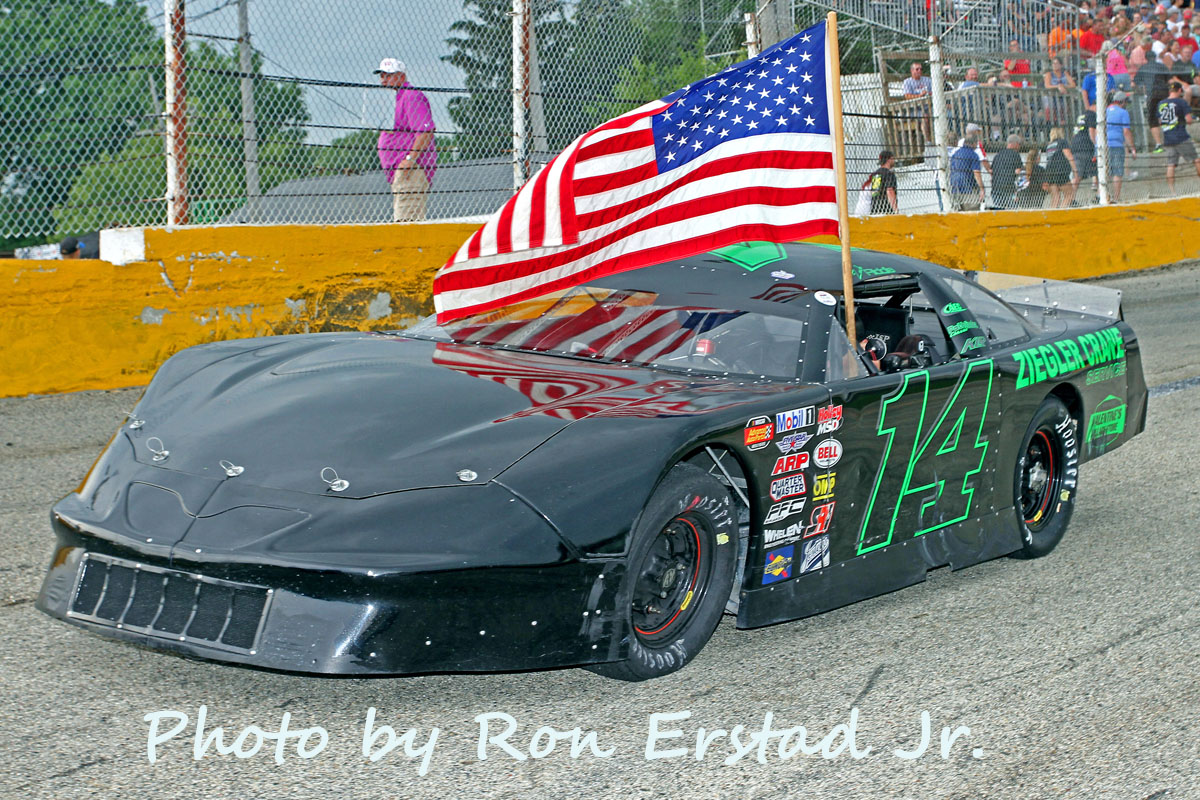 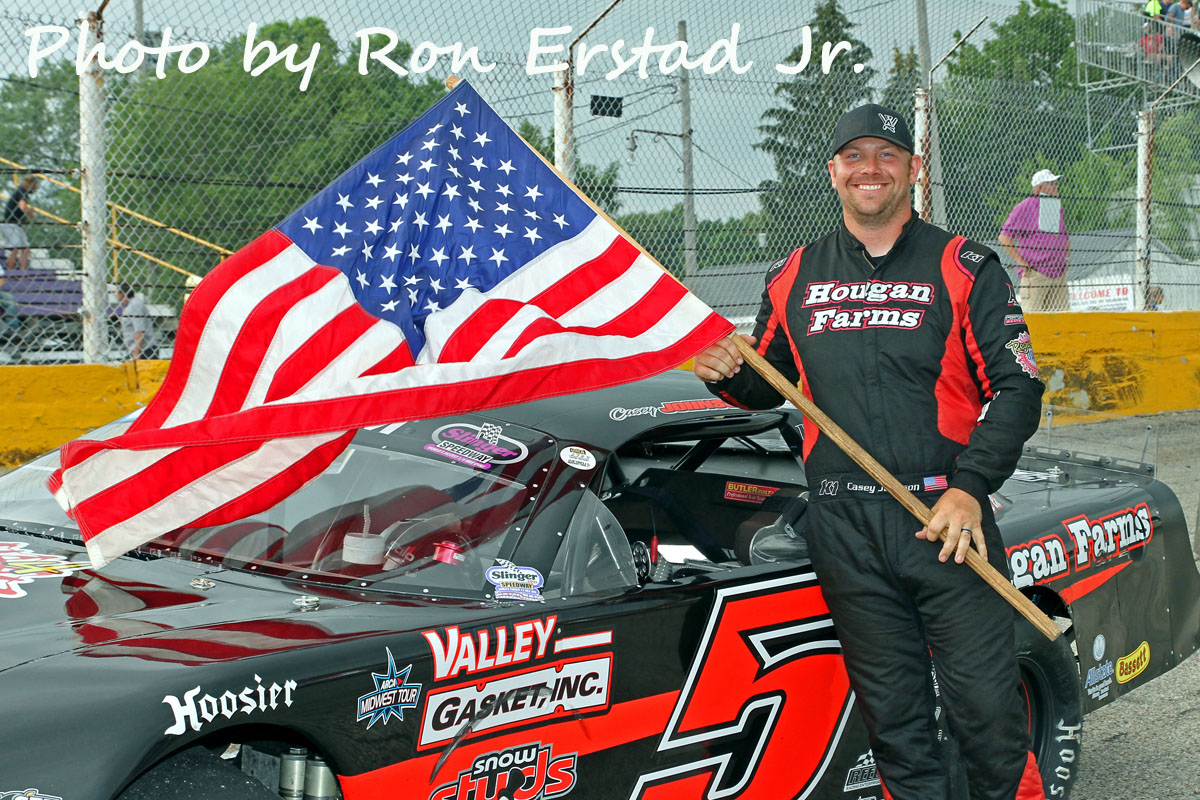 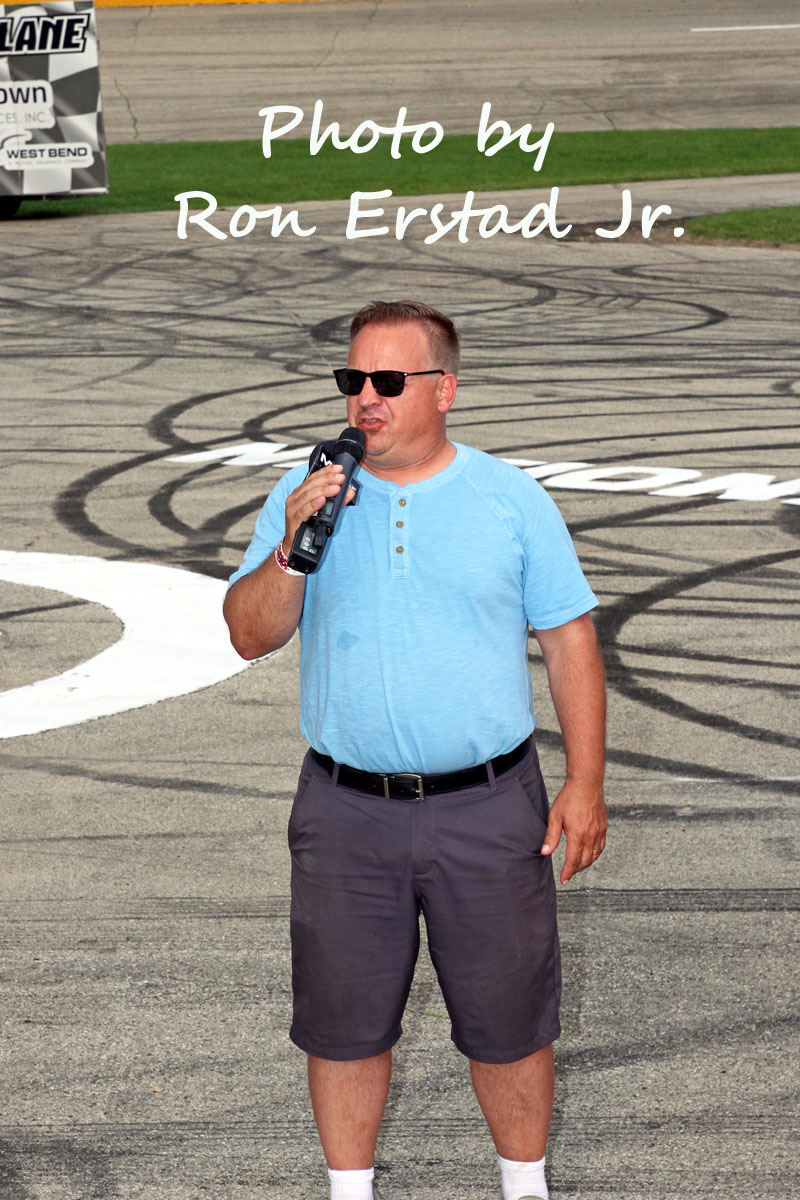 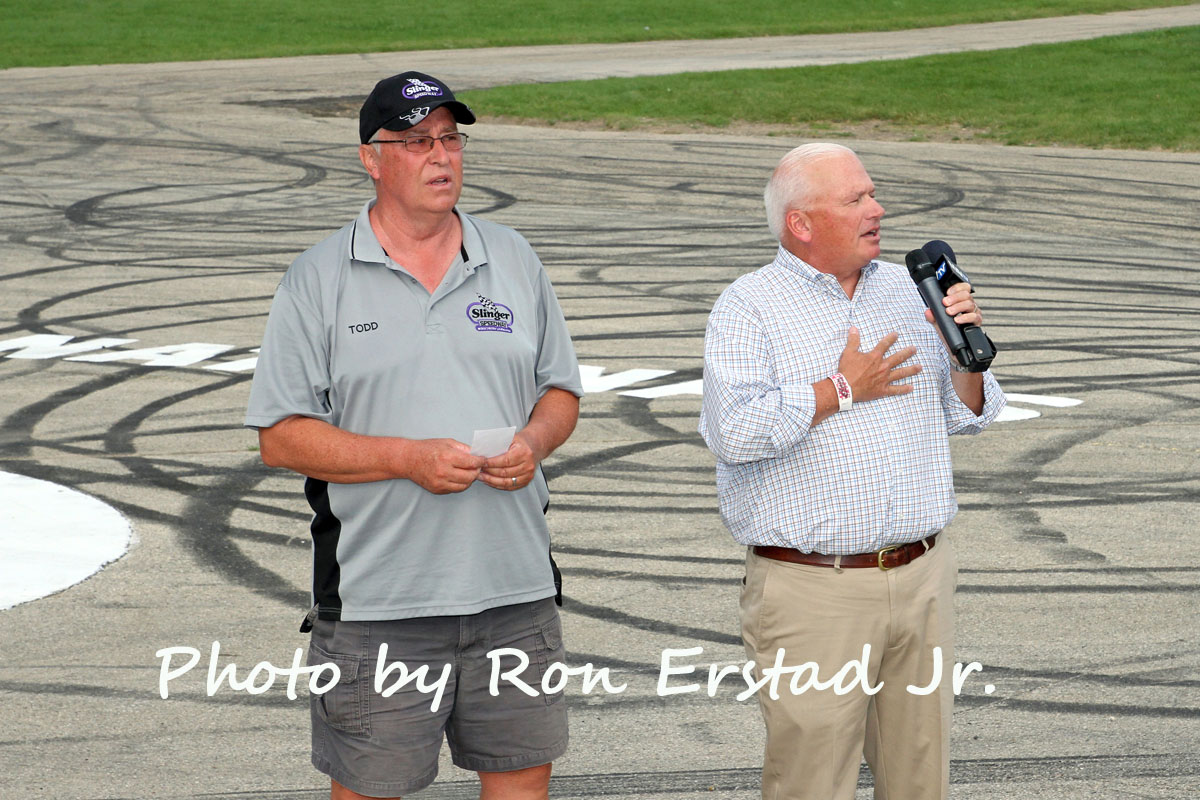 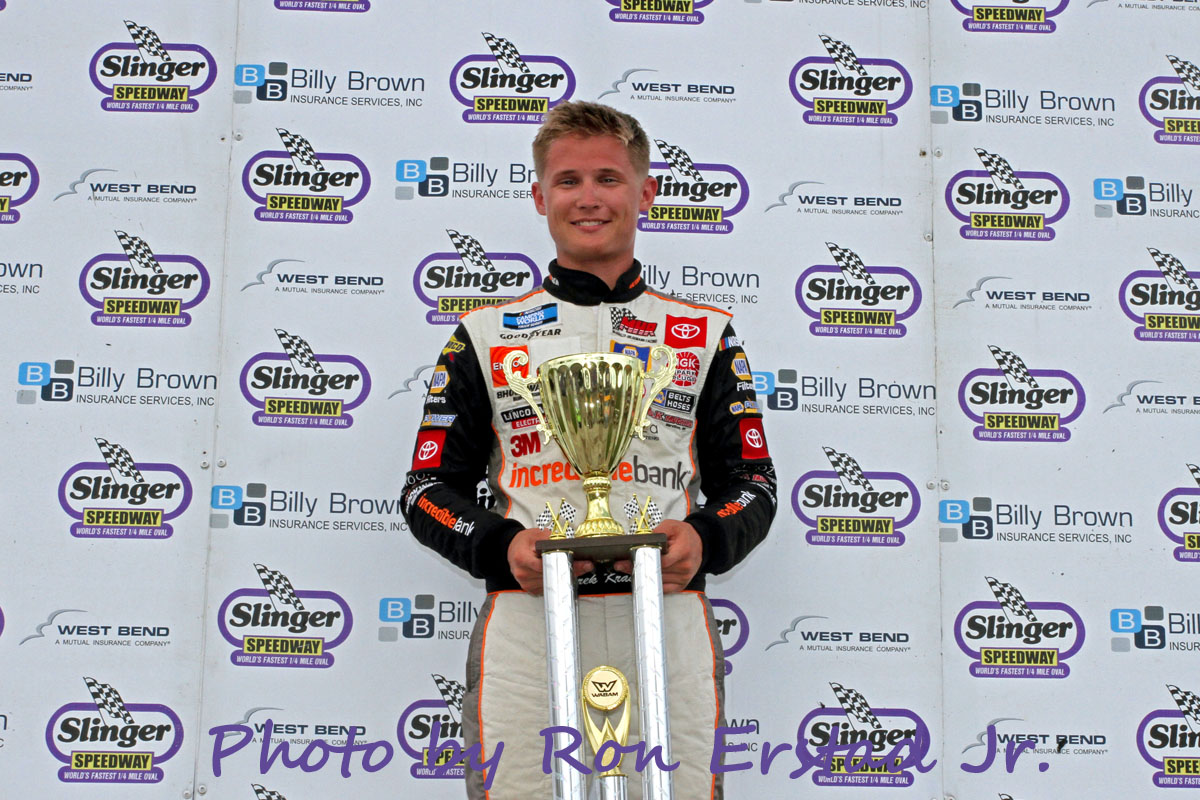 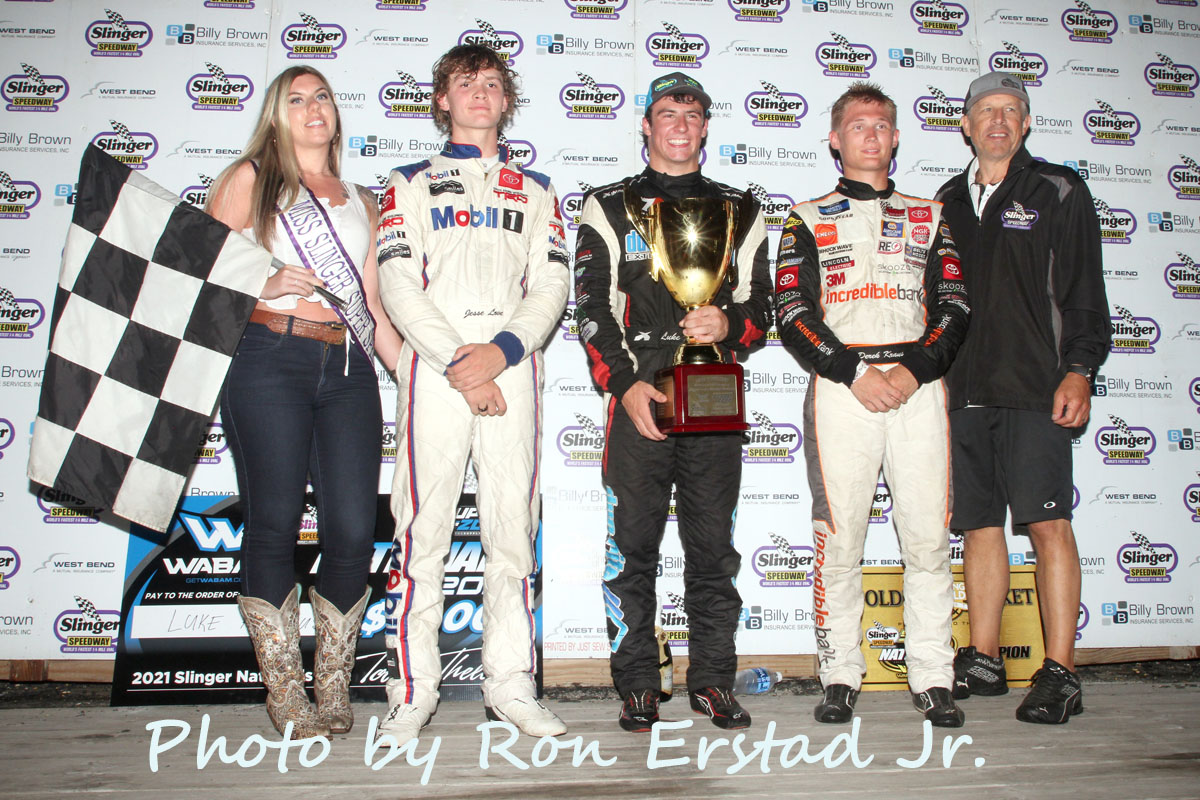 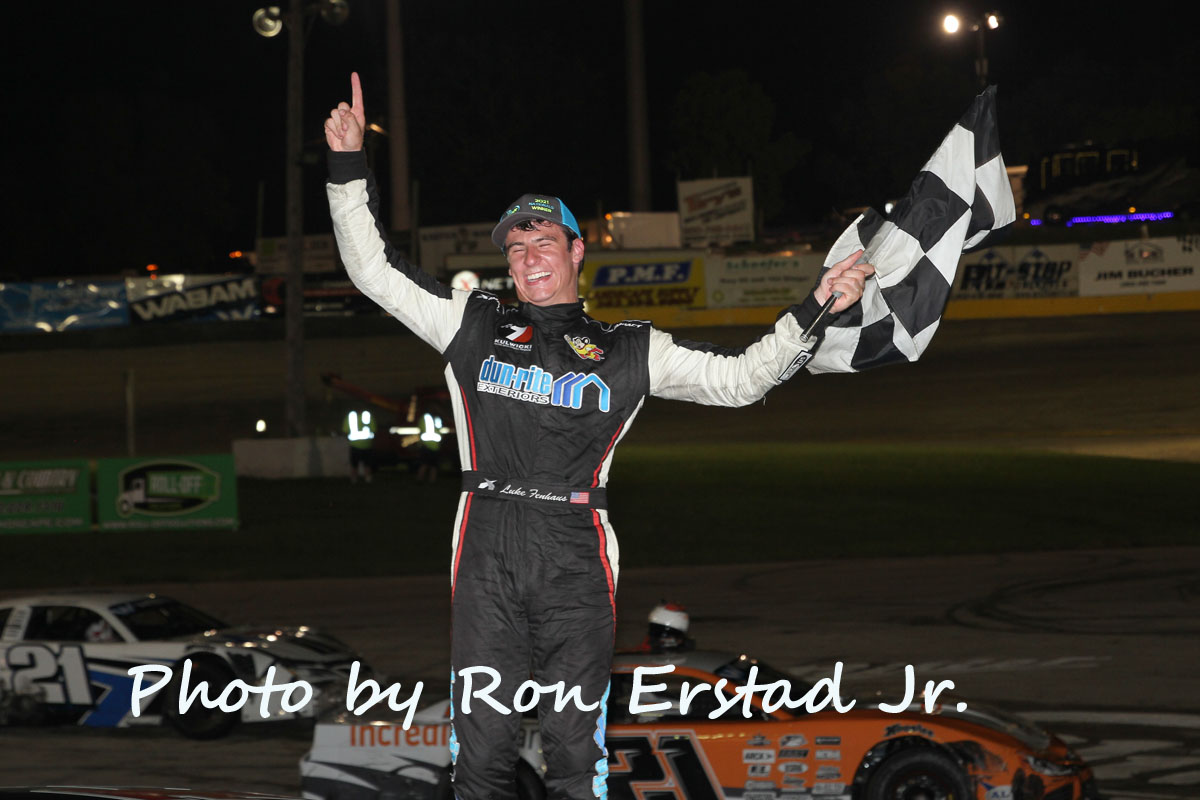