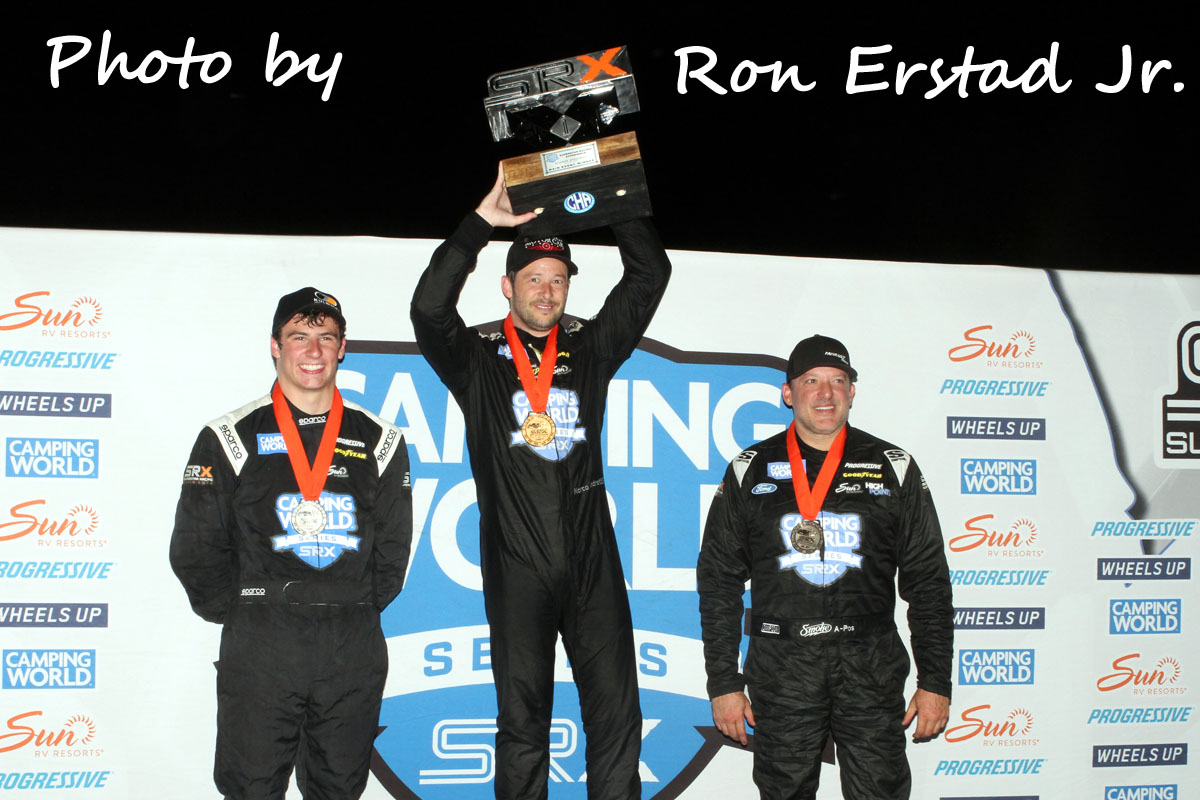 The third-generation racer whose grandfather is Mario Andretti and father is Michael Andretti held off local all-star Luke Fenhaus to take the win at the quarter-mile, high-banked asphalt oval 35 miles northwest of Milwaukee.

“Honestly, I know it’s not a popular win, but I tried to be as clean as possible,” said Andretti, a 16-year veteran of the NTT INDYCAR Series. “I’m so proud of him (Fenhaus). I’m trying to learn from him, to be honest with you. Just delighted to be able to do it without touching him. I know it’s not a popular win, but us old guys have to get it when we can. He’s young, he’s got a lot of time ahead of him. I had so much fun.”

Andretti beat the 17-year-old Fenhaus to the checkered flag by .194 of second in a green-white-checkered finish.

“I think he (Marco) jumped it a little bit, which didn’t help me at all,” said Fenhaus, who earned his spot in the 12-driver field by winning Tuesday night’s Slinger Nationals. “I was better on the top. I felt like we could roll on the outside. I was just worried that he’d shove me up the racetrack if I went to the outside. I probably would’ve lost either way. He would’ve run us hard. It is what it is. Second place, I can’t complain.”

Fenhaus started second and led 18 times for a race-high 92 laps. At 17 years old, he is the youngest winner in the 42-year history of the Slinger Nationals. The Wausau, Wisconsin-native skipped his planned start in the ARCA Midwest Tour championship at Grundy County Speedway in Morris, Illinois, to compete in the SRX race at Slinger, despite being second in the championship standings. It proved to be a good choice, as that race was rained out while the Camping World SRX Series event at Slinger ran under a clear sky.

“We talked about it Monday before the Slinger Nationals and decided that if we won the Slinger Nationals, it was kind of a no-brainer to run SRX,” said Fenhaus, a rising senior at Wausau East High School. “I’m glad we came here, for sure. Just to come here and enjoy the experience and to soak it all in – it’s crazy and surreal, to say the least. I loved every minute of it. If I could do it again, I would. Hopefully, it leads in the right direction for my career.

“It was an insane race. The race against Tony (Stewart) for that long, side-by-side, I’m glad we put on a show for the fans. I hope they all enjoyed it. It’s unreal to race against these guys. They’re so good at what they do. It’s hard to beat them.”

“My buddy Marco winning the race and us having another podium finish and gaining some more points in the standings with one race to go is a big deal to me,” said Stewart, a two-time winner already in the Camping World SRX Series. “The first five weeks of this series have been awesome. To go to three totally different racetracks – the three paved tracks are totally different from each other, and then two totally different dirt tracks – it’s been a lot of fun. To sit there each weekend and see how much fun everybody is having, that’s the payoff for all this. It’s payoff for all of us as drivers.

“To get ready for this race, I watched some YouTube videos and Luke Fenhaus was the star of a lot of them. Getting to spend the day with that kid has been the highlight of my day, to be honest. He’s the most composed 17-year-old I’ve ever seen. There are kids in the (NASCAR) Truck Series and Xfinity Series who don’t have the composure that this guy’s got. I hope somebody will give him a shot, even if it’s a one-race deal to give him a crack at it and make himself a name.”

Fourth place went to Hailie Deegan who raced in place of Tony Kanaan as a schedule conflict prevented him from competing at Slinger.

“It’s been so much fun. I love it. The SRX series is great racing,” said Deegan, who finished second to Stewart in her first Camping World SRX Series start June 19 at Knoxville (Iowa) Speedway. “Coming back to short-track racing reminds me of my (NASCAR) K&N West days and I just enjoy it so much. It brings back such good memories and some good racing. These cars are amazing, and I feel like there is a lot of great talent out here.”

The Camping World SRX Series features world-class drivers from an array of motorsports backgrounds competing in identically prepared racecars on some of the most iconic short tracks in America. With five rounds in the books, the inaugural six-race series culminates with the season finale July 17 at the Nashville (Tenn.) Fairgrounds Speedway.

“I’m really happy for Marco, and Luke Fenhaus did an awesome job tonight. You’re going to hear a lot more about that kid. Seventeen years old and much more mature than that in a racecar,” said Ray Evernham, co-founder of the Camping World SRX Series. “You can’t overlook the talent that’s coming out of these short tracks across America. Every Saturday night, we need to go and support those short tracks so that talent like that can get to the big-time. I’m just proud of the way this series has been able to showcase the short tracks, the drivers, the crew chiefs. There’s a lot of talent out here on Friday and Saturday nights.

“Look at this crowd, they haven’t left. They want to come in here and see these cars, they want to see what’s going on, they’re chasing drivers for autographs and doing a lot of different things and they enjoyed it. So that tells me we’re doing something right. If the fans like it and they keep watching it on TV, then we’ll keep doing it.”

Deegan will rejoin the Camping World SRX Series at Nashville, and the season finale will also feature Chase Elliott.

Elliott is the reigning NASCAR Cup Series champion and he will join his father, Bill Elliott, in the race that will air live at 8 p.m. EDT on the CBS Television Network and streamed on Paramount+ Premium.

The lone time Chase and Bill competed together on the same track was on Oct. 20, 2013 in the Alabama Pro 125 Late Model race at South Alabama Speedway. Chase won and Bill finished fourth.

About Camping World SRX Series:
The Camping World SRX Series was created by a team consisting of Sandy Montag and The Montag Group, George Pyne, NASCAR Hall of Fame crew chief and team owner Ray Evernham, and legendary driver Tony Stewart. The Montag Group leads business operations and Evernham oversees all racing operations. Pyne is a member of the Board and serves as an advisor. For more information, please visit us online at www.SRXracing.com, on Facebook, on Twitter and on Instagram. 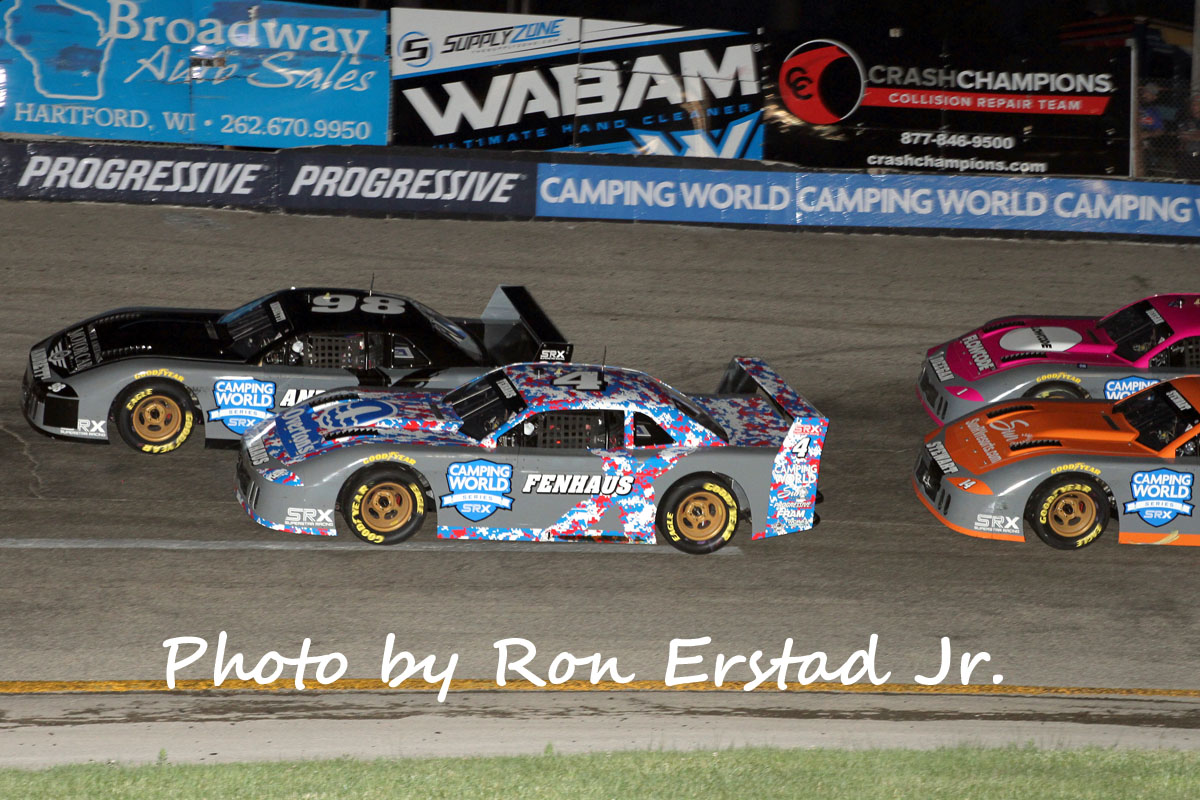 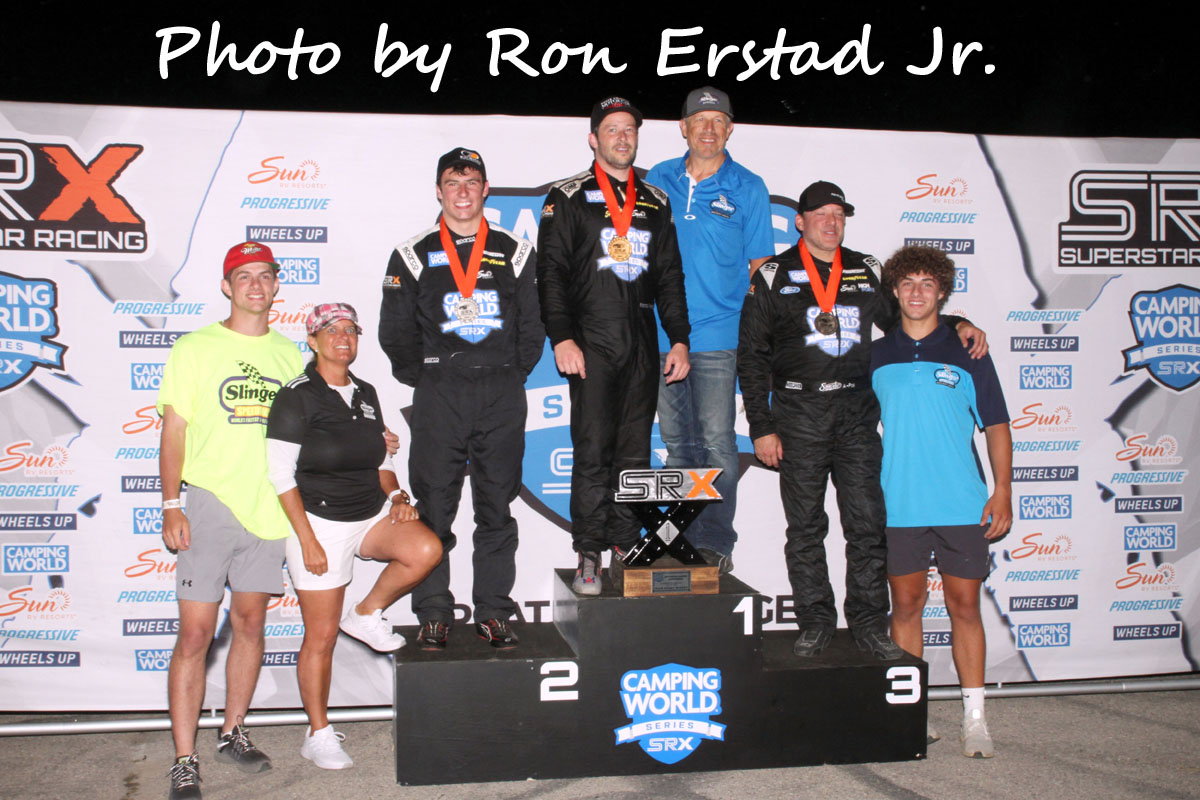 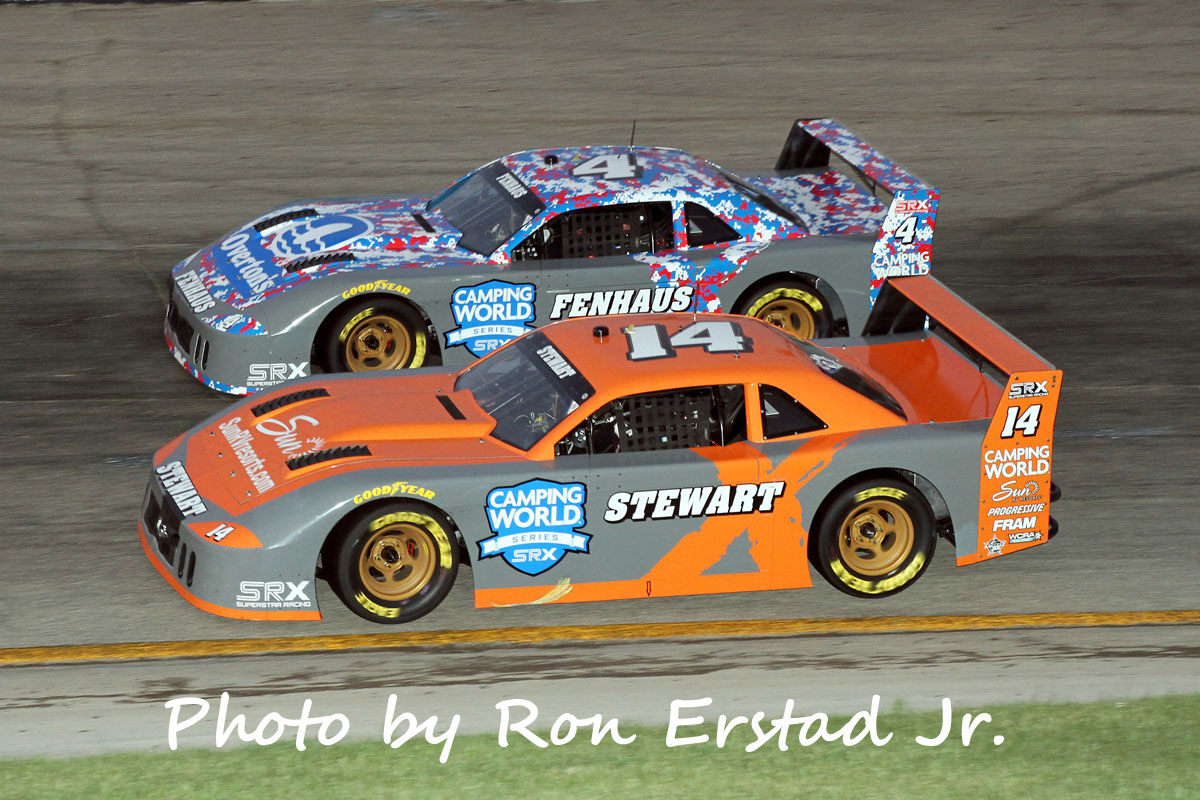 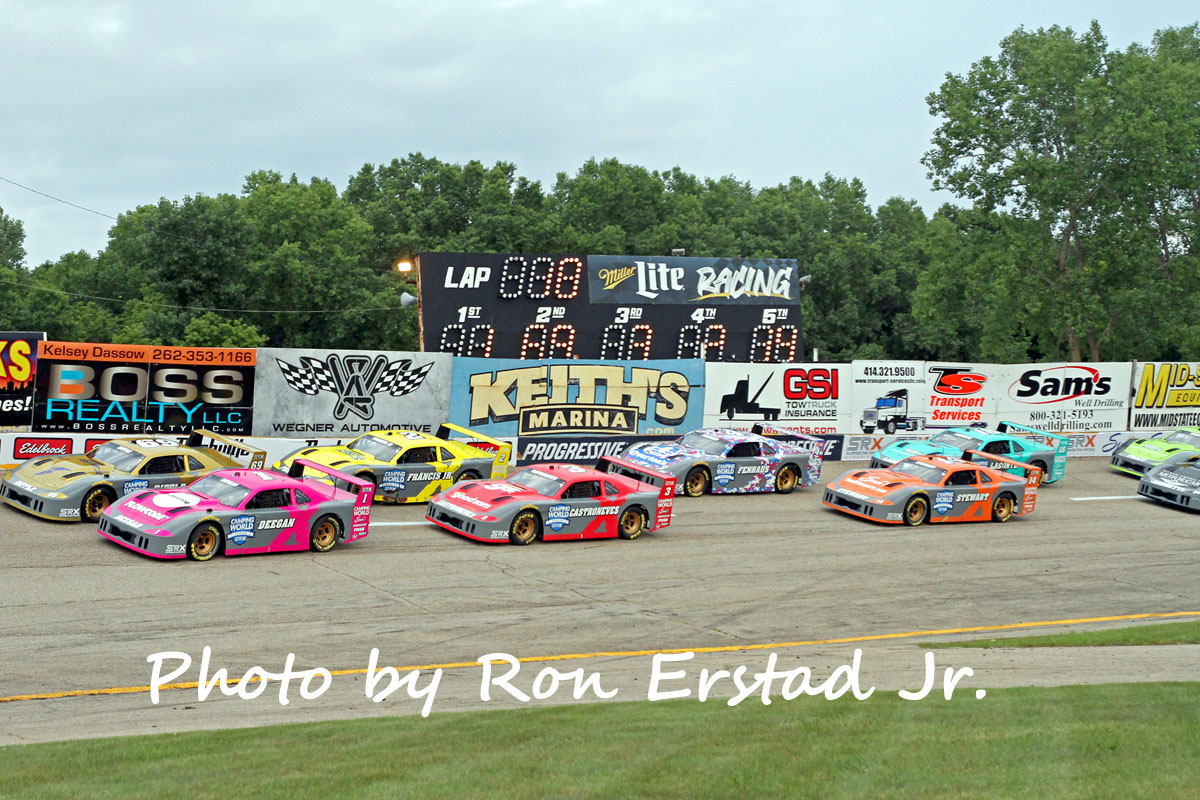 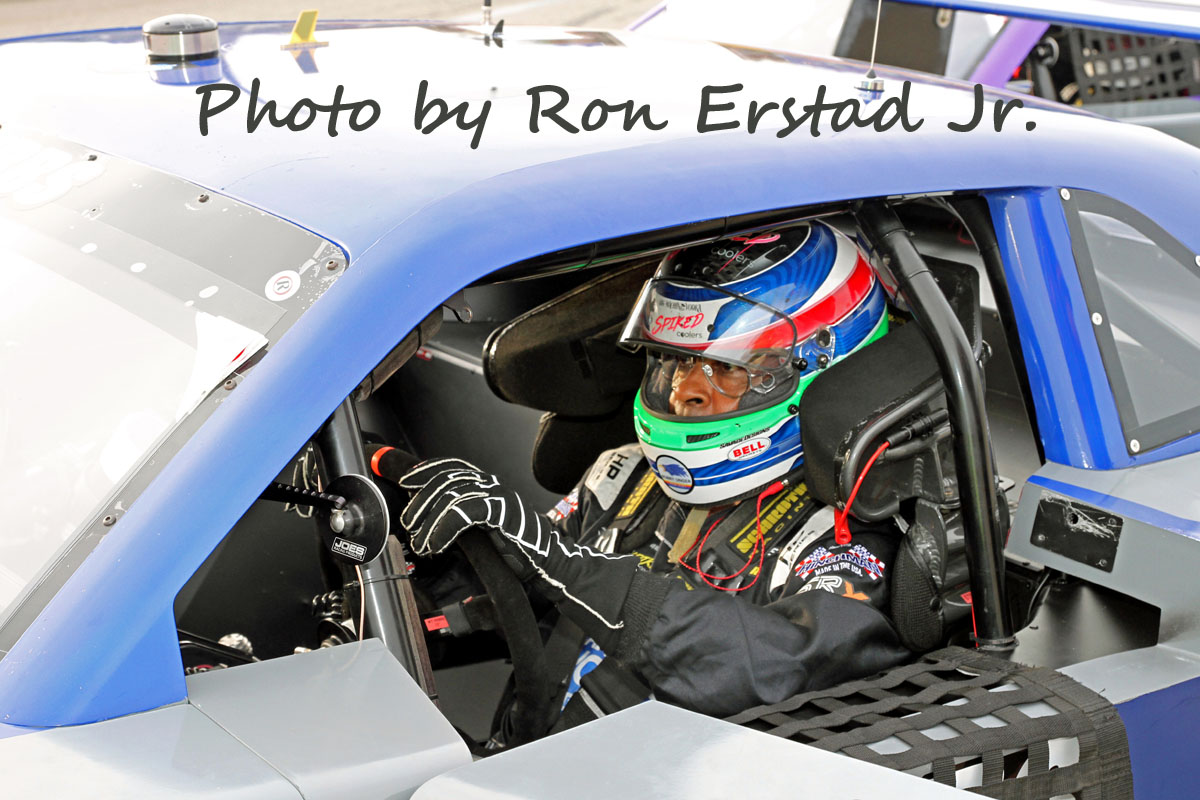 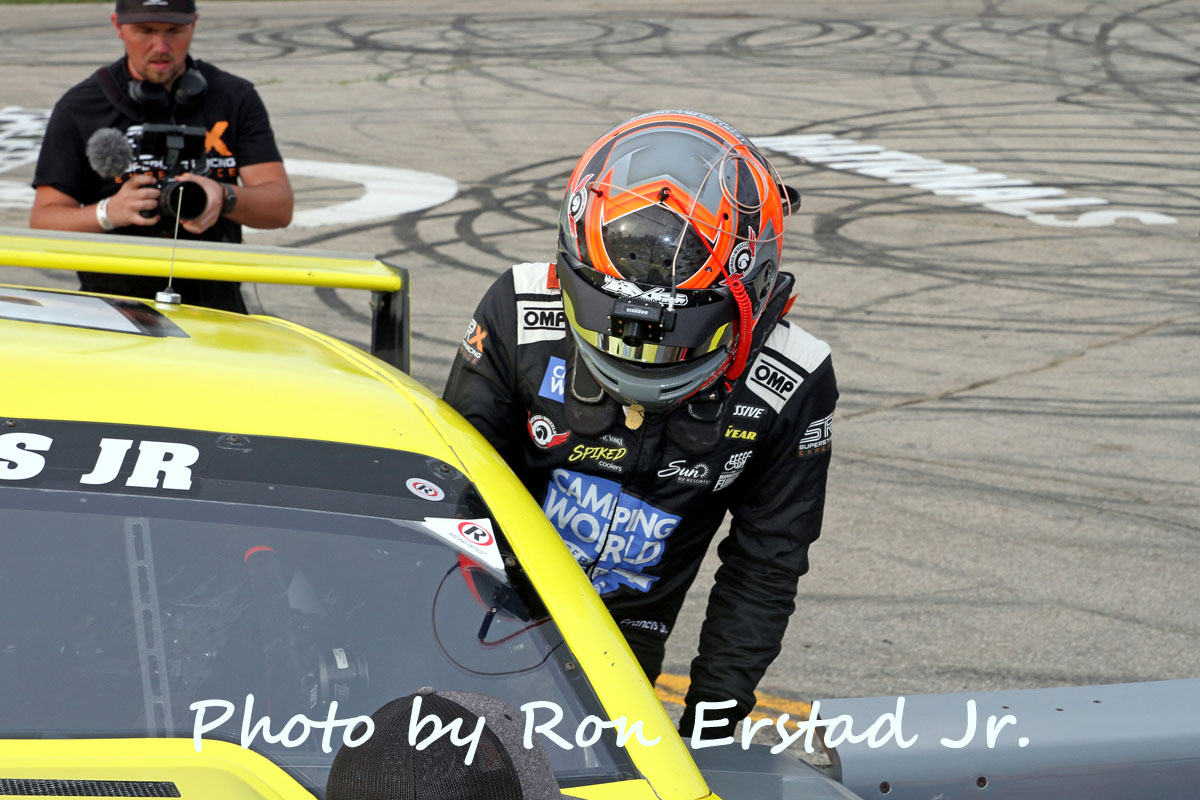 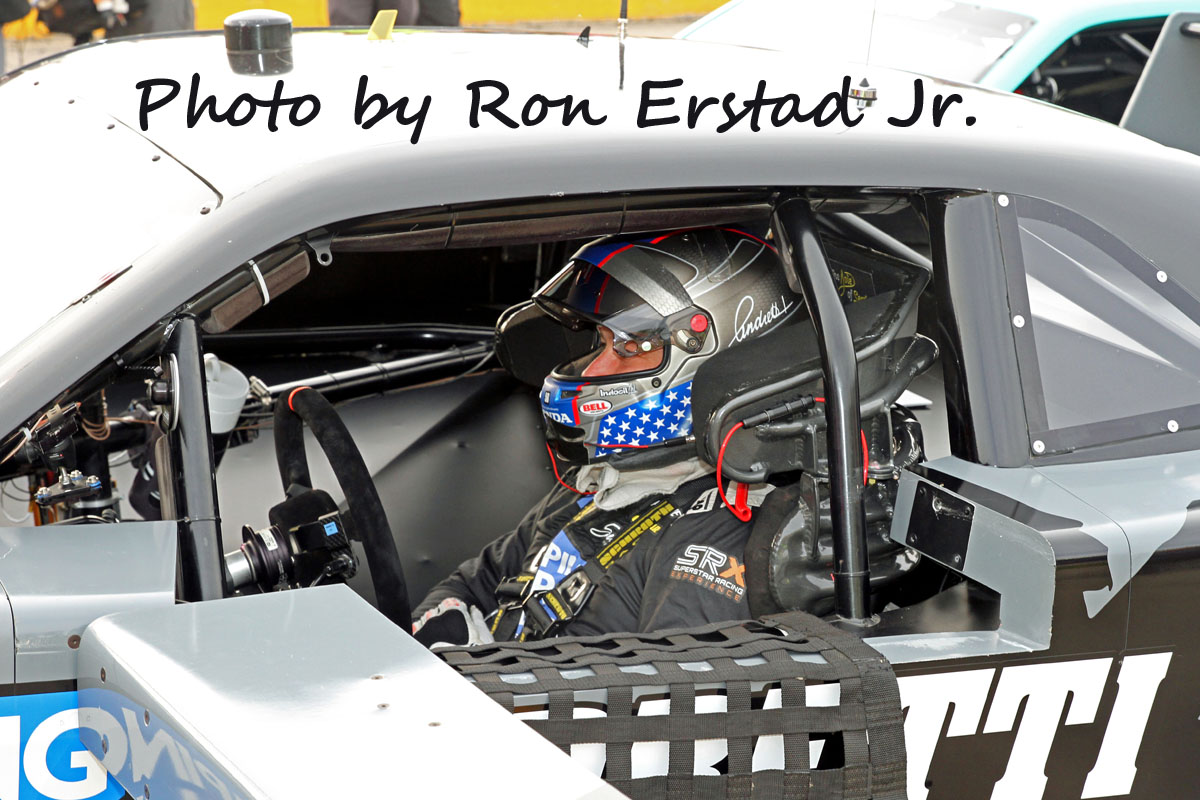 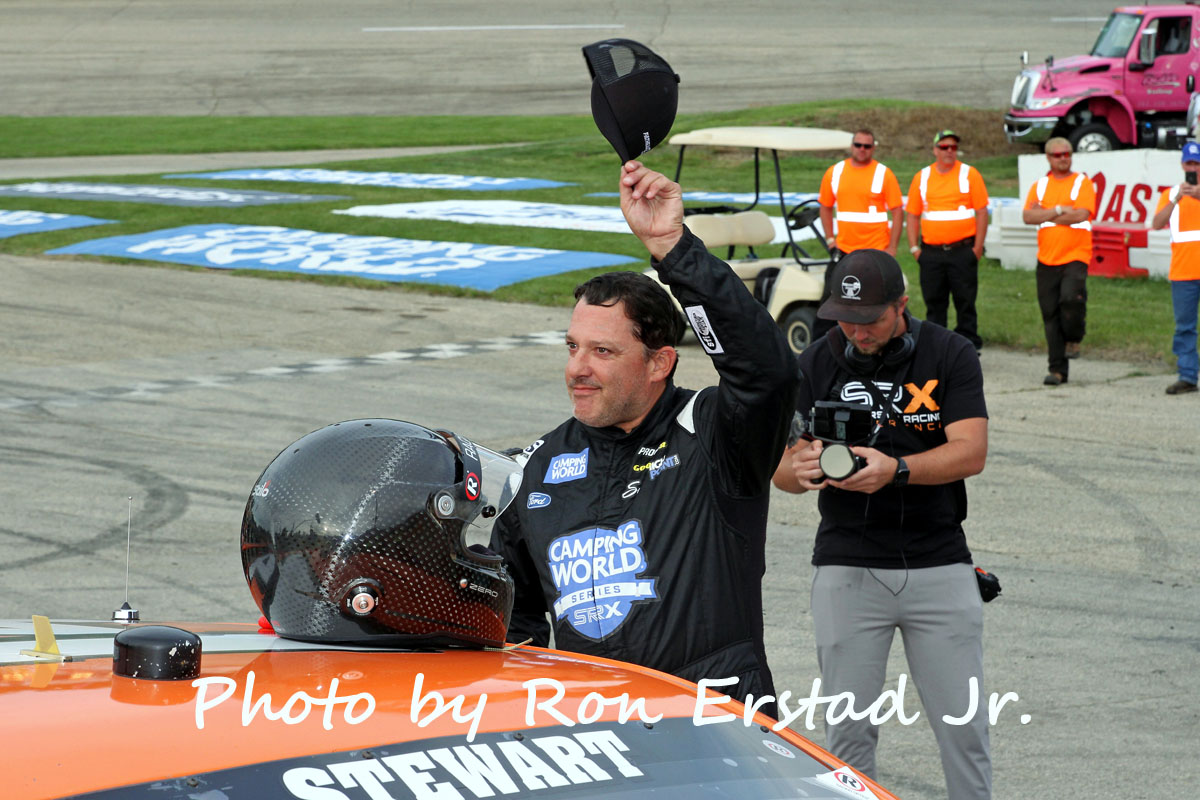 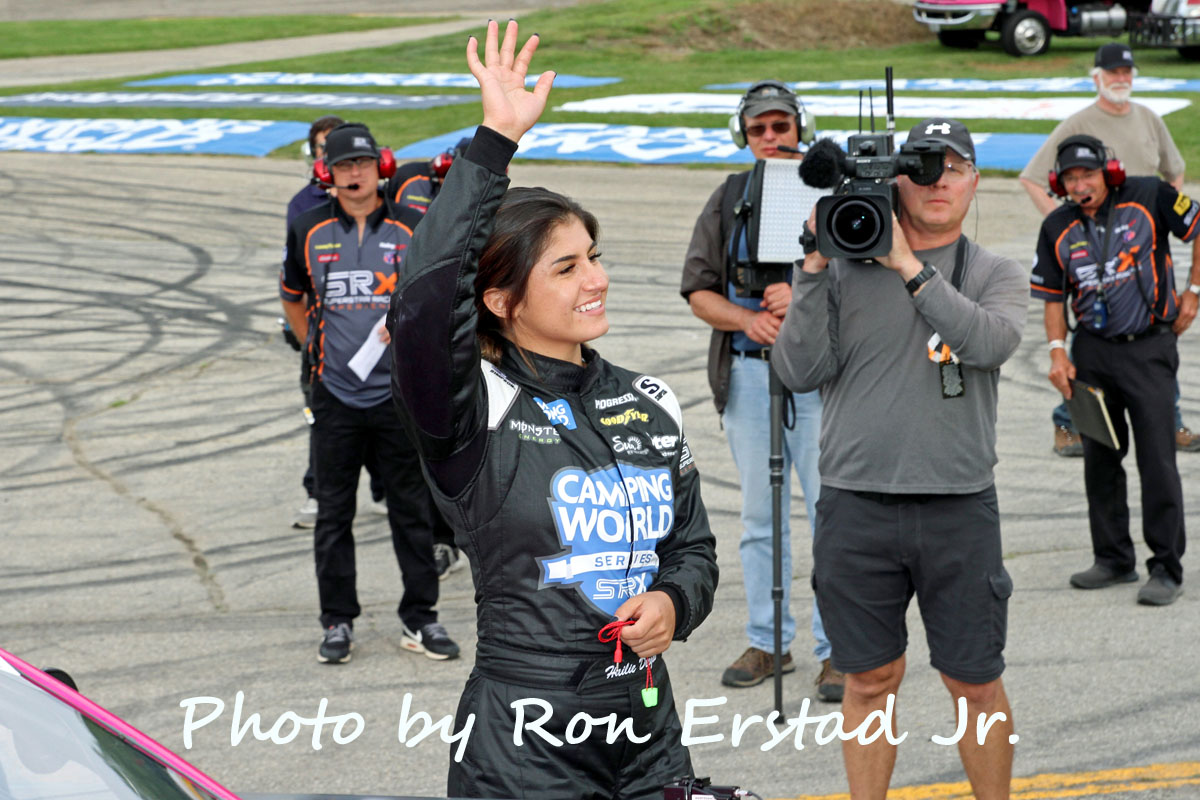 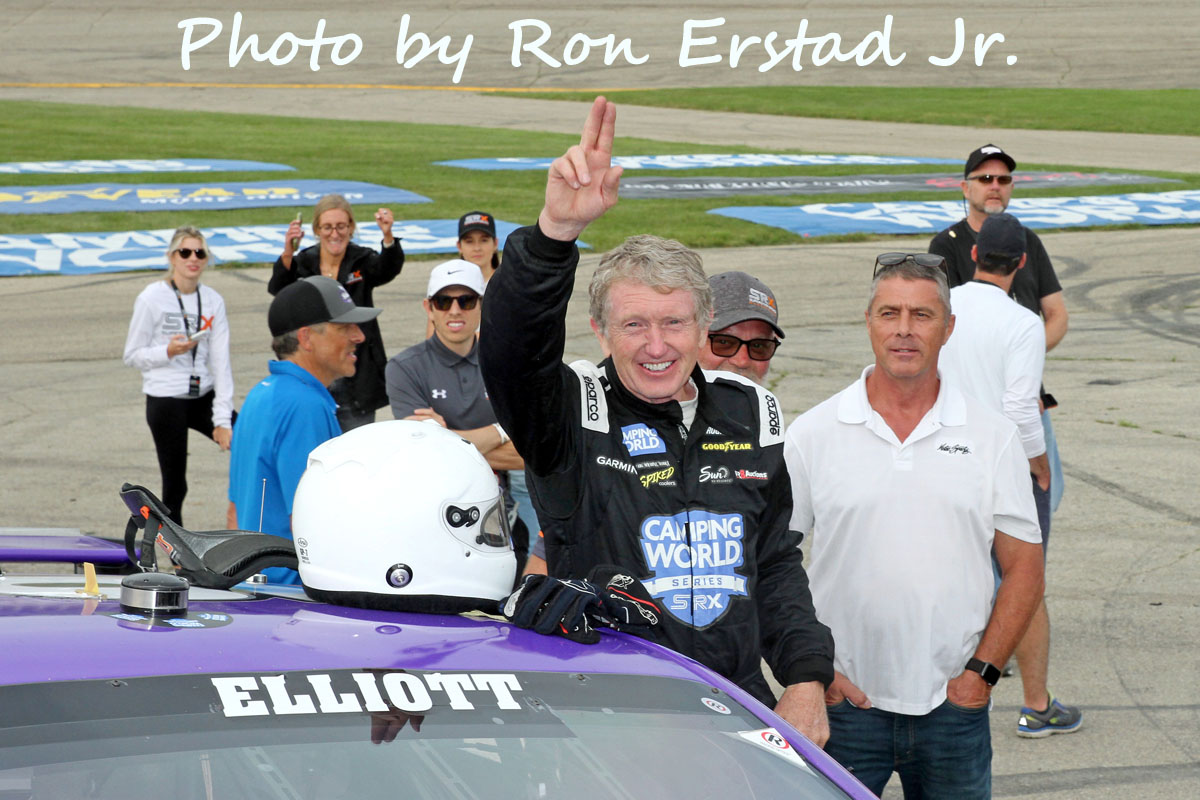 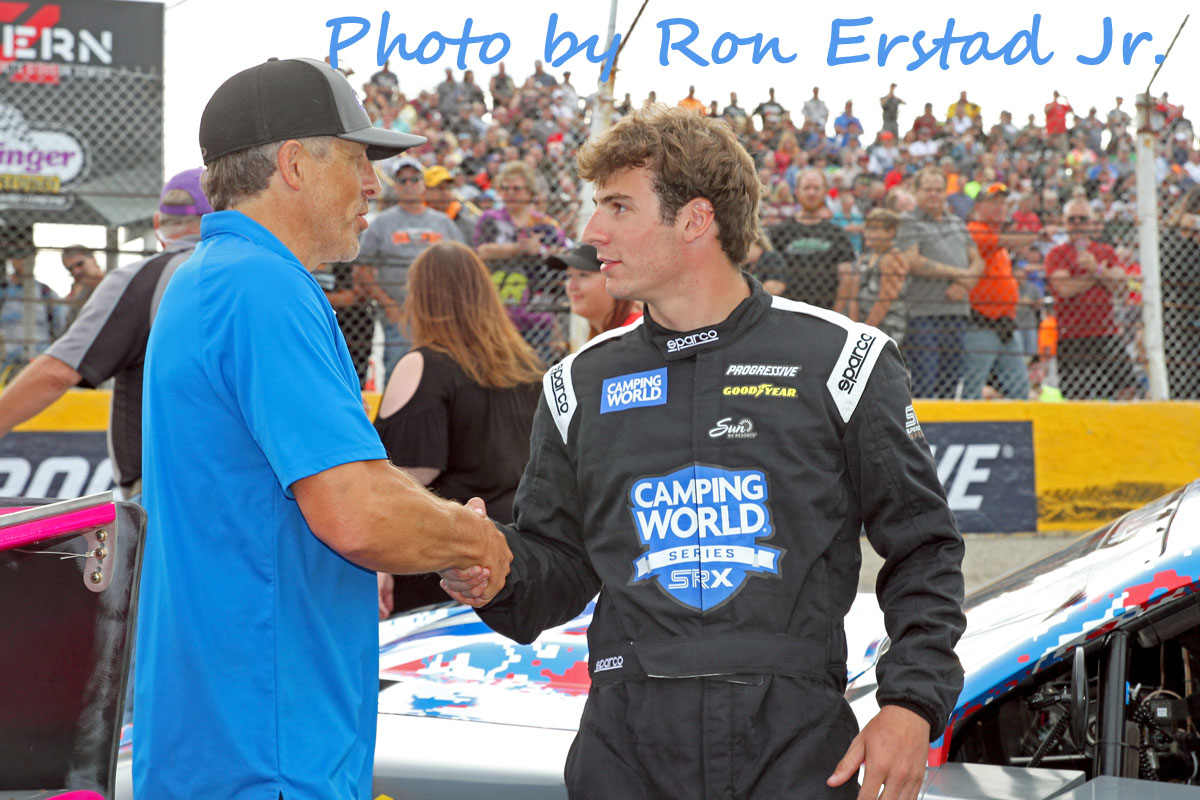 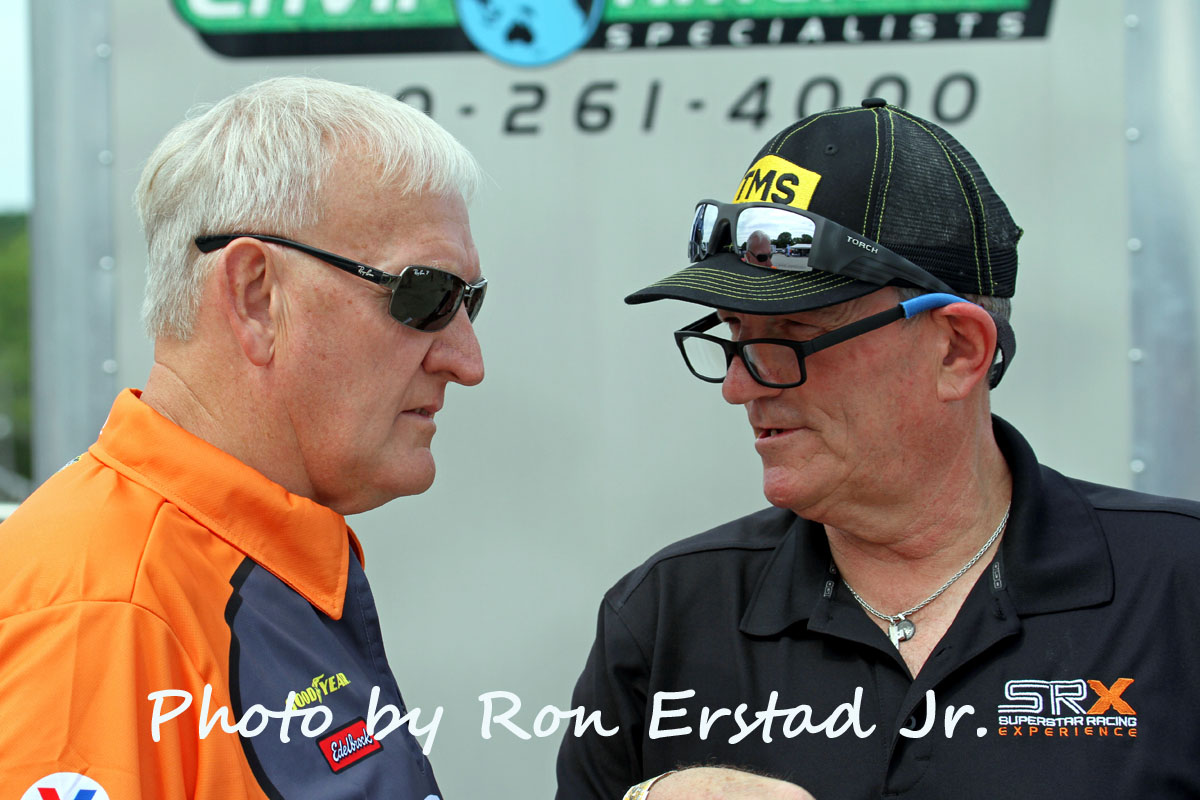 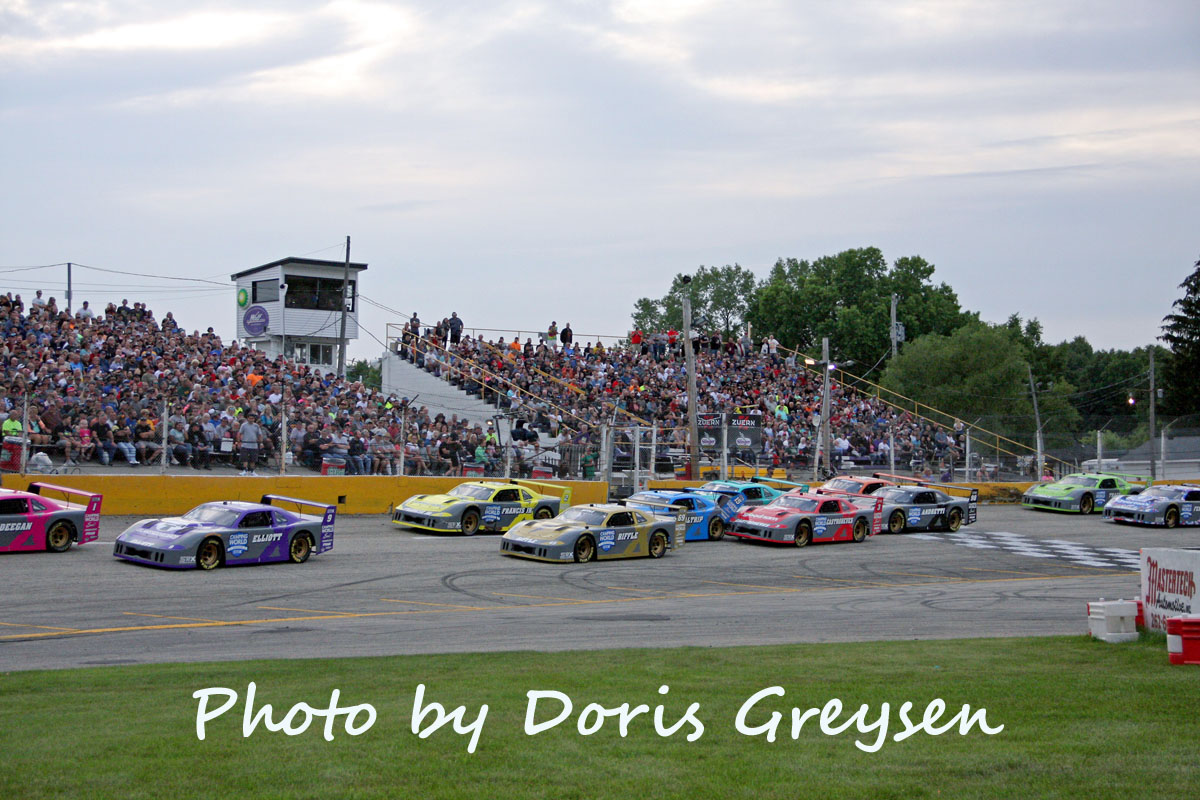