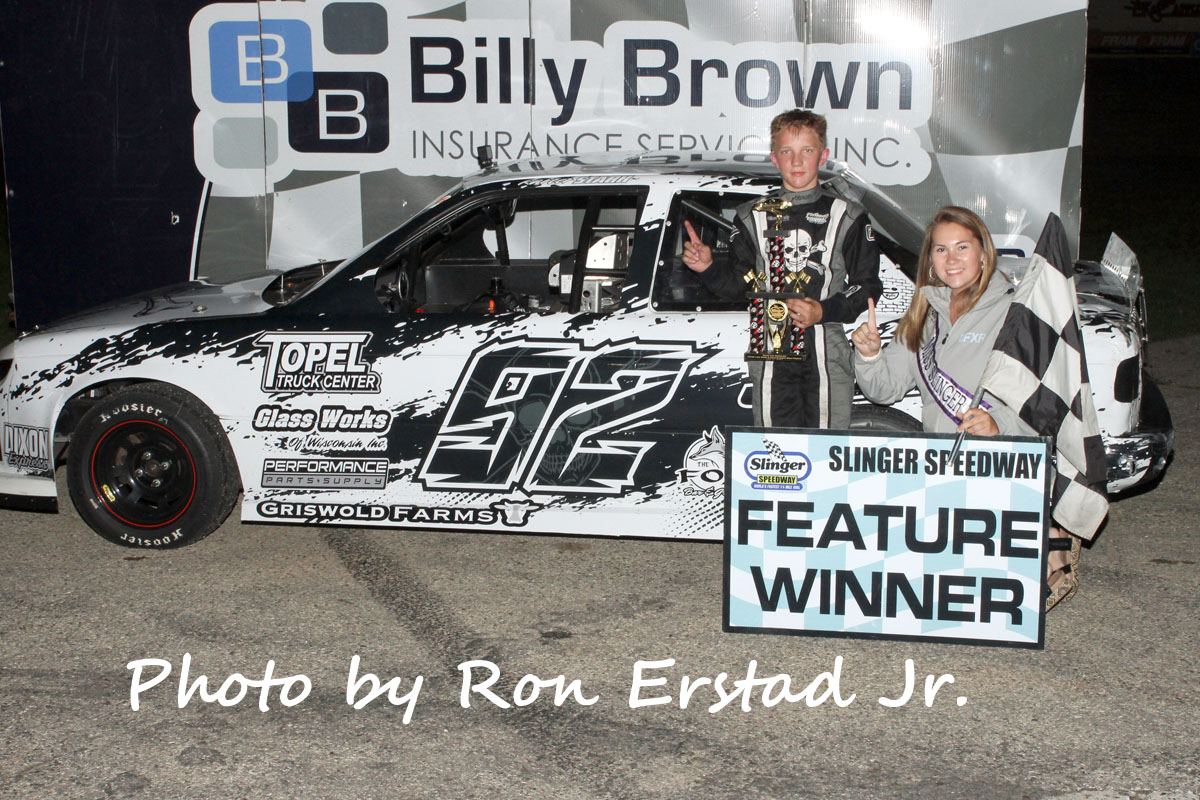 Karter Stark drove to a dominating win in the 30-lap feature for the Slinger Beez division while Zach Greer closed late to finish second. Todd Buckley and Nick Schmidt also used strong late runs to finish in third and fourth while Brandon Tackes was fifth. Colin Saegert finished sixth ahead of Dave Lemke and early leader Dale Kiley-Schaefer in seventh and eighth respectively. Tyler Edmundson and Mark Dewey completed the top ten finishers. Colin Saegert and Nick Schmidt were the winners of the Slinger Beez heat races and Karter Stark set a new track record in qualifying by circling the speedway in 13.430 seconds.

Austin Jahr won the Great North Legends feature that was originally scheduled for 25-laps but was shortened to 20-laps due to numerous caution flags and time constraints. Jahr held off a charging Dillon Schwanbeck to capture the victory while Michael Guderski finished third. Jacob Tiegen and Aaron Moyer rounded out the top five while Jon Kemp finished sixth. Tyler Ledbetter was seventh followed by Roy Dietsch in eighth while Colorado racers Adam Powers and Natalie Foster were ninth and tenth respectively. The Great North Legends heat races were won by Aaron Moyer and Adam Powers while Austin Jahr was also the fastest qualifier after posting a lap at 13.303 seconds.

Brady Held edged Brandon Mennicke in a close finish to win the 30-lap Slinger Bees feature. Misty Benn finished a strong third and Marty Tackes was fourth. Dylan Gagliano completed the top five finishers in fifth place. Brady Held and Misty Benn were the winners of the Slinger Bees heat races and Ricky Gebhard was the fastest qualifier with a lap at 15.220 seconds.

Penn Sauter scored his first Slinger Speedway victory in the wild 20-lap Bandolero feature. Sauter led late in the going but had his hands full with challenges from Alex Hartwig and Ayrton Brockhouse. Hartwig briefly took the lead on lap 15 but Sauter quickly crossed over to retake the top spot. As the leaders exited turn four with Sauter out front, Brockhouse and Hartwig tangled sending Hartwig spinning around against the retaining wall. With the field bearing down, Hartwigs’s car was struck nearly head on by the car of Sammy Haugen. The race was red flagged while the track was cleaned as Hartwig exited his car uninjured and Haugen was assisted from his car and checked over by safety personnel for precautionary reasons. Sauter paced the restart for the final five laps but was pressured by Lincoln Cain and Axel Oldenhoff. With the checkered flag in sight, Sauter’s car spun off turn four as a result of contact from the rear which triggered a multi-car melee on the frontstretch halting the race a second time. Per track rules regarding contact against the leader which results in an incident on the final lap, Sauter was declared the winner with the finishing order set by the last completed lap minus the involved cars. Axel Oldenhoff finished second behind Sauter while Paxton Benz finished third. Ayrton Brockhouse rebounded to finish fourth and Cooper Bodendorfer finished fifth. Wyatt Dent and Ayrton Brockhouse were the winners of the Great North Legend heat races and Alex Hartwig was the fastest qualifier with a lap time of 14.622 seconds.

Michael Rose tracked down Matt Rose for the lead late in the 25-lap American Super Cup feature and drove to the victory. Matt Rose finished second and Sean Eurick crossed the finish line in third. Brandon Vines finished fourth and Rob Baaske was fifth. The American Super Cup heat races were captured by Brandyn Wind and Mick Ellis while Michael Rose was the fastest qualifier after circling the speedway in 14.841 seconds.

Bill Ostovich Jr. drove the Raceway Pub and Grill Speedway Guest car to the victory in the guest car event and Scott Roberts drove his Camaro to the win in the Spectator Elimination Races. The inaugural four cylinder Figure 8 race closed out the evening and with Brandon Tackes picking up the win. 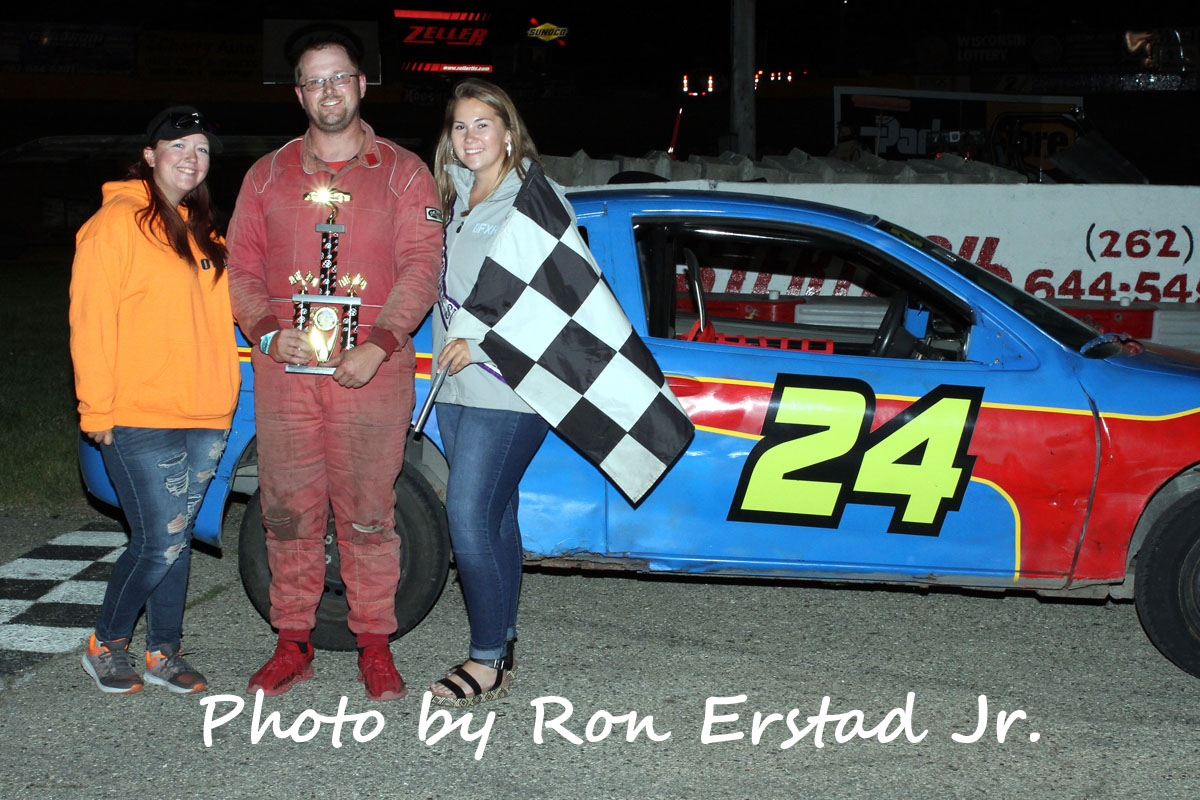 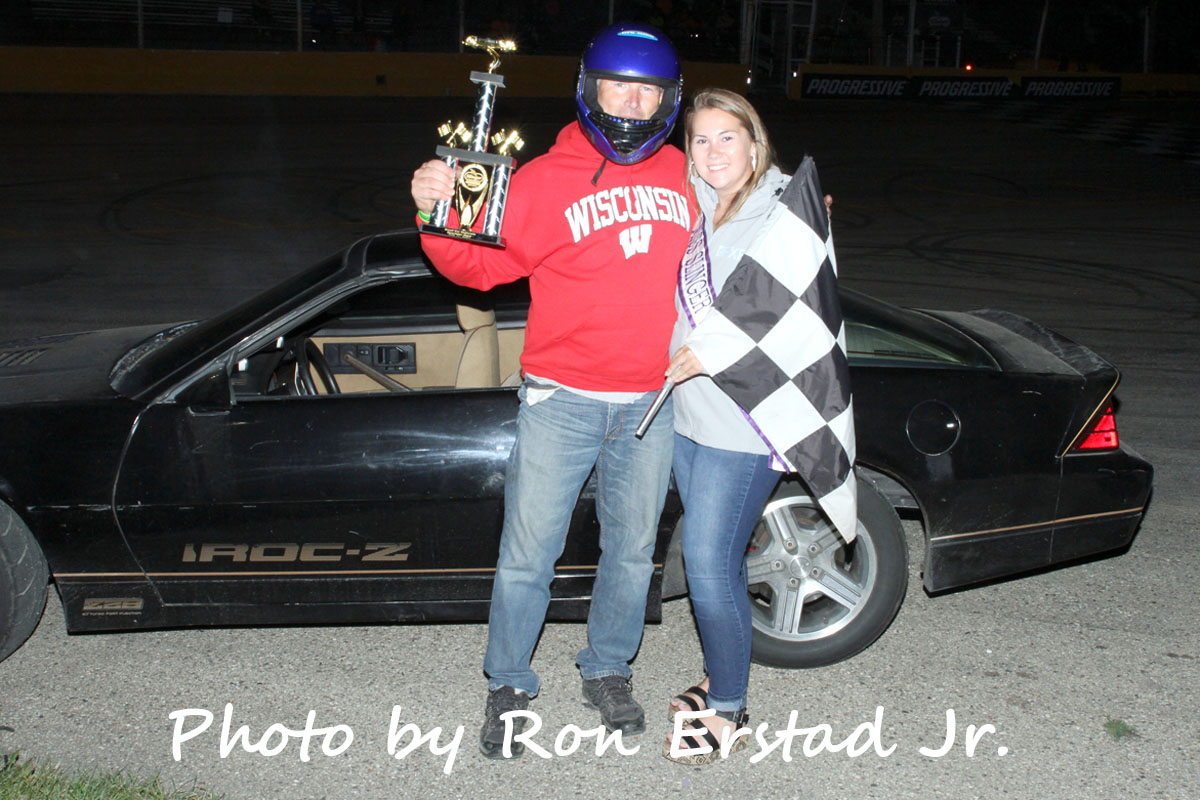 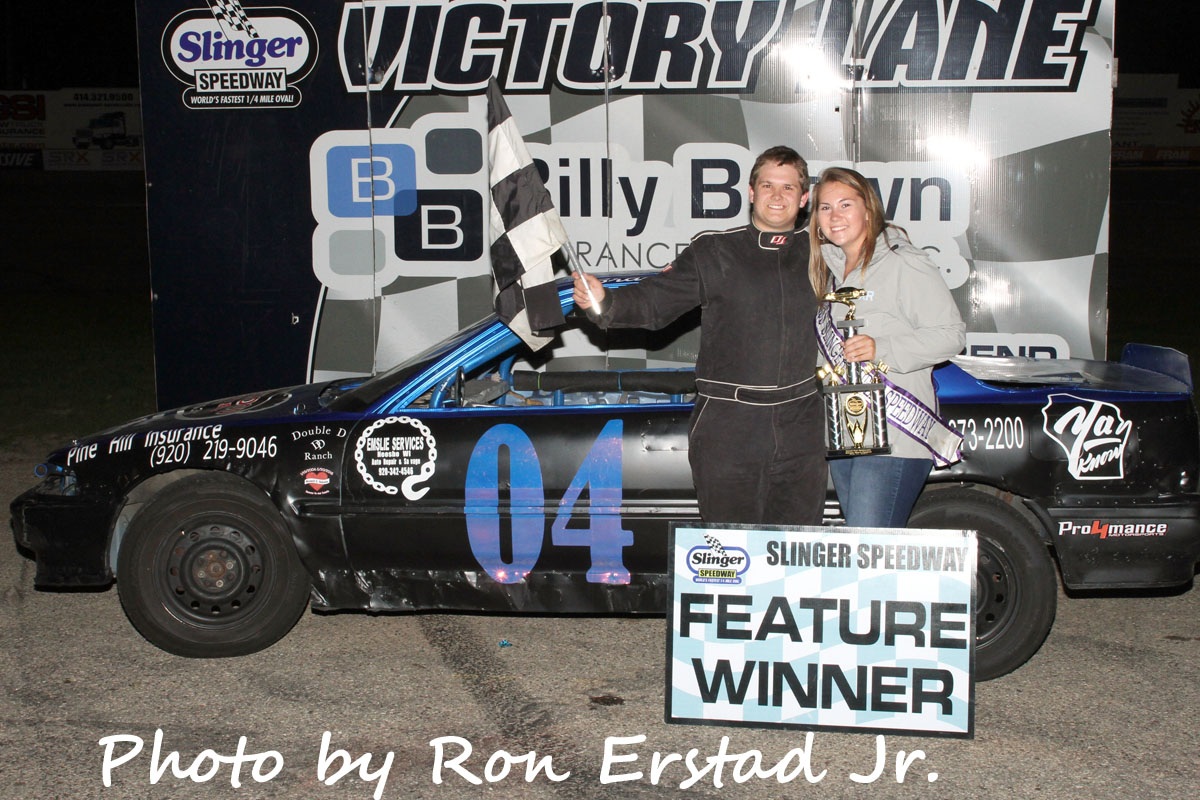 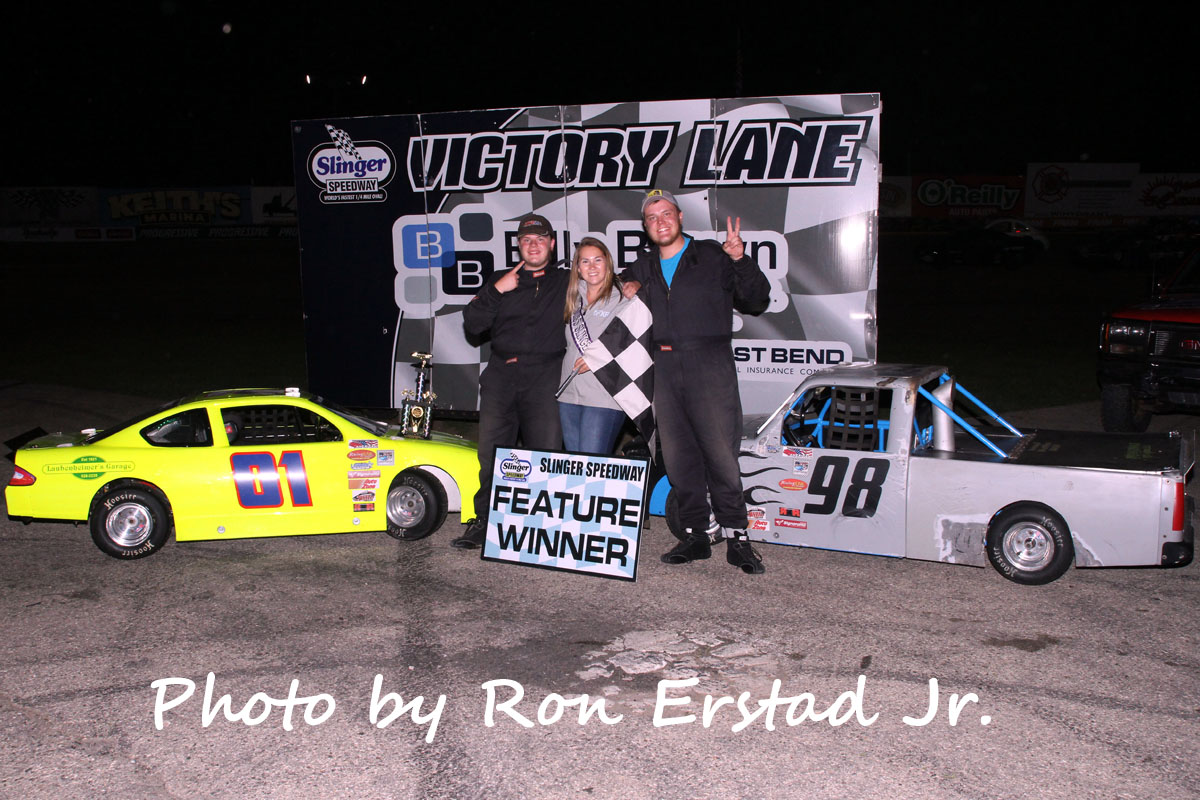 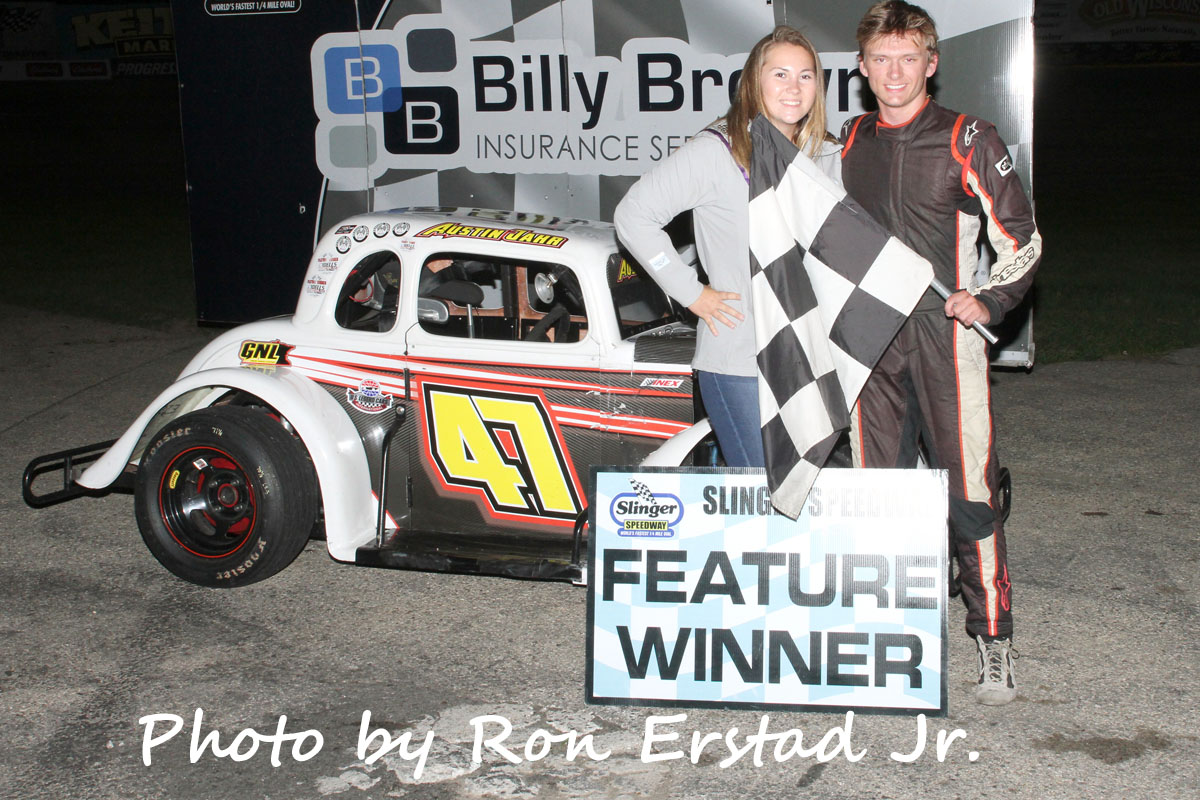 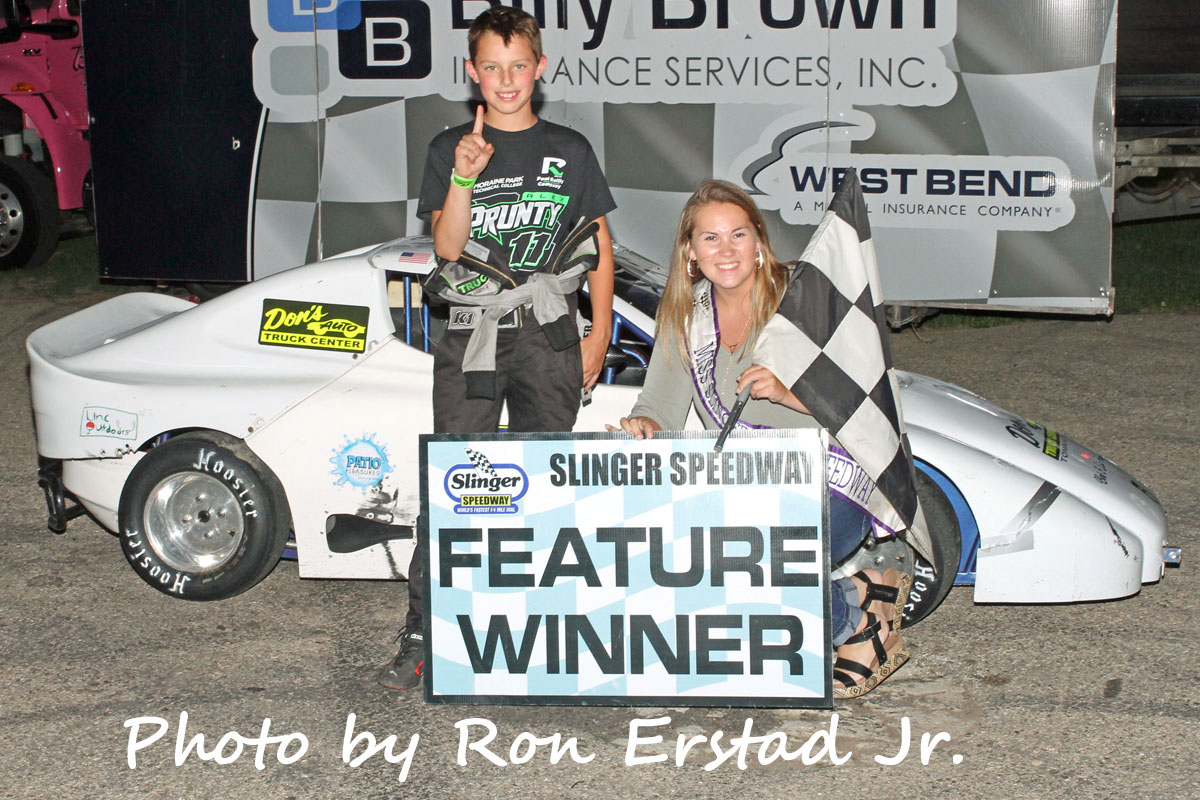 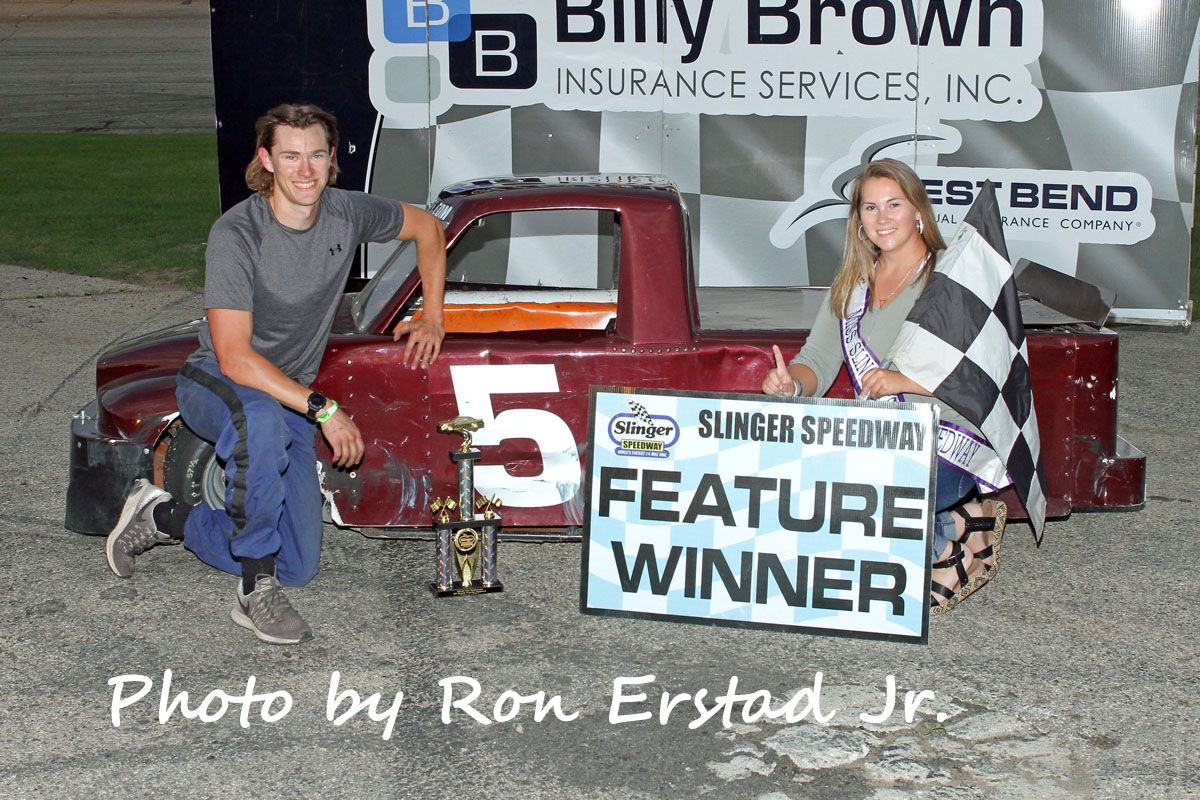 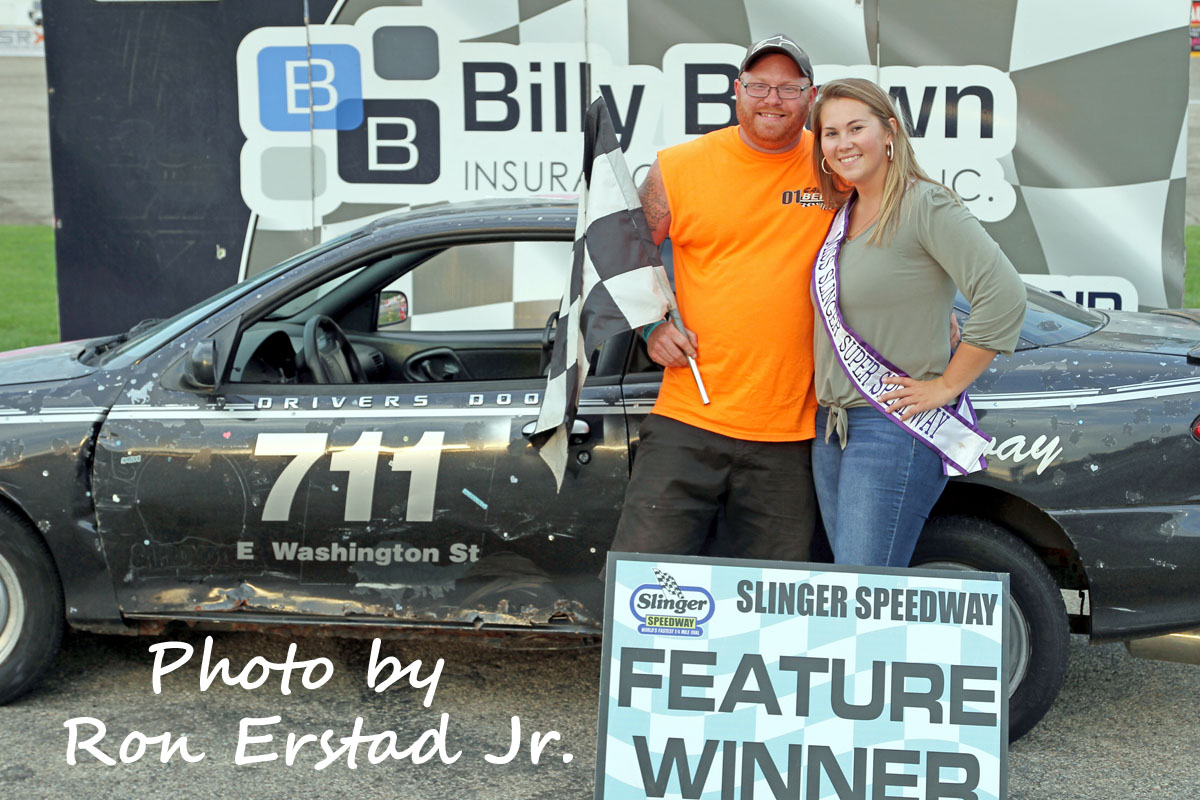 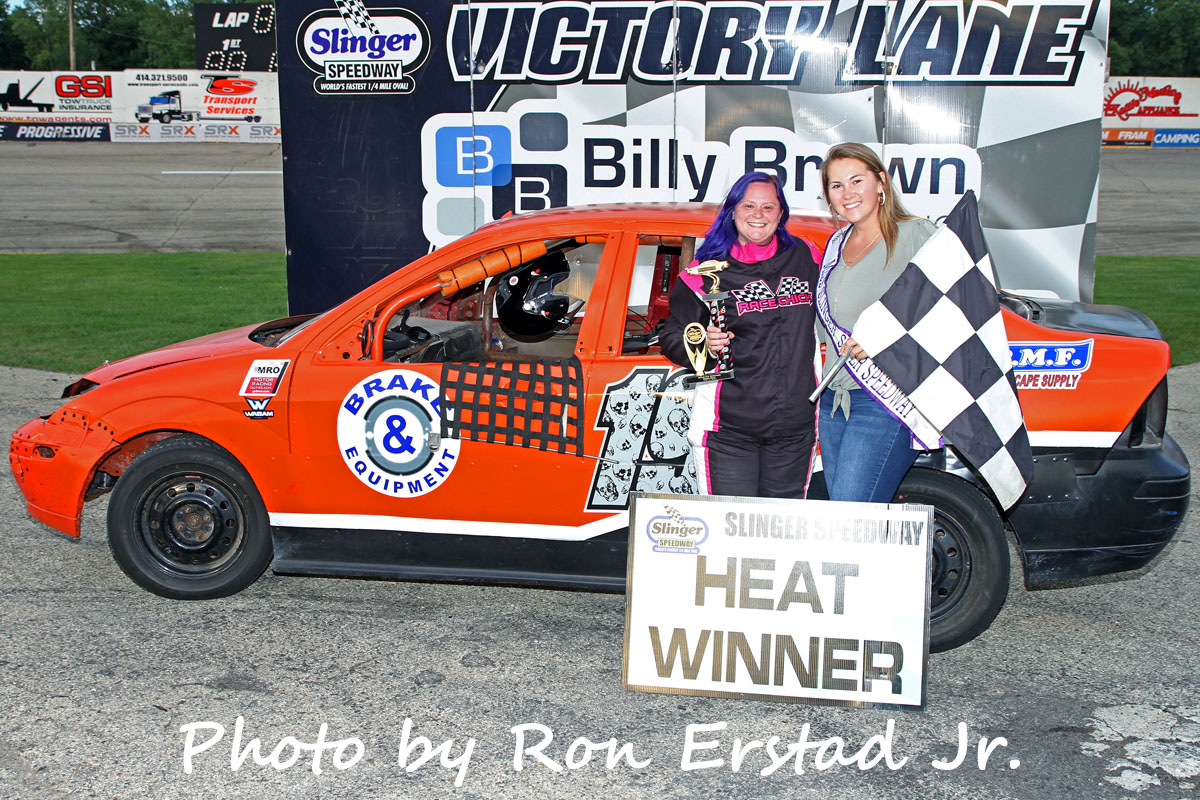 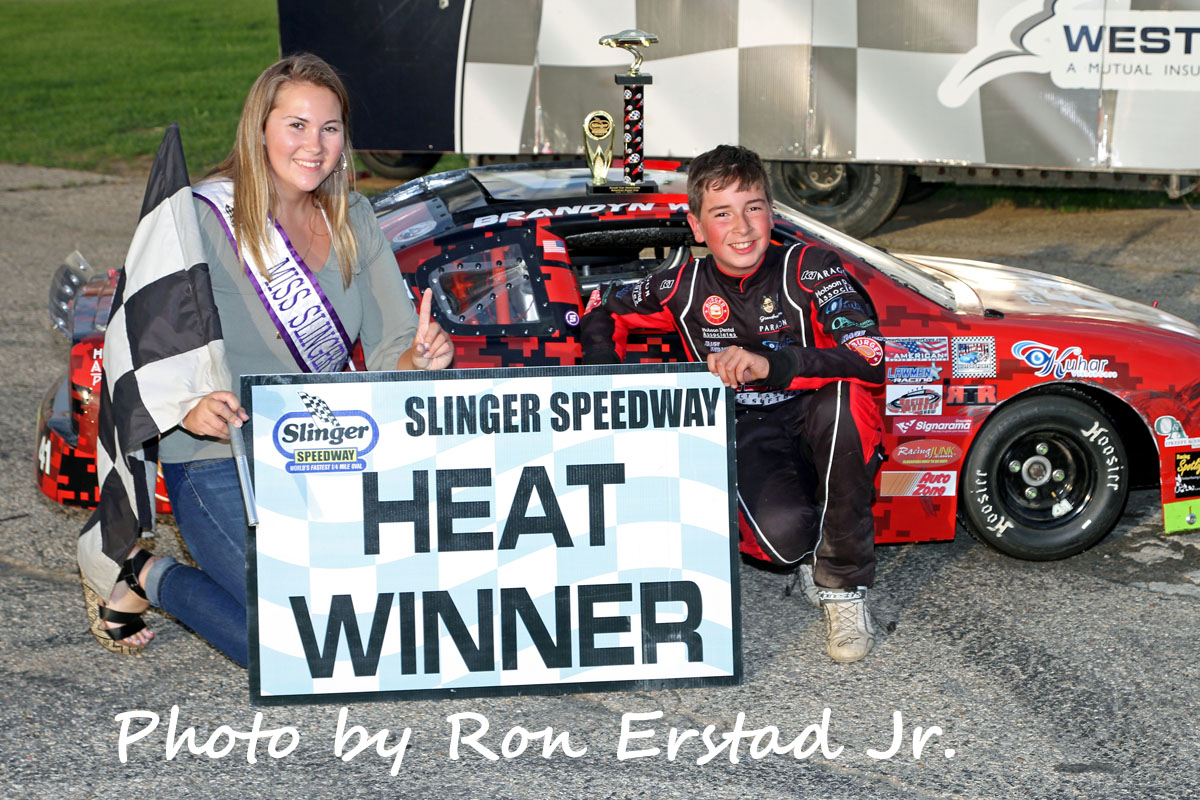 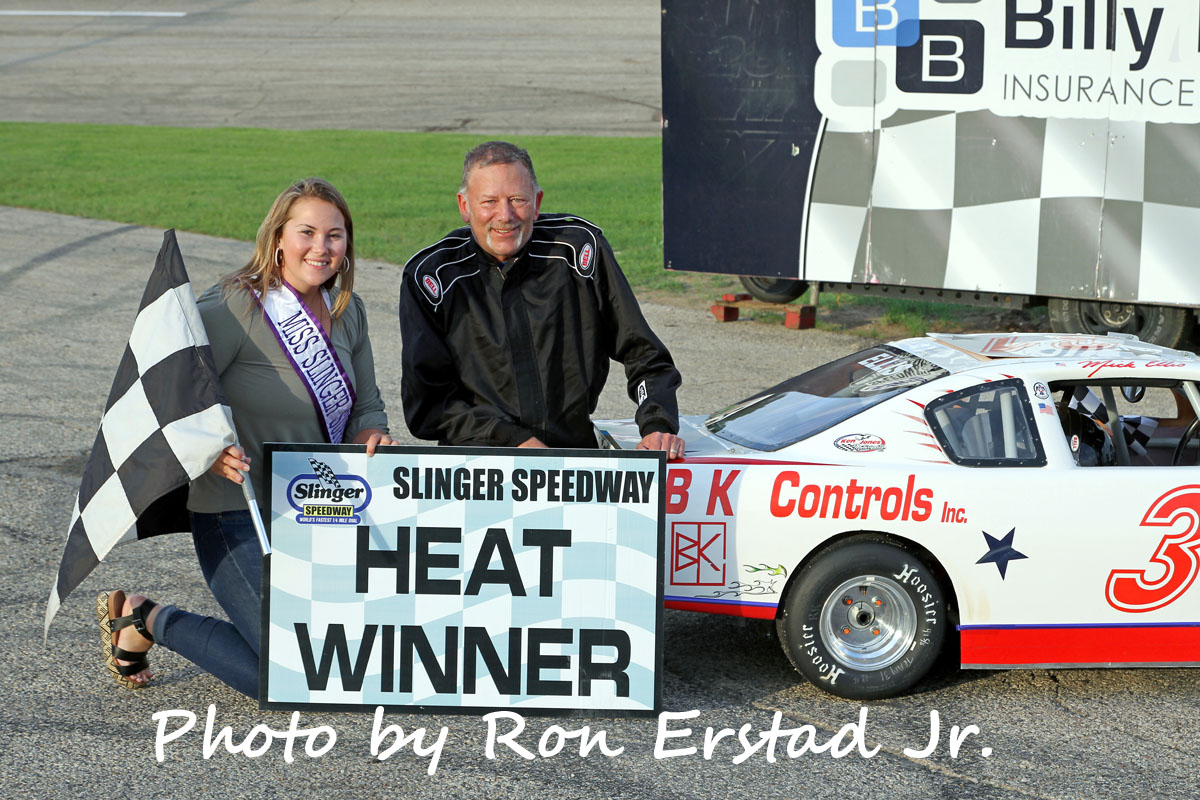 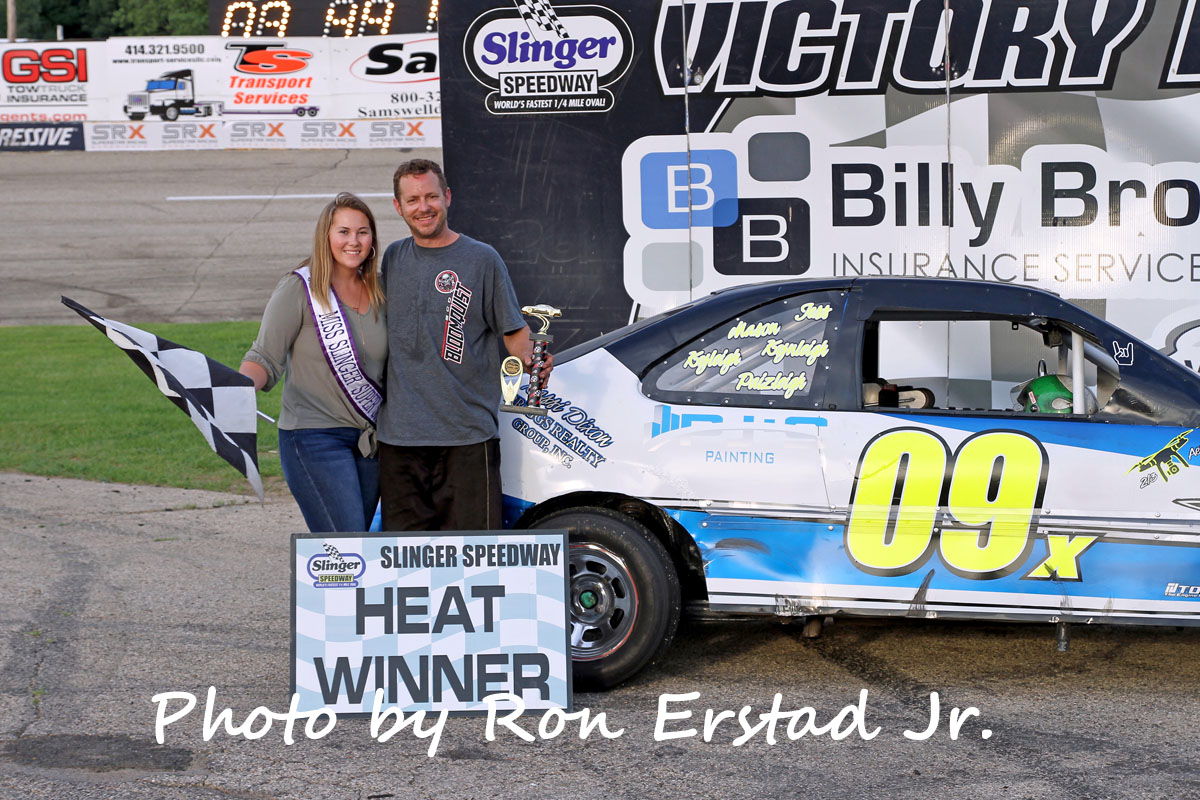 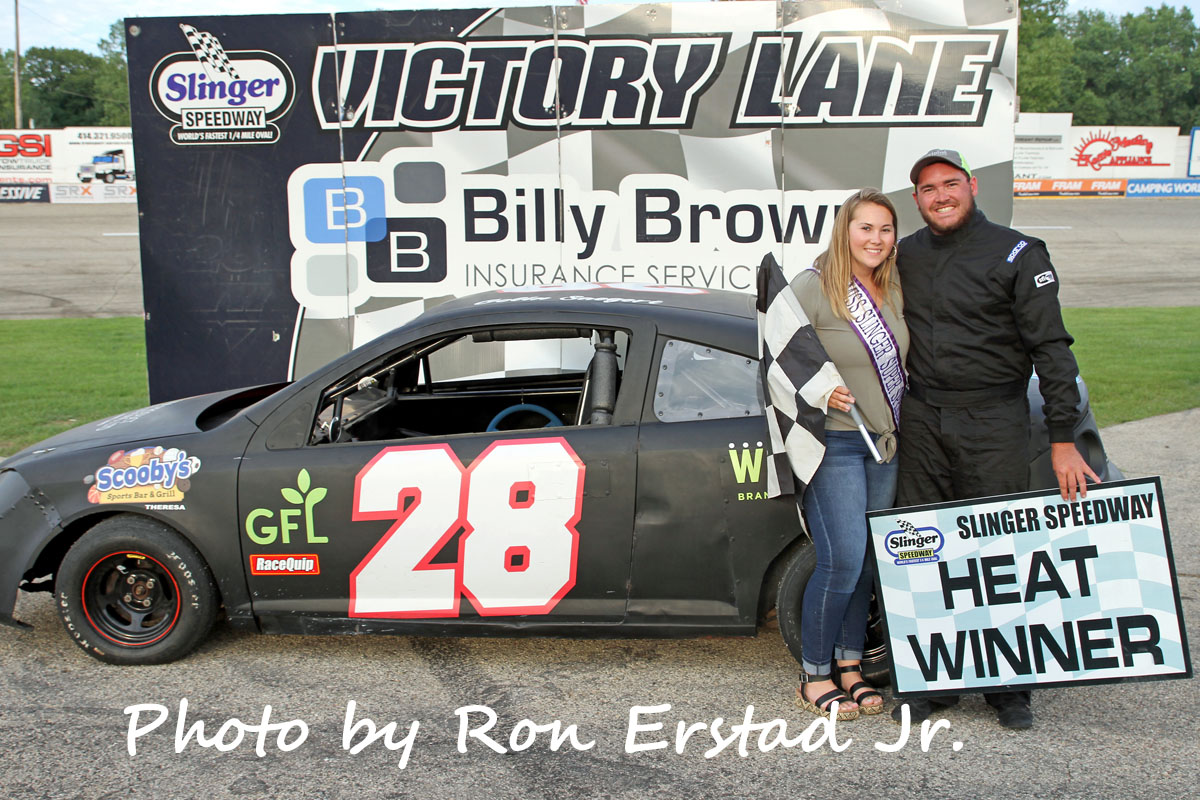 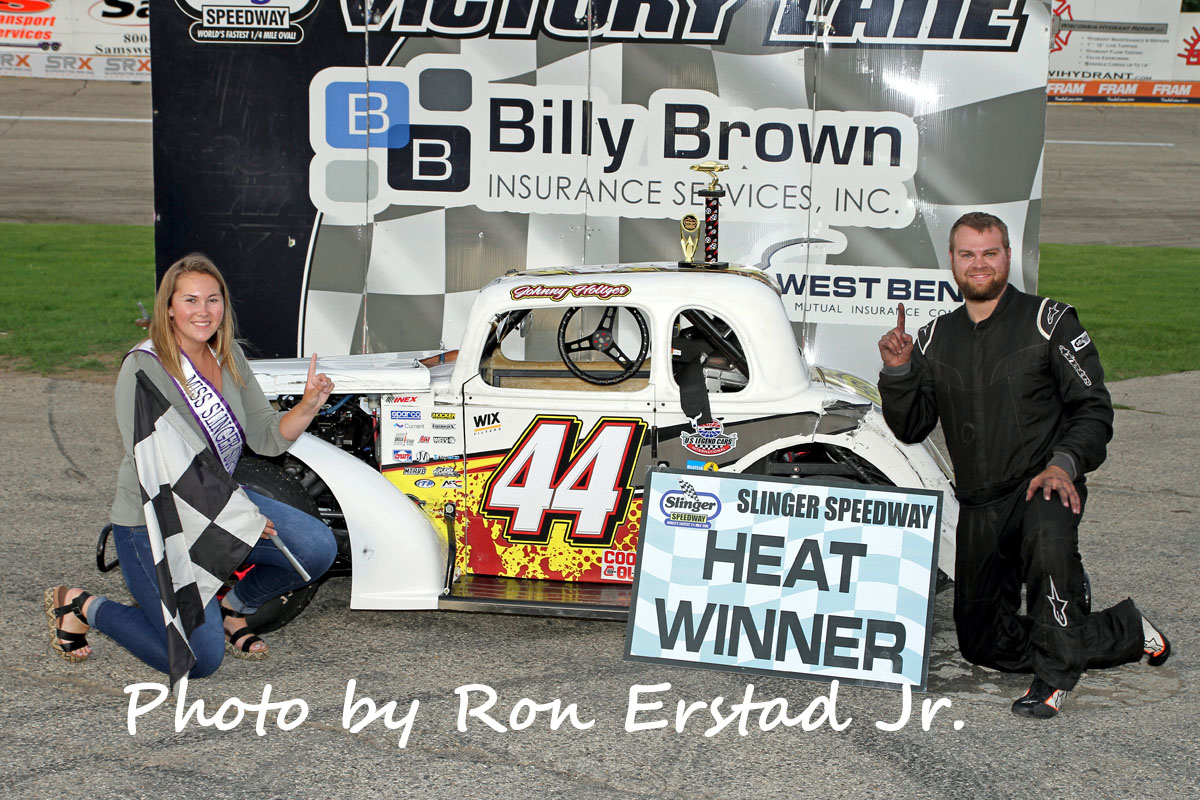 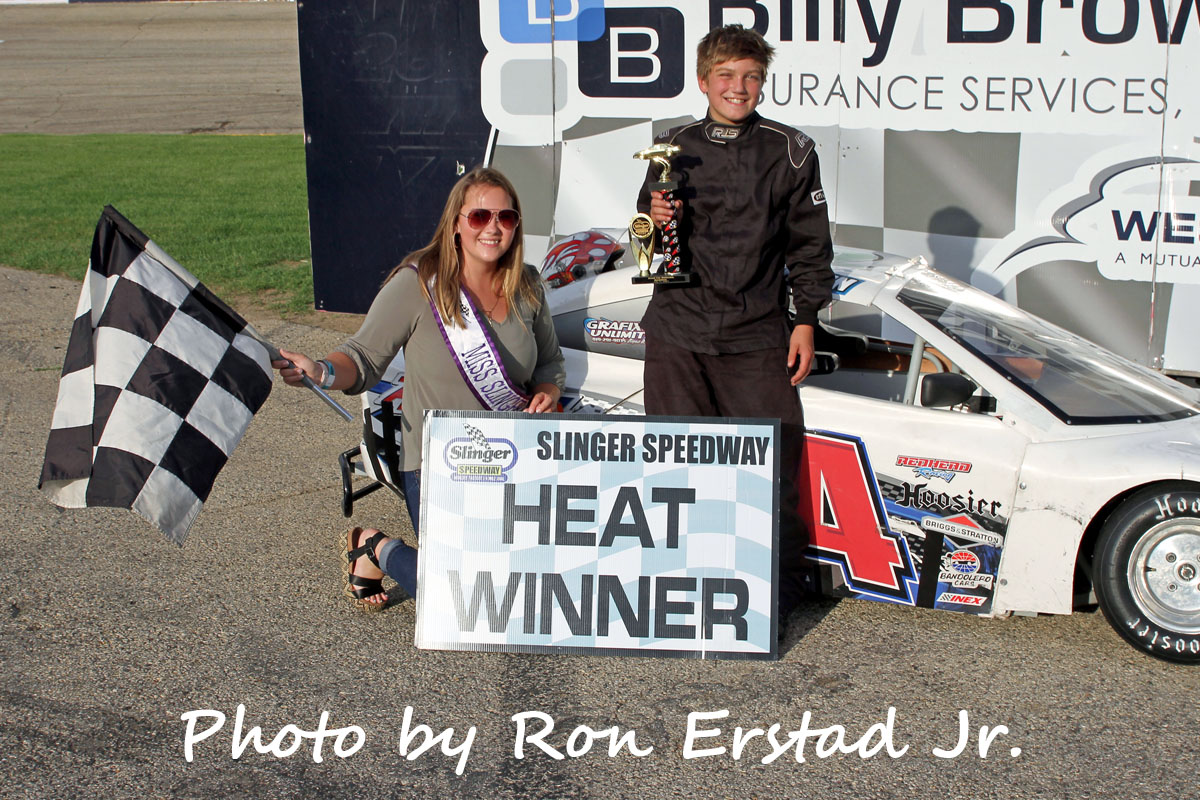 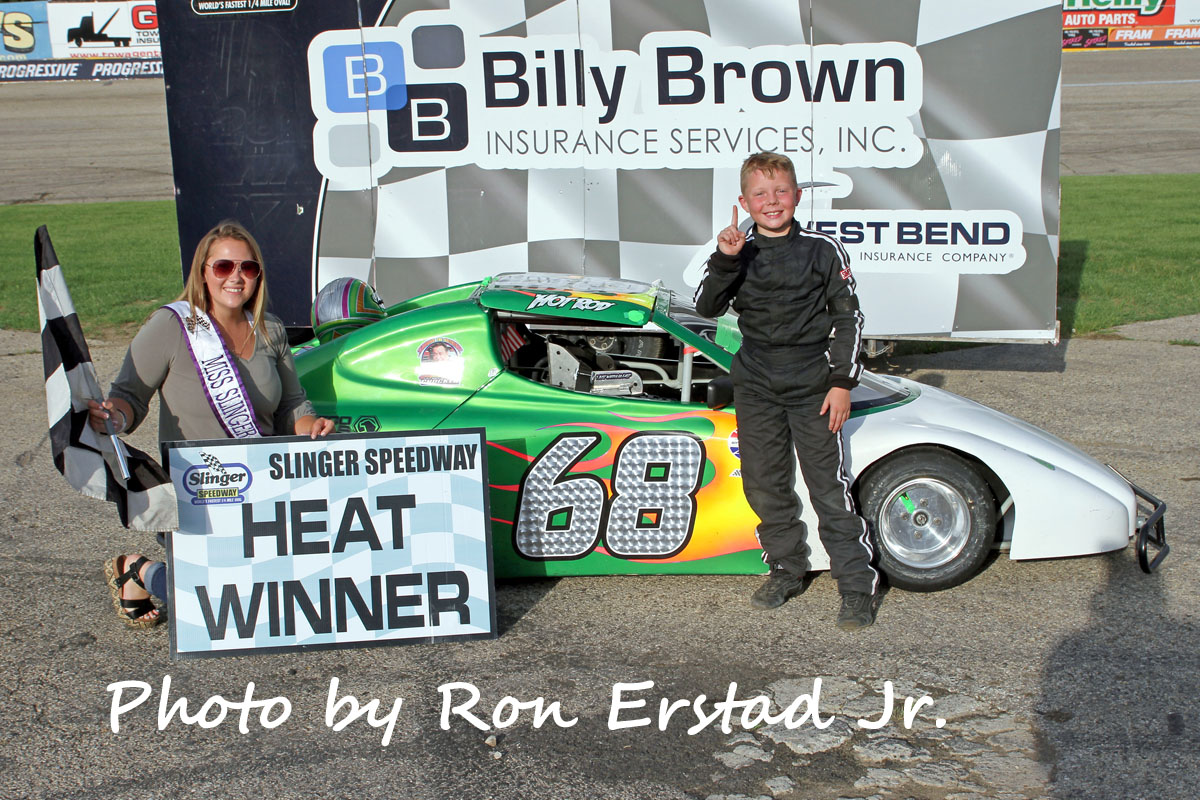 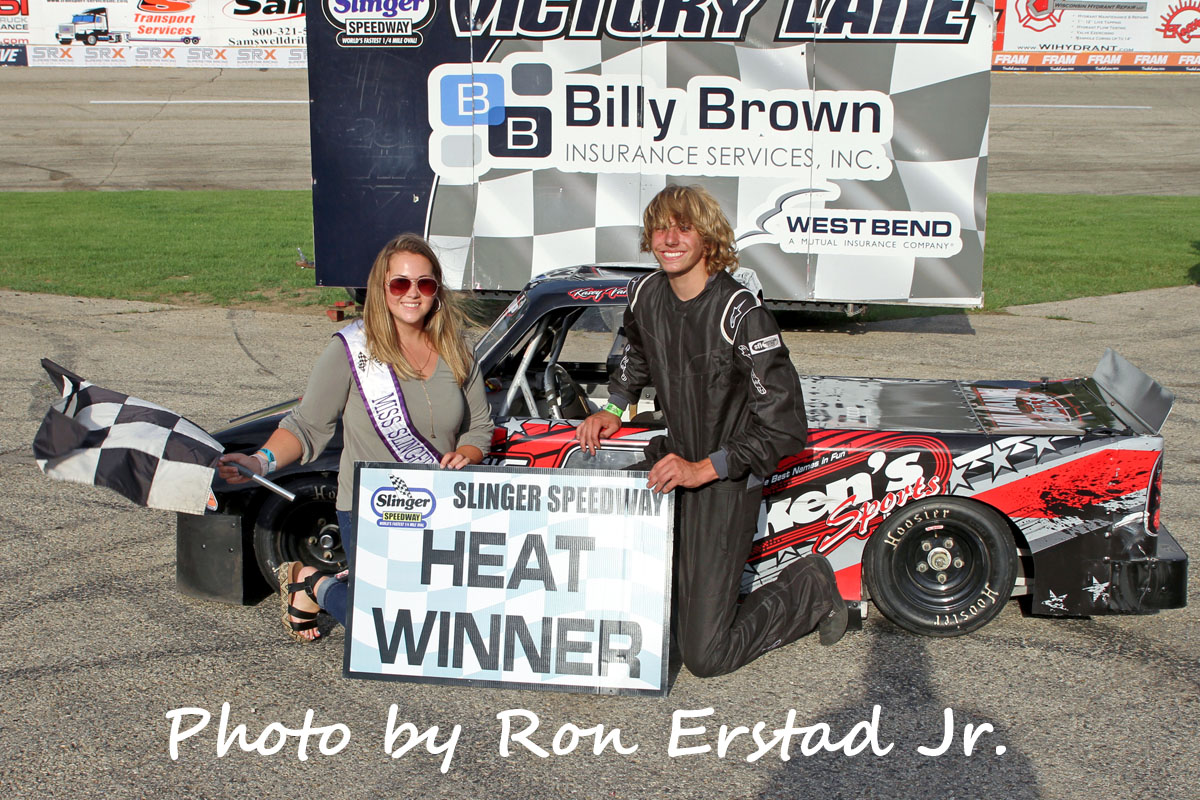 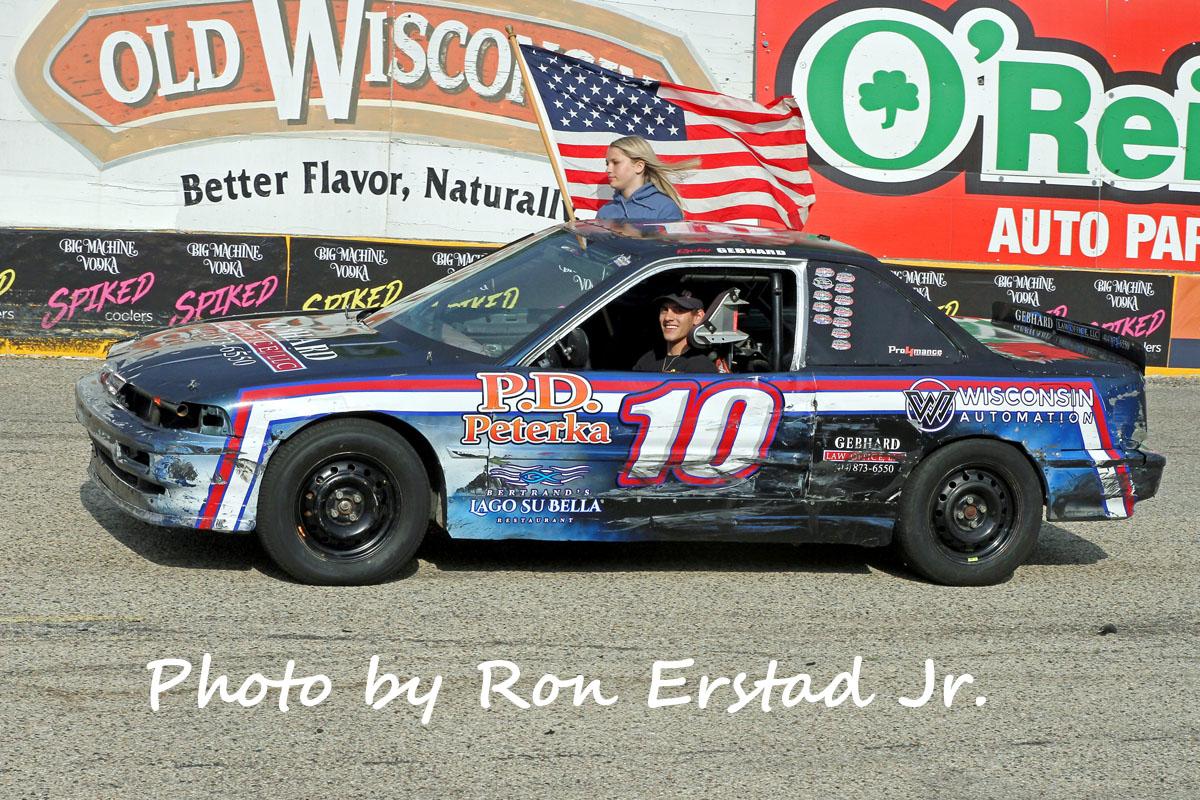 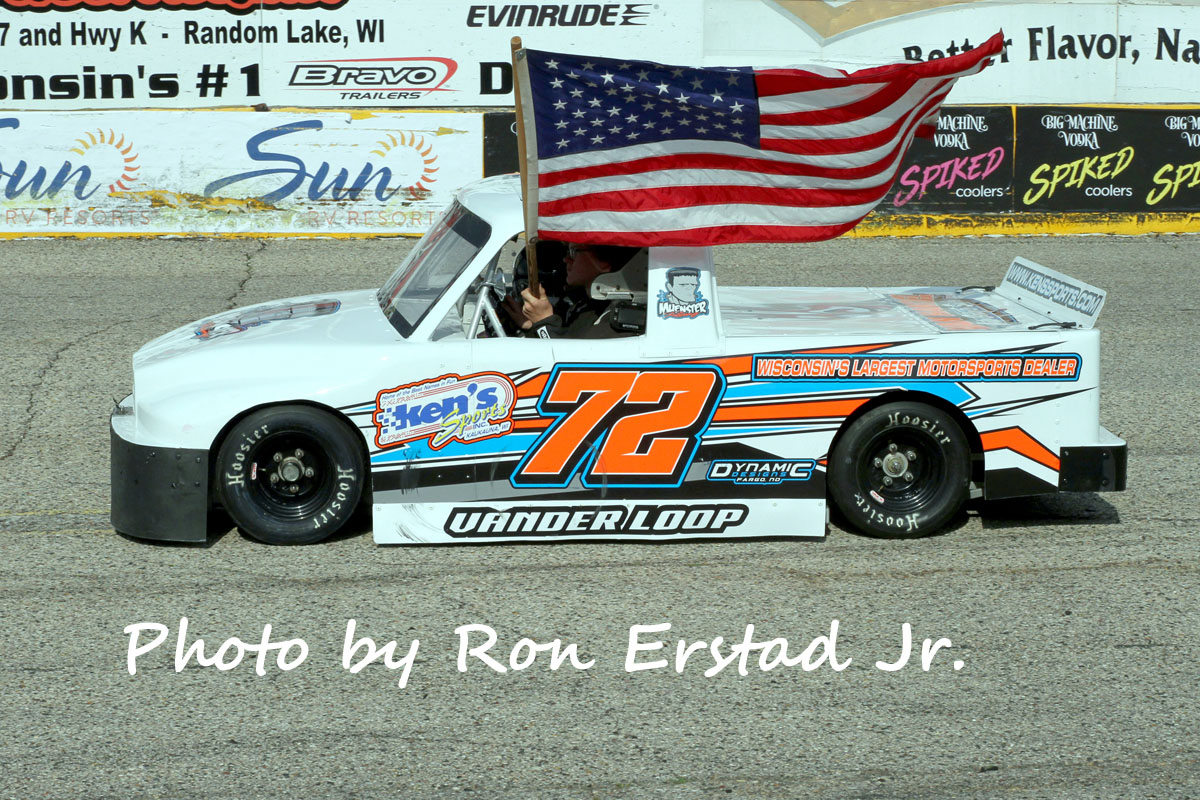