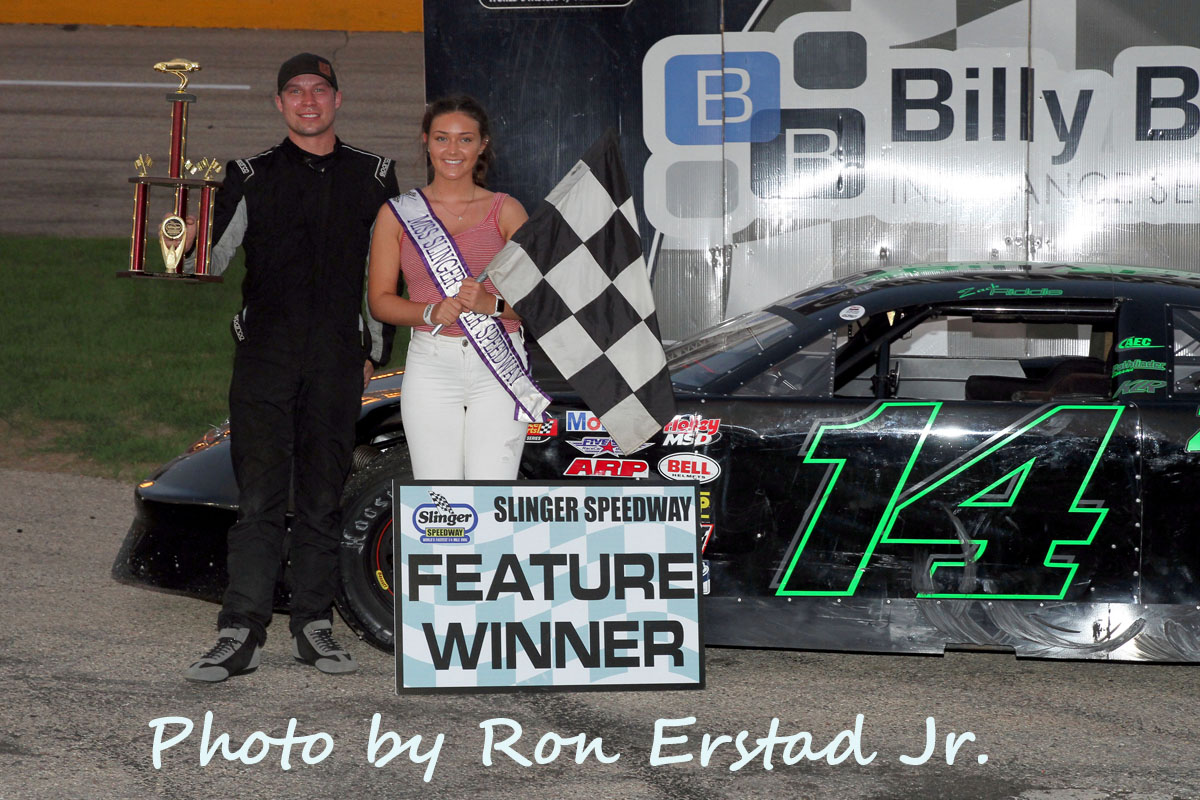 Slinger, Wis., July 4—The Prelude to the Nationals race program on Independence Day at the Singer Speedway Sunday night kicked off a busy stretch of racing action leading up to the Supply Zone Slinger Nationals on July 6th. The late model division took center stage for The Prelude and Oregon, Wisconsin’s Zach Riddle made sure his race team was tuned up for the big Nationals show by winning the 50-lap main event over Ryan Gutknecht and Jack Stern.

Riddle was the fastest qualifier for the evening and after starting far back in the field due to a deep invert, methodically worked his way forward to take the lead from Gutknecht around lap 30. Once out front Riddle could not be caught and he drove to his first Slinger late model feature victory of the season. Gutknecht battled Riddle for the lead throughout the middle stages of the race and took the checkered flag in second while Jack Stern advanced forward late in the event to finish third. Early leader, Mahlon Borntreger finished in the fourth position and Ryan Crane rebounded from an early incident that damaged the nose of his car to finish fifth. Zach Prunty also recovered from an earlier incident to finish sixth while jerry Eckhardt was seventh. Tom Jasinski, Brady Liddle, and Tyler Hromadka completed the top ten finishers in eighth through tenth respectively.

Late model heat races were won by Tyler Hromadka and Ryan Gutknecht while Zach Riddle’s lap at 12.127 seconds was the fastest in qualifying.

Justin Okruhlica won the 30-lap modified feature by turning back the challenges of Bill Prietzel who finished second. Tyler Schley competed in both the late model and modified divisions and turned in a third place main event finish in the modified. Schley also won the heat race in the modified and was the fastest qualifier at 12.405 seconds,

Andrew Meyerhofer backed up his victory from a week ago and won the 35-lap sportsman feature over Paul Wagner and Dale Lecus Jr. Dan Calhoun and Jim Cormack finished fourth and fifth respectively. Meyerhofer completed a clean sweep for the night as he won his heat race and also set fast time with a lap of 12.886 seconds.

Tom Elsinger Jr. won the 25-lap Slinger Bees feature despite challenges from Brady Held and Paul Reagles who finished in second and third place. Ricky Gebhard was fourth and Brian Hillringhouse was the fifth place finisher. Elsinger and Gebhard were the winners of the Slinger Bees heat races and Brady Held topped qualifying with a lap of 15.251 seconds.

The Slinger Sixer division was in action and Matthew Moore won the feature along with winning his heat race and setting fast time in qualifying. Rick Buss finished second in the feature and Brandon Tackes was third while Steven Mueller and Todd Holerud rounded out the top five finishers. The Sheryl’s Club 175 entry won the Speedway Guest Car race and Bill Shavlik was the winner of the Figure 8 race over Ryan Lovald and Rick Bruskiewicz. 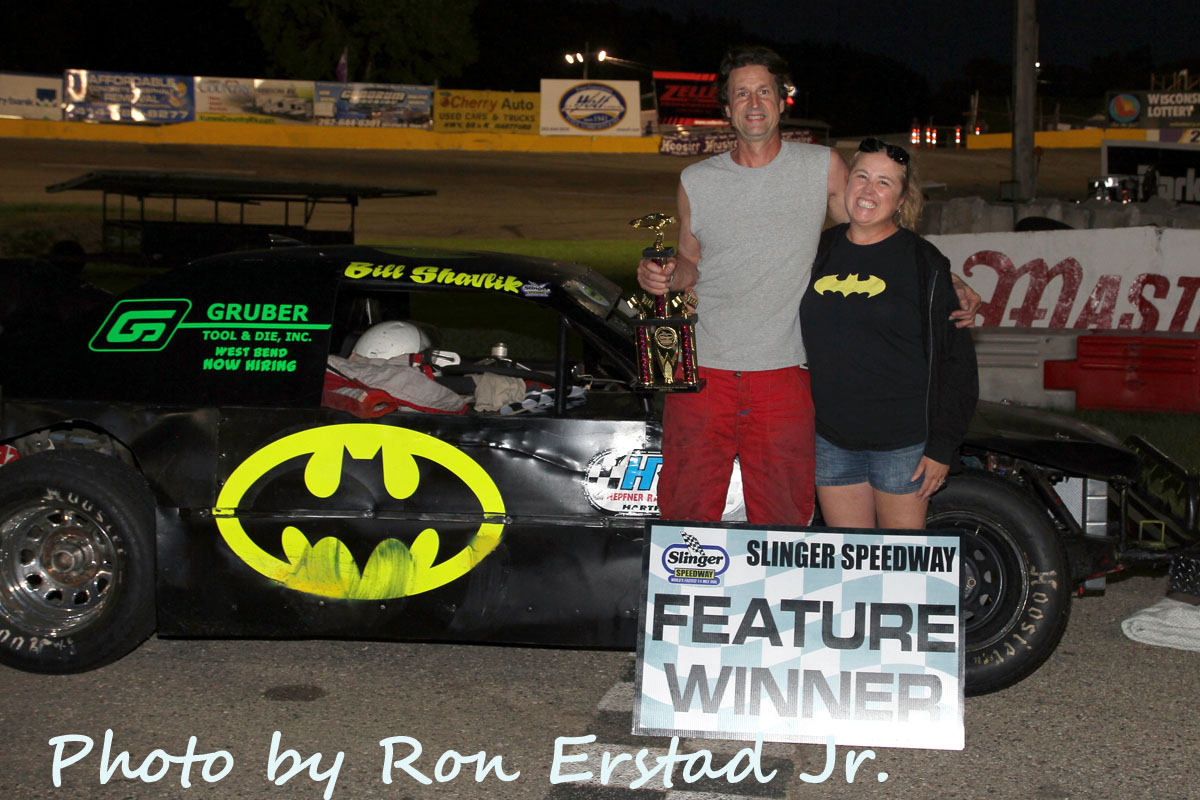 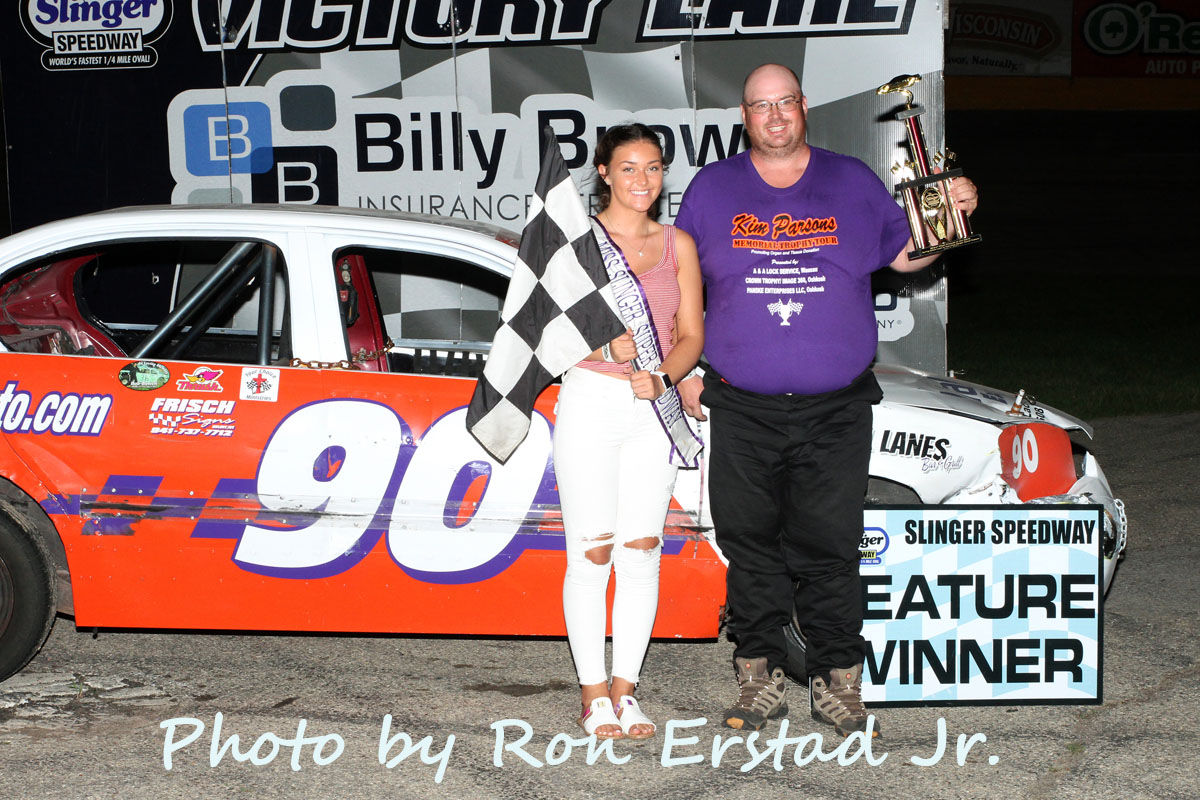 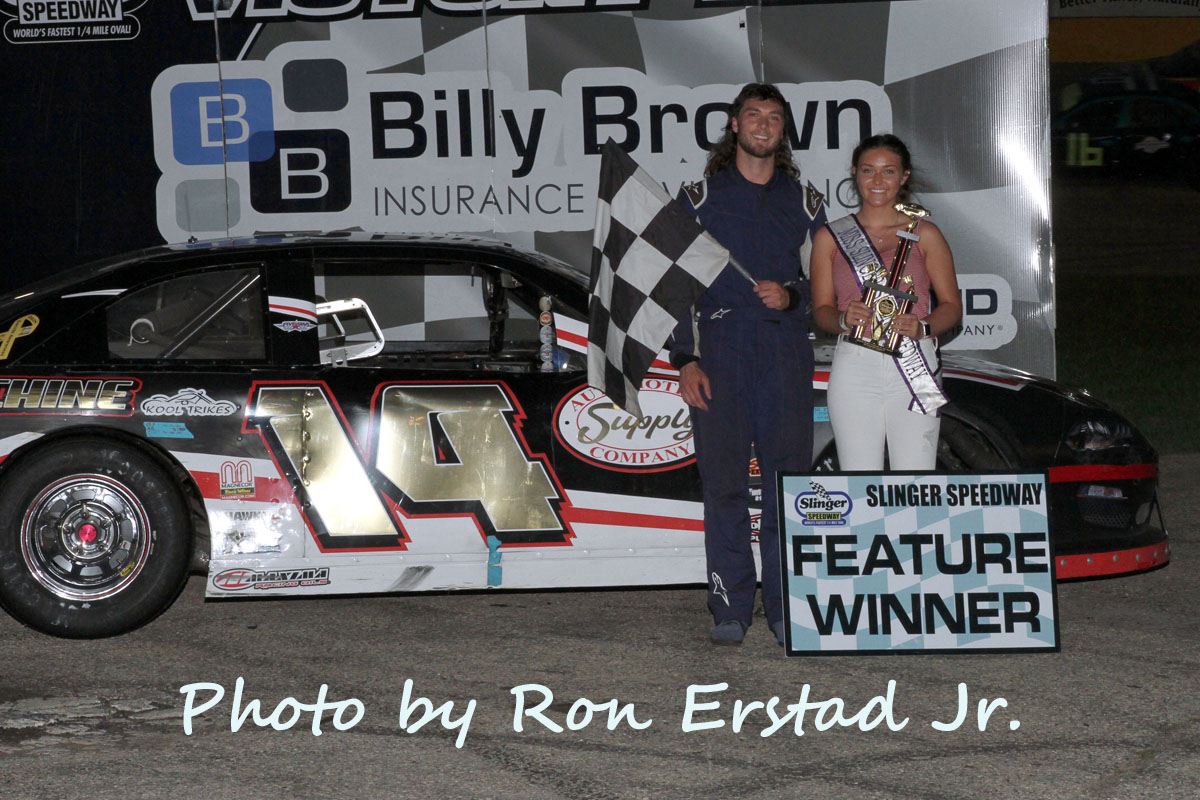 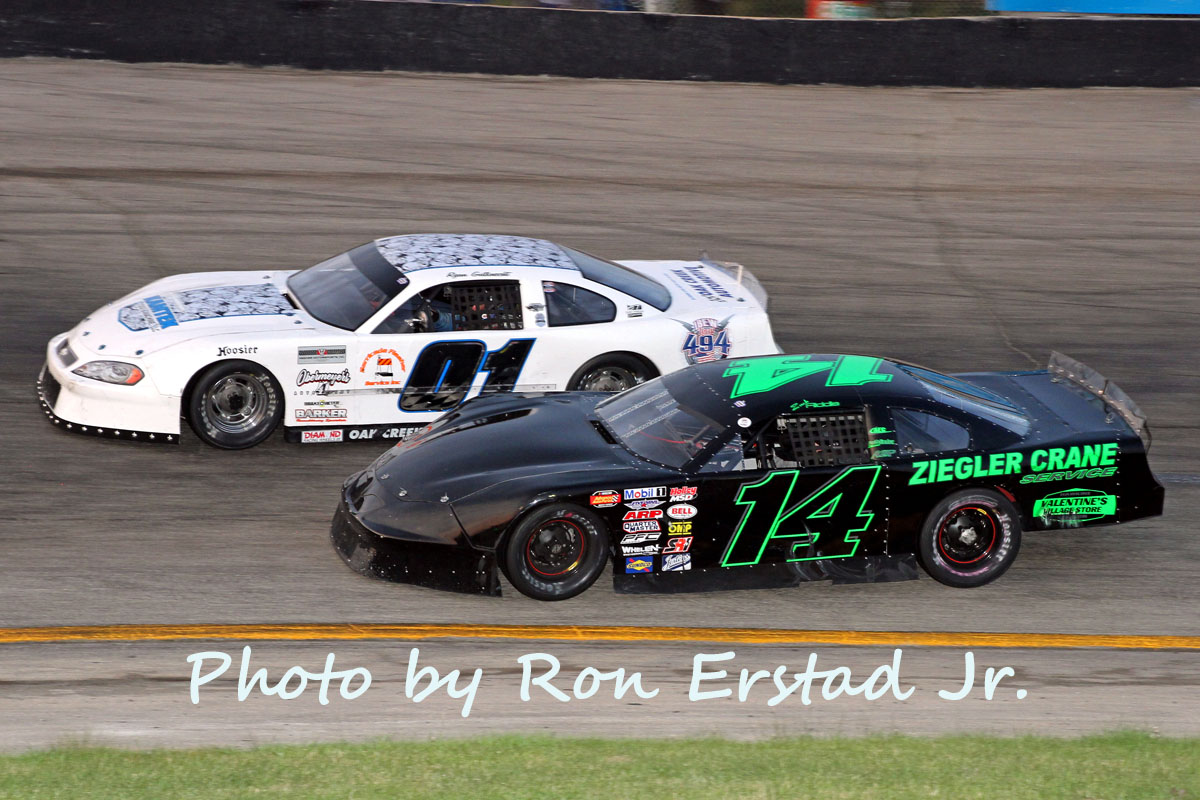 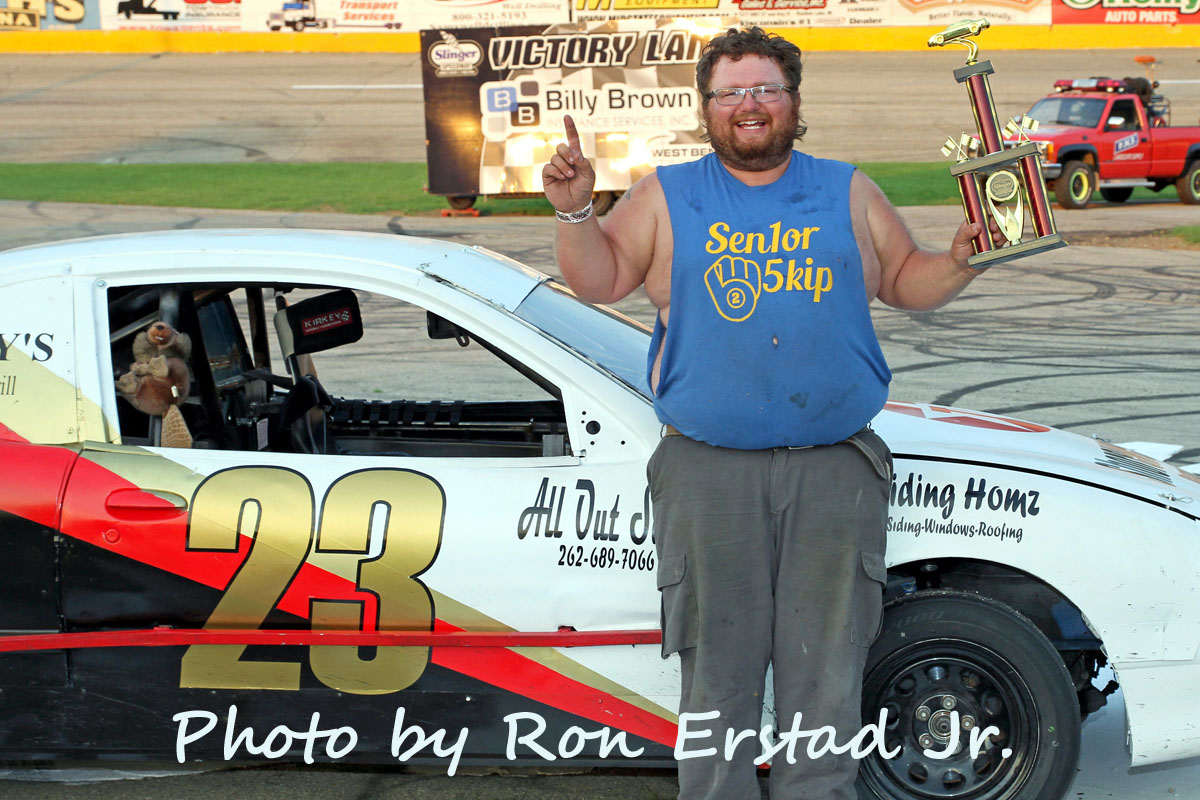 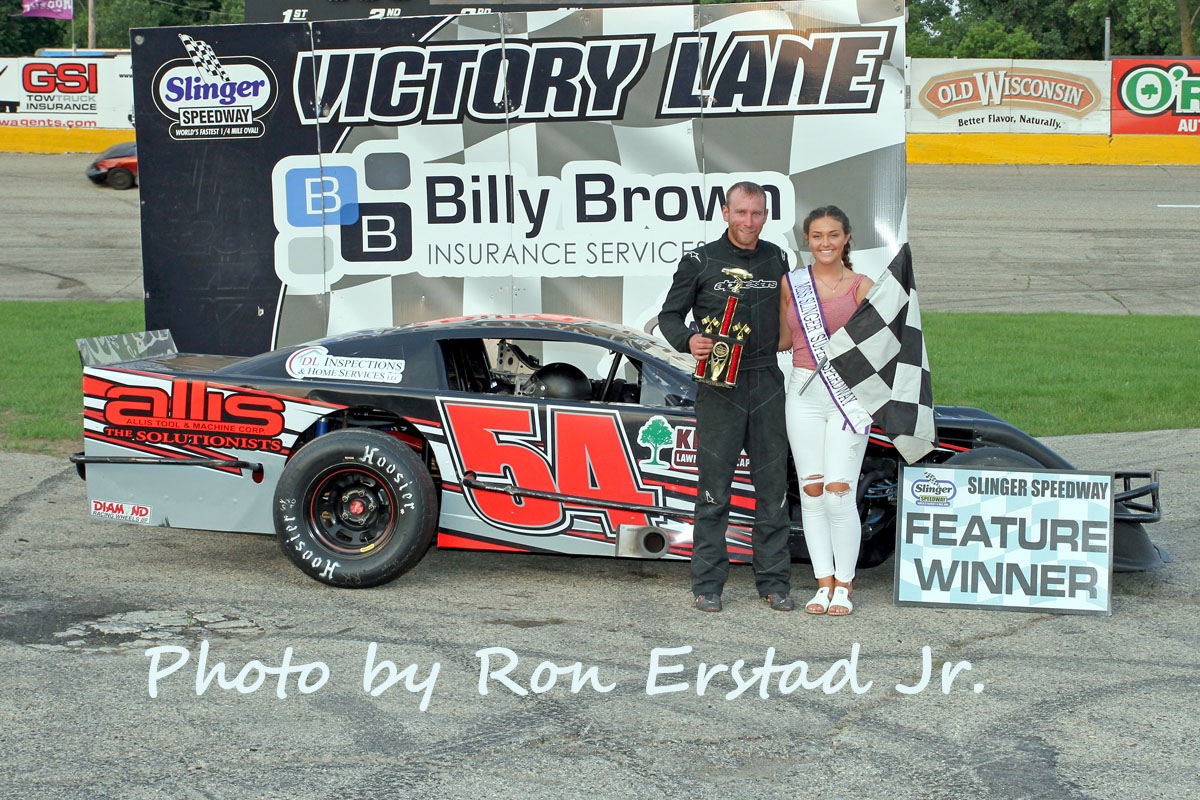 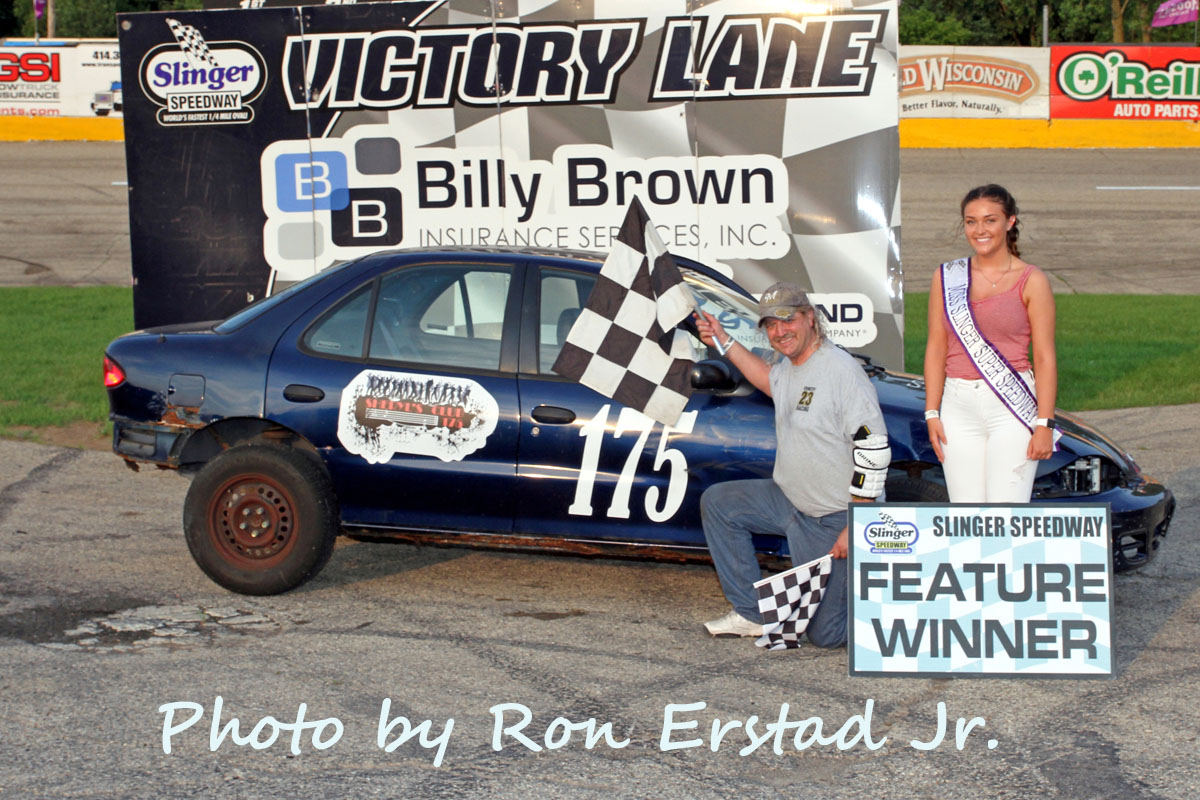 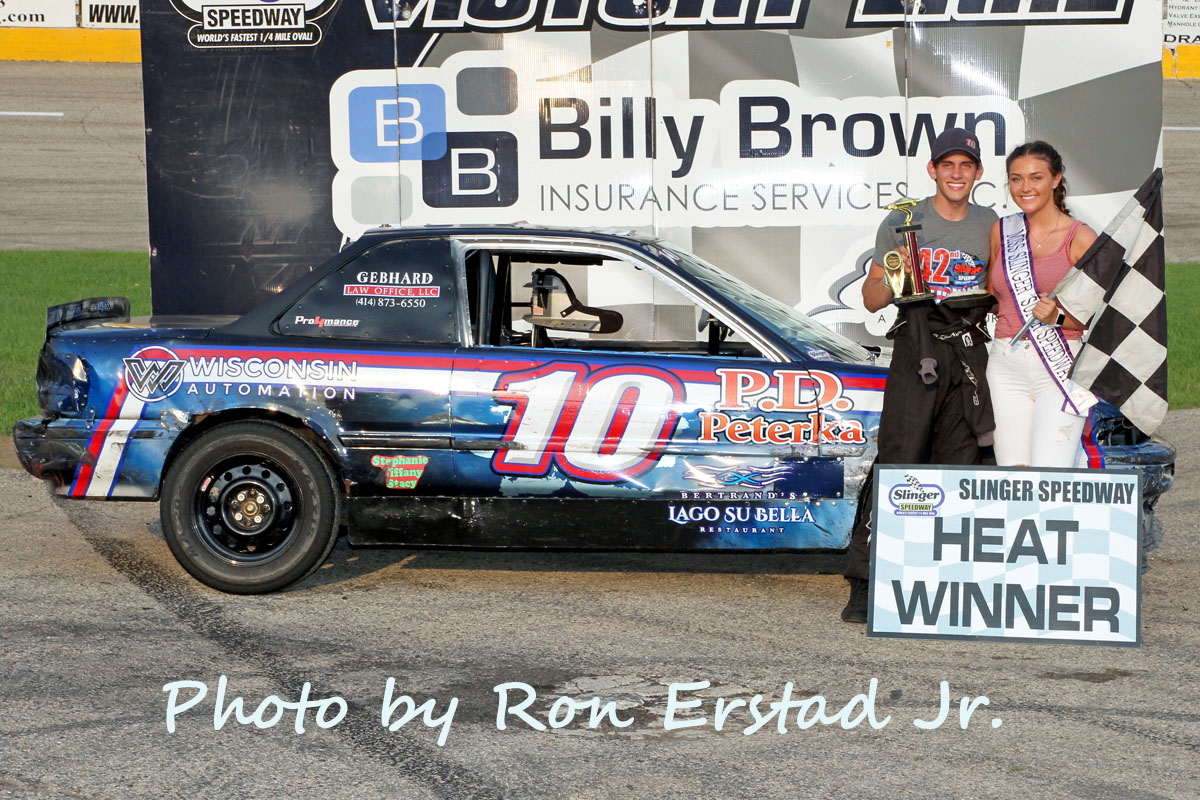 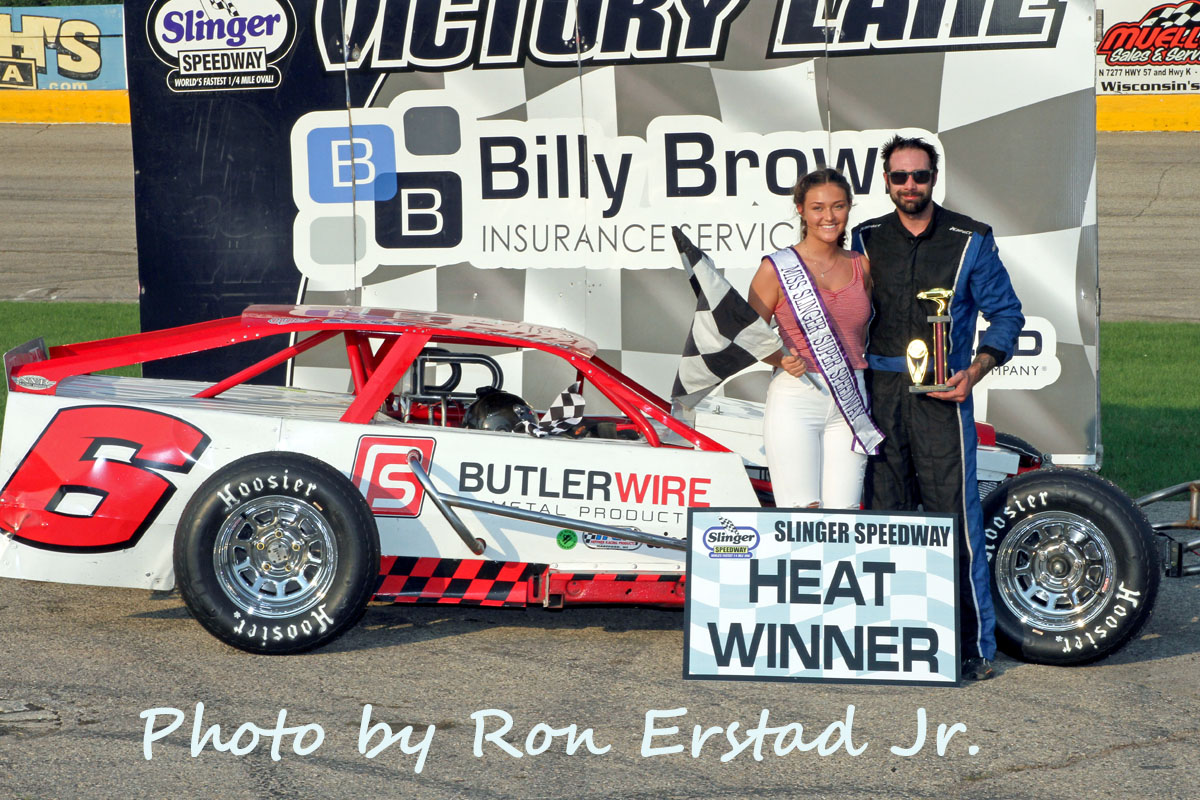 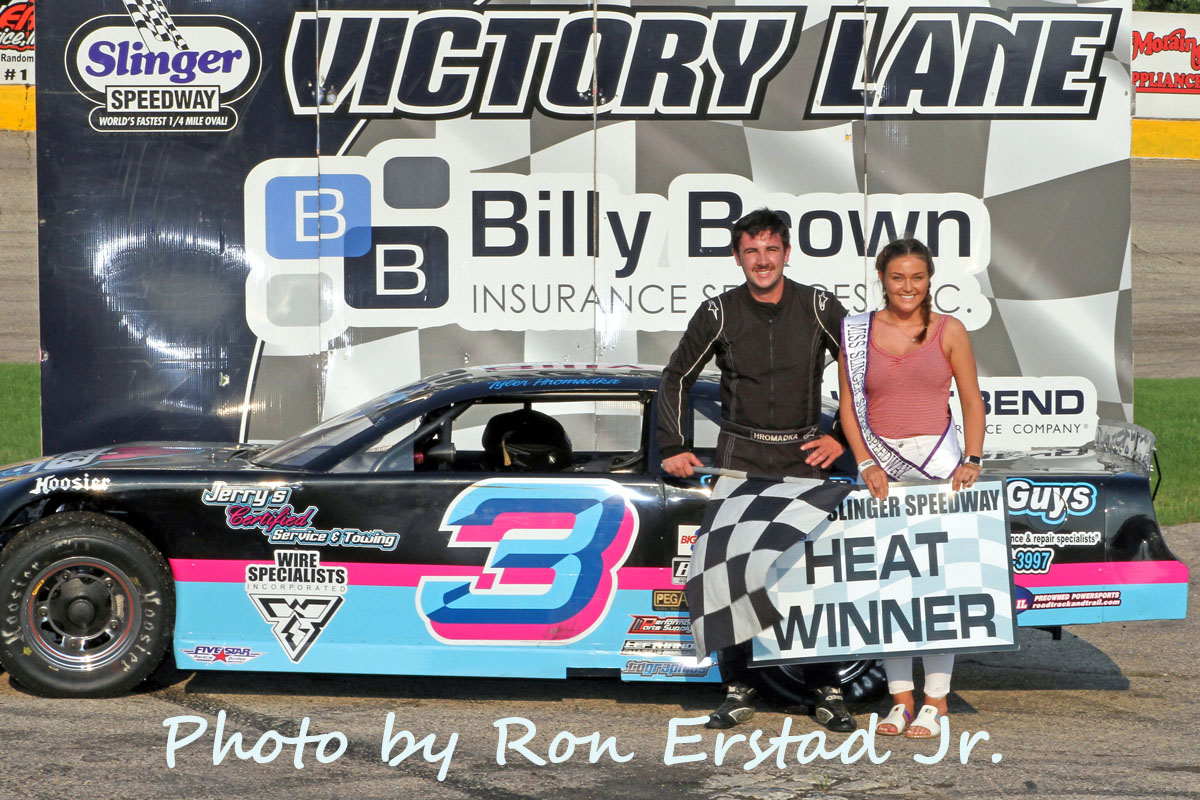 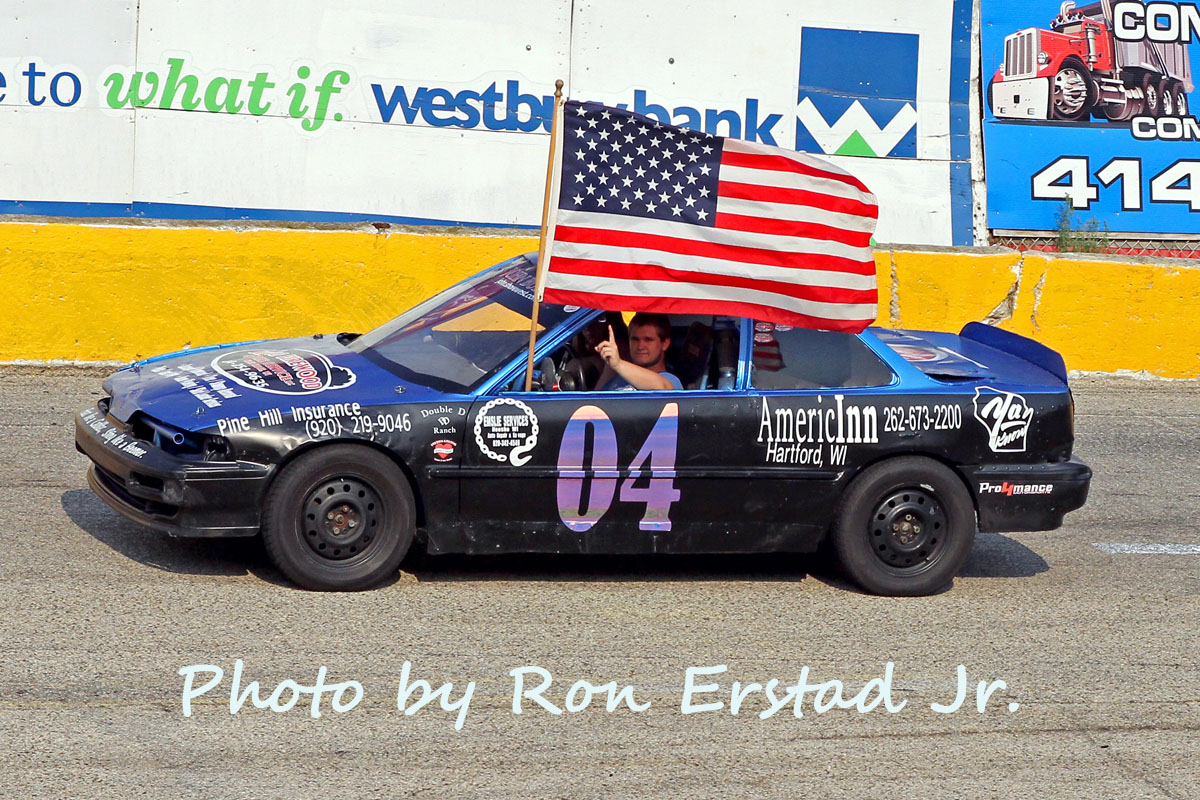 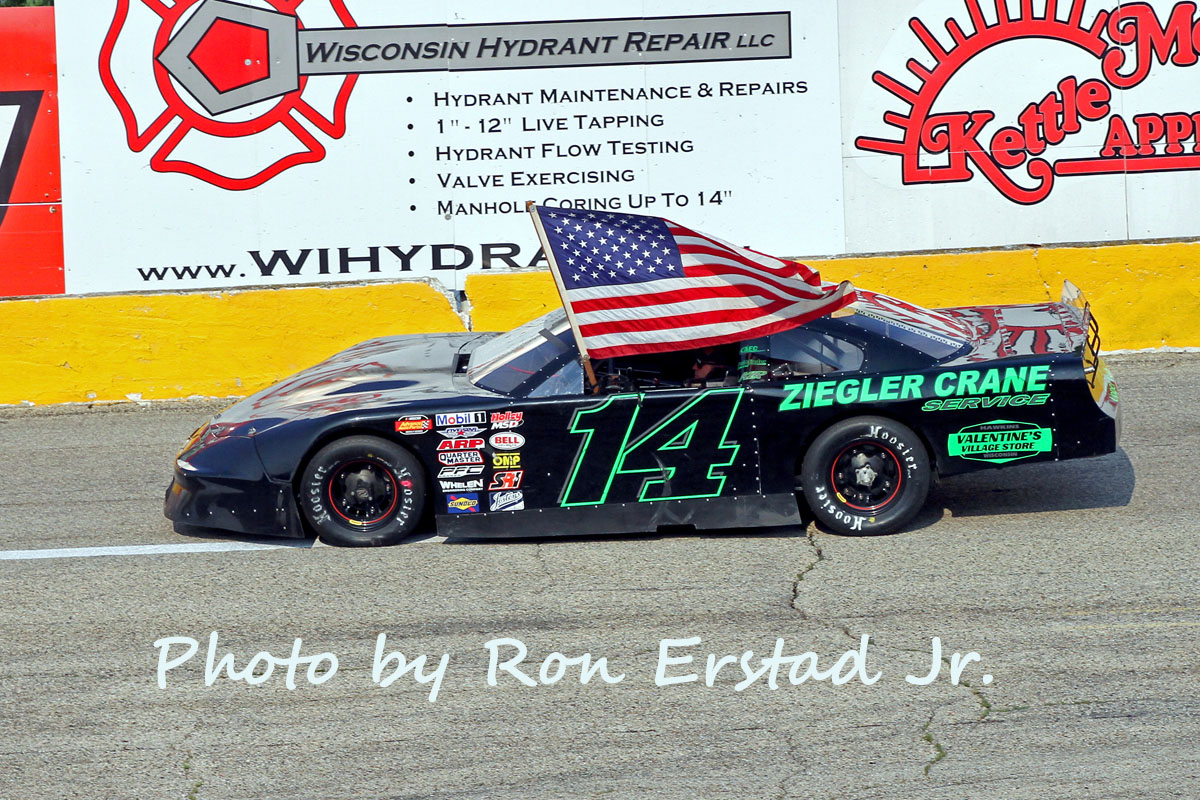 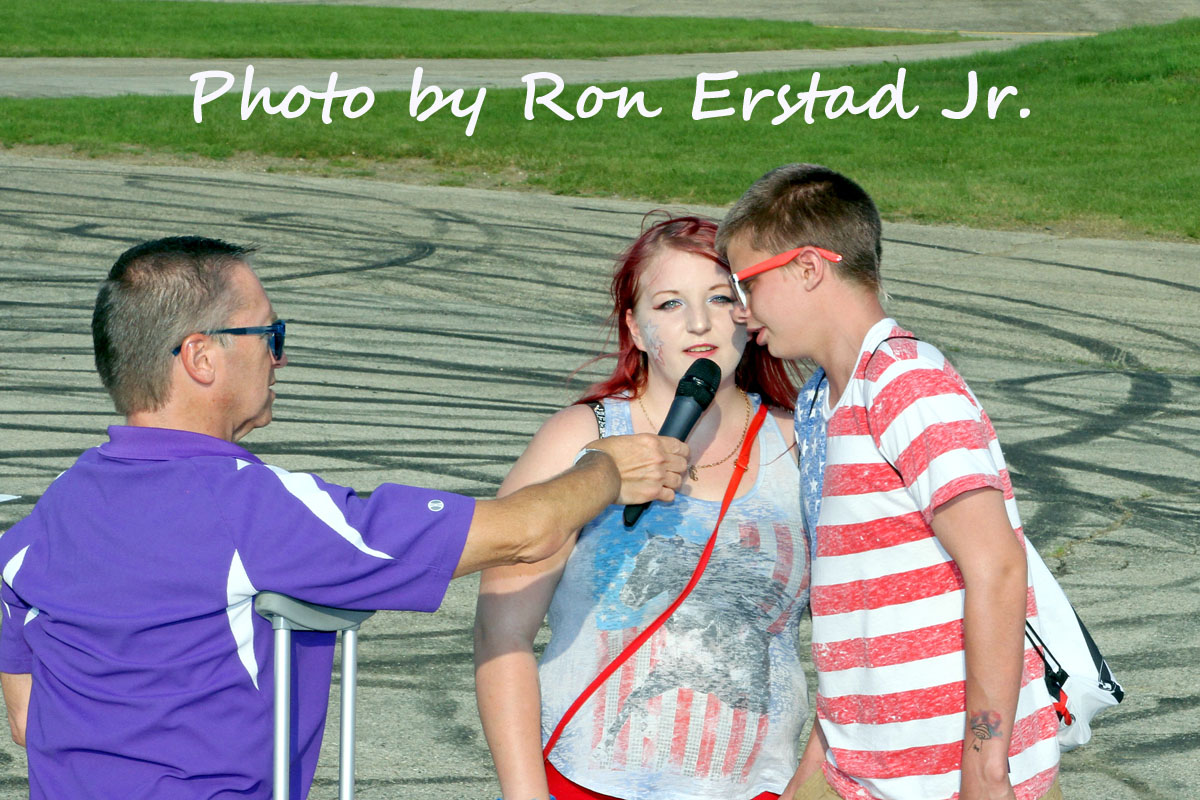 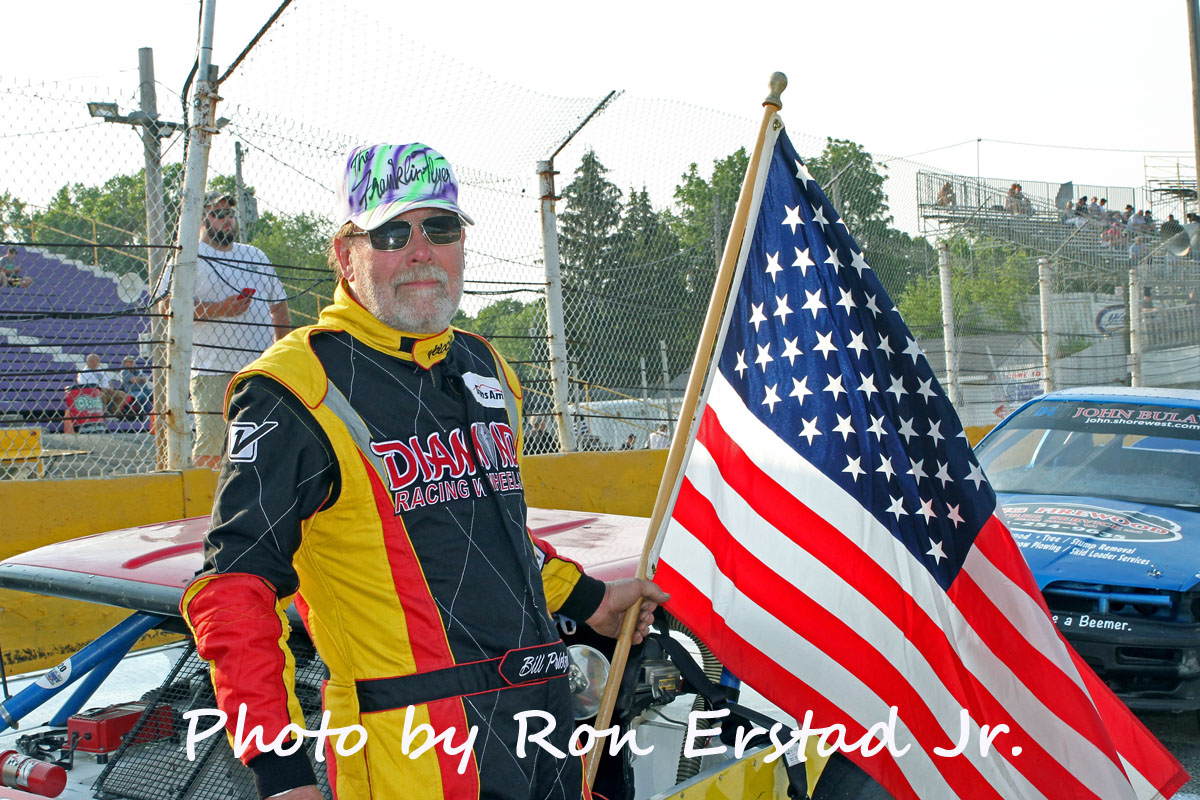 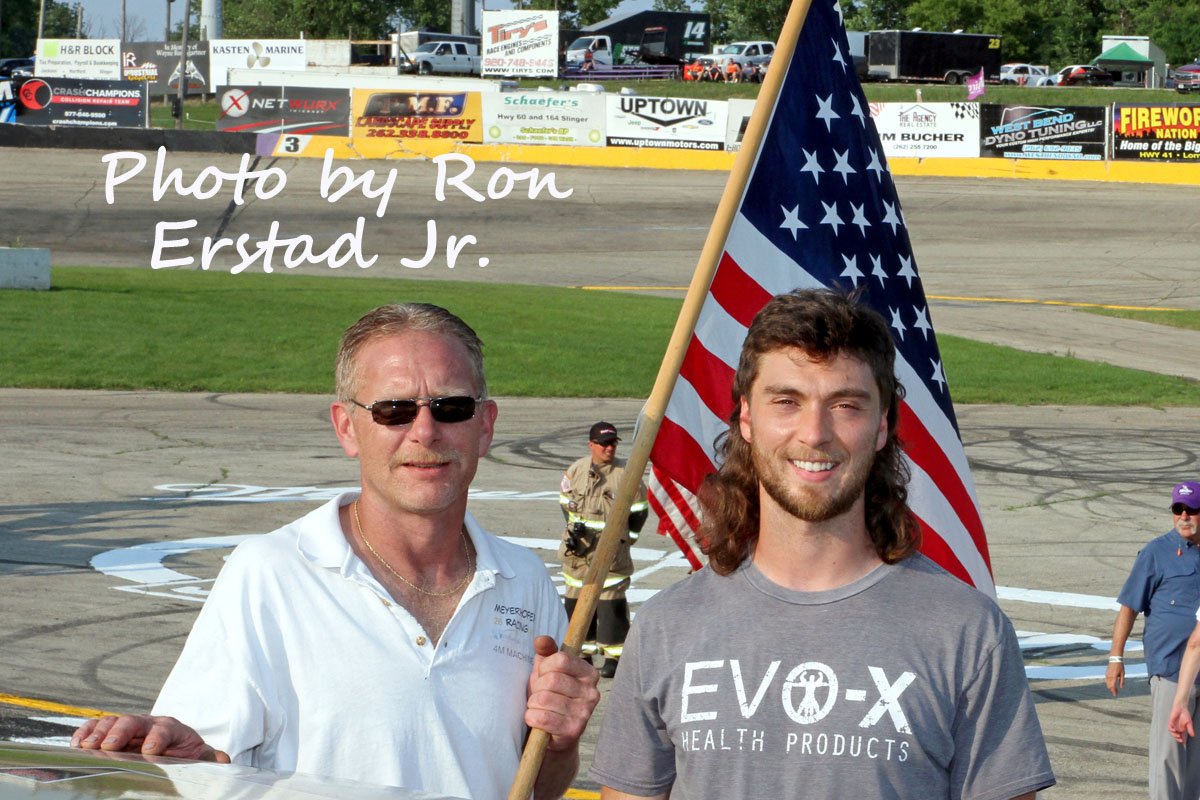