Driver of the 20x Slinger Bee

How did you get into racing?
Well, I’ve been watching my Dad [Shane Becker, #20 Figure 8] for as long as I can remember; he has always inspired me to be a racer.

What do you like about Slinger Super Speedway?
There is so much about Slinger I like…the high banks, the speeds, but the best thing about Slinger, in my opinion, is the people you meet. All of my competitors are all very helpful, they give me help, advice, and they help by teaching me how to race the track. Slinger is surrounded by good people.

Who do you need to thank?
Crew: My Dad. Sponsors: Jax Lawn & Snow Service, KJB Woodworks, Strobel’s Tree Service & Stump Removal, Pro Auto, BW Contracting, Layout Landscape, Vinyl Destination, Black Flag Racing, Fisher Racing, and all of our “Party on the Deck” sponsor. Anyone else: All of my family & friends for all the support and encouragement.

Do you have any pre-race traditions/superstitions/foods/etc?
Usually I’ll eat a plain hamburger with fries from the concession stand in the pits. Before I get out to race, I will drink some water. When I get in the car, I will check my belts, make sure my RaceCeiver is on, and pray.

If you could bring one fictional character to life, who would you choose and why?
I’d probably say Arnie Cunningham in my favorite movie, “Christine”. We both have similar personality traits as he did in the beginning of the movie.

What is your favorite racing memory at Slinger?
In June I had the chance to race my Dad. That was something I had always dreamed of…racing him and beating him, and we were quite competitive with each other too haha. He really filled up my rear view mirror! But yeah, racing against him was an unforgettable moment for sure, and watching my Dad whenever he got into an “Intersection Connection”

How did you get your car number (20x)?
It is a tribute in memory of my brother Jordan. The number “20” has always been in the family since my Grandpa raced Figure 8’s at Slinger in the 80’s. That number was carried on to my Dad in the 90’s. Also, my Mom’s number was 20, but my brother went with the number 20x when he started racing. He unfortunately passed in late 2016, and it was a way to pay tribute to him.

If you could have dinner with any three people (alive or passed), who would they be?
My brother Jordan, my other brother Dakota, and my cousin Kyle. I am a family oriented person.

What’s next for you (racing or otherwise)?
In September I will be a freshman at Hartford Union High School. In racing for the next four years I would like to stay in the Bees or hop around in different small car divisions if I ever get a chance. Once I turn 18, I want to race in the Figure 8 division. In the meantime, I will try and find the courage to not let off in the X so I can show up my dad!

Which Slinger driver (past or present) do you respect the most?
Honestly, that’s a tough question. There isn’t one certain driver I respect above another. I have a lot of respect for pretty much all the Figure 8 drivers such as Bill Shavlik and Ryan Lovald. I have a lot of respect for my competitors in the Bees such as the Benn’s, the Tackes’. In addition, Travis Kreuser, Carl Benn, Marty Tackes, and Patrick Wardlaw have given me a lot of advice about my car because they used to own the same one before we bought it. 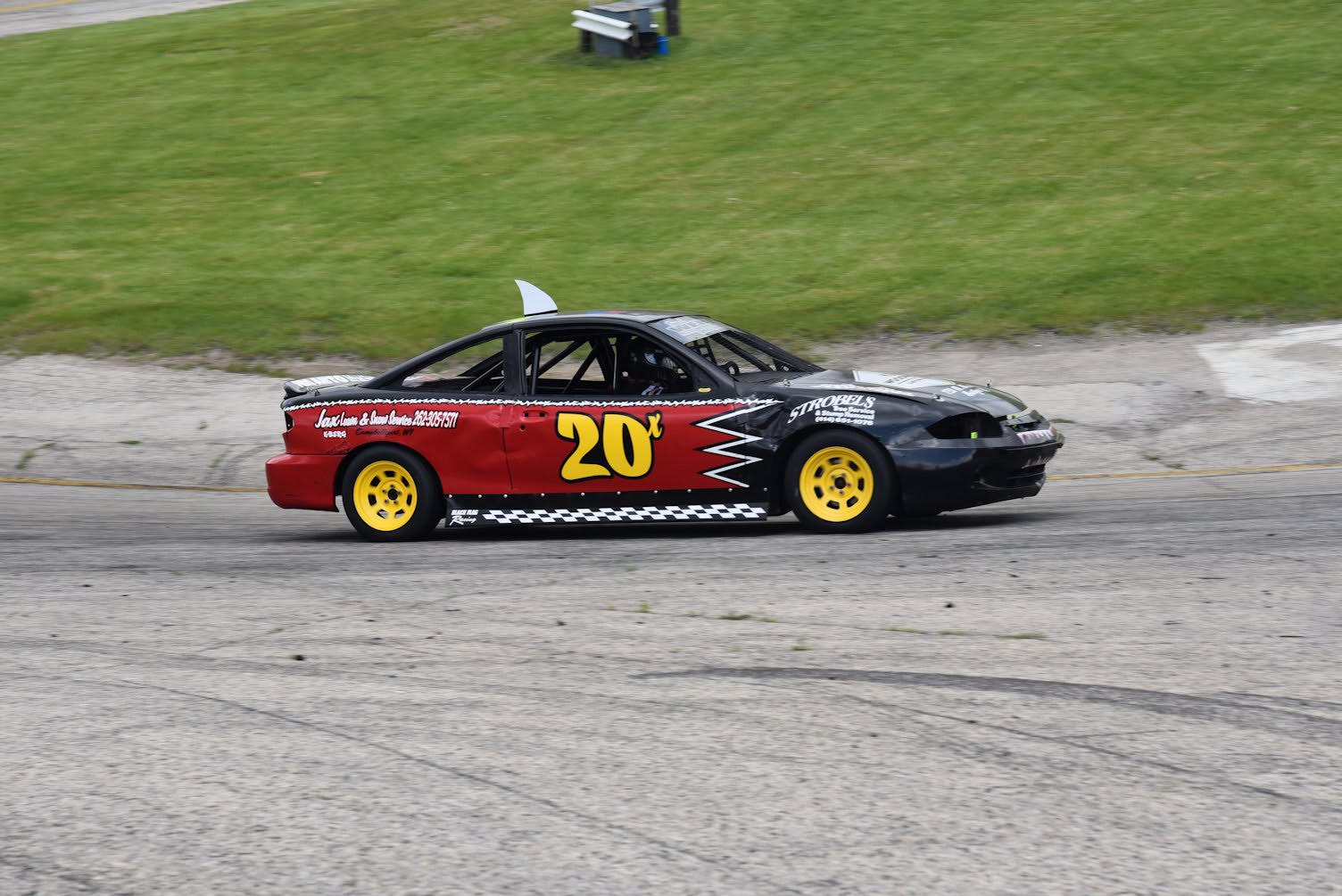