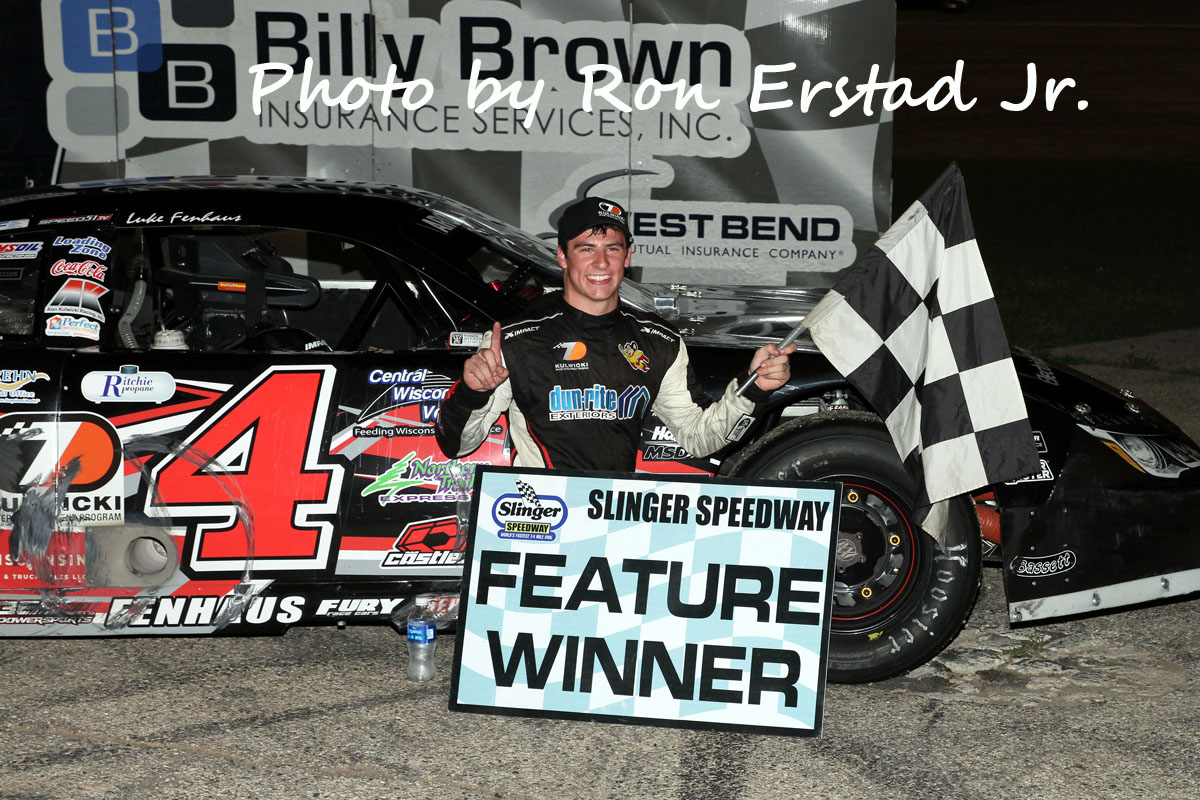 By Dan Margetta
Slinger, Wis., August 15— Luke Fenhaus swung around a bullish Dennis Prunty with five laps to go in the 75-lap Carl Wegner Memorial Sunday night at the Slinger Speedway to capture his first weekly super late model feature win of the season and take over the championship point lead.

“I was worried at hallway that I couldn’t get to the first place car,” Fenhaus told the crowd from victory lane, “But (Crew Chief) Tom (Ress) made a good call at the end and just freed it up a little bit more and it was able to turn enough to keep it on the outside of Dennis (Prunty).”

“He ran me really clean so I appreciate him running me clean. He’s a really good race car driver and I really appreciate that” Fenhaus continued after now leading the championship point standings by 25-points over Rich Bickle, “We’re not going to worry about points and we are just going to try to win the last few races. That’s the goal for the rest of the season, to set fast times and win races.”

Dennis Prunty finished second and did not participate in the post-race stage interviews after leading most of the race, spending a majority of the laps wrapped up in a tense battle with Steve Apel for the top spot before Fenhaus was able to pass both of them. The Prunty-Apel rivalry runs deep at Slinger and Sunday night was yet another chapter in the saga as their battle featured plenty of wheel scuffs and door rubs as Apel tried to work the high side while Prunty left minimal real estate. In the end, Apel was forced to settle for a third place finish and while it appeared he had a much different opinion of Prunty’s racing etiquette than Fenaus, he took the high road during his post-race interview.

“We’ll have to just watch the video but I know what I seen and what everybody else seen,” Apel told the crowd, “But this race is all about Carl Wegner and we wanted to win this one really bad. Carl helped me out a bunch in 2015 when I was out of a ride and on my own. He gave me a motor to use for the year with no strings attached. We went on to win eight races that year. We won the Red White and Blue Championship at Kaukauna and the Slinger championship here so I hope he would be proud tonight.”

Brad Keith had a strong run late and finished fourth while relative newcomer to the Slinger super late model ranks, Jacob Nottestad rounded out the top five finishers with a fifth place result. Ryan DeStefano finished in the sixth position and Lowell Bennett wrapped up his first Slinger appearance of the season with a seventh place finish. Rich Loch took the checkered flag in eighth while R.J. Braun and Rich Bickle completed the top ten in ninth and tenth respectively.

Bickle raced in the top five for most of the event until he tangled with Alex Prunty on lap 52 while racing over the fourth position. The incident eliminated Prunty from the race with a twelfth place finish while Bickle was able to complete some laps late in the race to finish tenth. Bickle’s misfortunes coupled with the victory by Fenhaus allowed Fenhaus to take the championship point standings lead by 25 points over Bickle with two point nights remaining for the super late models.

Ryan DeStefano won the super late model fast dash and Luke Fenhaus was the fastest qualifier after turning in a lap in 11.148 seconds.

Jeff Holtz took the lead on lap 28 of the 40-lap late model feature and drove to a convincing victory over Ryan Gutknecht. Braison Bennett used a late charge to finish in the third position followed by Jack Stern and early leader Scott Shambeau in fourth and fifth respectively. Jerry Eckhardt and Tyler Schley were the winners of the late model heat races and Jack Stern set fast time on the evening by circling the speedway in 12.174 seconds.

Andrew Meyerhofer won the 35-lap sportsman feature in a photo-finish over Brian Holtz. Holtz made a final corner charge for the win coming to the checkered flag but ended up a half car length short as Meyerhofer took the victory. Dan Calhoun finished third and Rick Redig-Tackman was fourth. Ryan Sielaff finished fifth. The sportsman heat races were won by Rick Redig-Tackman and Brian Holtz while Paul Wagner debuted a new car with a fast qualifier award after touring the speedway in 12.774 seconds.

Evan Hassler drove to an emotional win in the 25-lap Slinger bees feature. A few weeks ago Hassler’s grandfather suffered a medical emergency at the speedway and spent time in a hospital before returning to the speedway Sunday night to witness the victory. Brandon Mennicke finished second followed by Misty Benn, Billy Braun, and Marty Tackes. Brian Stanczyk was back behind the wheel after some time off and he won a Slinger bee heat race while Brady Held was victorious in the other heat race. Billy Braun was the fastest qualifier with a lap time of 15.201 seconds.

Nick Ostberg drove to the win in the Figure 8 race over Bill Shavlik and Scott Goeske. Rick Bruskiewicz was fourth and Chris Neumann finished fifth. The race program was complete at 9:15 pm. 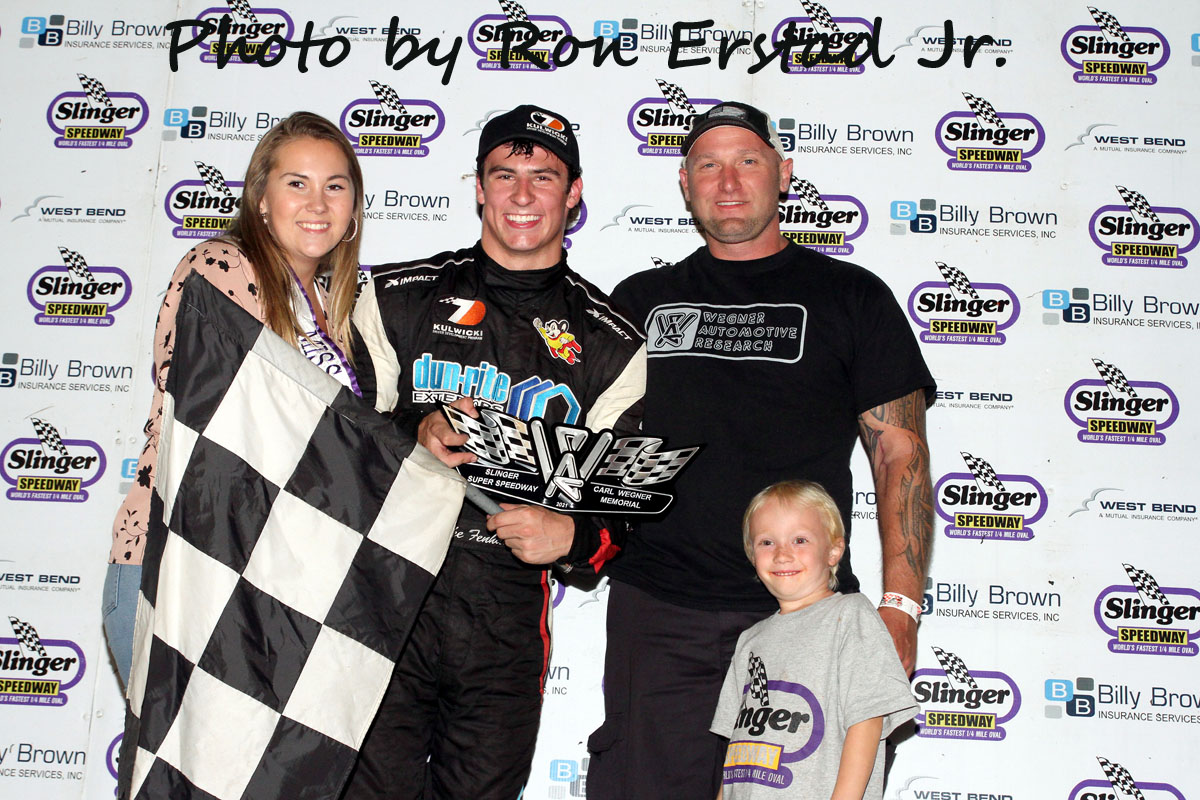 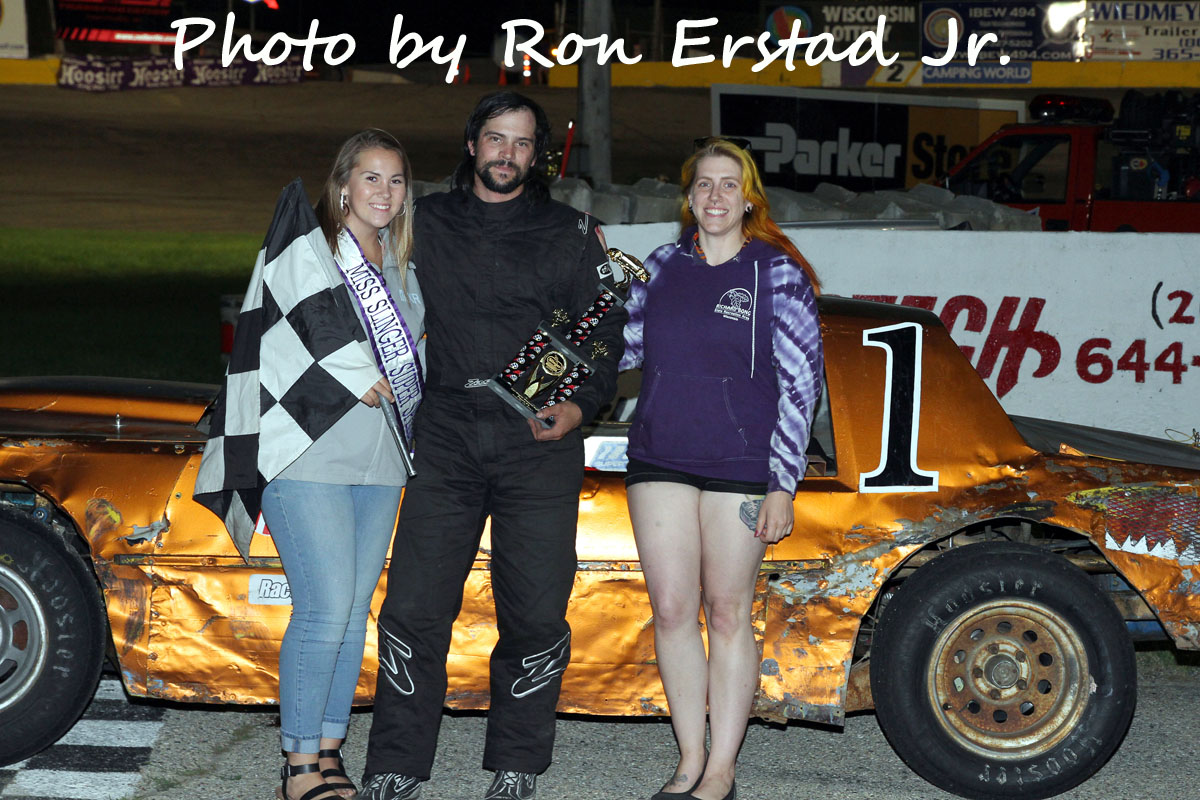 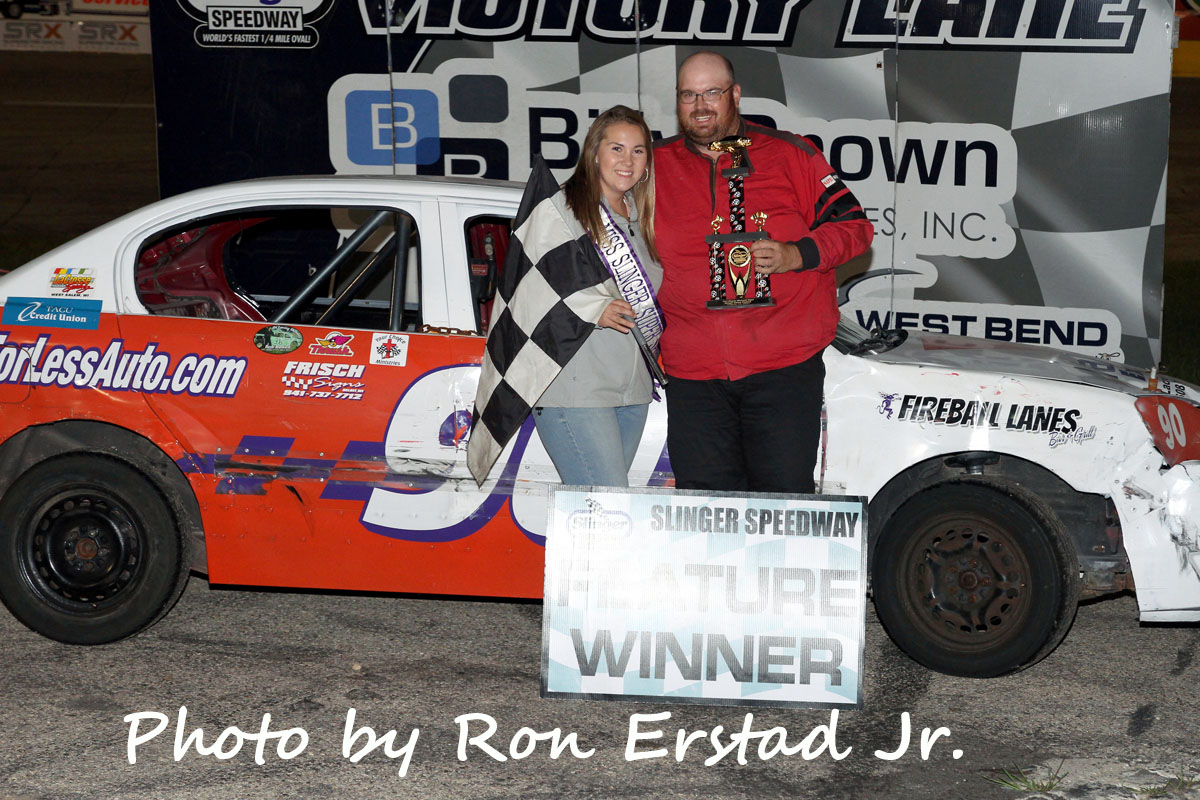 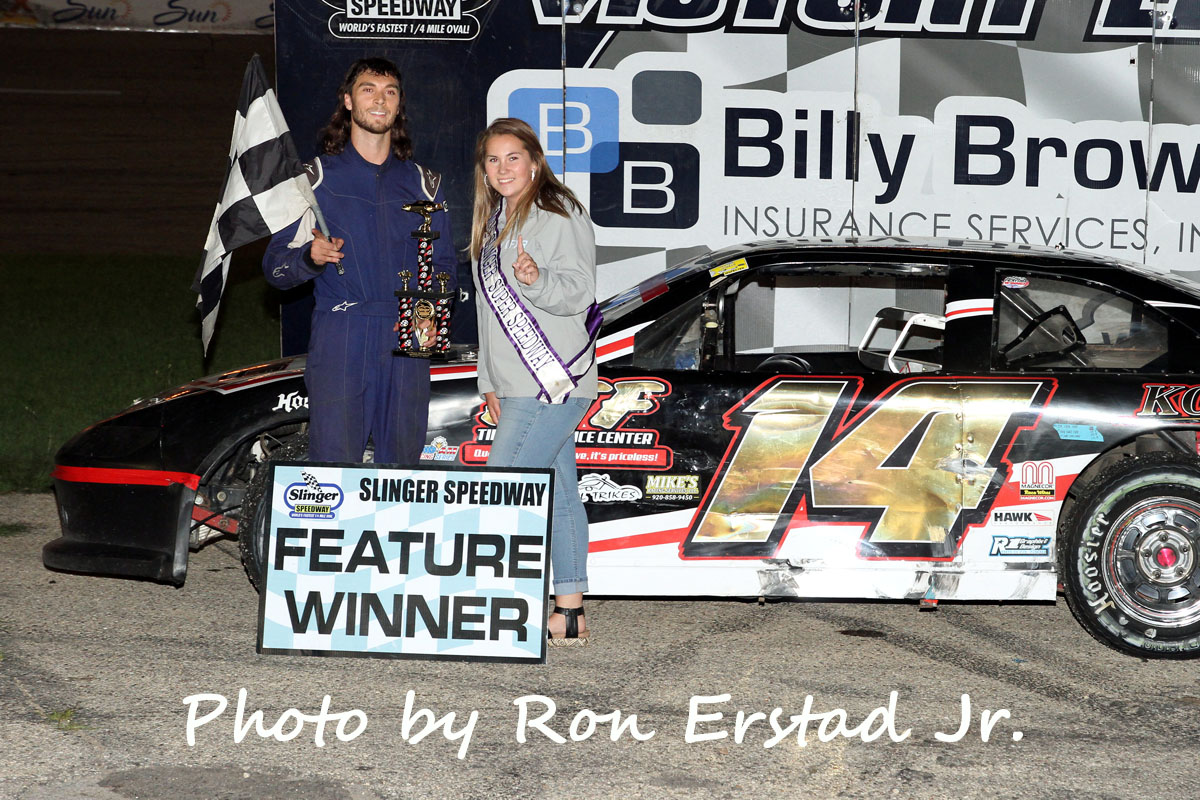 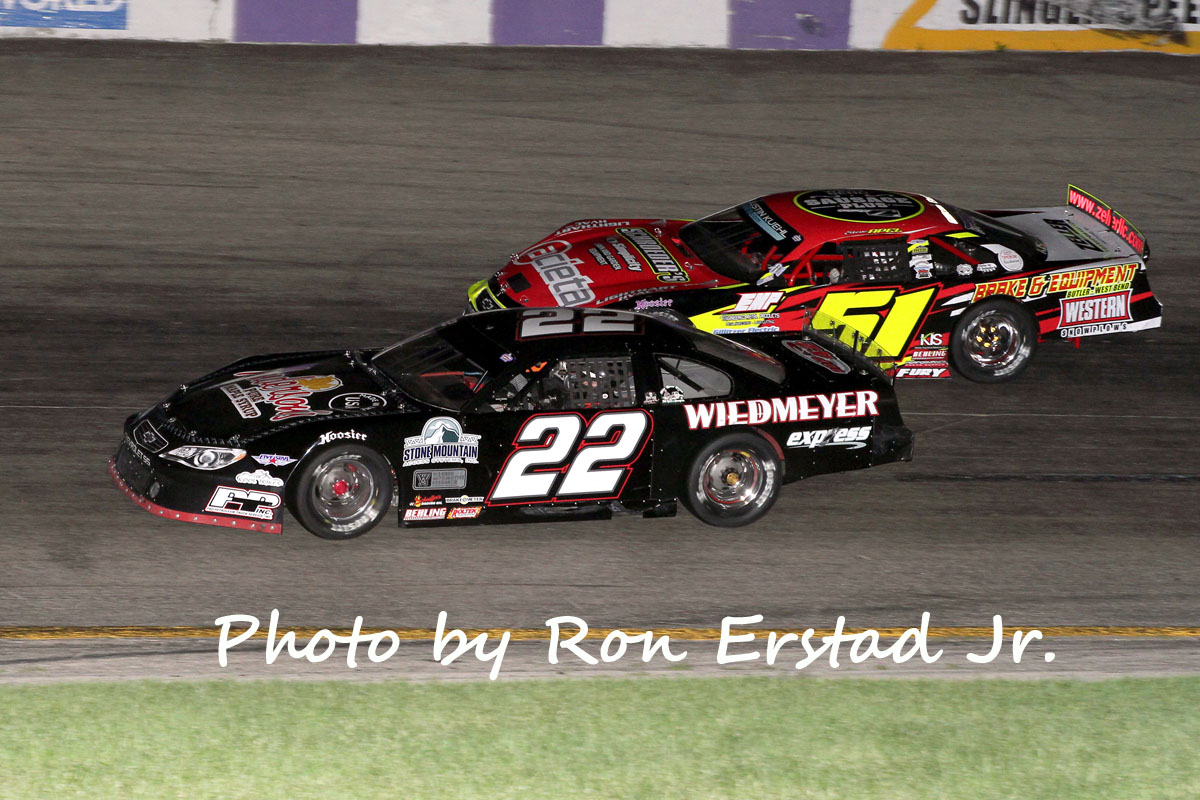 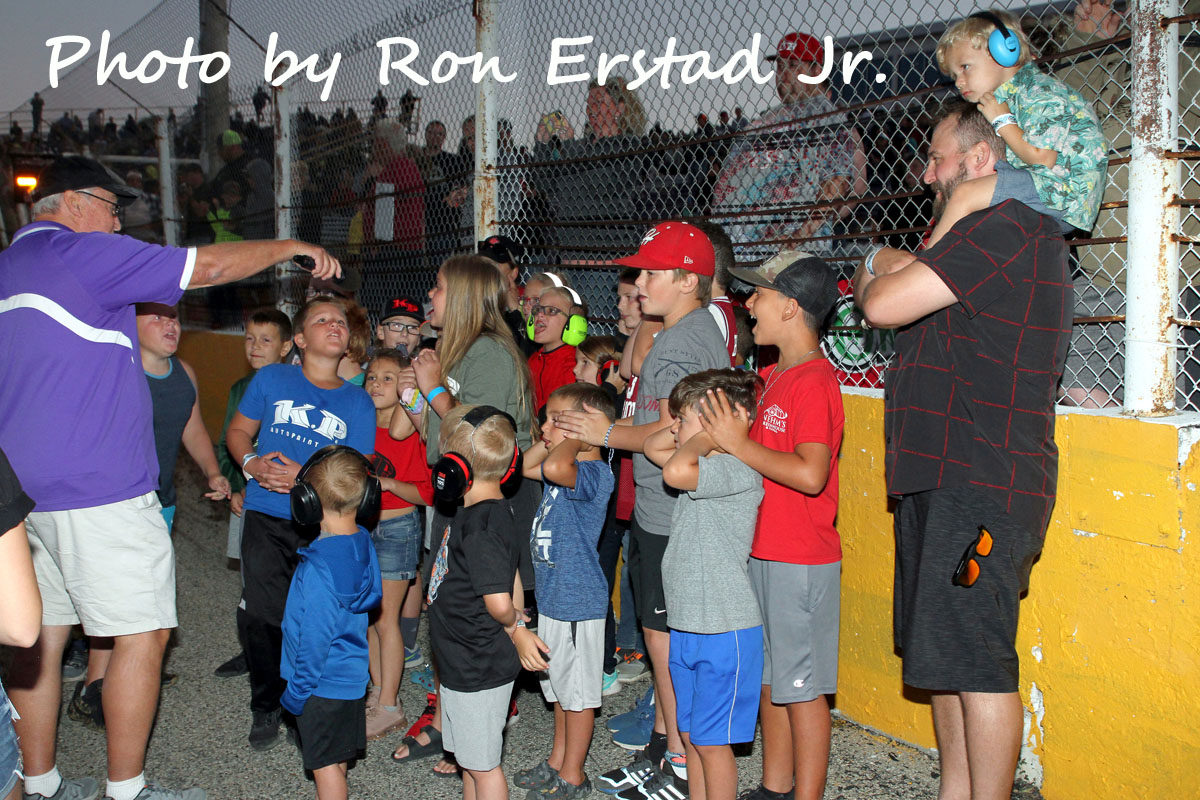 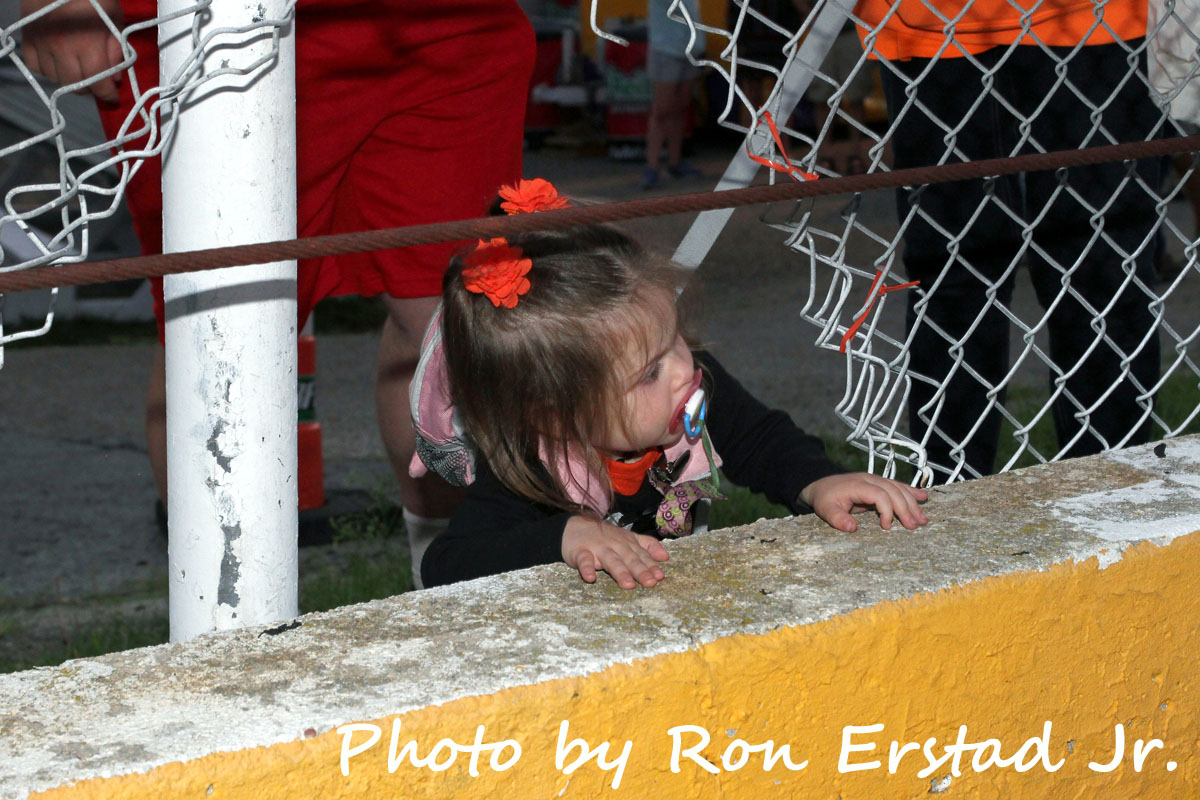 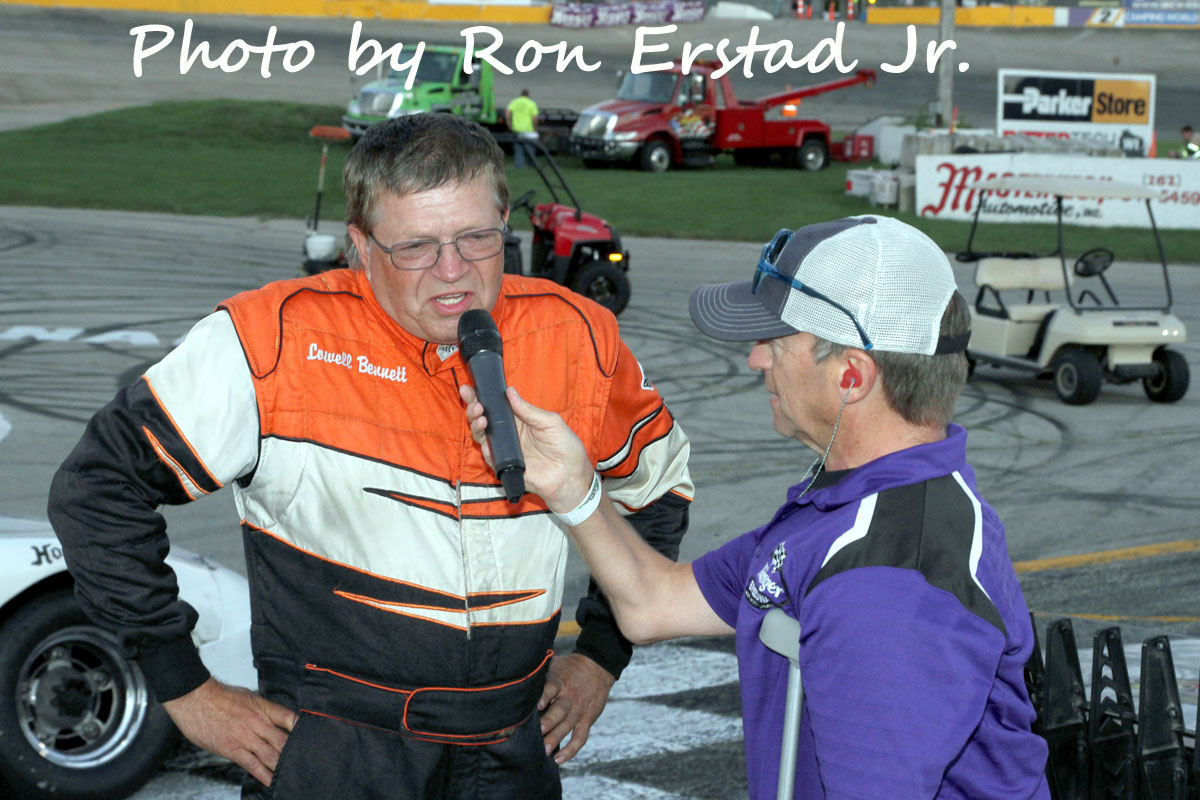 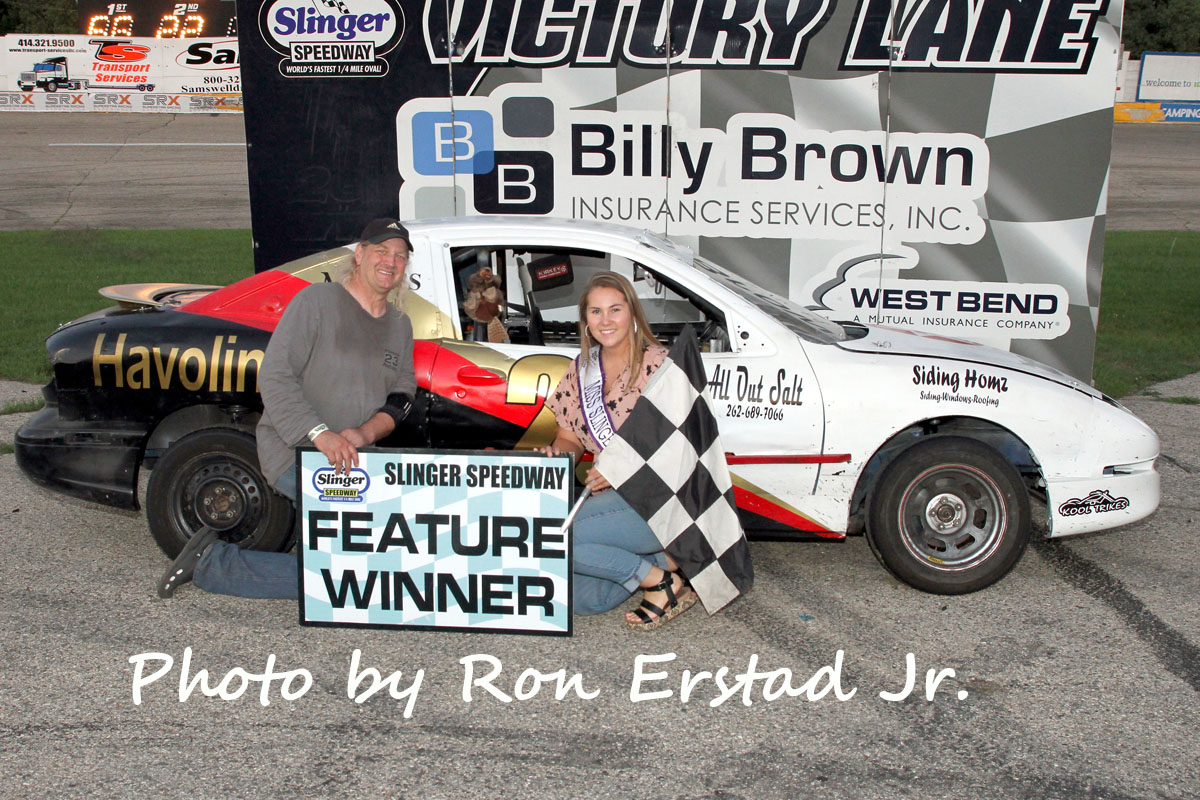 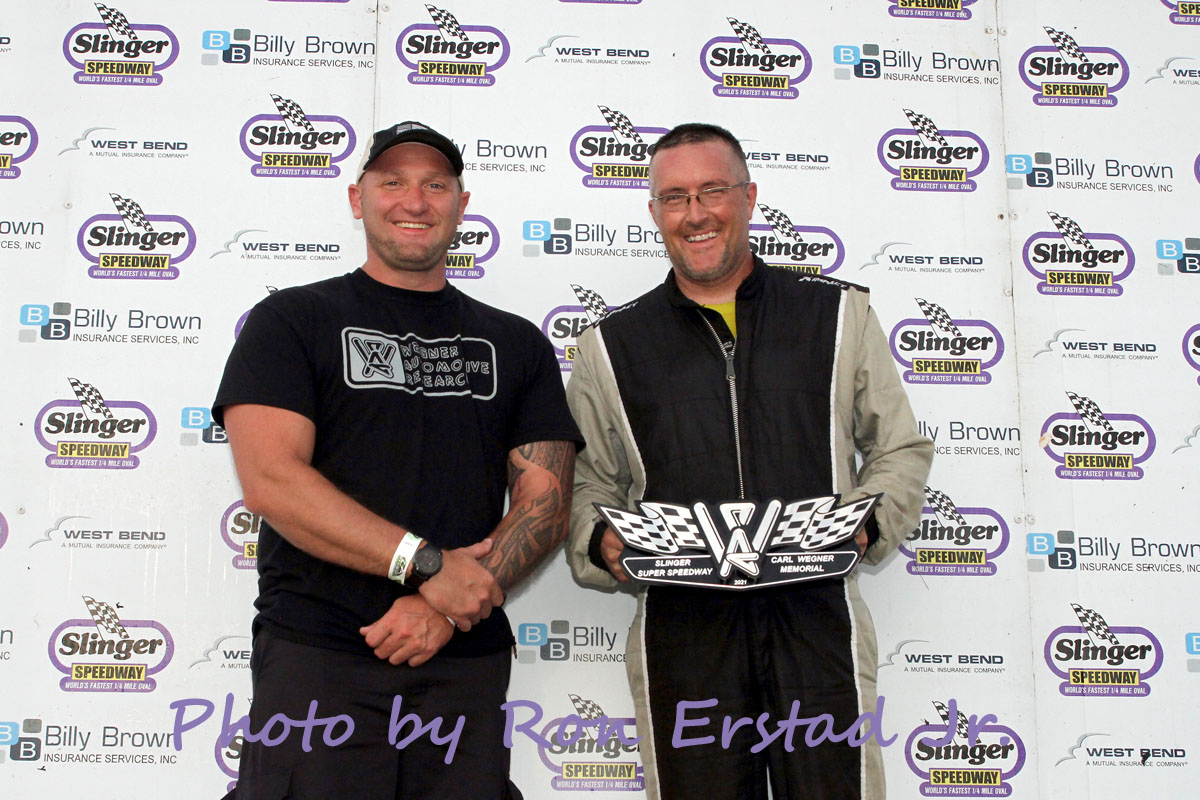 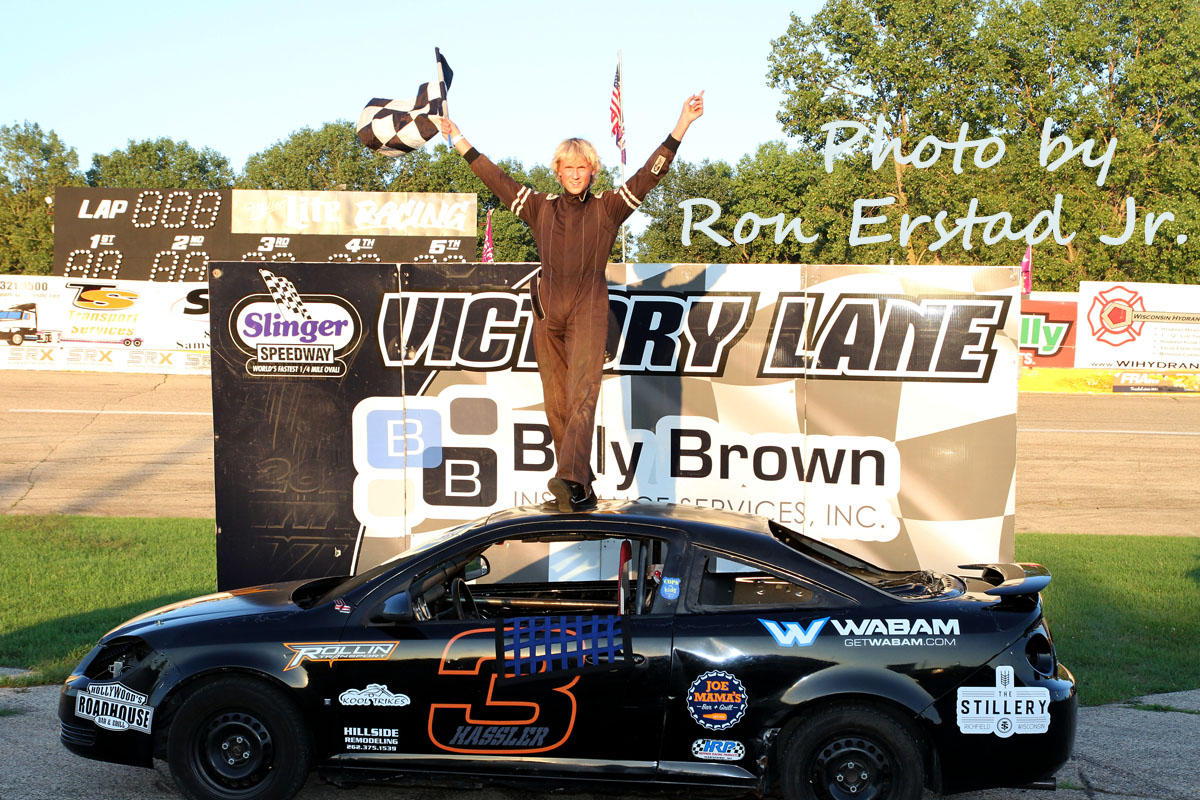 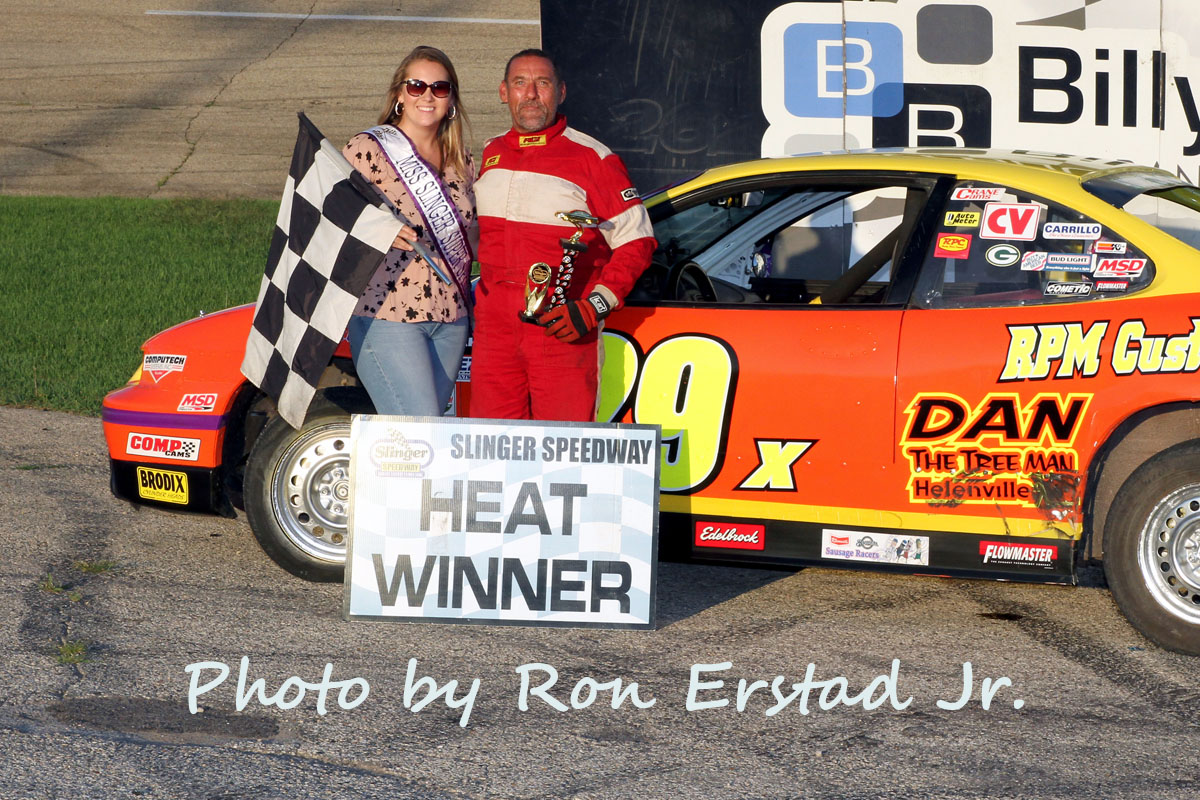 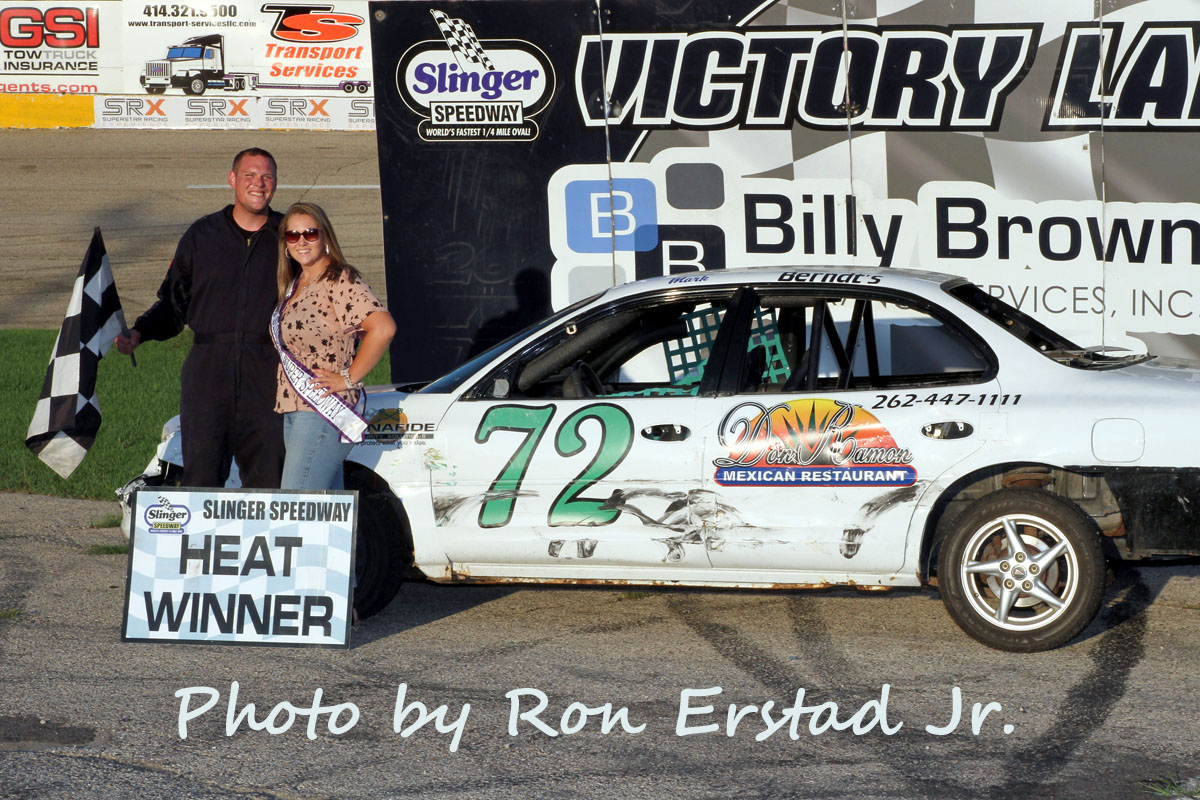 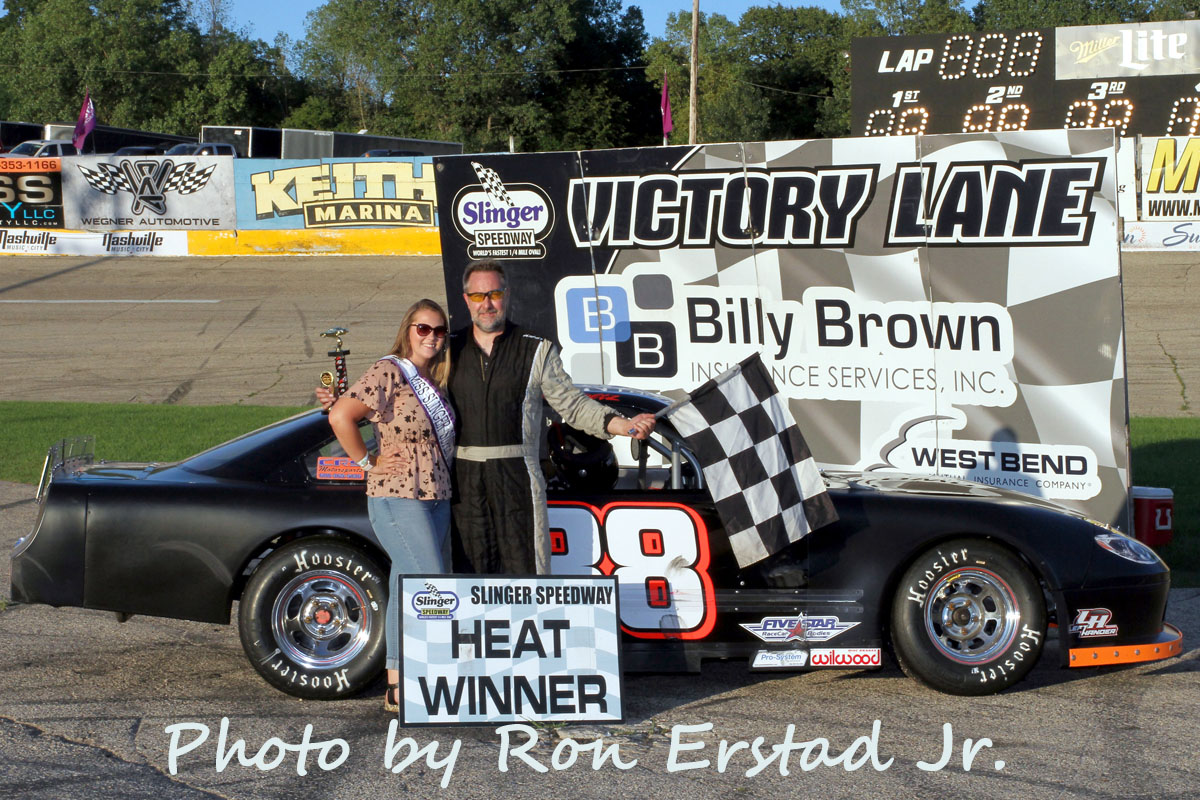 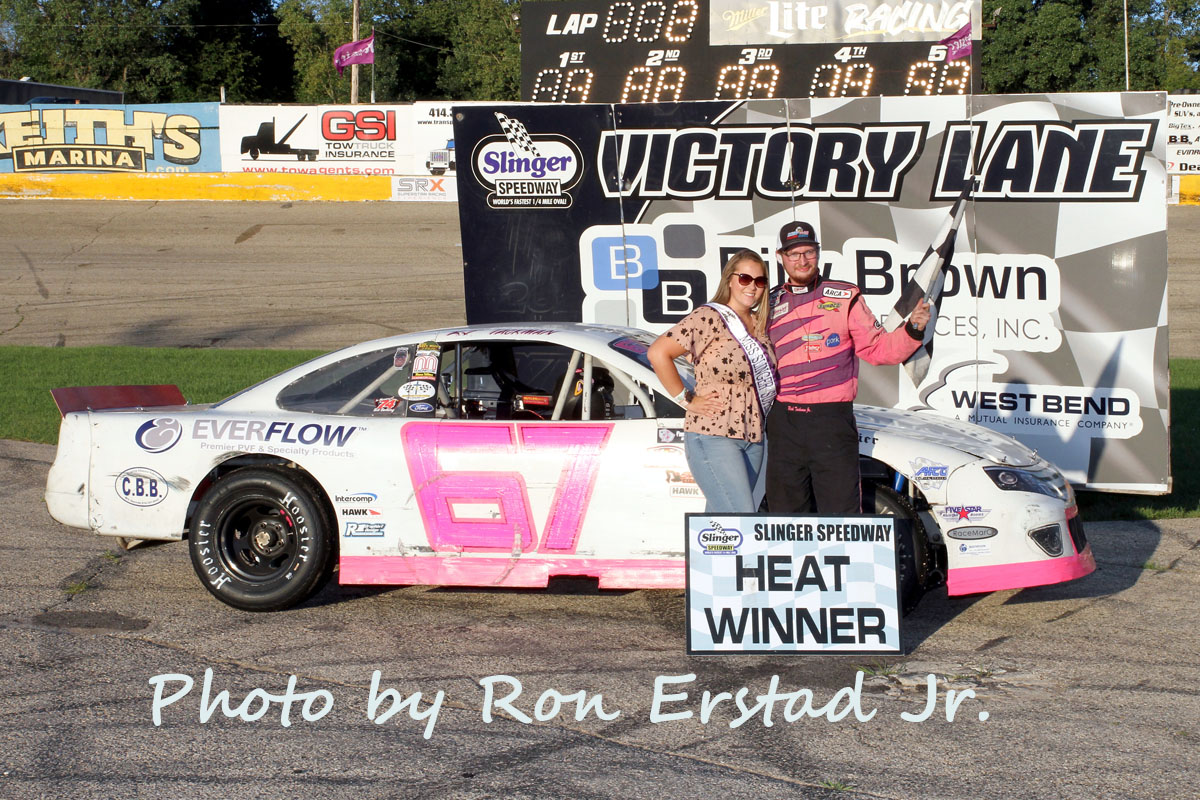 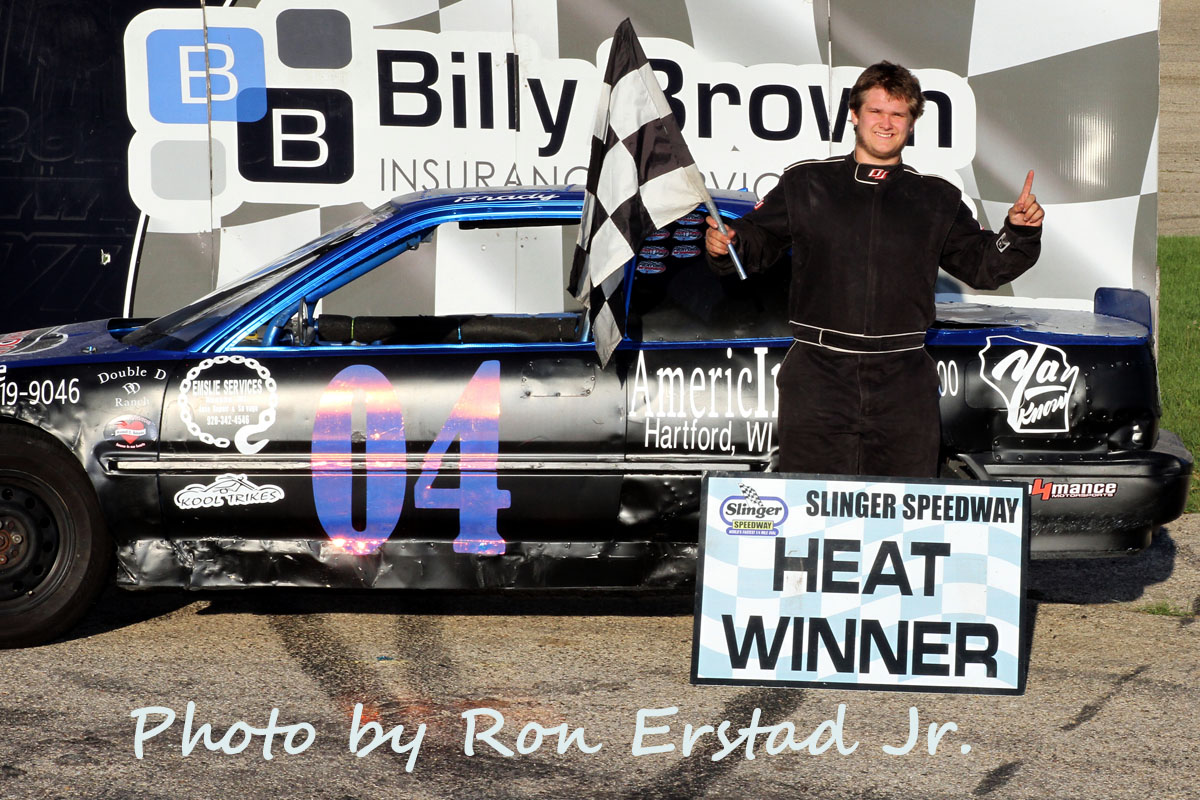 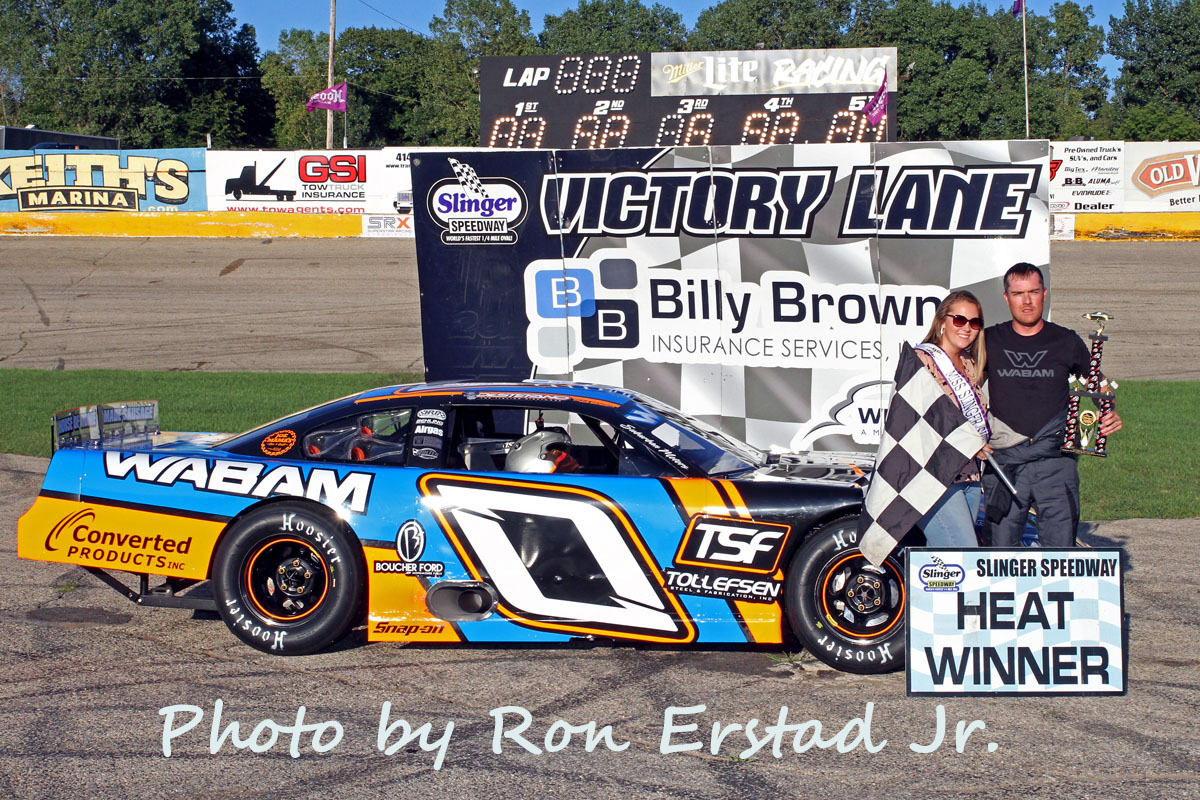 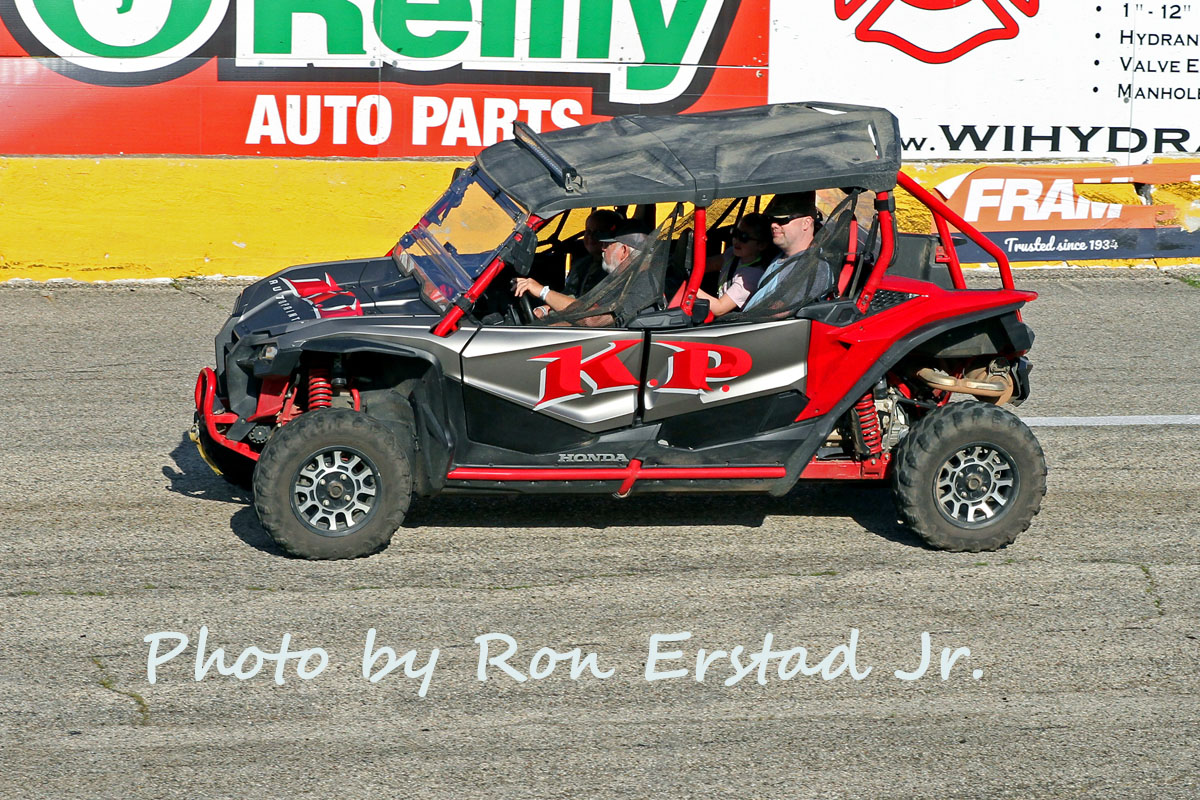 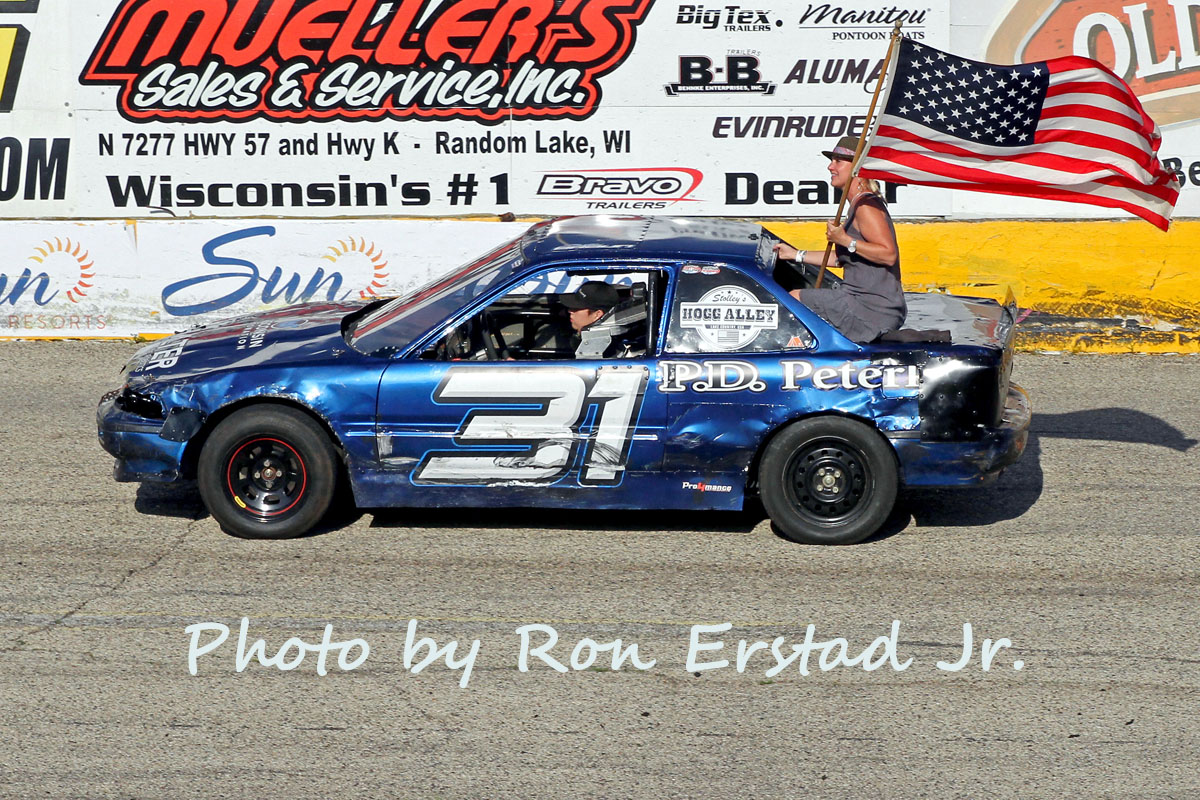 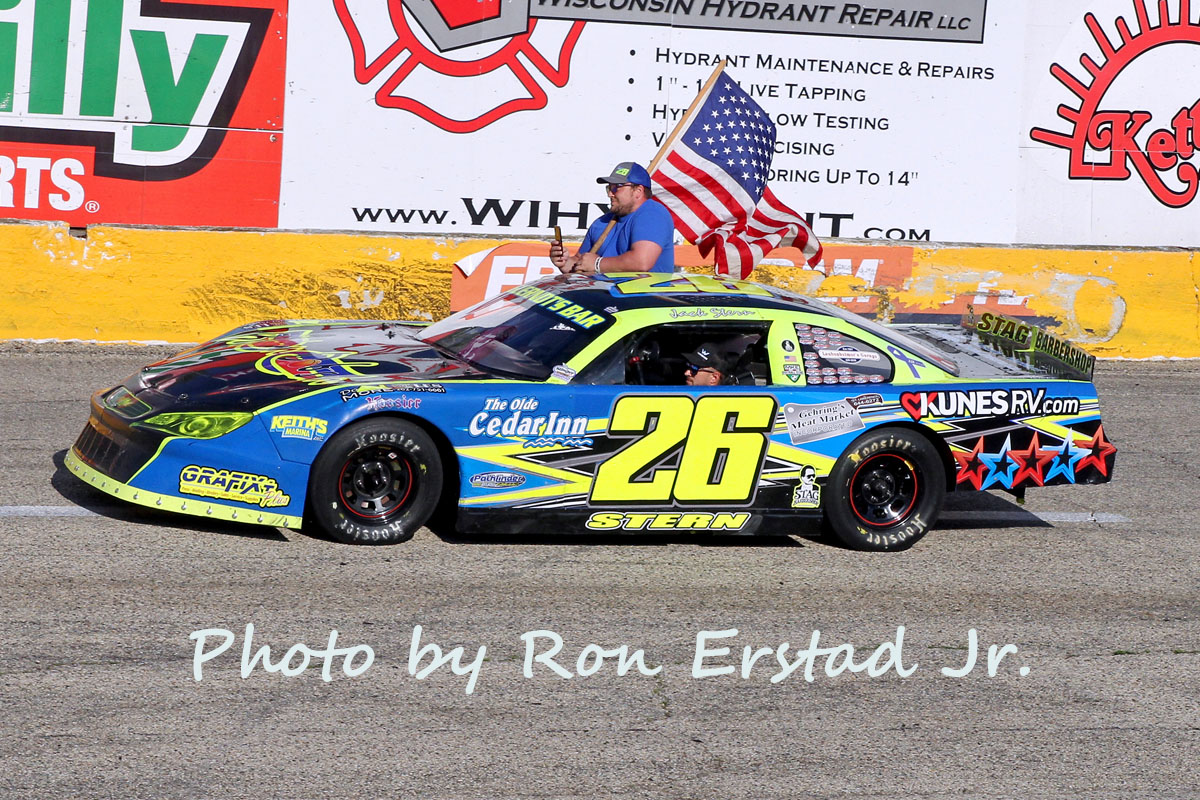