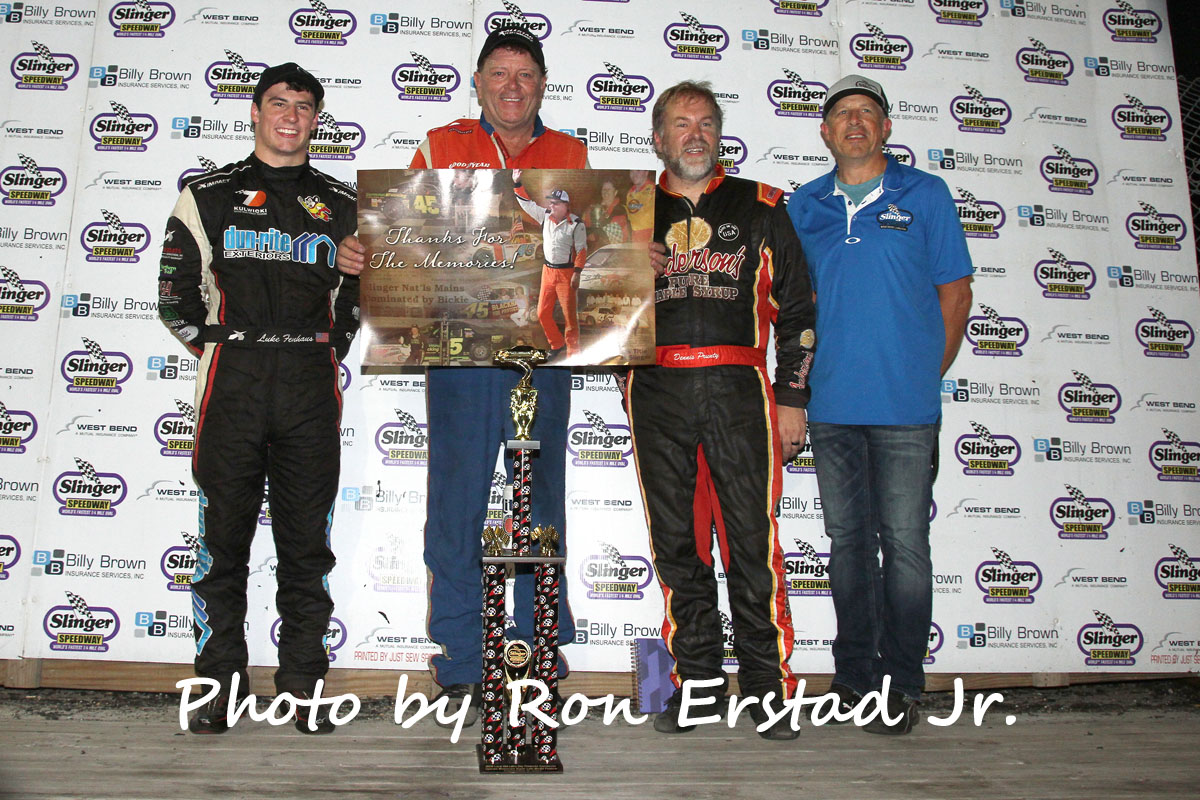 By Dan Margetta
Slinger, Wis., Sept 5—The storyline entering Sunday evening’s IBEW Local 494 Labor Day Championship night at the Slinger Speedway played straight out of a Hollywood script as 60-year old veteran Rich Bickle prepared to make his final Slinger start, wrapping up a 40 plus year career, as he chased 17-year-old standout Luke Fenhaus who was looking to capture the super late model track championship in his rookie season.

The drama continued in the 100-lap super late model feature as a late race caution involving Ryan DeStefano and R.J. Braun with four laps to go meant the championship contenders would settle the season in a four-lap shootout. Bickle and Fenhaus raced hard in the final laps before Bickle was able to edge ahead from the outside groove to win the final Slinger Speedway race of his career while Fenhaus finished a close second and was crowned the 2021 super late model track champion.

“What a way to go out,” an emotional Bickle proclaimed from victory lane, “This was our back-up car because our primary car broke today and we got about four laps on this thing before qualifying. I thought the car qualified really good but it didn’t go that fast and I was kind of bummed but man this thing in the race was just unbelievable. I didn’t think we were going to get a yellow there at the end but everything happens for a reason.”

“In 1983 I outran Joe Shear for the title here and I was 23 which back then was young.” Bickle continued alluding to finishing second to the 17-year old Fenhaus in the track championship, “It’s kind of like the world has turned and now I’m the Joe Shear and he’s the young me. He’s a really good racer who ran me clean and we’ve done it all year long. He’s got a bright future and I’m not sure what I’ve got left, but of the 226 race tracks I’ve raced at, Slinger is one of my top five favorites. The fans have always been incredible here and you just couldn’t write the storybook any better.”

“That couldn’t have ended any better,” Luke Fenhaus stated after winning the track championship in his rookie season, “It’s tough not to win the race tonight but what a great year we had. Our team and our family is the best in the business and I don’t take it for granted.”

“I’m thankful for all the opportunities I have here,” the newly crowned champion continued, “The Kulwicki Driver Development Program guys and the Juvenile Diabetes Research Foundation are all watching here tonight and it’s just a big night for me and it’s huge to win the championship. Our goals from here are to win the Kulwicki Cup and other races and championships to keep moving forward and I’m so thankful for the people behind me and everyone who has gotten me here and supported me this year.”

Dennis Prunty finished third in the 100-lap main event just ahead of Alex Prunty, whose fourth place finish was enough to edge Dennis for third place in the overall point standings by just two points. Brad Mueller finished a strong run with a fifth place finish after starting deep in the field.

“When we unloaded I knew we brought the wrong car,” Dennis Prunty said afterwards, “I thought we would just ride as the car was crazy tight and we just rode around on the outside. To be honest with you, Rich (Bickle) and I have had our issues in the past and he ran inside me for ten or fifteen laps unbelievably clean. I never really thought he would get a chance to get up there and win but he did it and that’s awesome. It was also awesome watching Luke Fenhaus grow up and he’s an unbelievable kid and he deserves the championship.”

“I’m surprised we ended up getting here in the top four.” Alex Prunty said, “It wasn’t pretty and I think we went to hard and burned the tires up early and just did what we could after that. We’ll come back stronger and try to get it figured out next year.”

“We muscled the 89 car from twelfth up to fifth and these boys put there heads together and put together a rocket ship underneath me tonight,” Brad Mueller said after his fifth place finish, “We had a tough year and didn’t line up as fast as we wanted to each week but these boys never gave up on me.”

Nick Wagner finished in the sixth position and Brad Keith took the checkered flag in seventh just ahead of Rich Loch in eighth. Ryan DeStefano and R.J. Braun each led the race for a number of laps before their late race incident and the two completed the top ten finishers in ninth and tenth place respectively.

Ryan DeStefano was the winner of the fast dash and Luke Fenhaus was the fastest qualifier with a lap time of 11.203 seconds.

Dale Lecus Jr. won the 35-lap sportsman feature after battling with Andrew Meyerhofer and Jake Schraufnagel who finished second and third. Dan Calhoun crossed the finish line in fourth and Paul Wagner was fifth. Meyerhofer’s second place finish clinched the 2021 sportsman track championship. Jim Cormack and Brian Holtz were the winners of the sportsman heat races and Jake Schraufnagel was the fastest qualifier with a lap time of 12.748 seconds.

Zach Greer scored a clean sweep in the super beez division as he won the 25-lap feature along with the heat race and was the fastest qualifier on the evening. Al Strobel finished second in the feature ahead of Colin Saegert in third. Mitchell Strobel finished fourth and Dylan Gagliano was fifth. 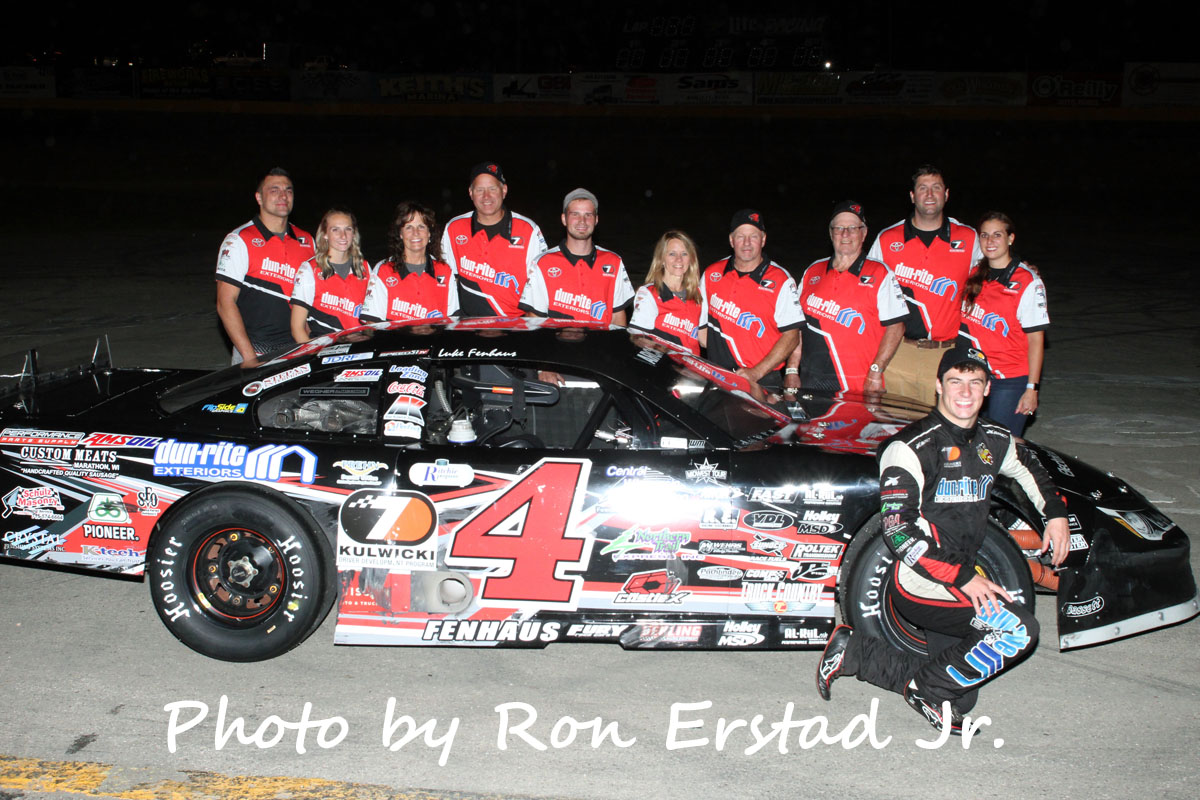 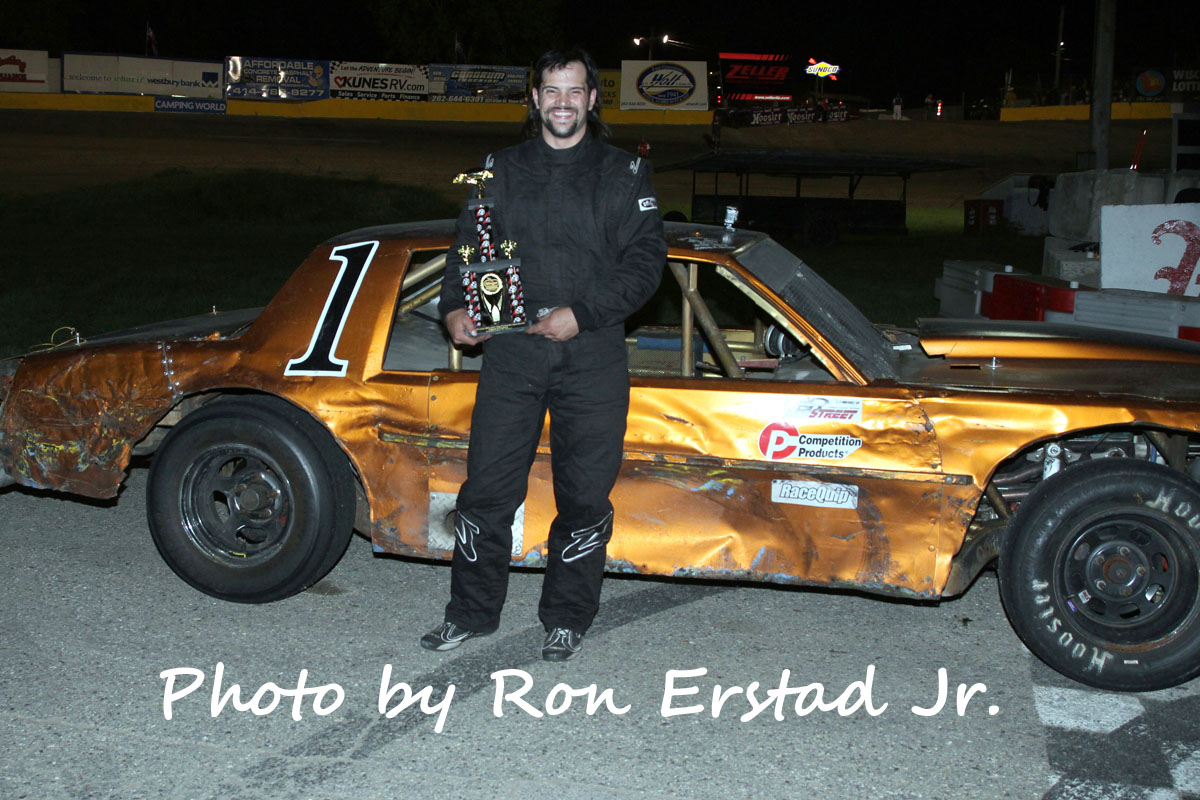 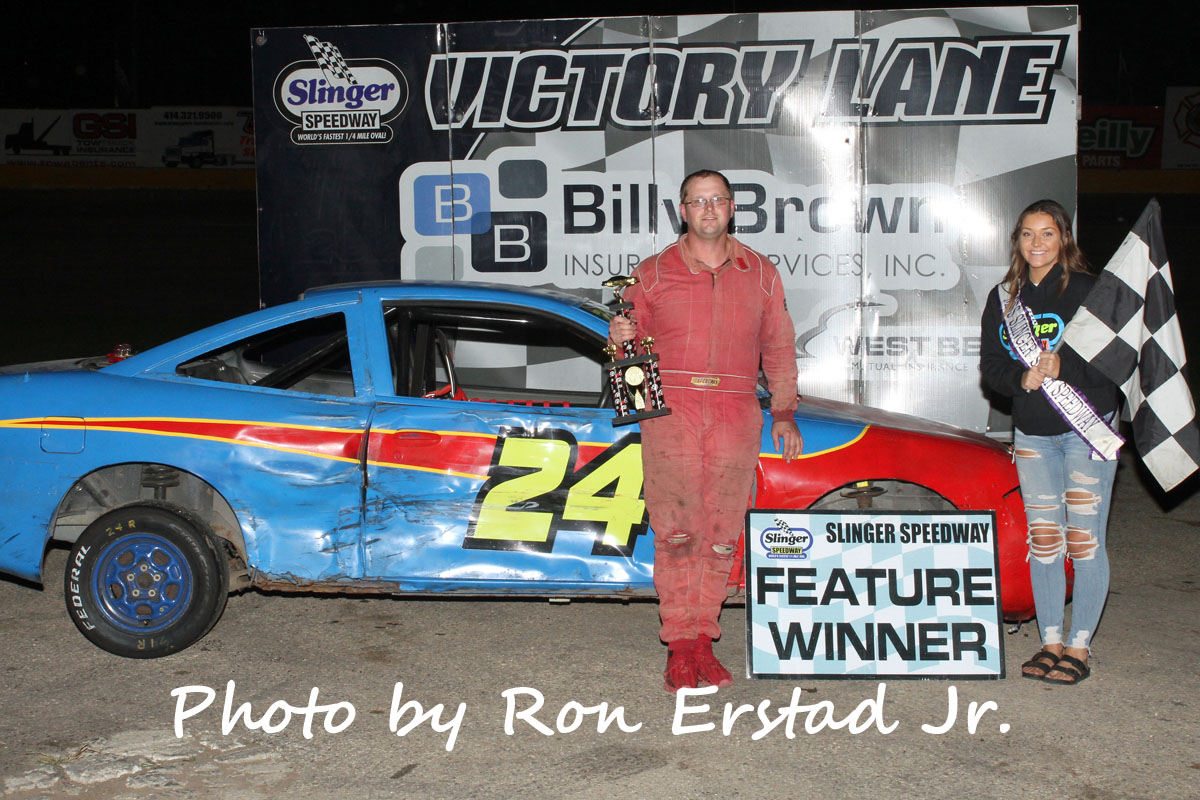 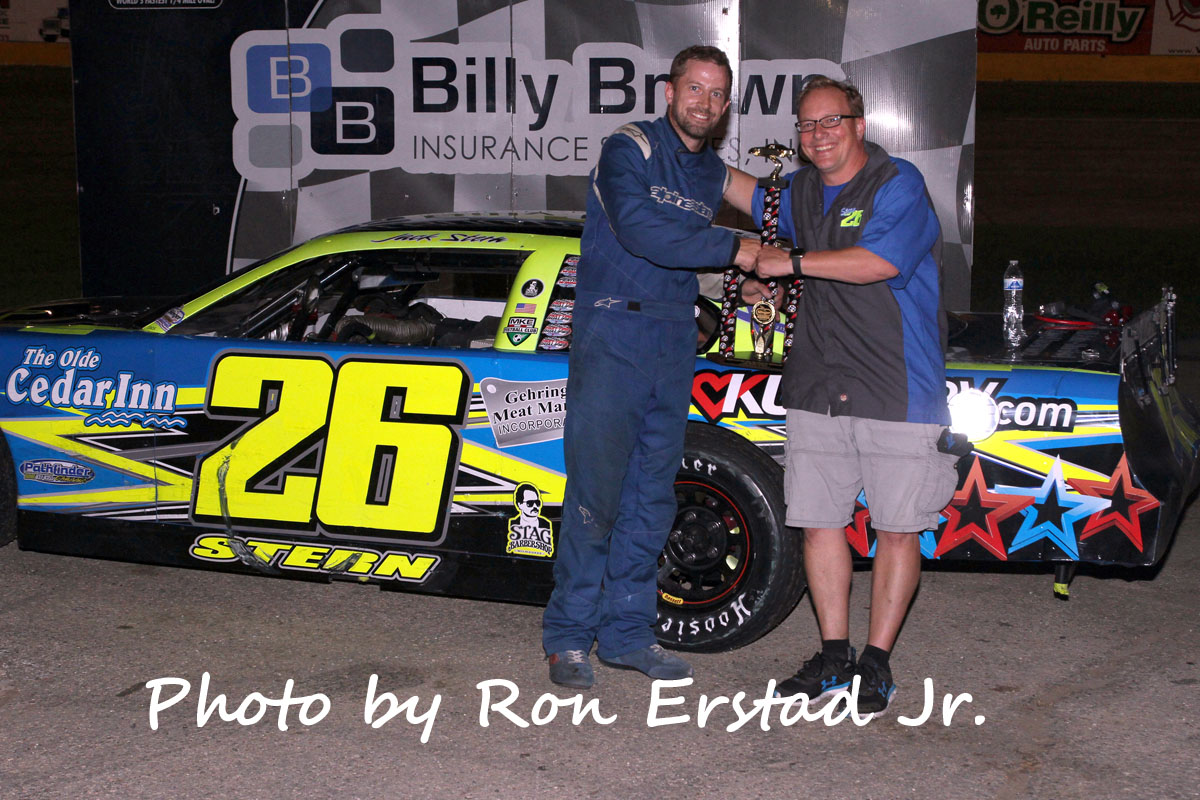 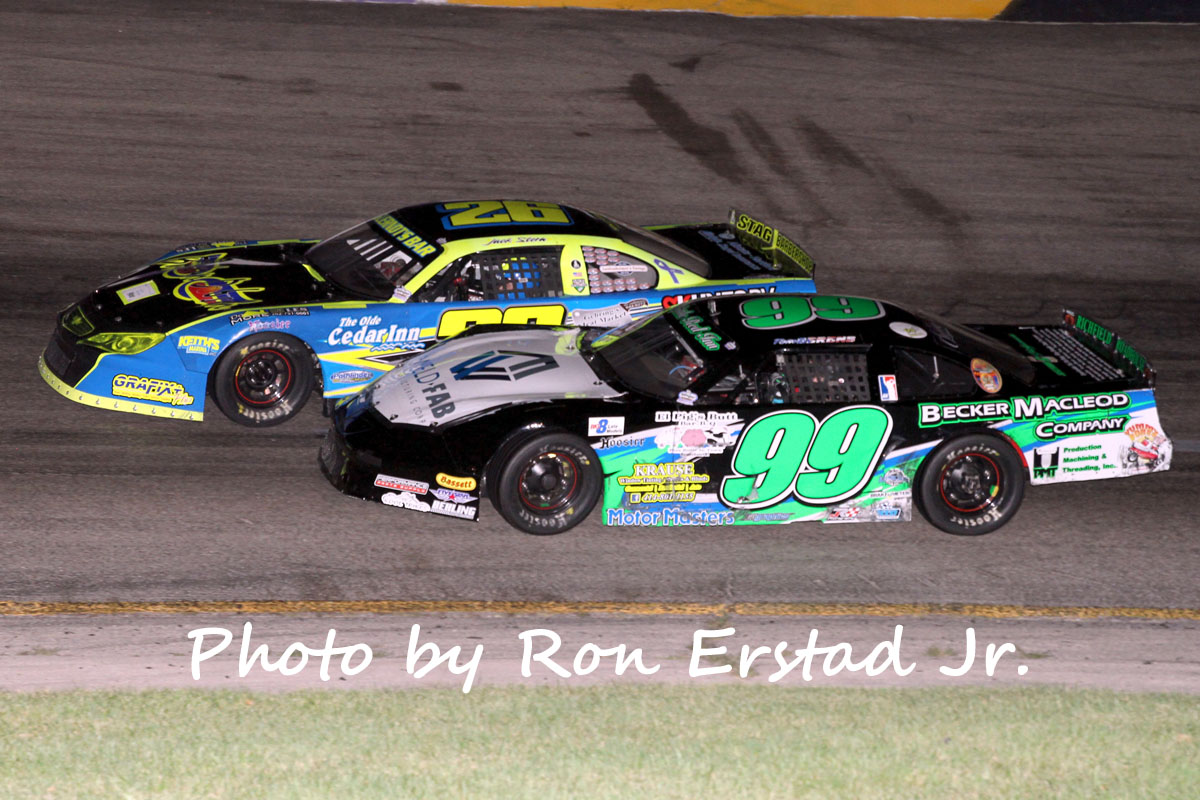 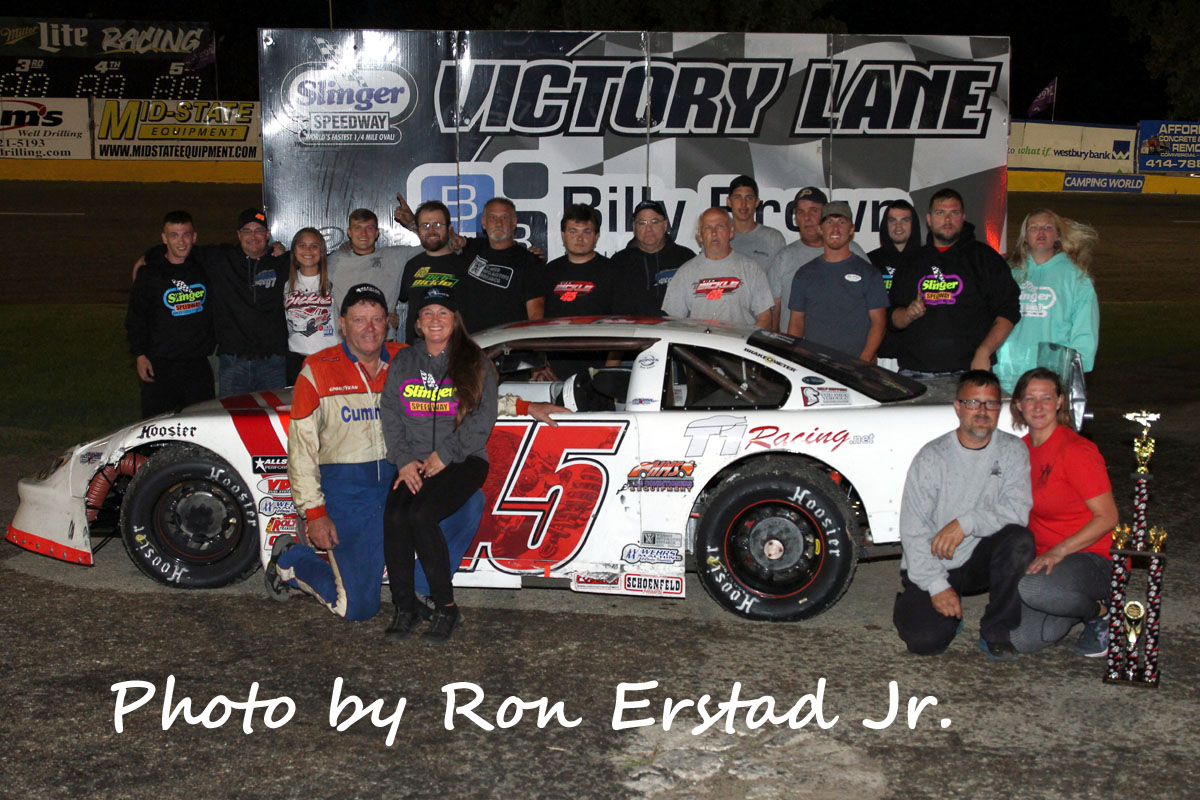 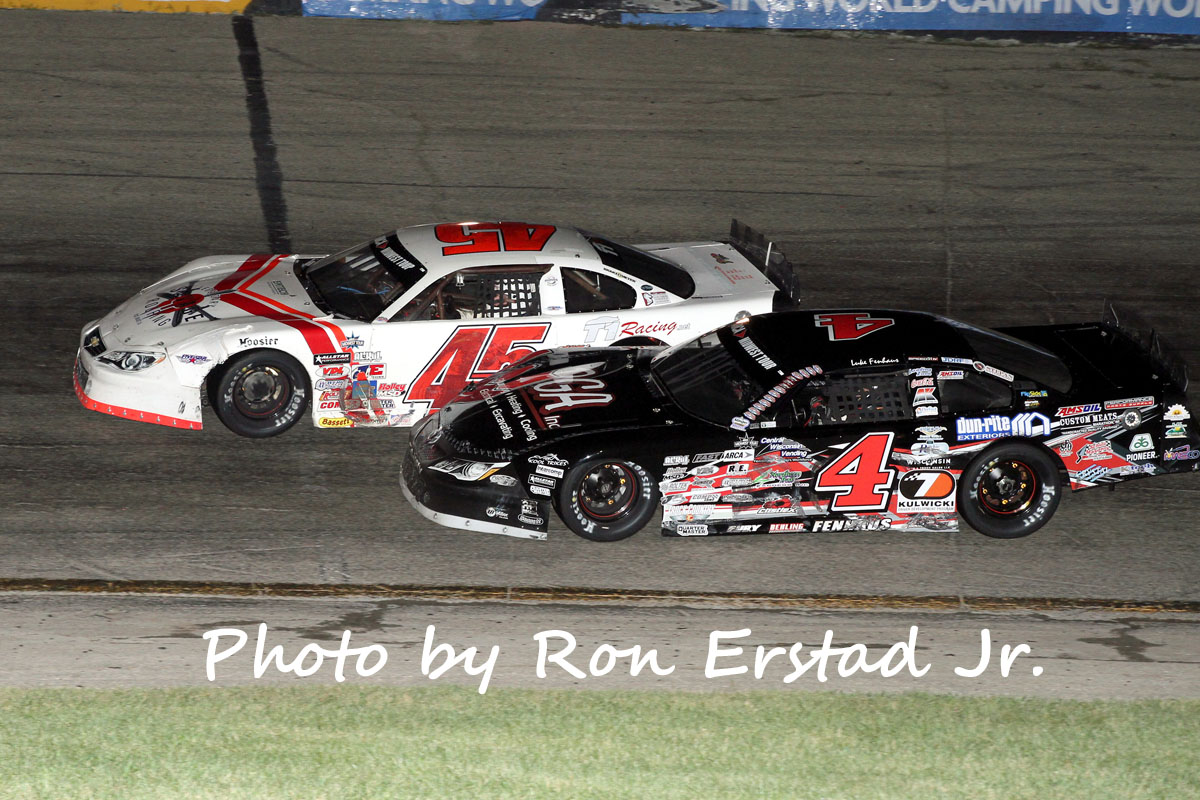 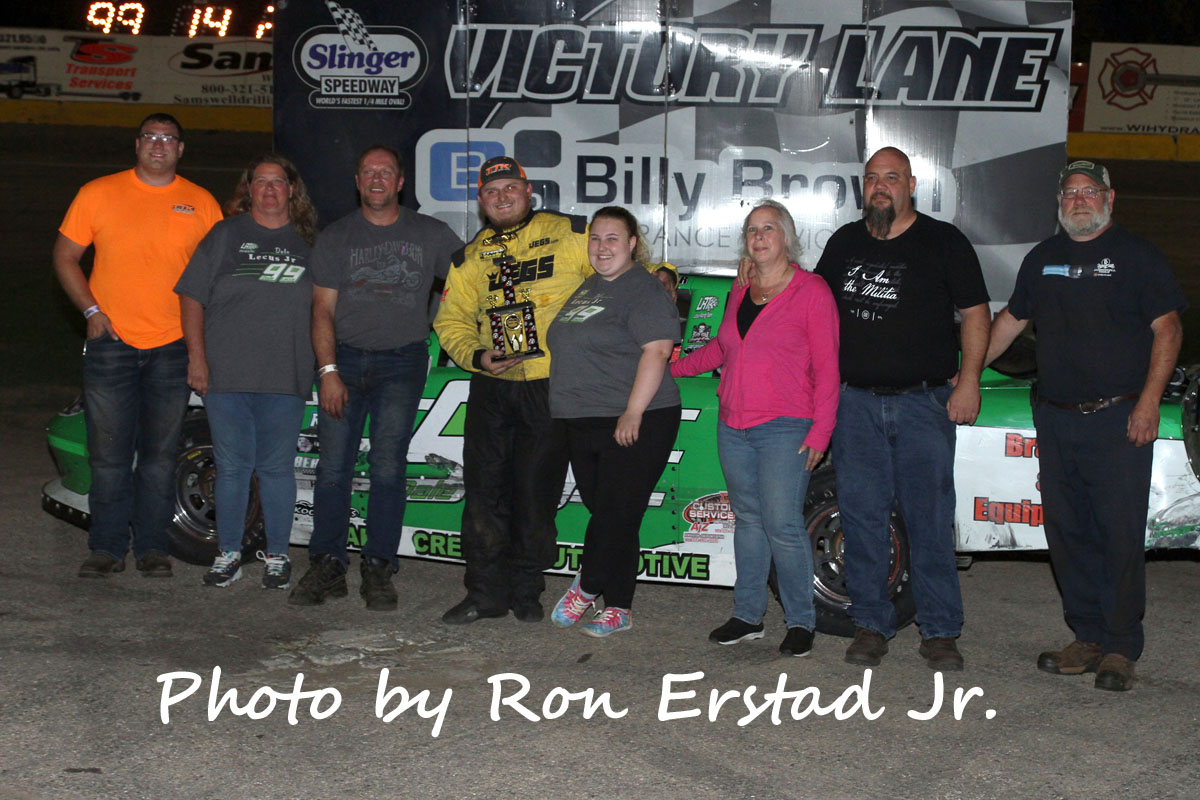 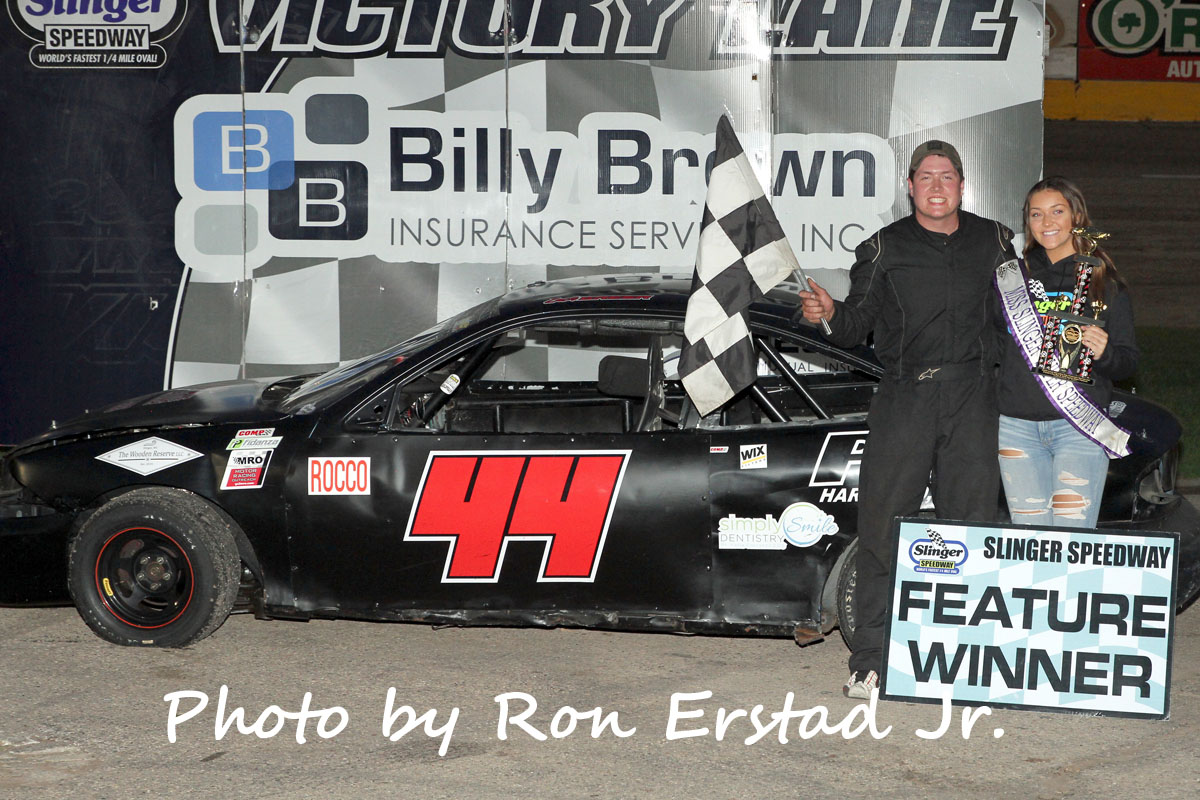 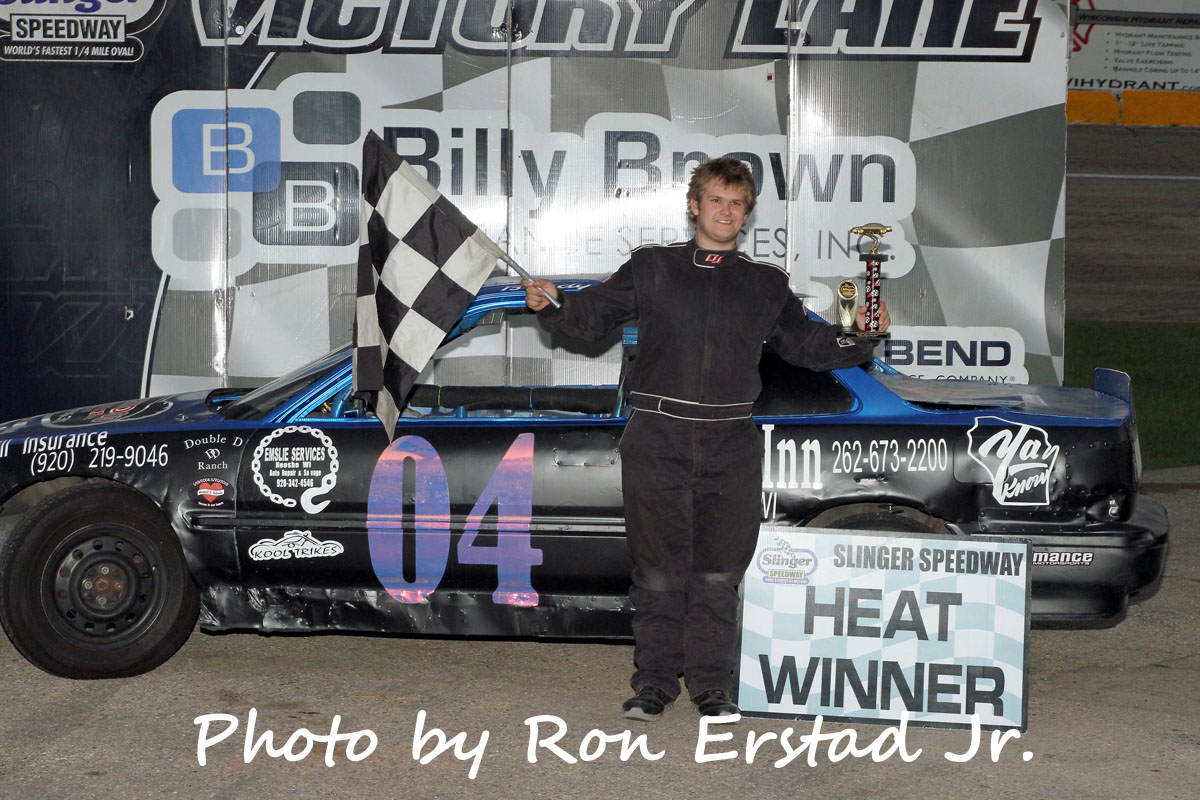 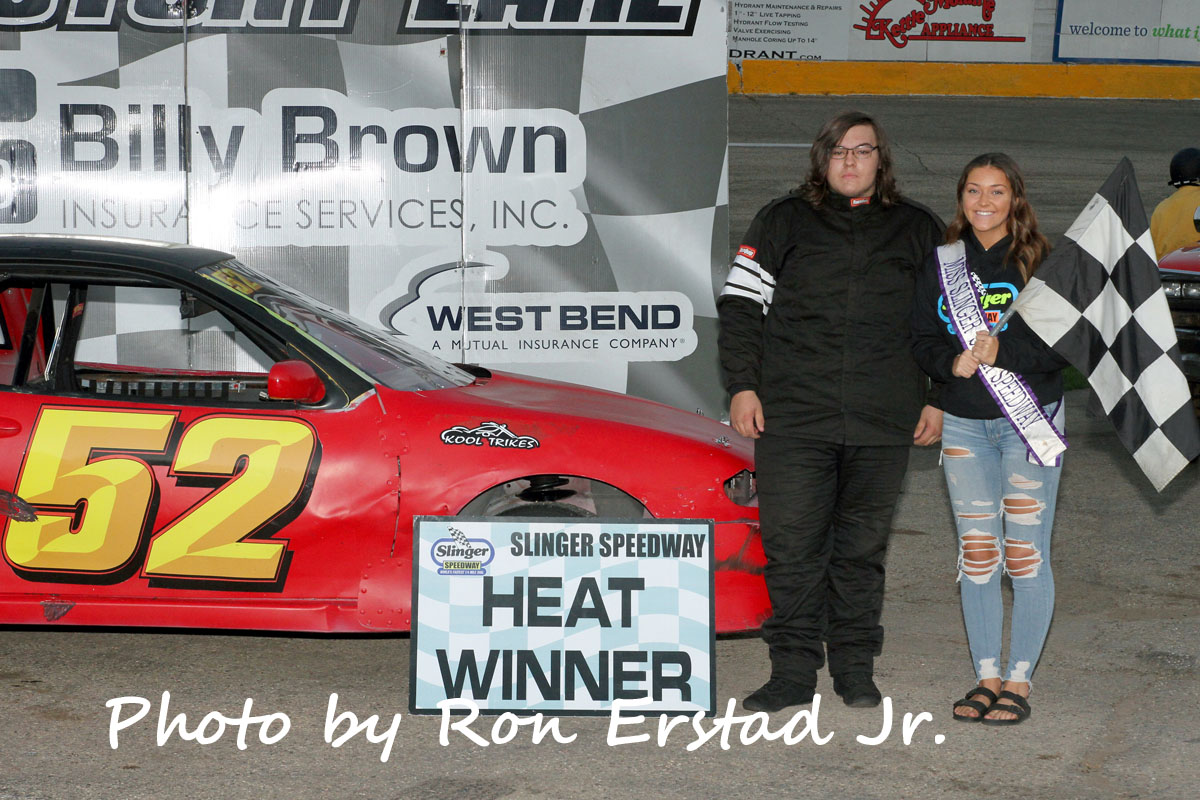 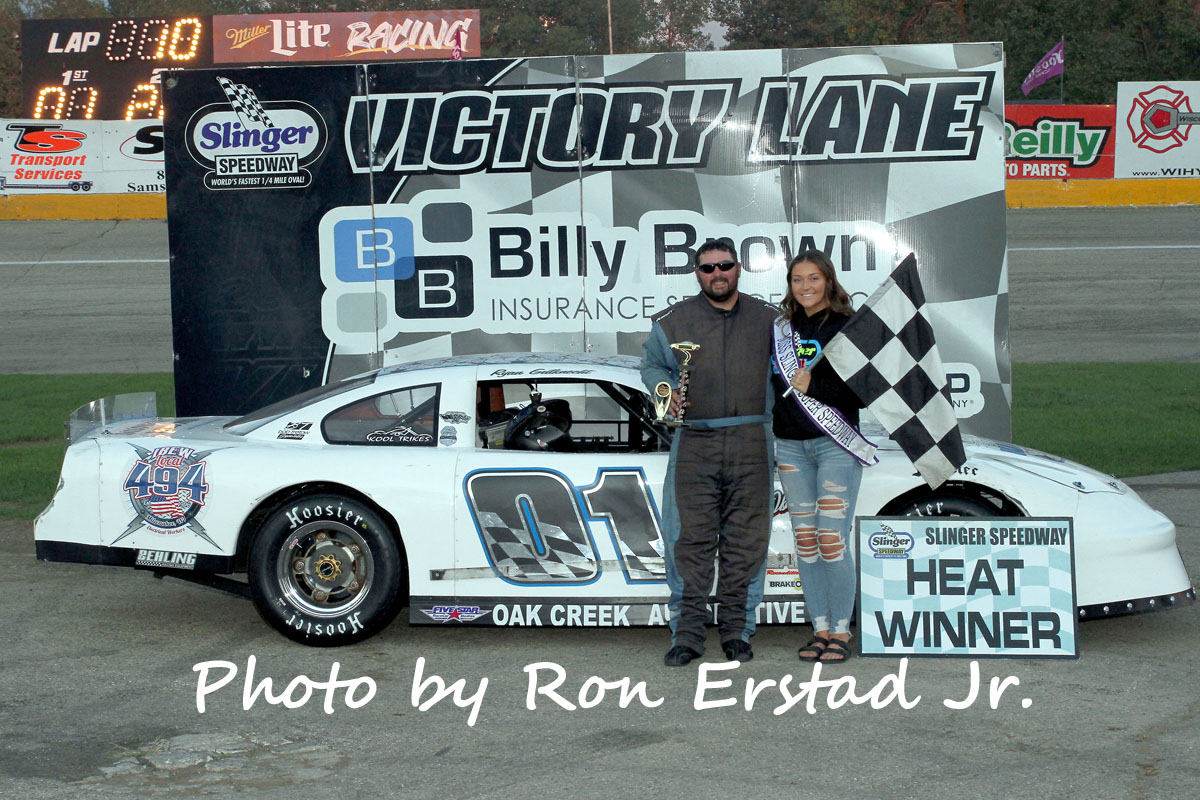 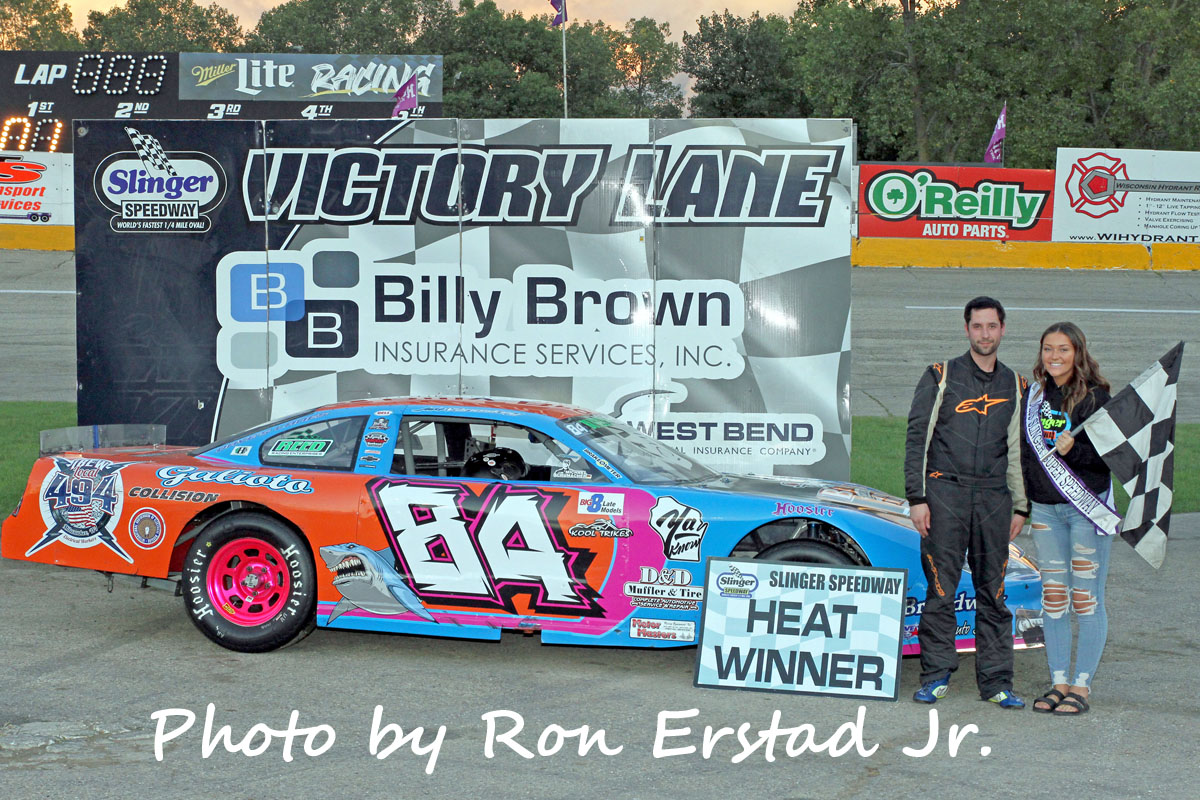 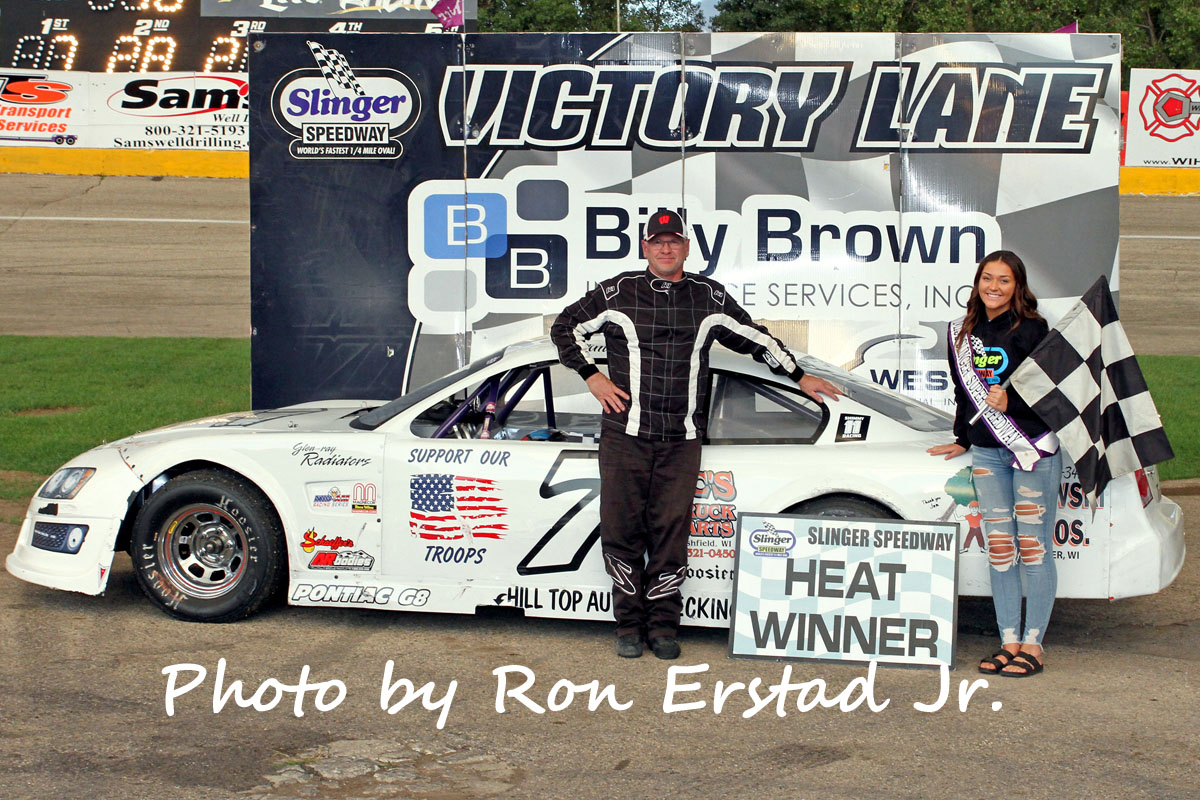 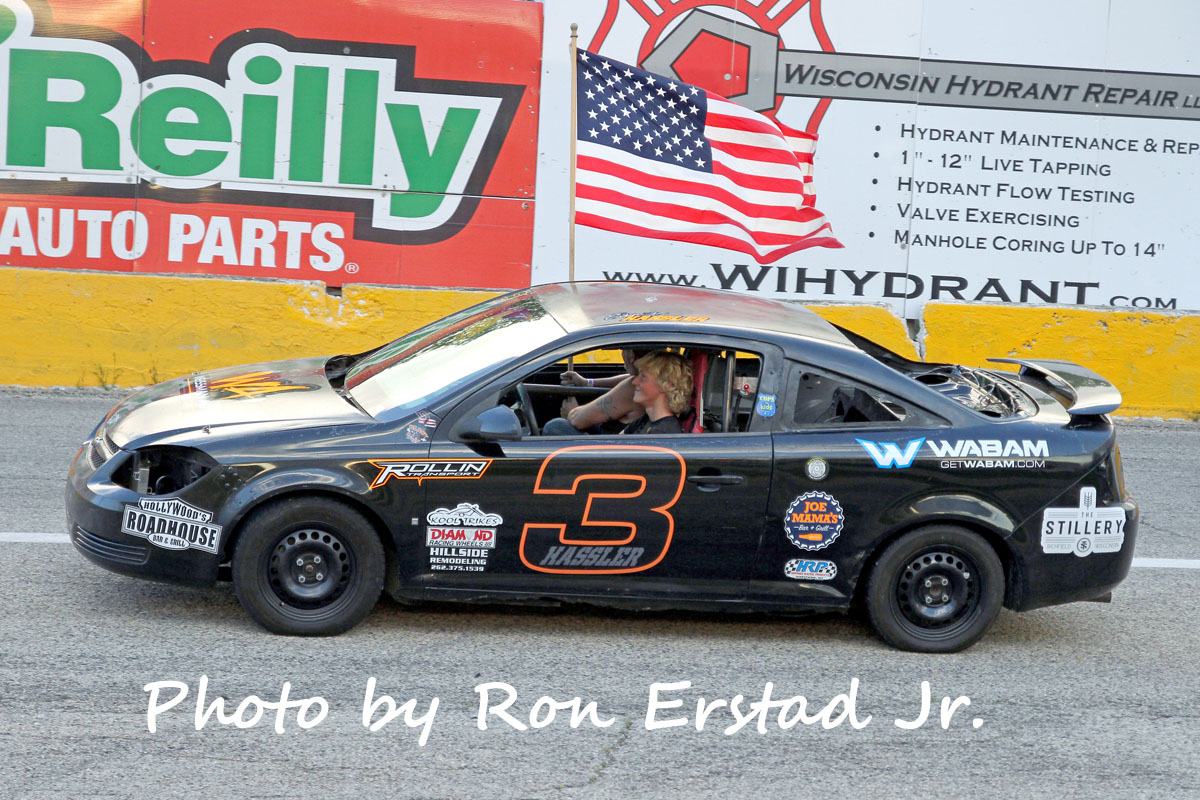 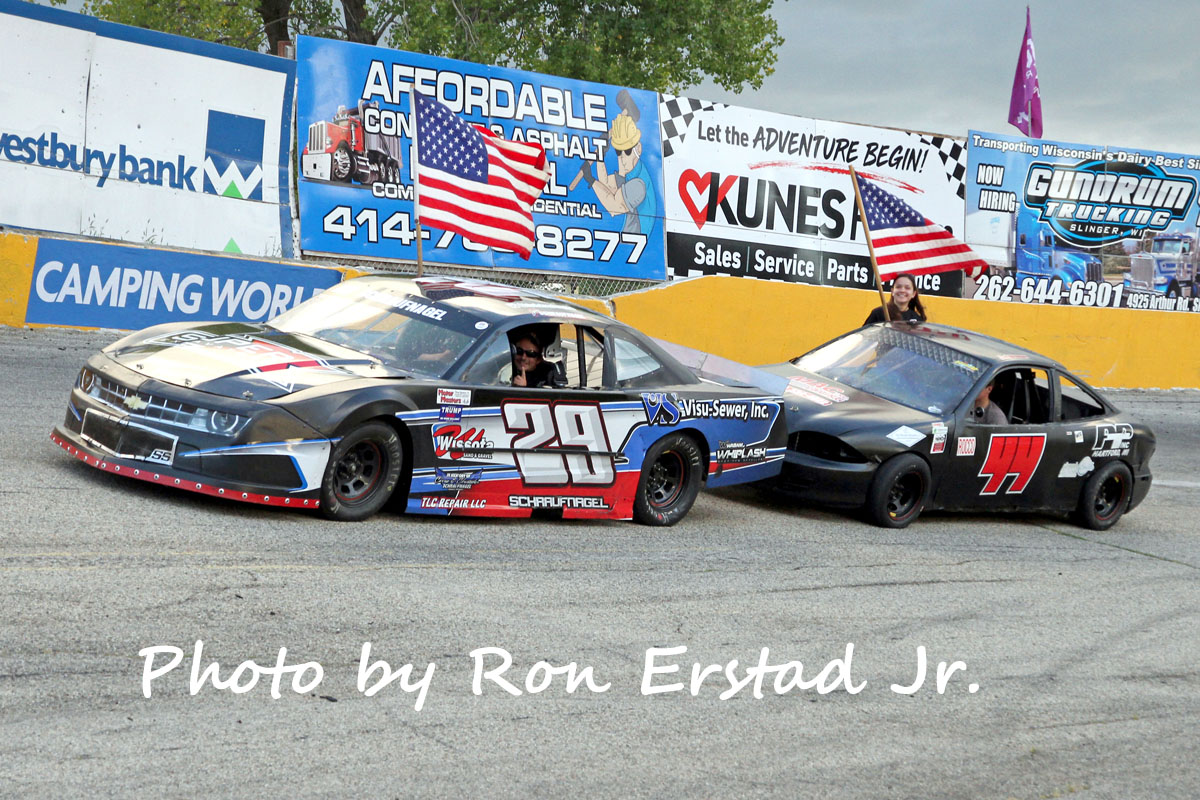 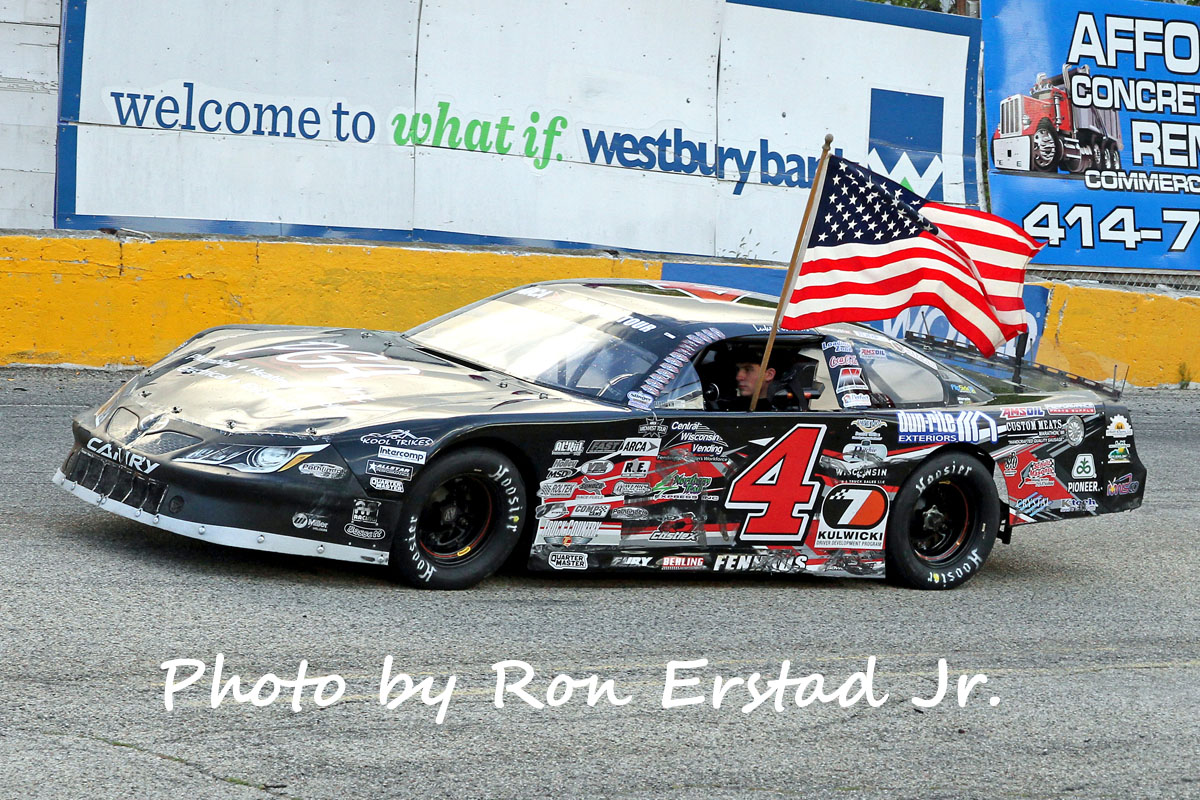 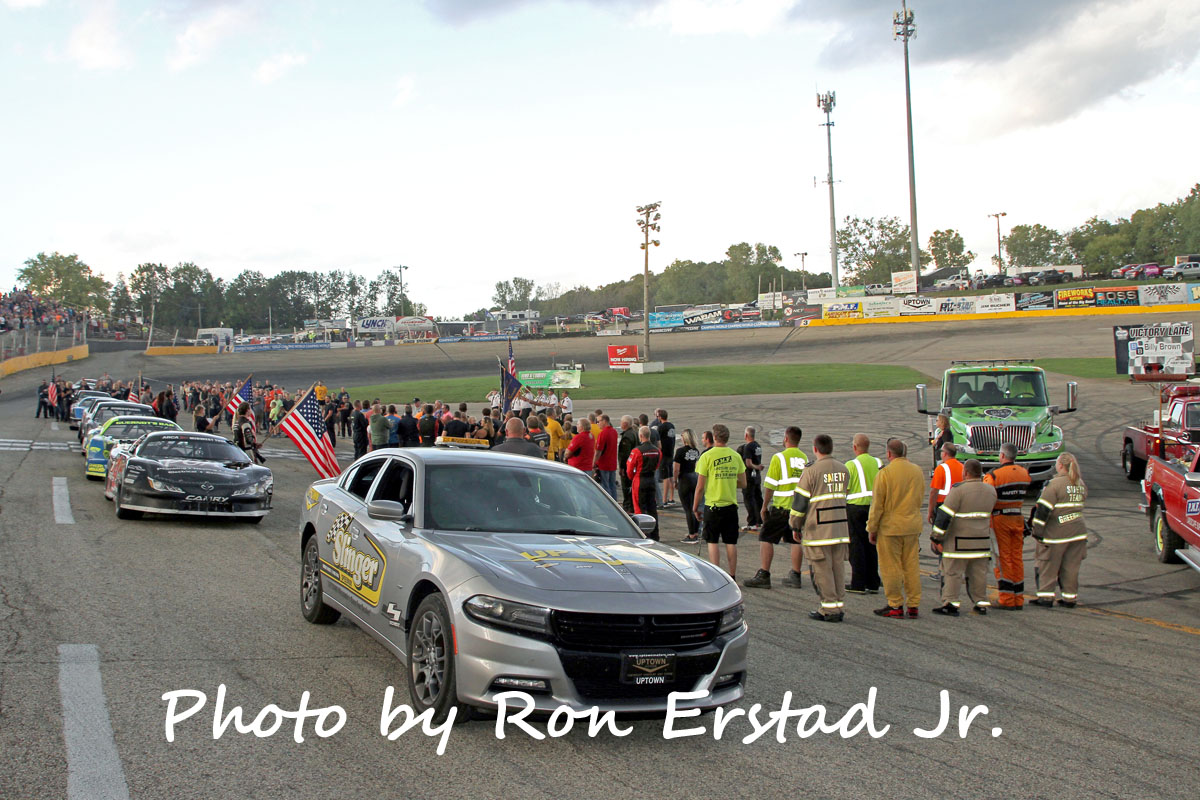