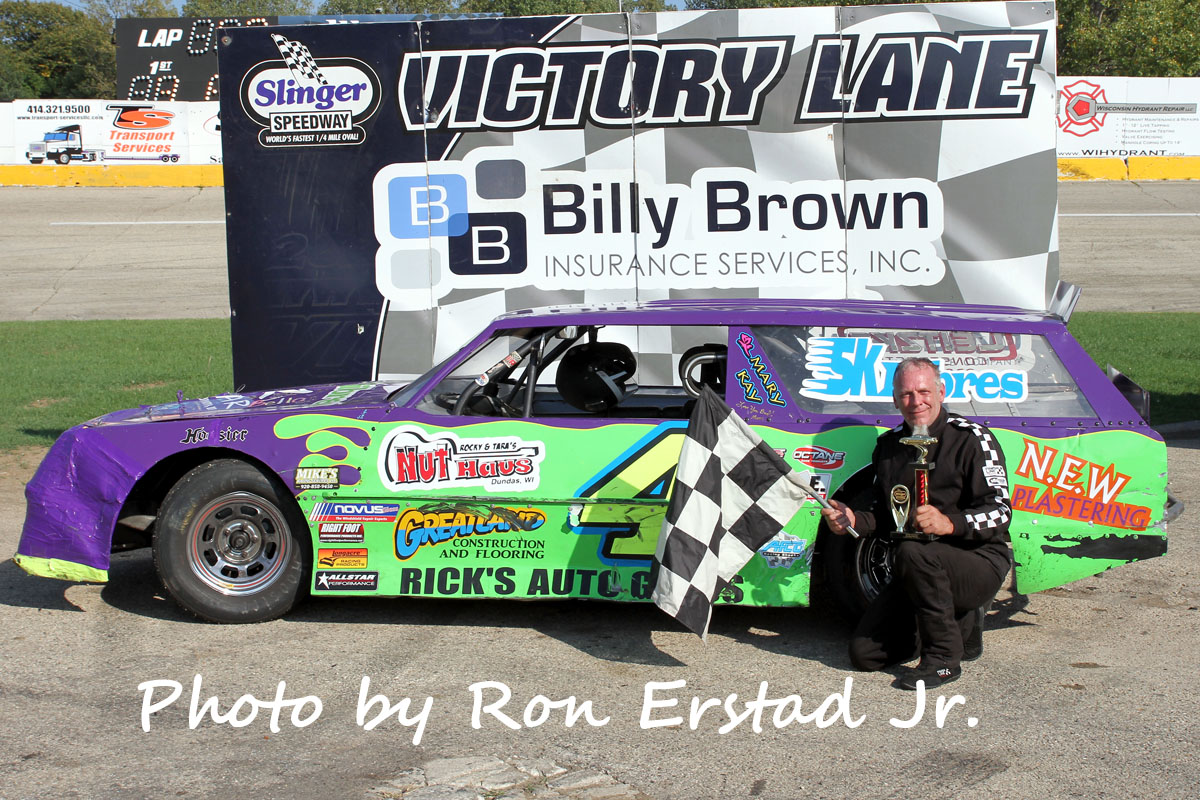 By Dan Margetta
Slinger, Wis., Sept 19—The Slinger Speedway wrapped up the 2021 racing season with the inaugural Wisconsin Invitational Bracket races and the rescheduled Small Car Enduro Sunday afternoon which ended in thrilling fashion with three drivers contesting the victory after 200 laps of competition.

Owatonna Minnesota’s Troy Tuma only led two laps of the 200-lap Small Car Enduro but they were the most important ones as he paced the final two circuits to capture the victory. Davey Pennel dominated most of the event, at times building up nearly a lap lead on the field, before his car began to slow in the with less than ten laps to go. Pennel’s misfortunes allowed Brandon Tackes and Tuma to close in rapidly as first Tackes swept around Pennel for the lead with four laps to go and then Tuma applied enough pressure to snare the top spot from Tackes two laps later. Brandon Tackes finished second while Pennel was forced to settle for third place at the checkered flag. Scott Ostricki finished fourth and Josh Finn finished fifth. Kyle Reidner crossed the finish line in the sixth position followed by Kendall Becker and Aaron Bilek in seventh and eighth respectively. Jacob Balk and Mike Hennessy rounded out the top ten finishers.

The afternoon also featured the inaugural Wisconsin Invitational Bracket races with drivers from multiple weekly divisions qualifying into brackets based on the speed of their cars in an effort to allow different types of race cars to compete together. The brackets also had “breakout” speeds set in qualifying and any driver exceeding their “breakout” speed by a significant amount faced disqualification.

Dave Edwards drove his modified to the victory in the 50-lap A Bracket feature over Danny Church Jr. and Carl Benn, also driving modifieds. The sportsman cars of Brian Holtz and Paul Wagner finished fourth and fifth. John Henning finished sixth in his older modified while Dave Teske wheeled his dirt grand national car to a seventh place finish. Ryan Sielaff finished eighth in his sportsman car while Kevin Seidler as ninth in a modified and Denny Schott finished tenth in a modified.

Noah Wachowiacz, Bill Schott, Ryan Gutknecht, and Dave Edwards all were winners of the A Bracket heat races and Paul Wagner was the fastest qualifier with a lap at 12.702 seconds.

Davey Pennel drove to victory in the 25-lap BB Bracket feature over Aaron Bilak and Alan Maher Jr. Scott Schlafke finished fourth and Rick Buss was fifth. Kendall Becker was the sixth place finisher ahead of Josh Finn and Adam Hayden in seventh and eighth. Kyle Reidner took the checkered flag in ninth and Dean Pennel finished tenth.
Aaron Bilak, Davey Pennel, Tom Elsinger Jr., and Phil Malouf were the winners of the B Bracket heat races and Al Strobel was the fastest qualifier after circling the speedway in 13.704 seconds. 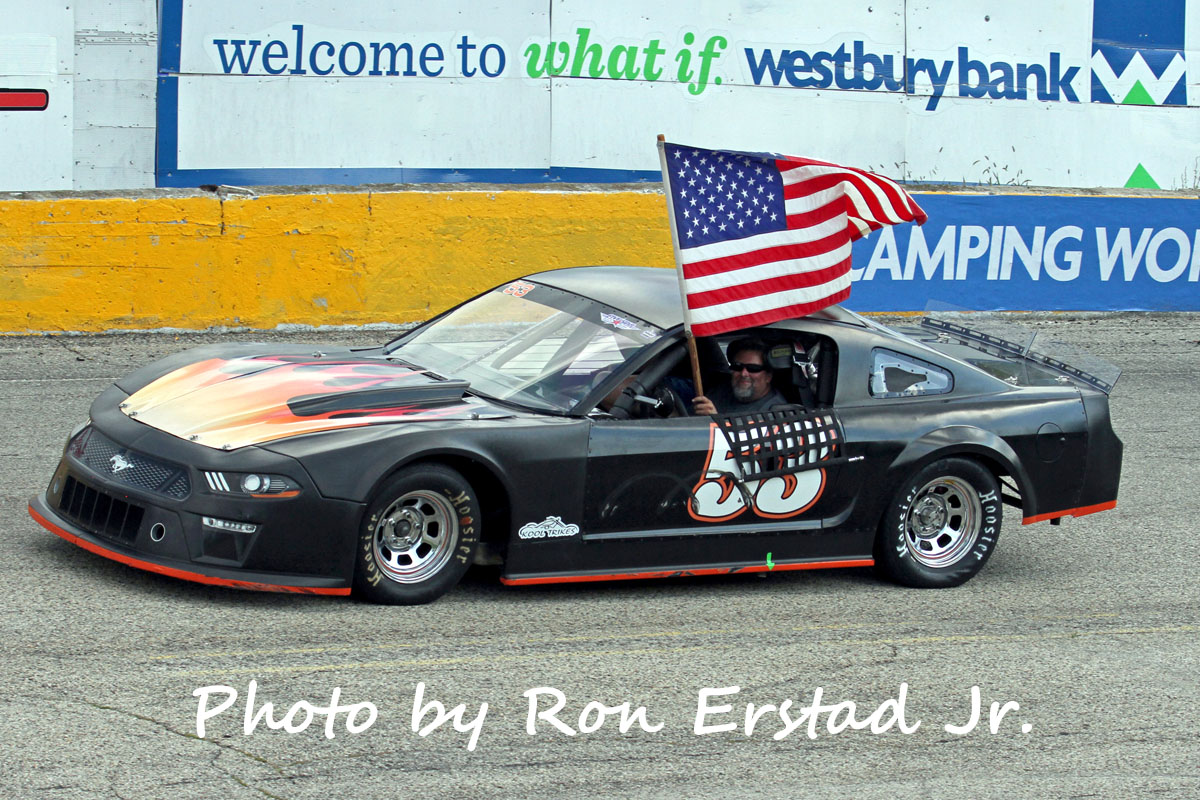 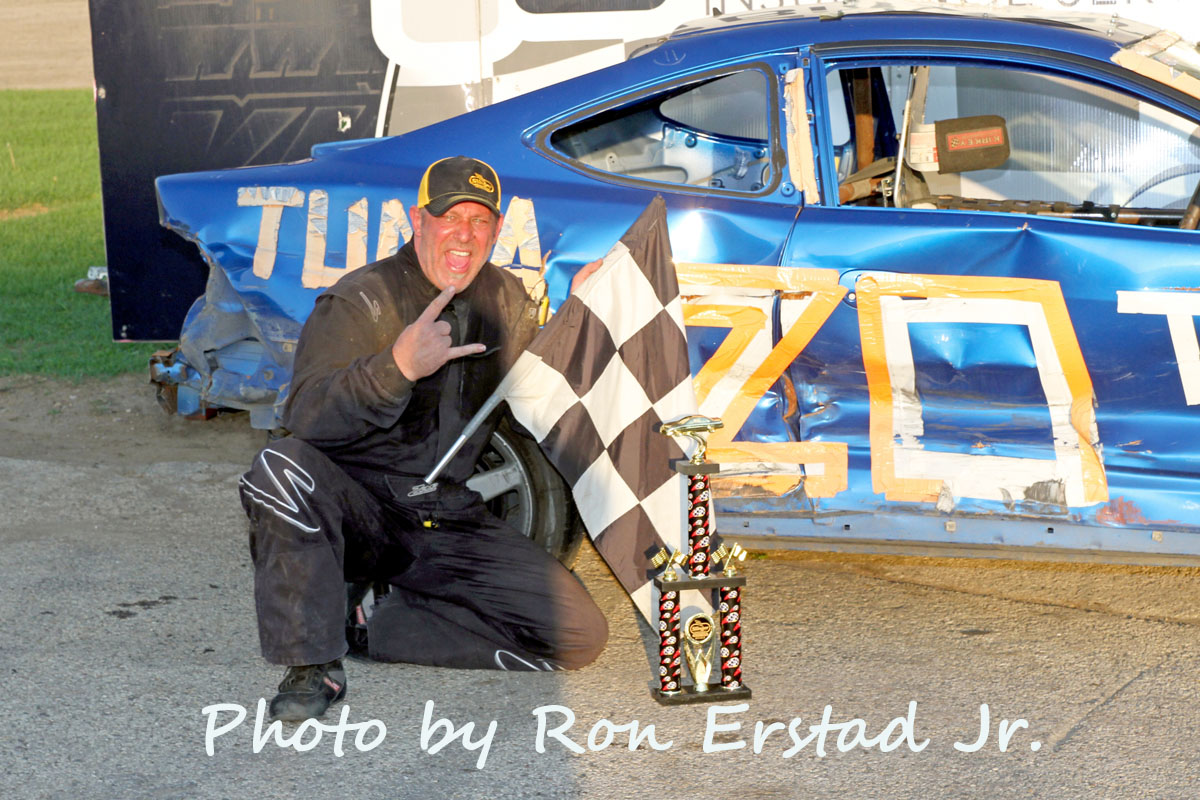 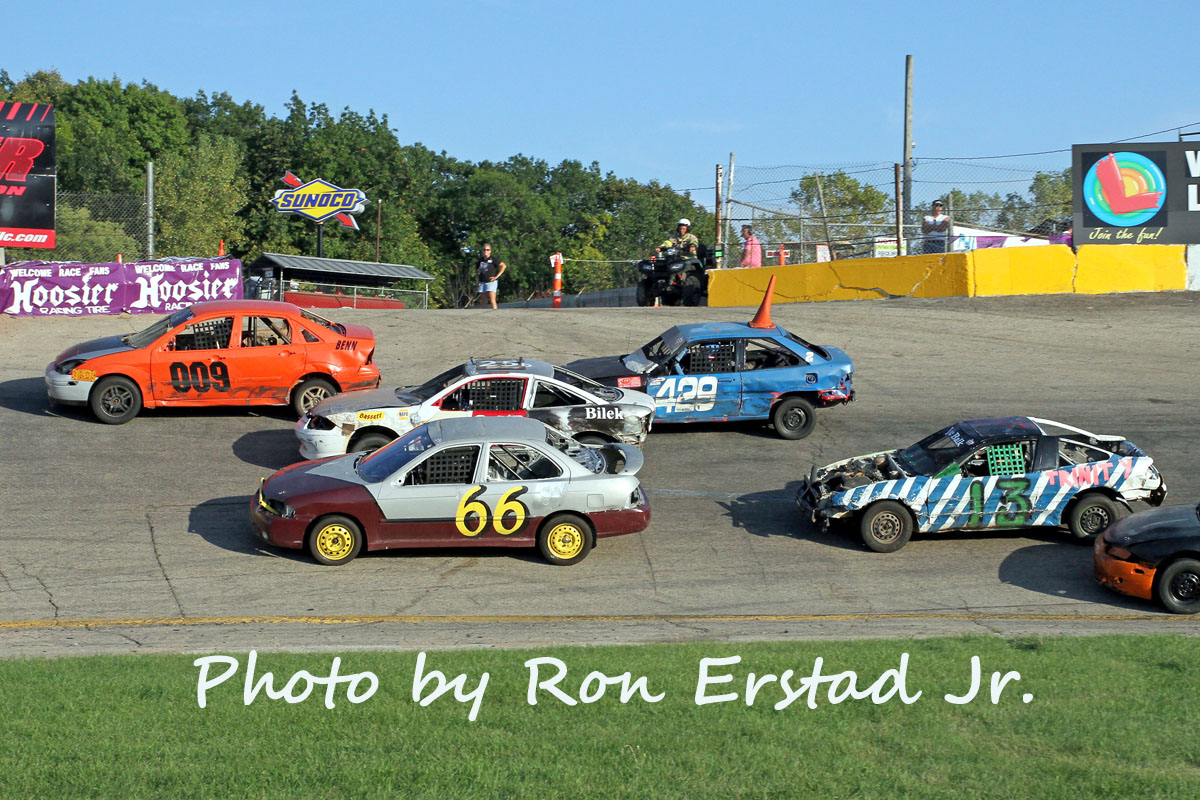 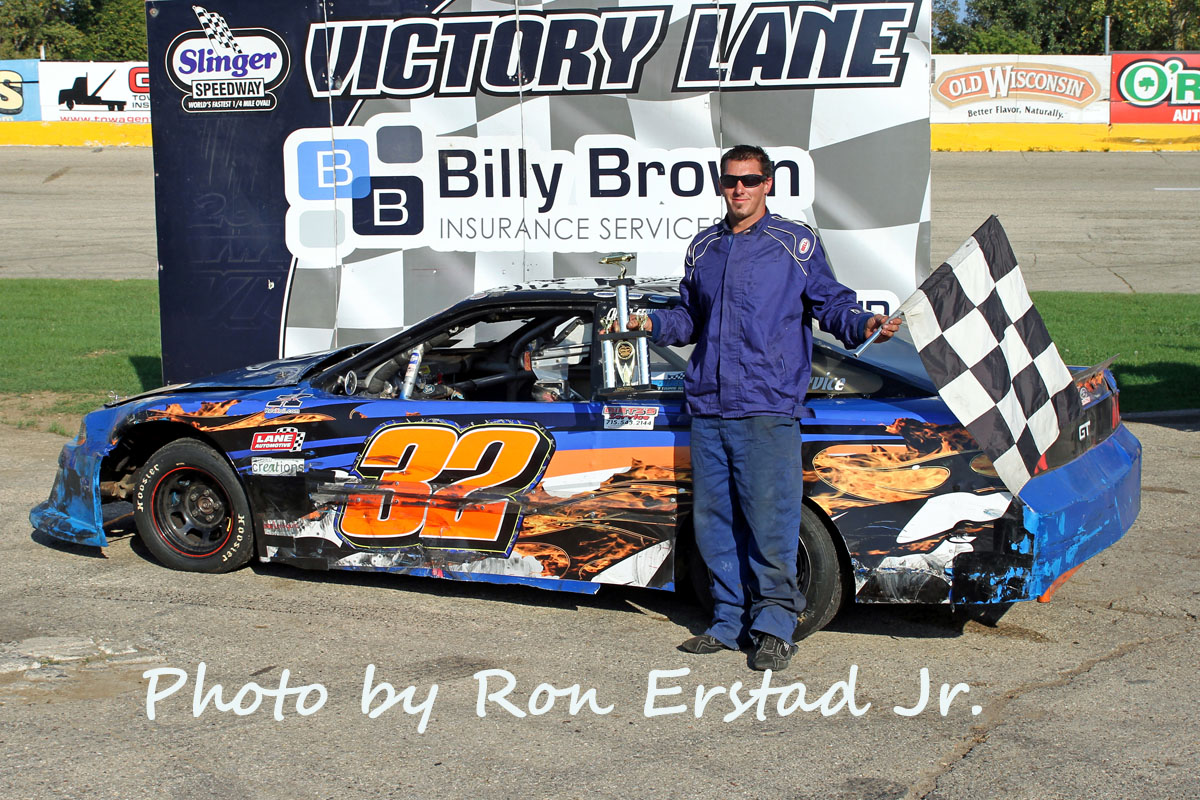 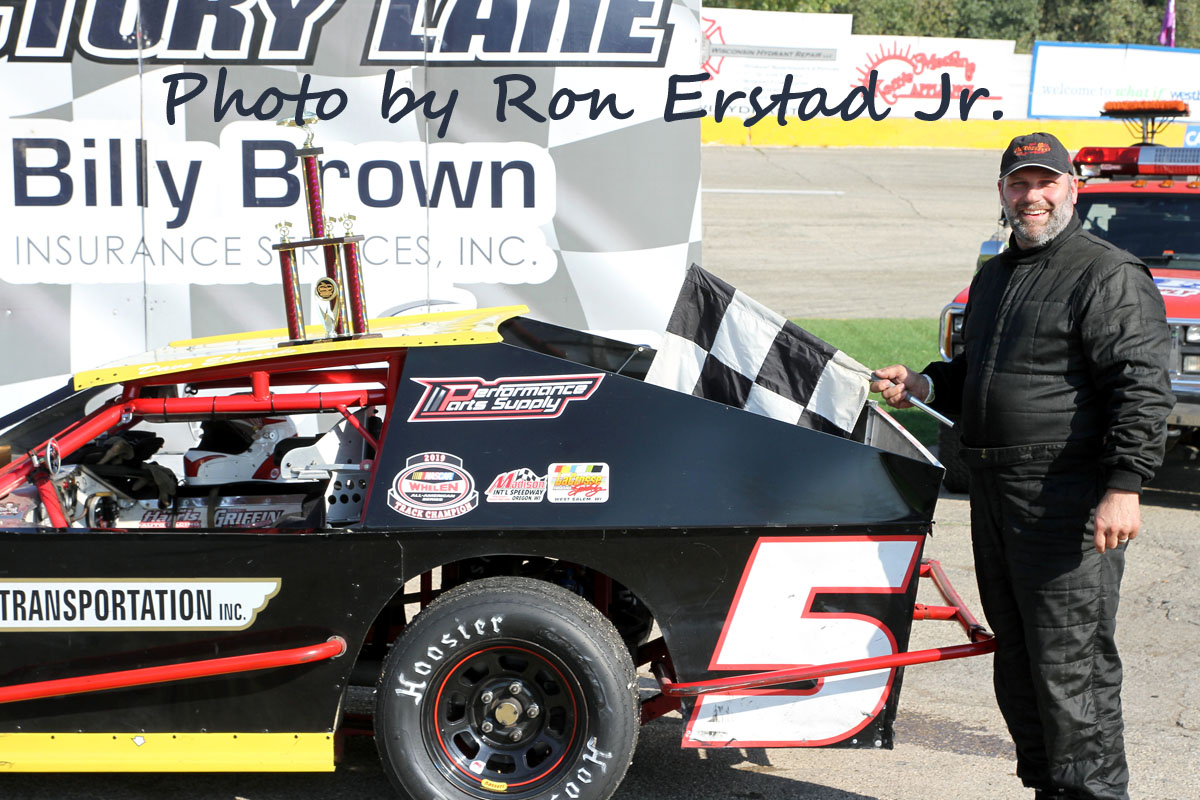 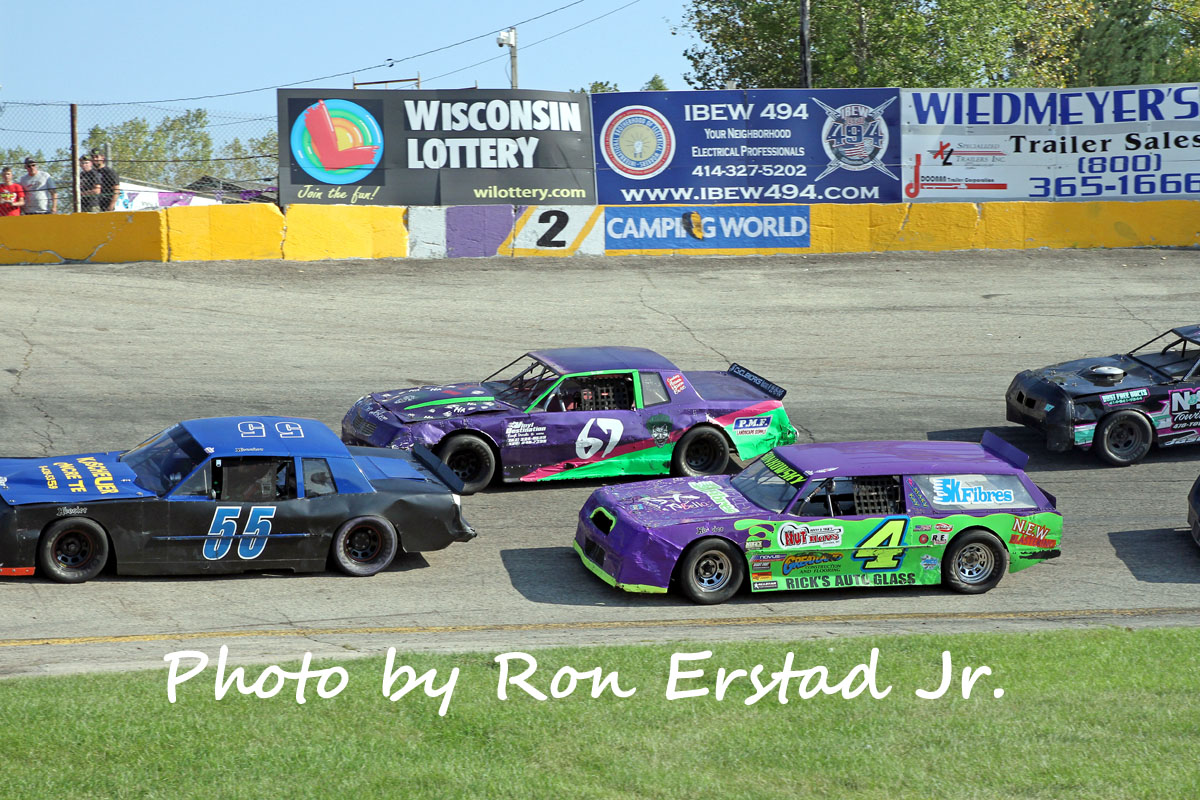 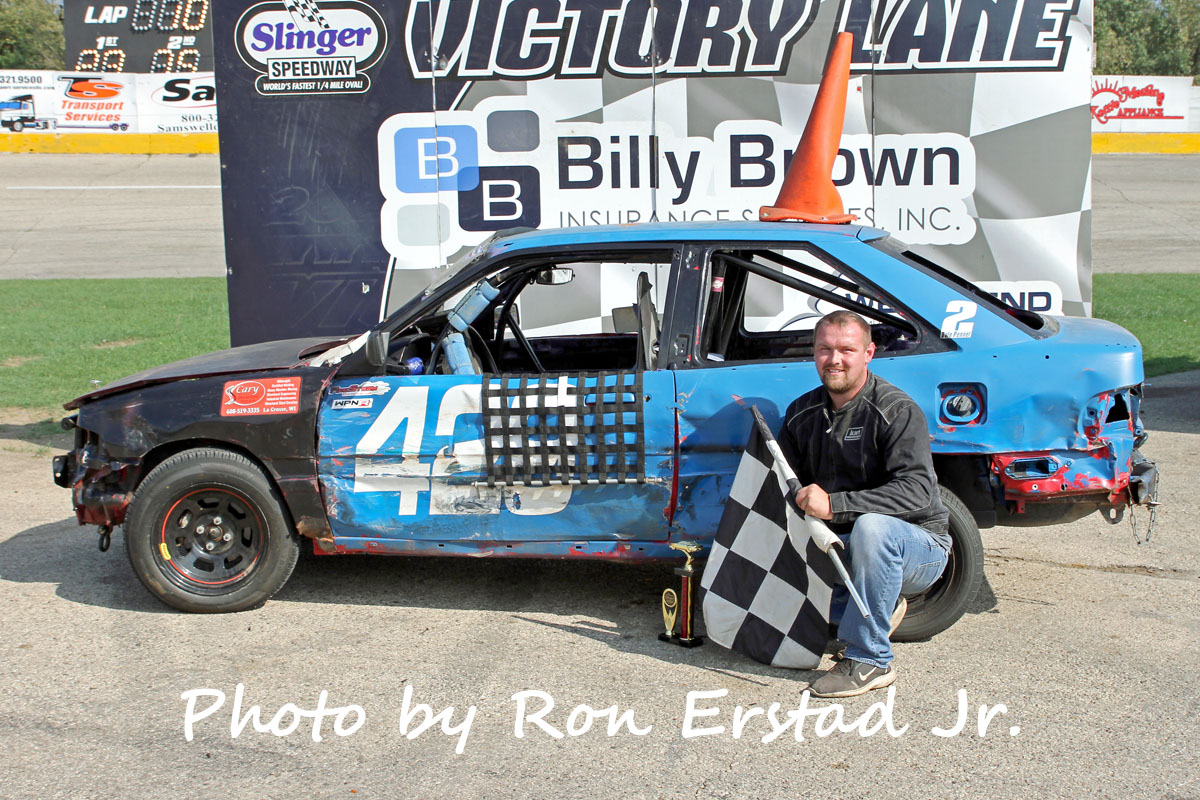 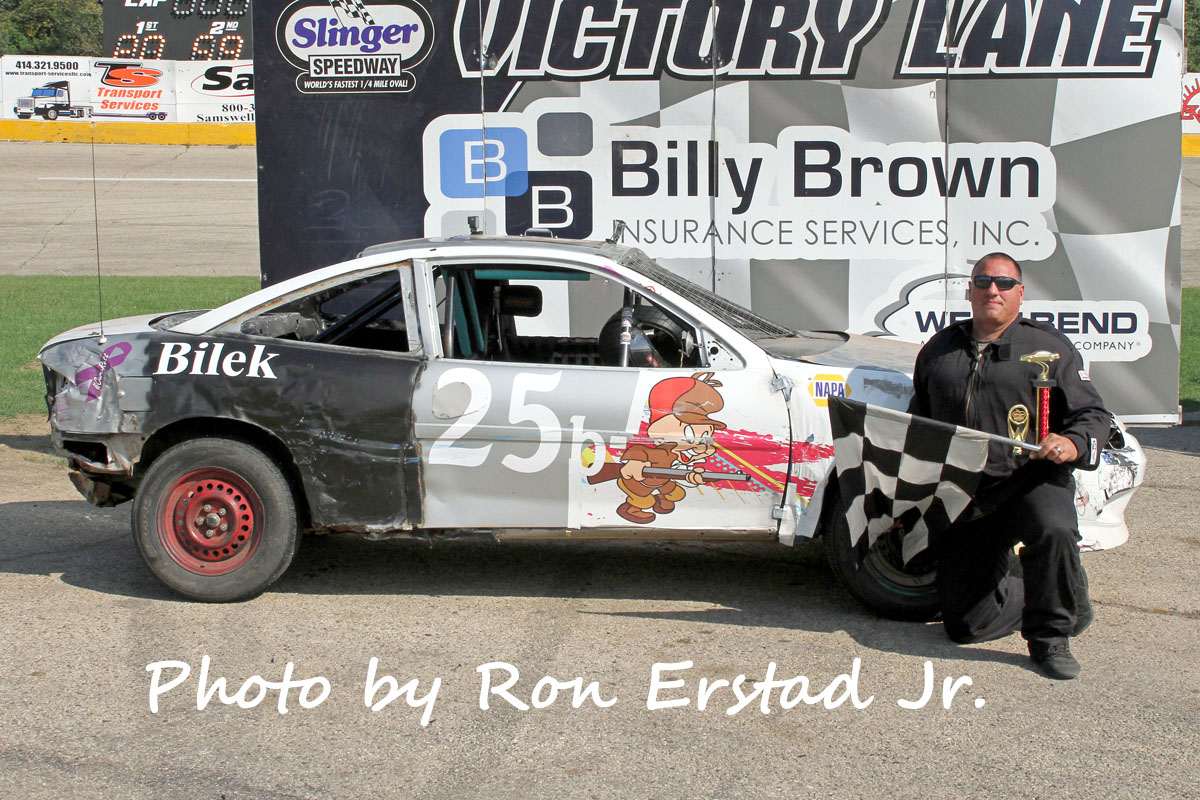 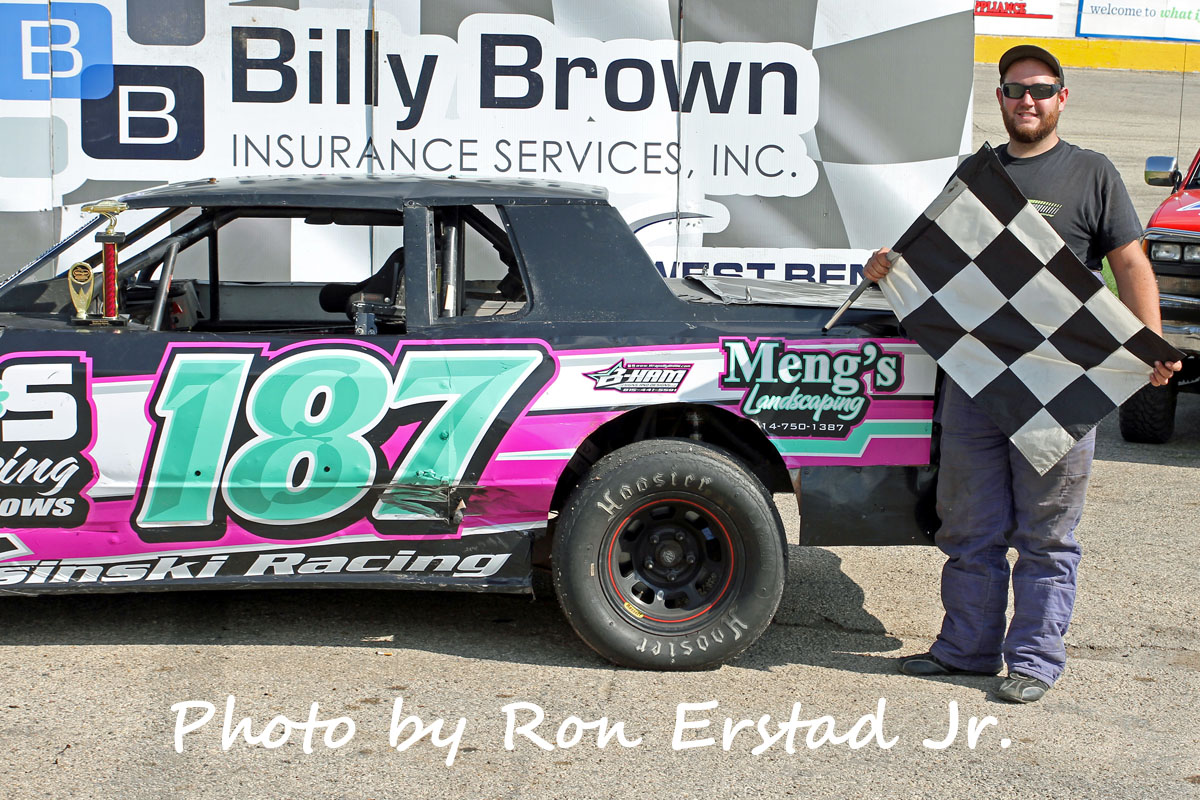 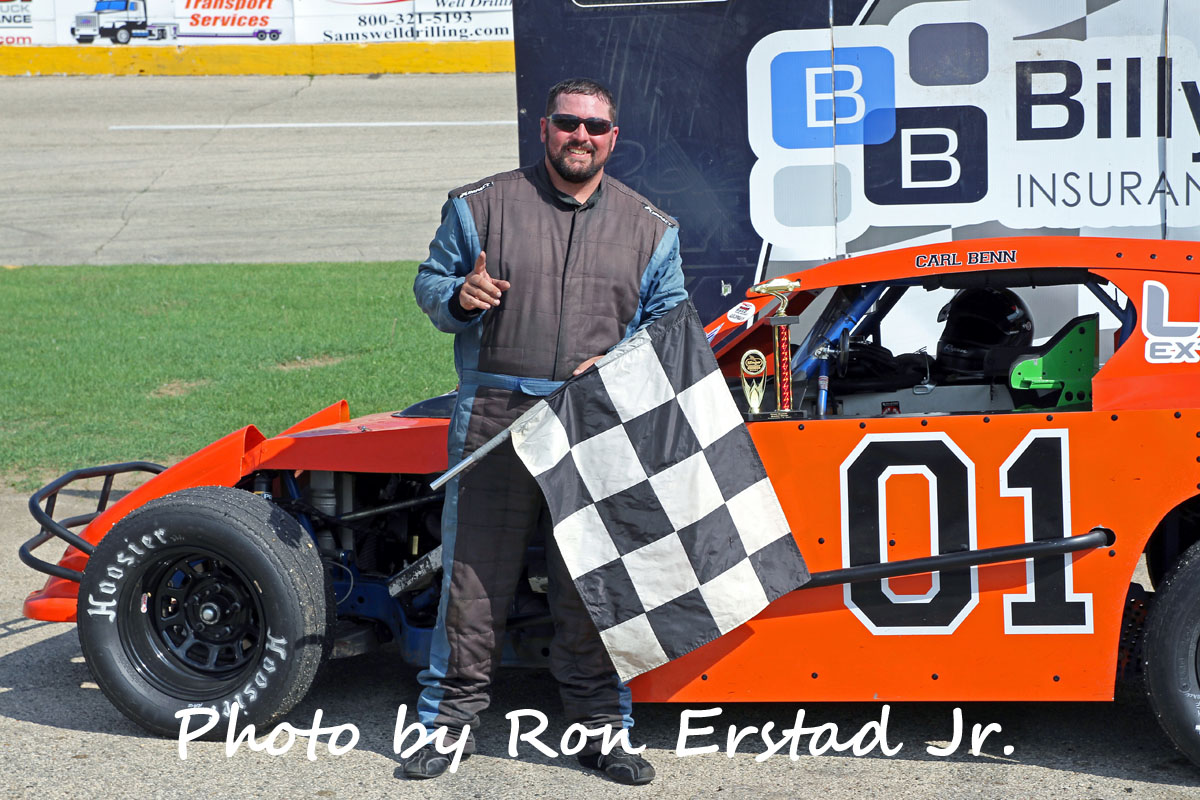 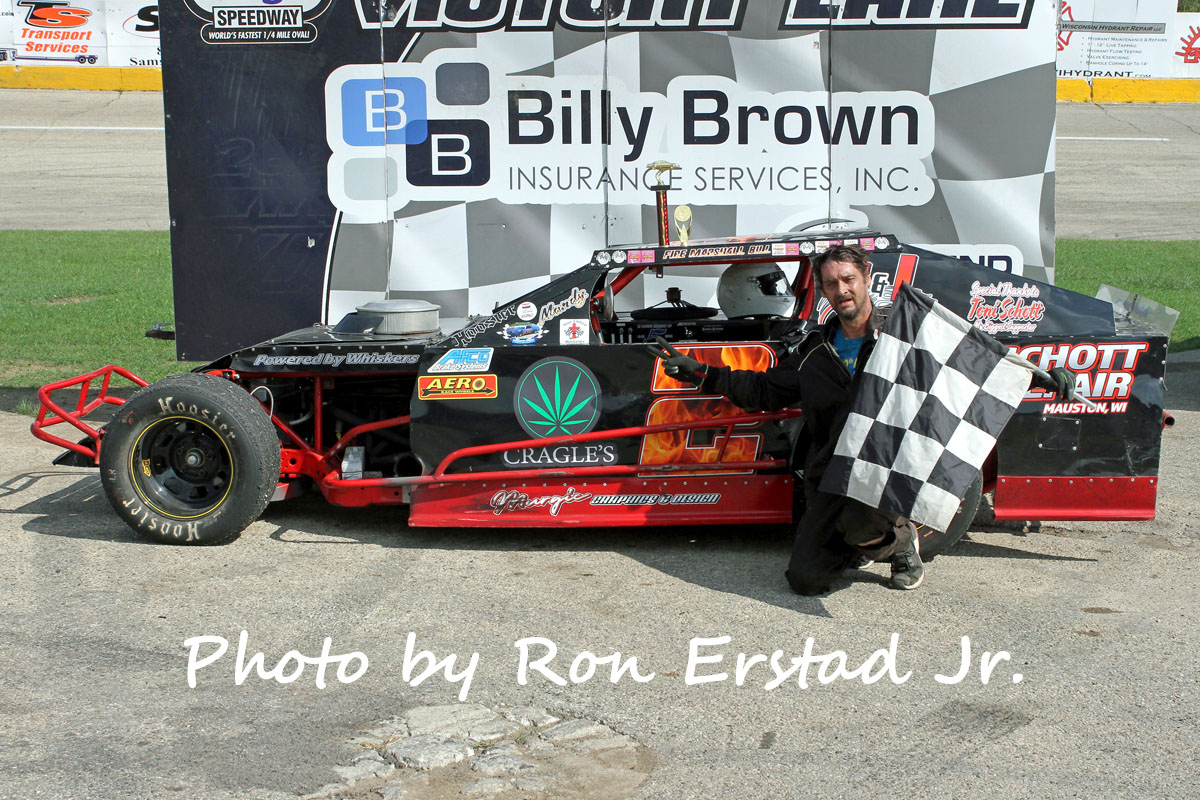 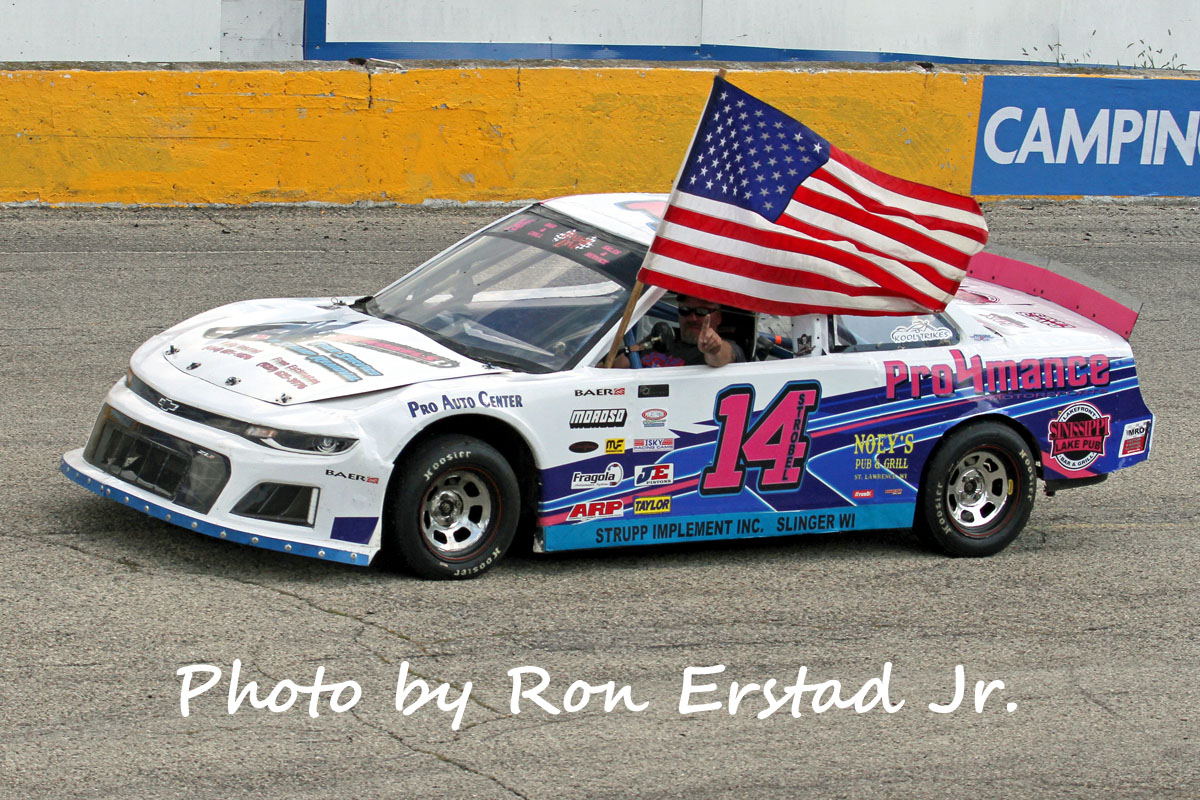