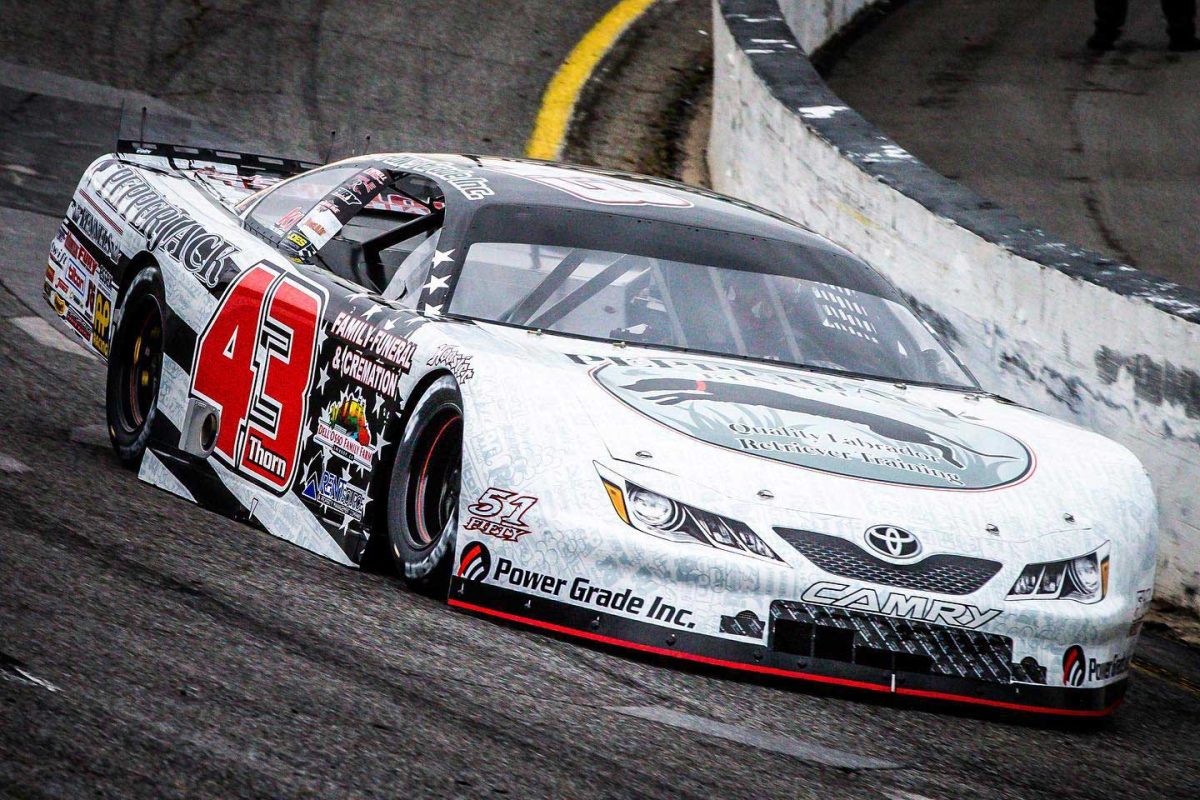 BAKERSFIELD, CALIFORNIA (January 24, 2022) – Bakersfield’s Derek Thorn returns to Wisconsin in 2022 with the addition of the 43rd Slinger Nationals on July 12 to his schedule of marquee Super Late Model races across the country. Thorn will be making just his fourth career start in the Badger state and first since 2008 when he raced in the former ASA Late Model Challenge.

Thorn, will drive an Apel Racing Inc. prepared #43 PepperJack Kennels/Tool Shack Toyota Camry with his normal Campbell Motorsport team and crew chief Mike Keen at the helm. The high-banked quarter-mile has seen the biggest names in the sport take the checkered flag such as NASCAR Cup Series champions Matt Kenseth and Kyle Busch, and the legendary Rich Bickle. Thorn looks to add his name to the prestigious list of champions of the Slinger Nationals.

“All of us at Apel Racing are extremely excited to work with one of the best in the business. We look forward to building a great relationship with Derek, Campbell Motorsports, and PepperJack Kennels!” owner Steve Apel stated.

“We had the Slinger Nationals on our radar for 2022 from the beginning planning discussions of the season. The team just needed the right situation and funding to get put in place to make it work,” said PepperJack Kennels owner Misty Melo. “My husband and I are very excited to be racing in our backyard and can’t thank Steve Apel of ARI and all of Derek’s partners for helping make this happen,” Melo added.

Race broadcast information for the Slinger Nationals is to be announced. The event joins a busy season for Derek Thorn that opens on February 5th at the $25,000-to-win All-Star Showdown at California’s Irwindale Speedway. Thorn will race at Pensacola, Florida’s Five Flags Speedway in two events: the double-header Southern Super Series weekend on April 8th-9th and in December’s Snowflake 100 and 55th Snowball Derby. April’s PepperJack Kennels Twin 100s will pay $10,000-to-win each night along with a bonus to win both nights with details to be announced.

A trip to Marne, Michigan for Berlin Raceway’s Battle at Berlin is on tap for August 10th as well. The All-American 400 at Nashville Fairgrounds is scheduled for October 29th. Thorn, Crew Chief Mike Keen, and the entire Campbell Motorsports team is looking forward to an exciting national season of Pro and Super Late Model competition.

Partnership packages are still available to join Campbell Motorsports for businesses of all sizes. To partner with one of the most decorated teams and driver within asphalt short-track racing, please contact Marty Melo at (530) 941-5642.