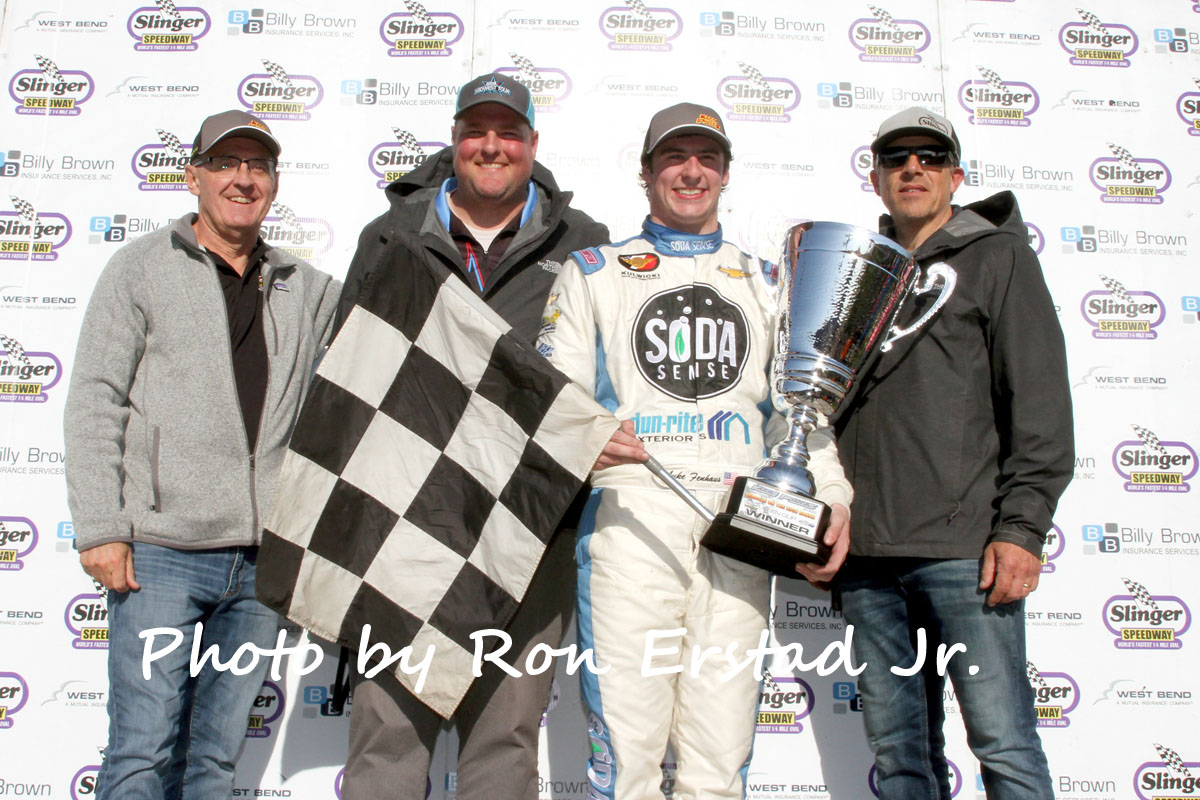 “This one means a lot to me,” Fenhaus told the crowd from victory lane after leading 43 of the event’s 75 laps, “just to out-run those two behind me (Casey Johnson and Ty Majeski) was a huge deal. To beat those guys, who I consider to be the best in Wisconsin, is pretty good.”

“I finally got the monkey off my back,” Fenhaus continued after capturing his first ARCA Midwest Tour Series victory, “I really thought I would get it at State Park Speedway because it’s my home track but that didn’t happen and then I thought it would maybe come at the Dells or somewhere else but today it came at Slinger.”

Casey Johnson kept Fenhaus honest as he worked his way forward from the twelfth starting position to race with the front runners for most of the event before finishing a close second.

“Travis Dassow gave me a hell of a car today and at times it was the fastest thing on the track, “Johnson explained afterwards, “It was just on some of those restarts it took a bit to get going. It just didn’t have the fire-off speed on every other restart but it was fun working our way through the pack.”

Majeski also raced with the leaders for much of the event and twice had to overcome some minor skirmishes before muscling his way around Derek Kraus on the final lap to finish third.

“I made a mistake on the restarts and got into Alex Prunty once and let Luke (Fenhaus) get away.” Majeski told the crowd after the race,” I just didn’t play the race out right on my end. I messed up a couple of restarts and just didn’t have the track position to race for it at the end. We had an OK car that was capable of winning but just wasn’t in the right spot today.”

Justin Okruhlica was the winner of the 35-lap Finish Line Bar & Grill modified feature as he held off defending track champion Tyler Schley for the victory. David Edwards finished third while Bill Tandetzke and Brett Wachowiak were fourth and fifth respectively. Tyler Schley was the fastest qualifier after turning in a lap at 12.238 seconds.
Brian Holtz won the 40-lap sportsman feature as he held off Andrew Meyerhofer and Paul Wagner to capture the victory. Dale Lecus Jr. and Jim Cormack rounded out the top five. Paul Wagner was the fastest qualifier after circling the speedway in 12.706 seconds.

The 30-lap Slinger Bees feature was won by Tom Elsinger Jr. over Misty Benn and Brandon Mennicke. Mitchell Strobel and Brian Hillringhouse finished fourth and fifth. Al Strobel set fast time for the Singer Bees with a lap at 15.297 seconds.

Mike Rose closed out the afternoon with a victory in the 30-lap American Super Cup Series feature. David Cerer finished second while Sean Eurick, Bandon Vines, and Brandyn Wind completed the top five finishers. Brandon Vines was the fastest qualifier with a lap at 15.126 seconds.. 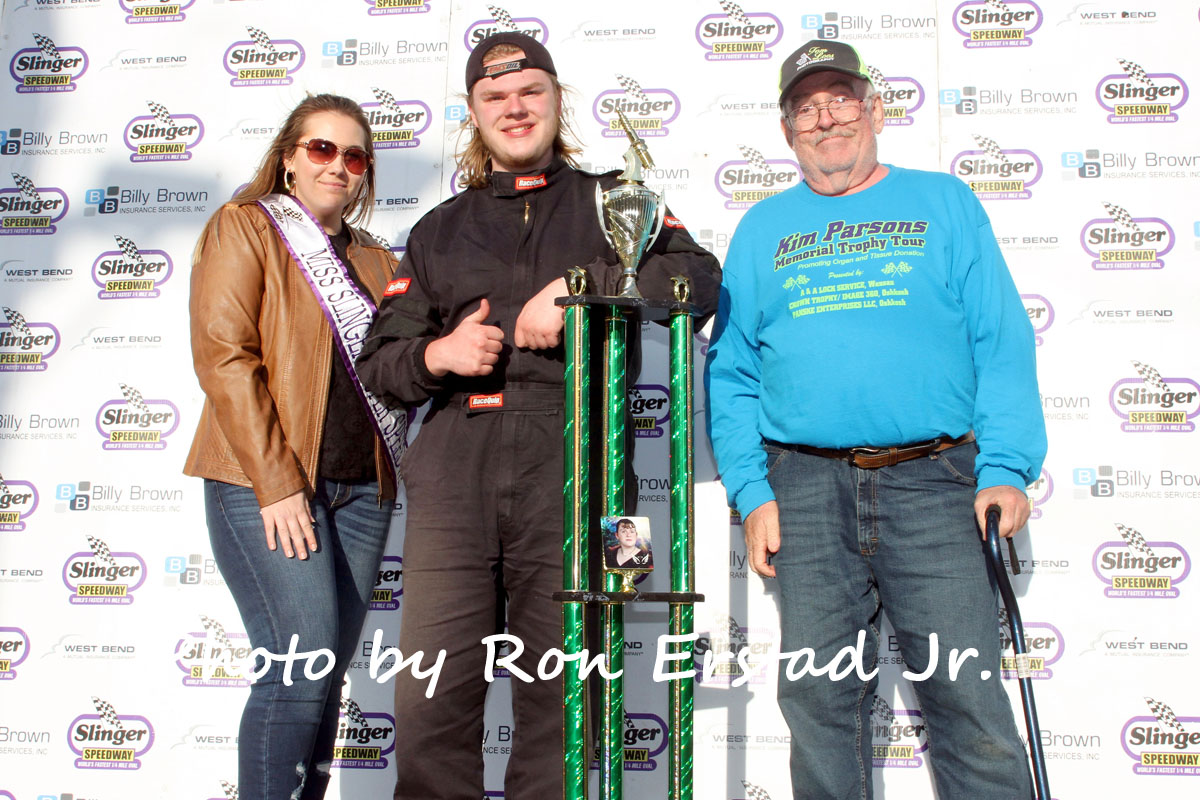 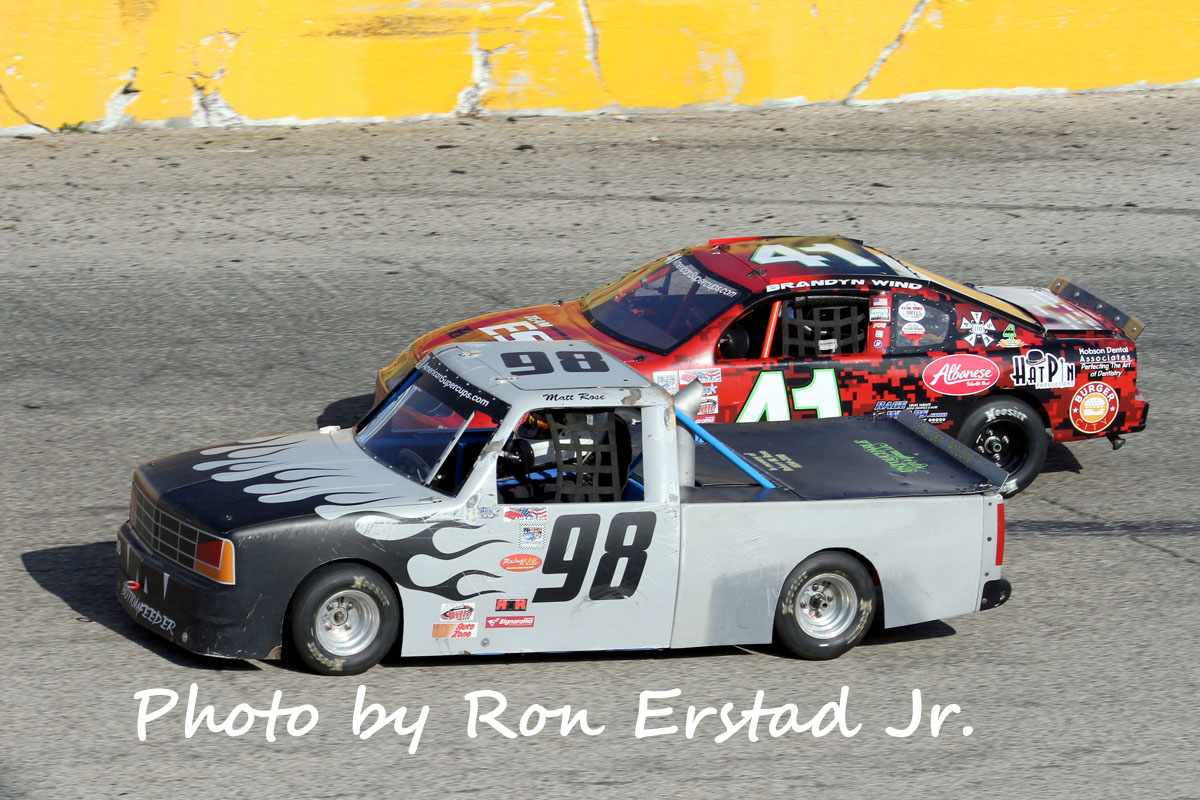 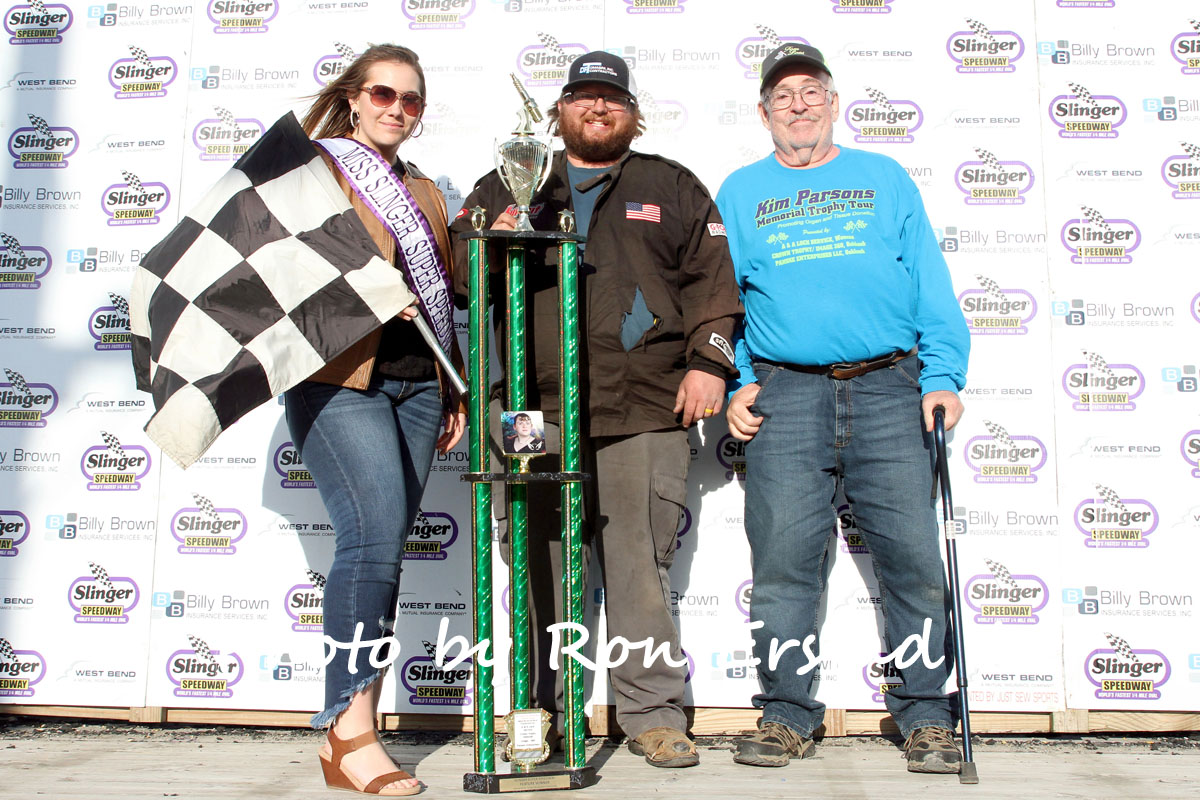 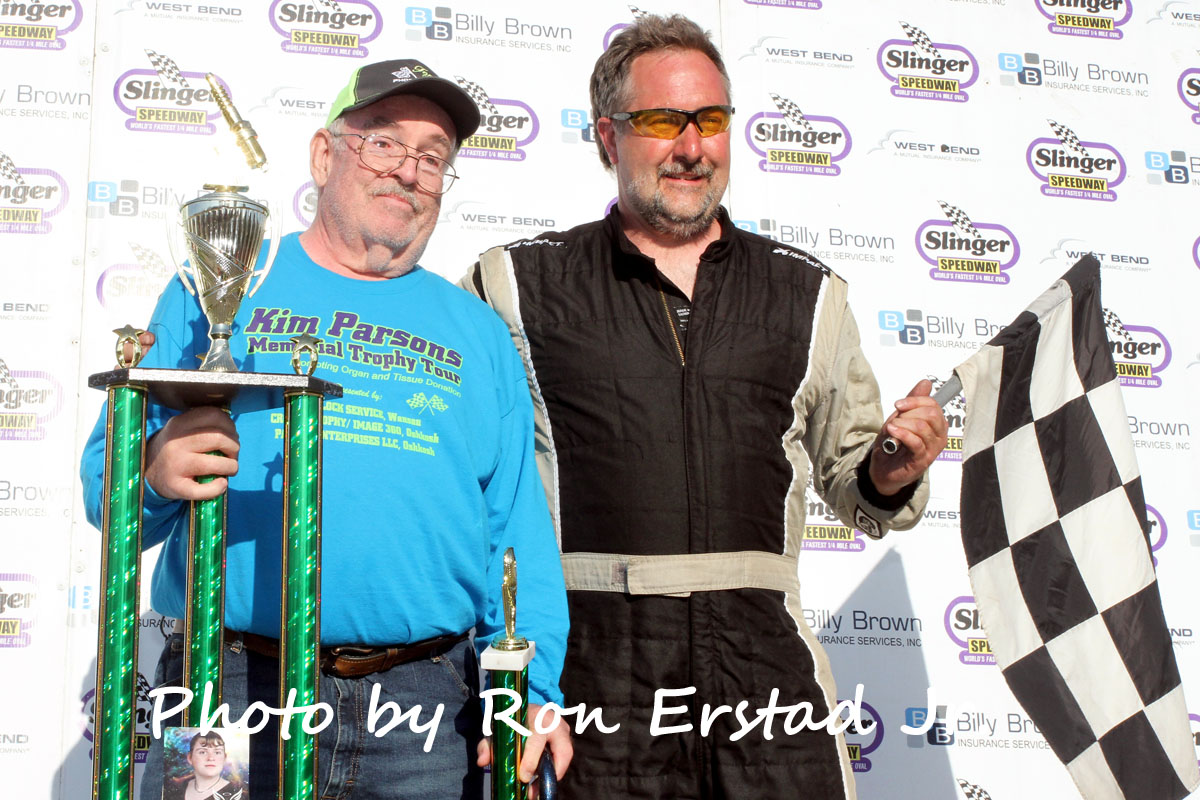 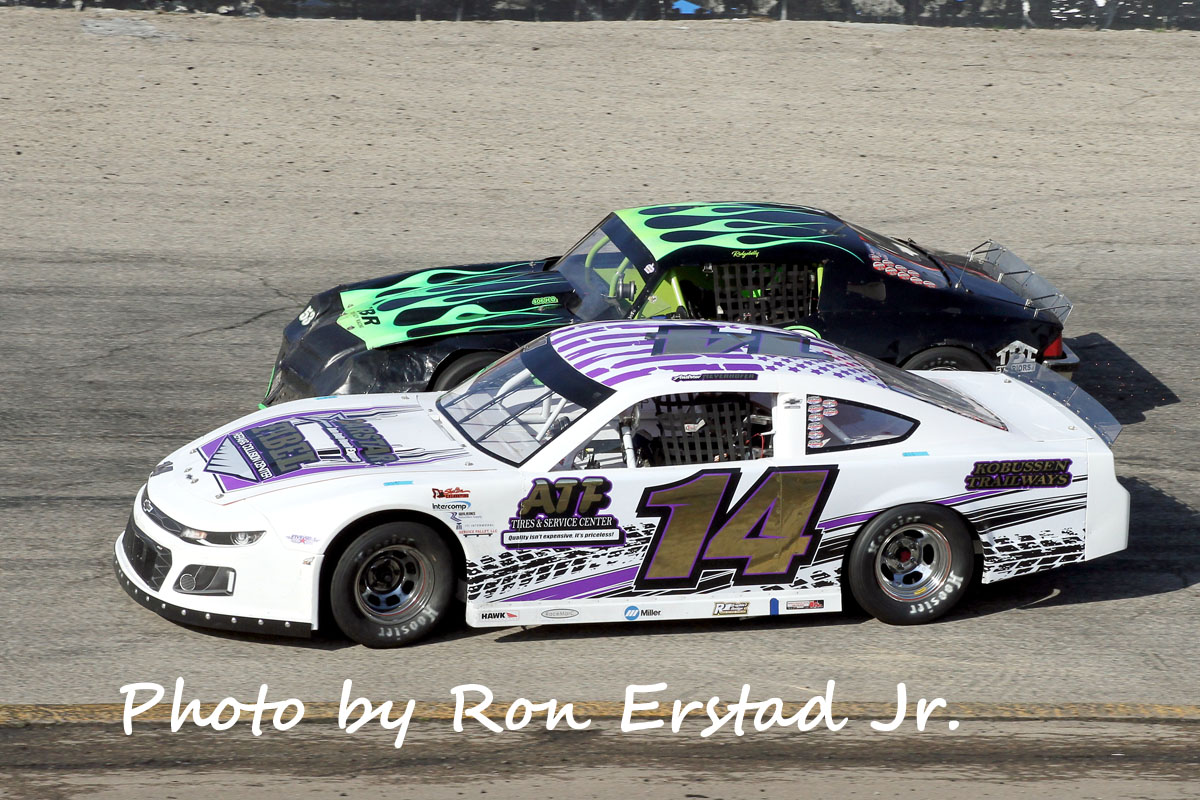 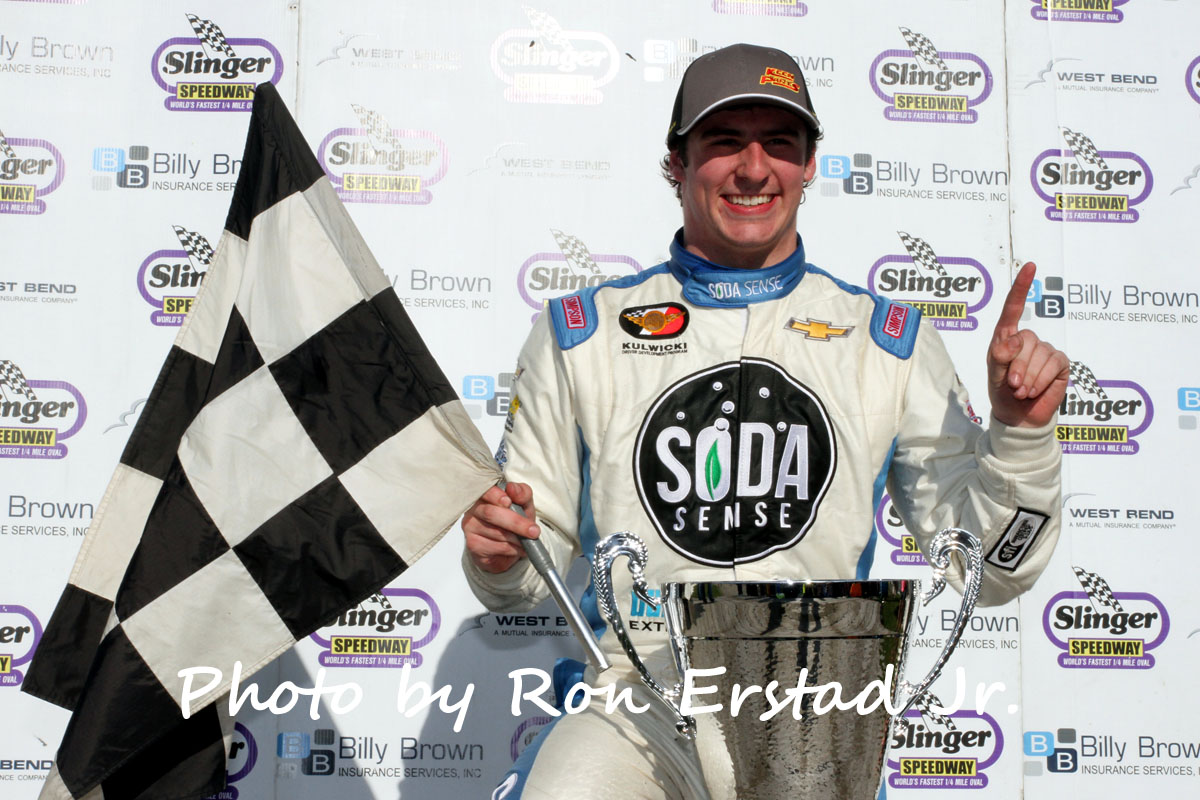 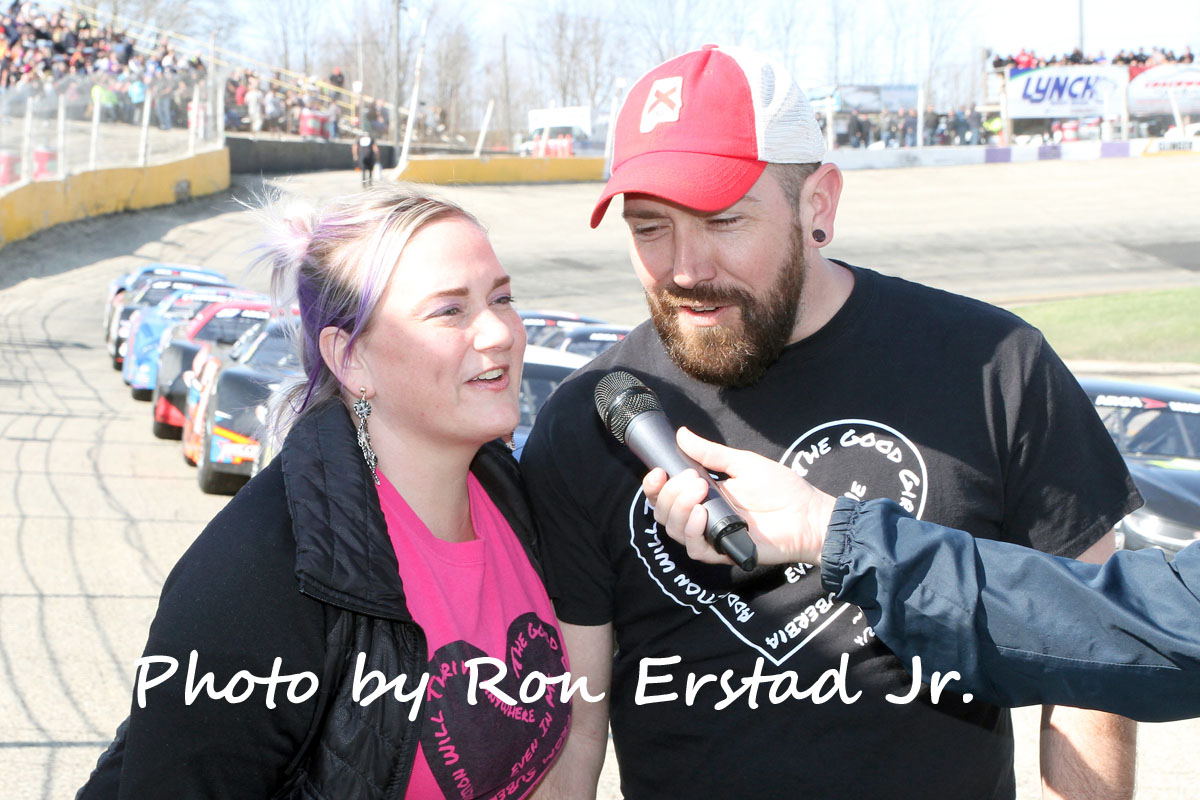 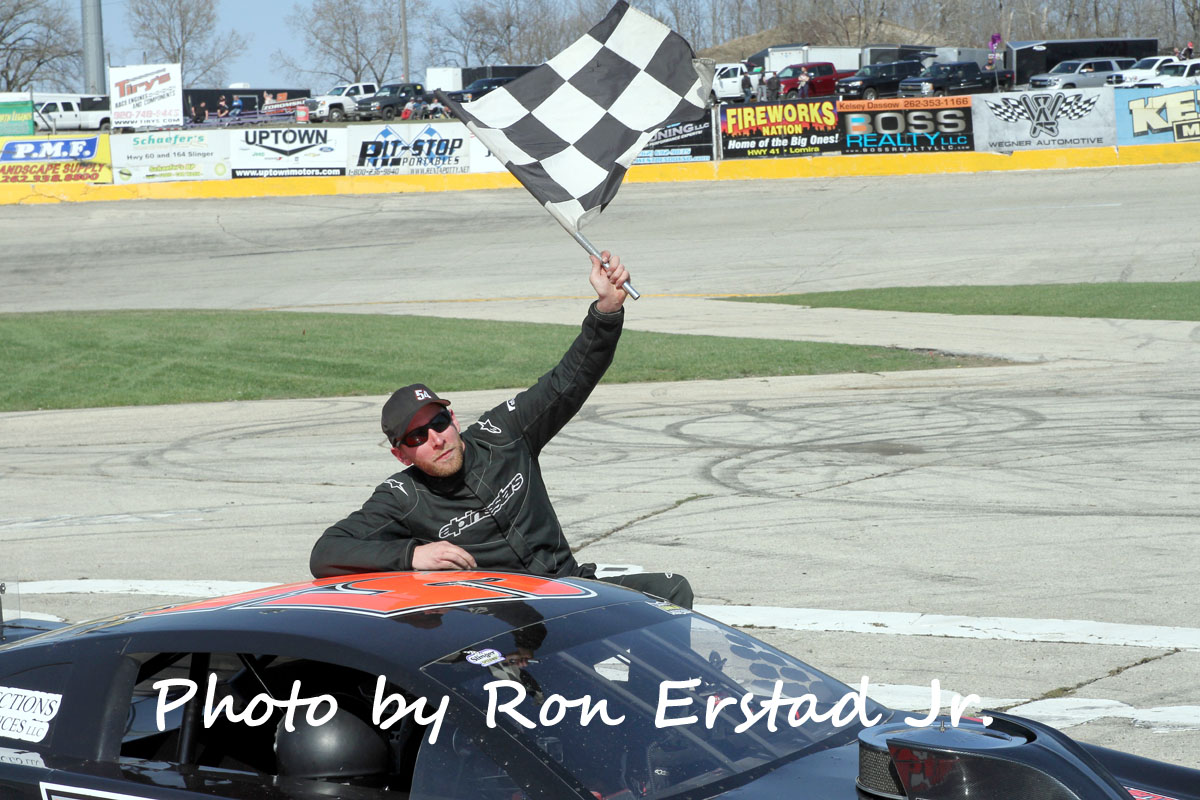 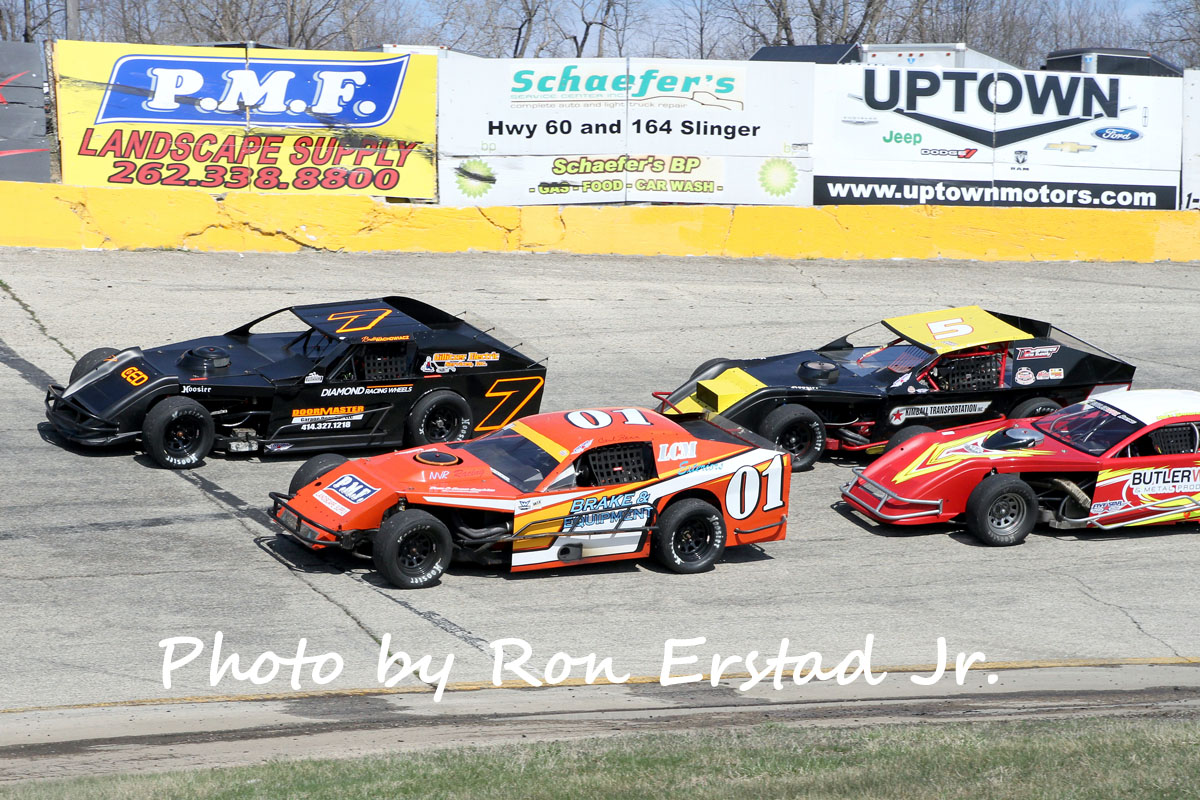 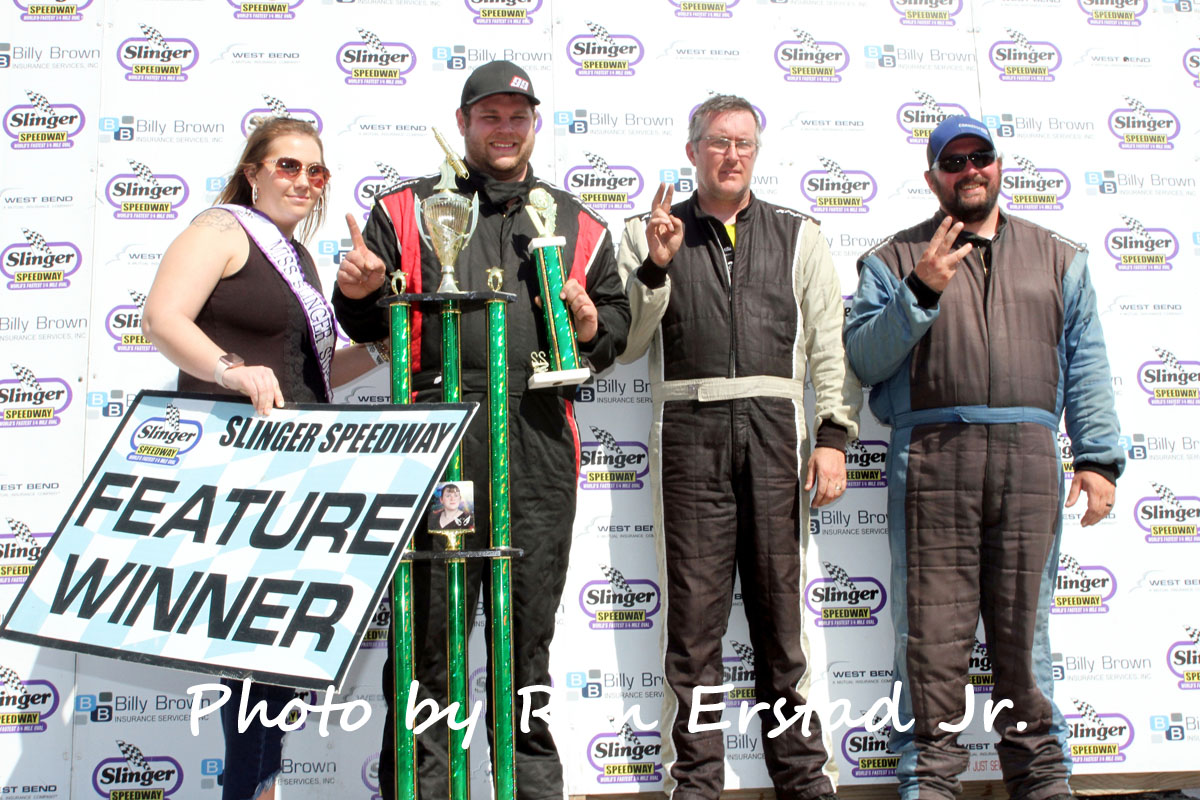 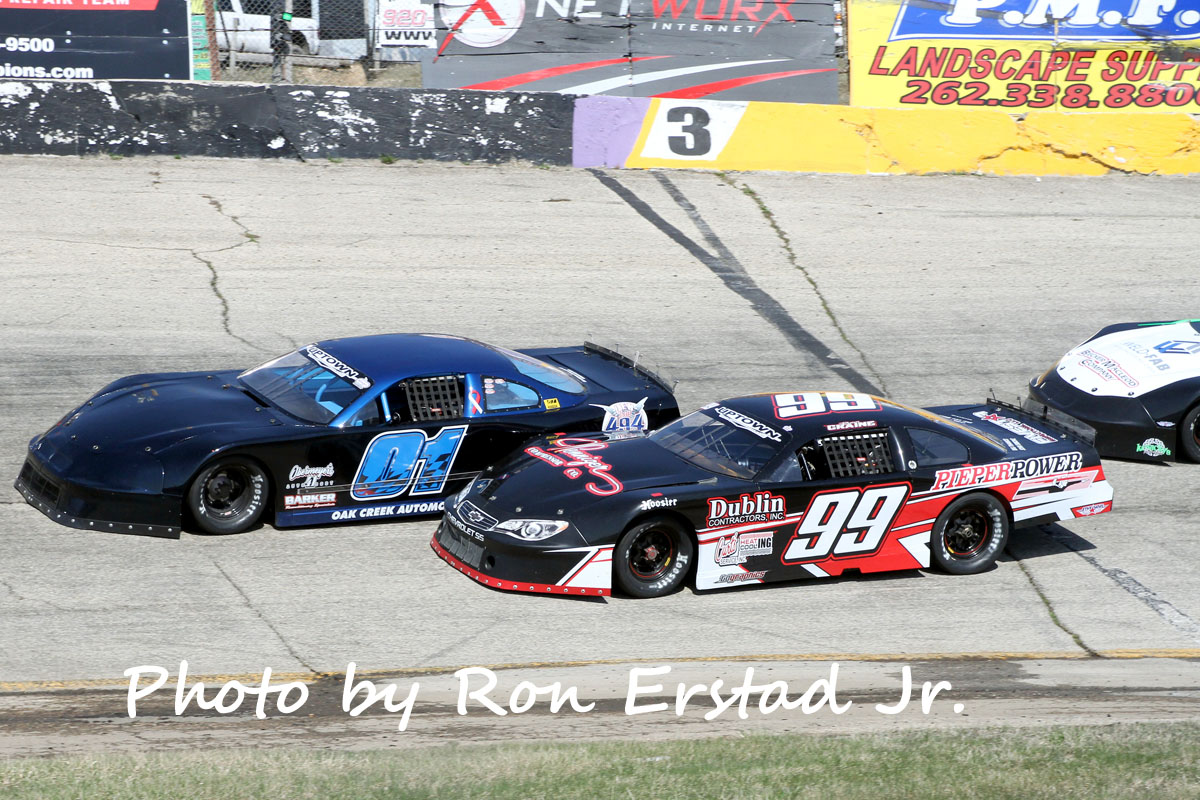 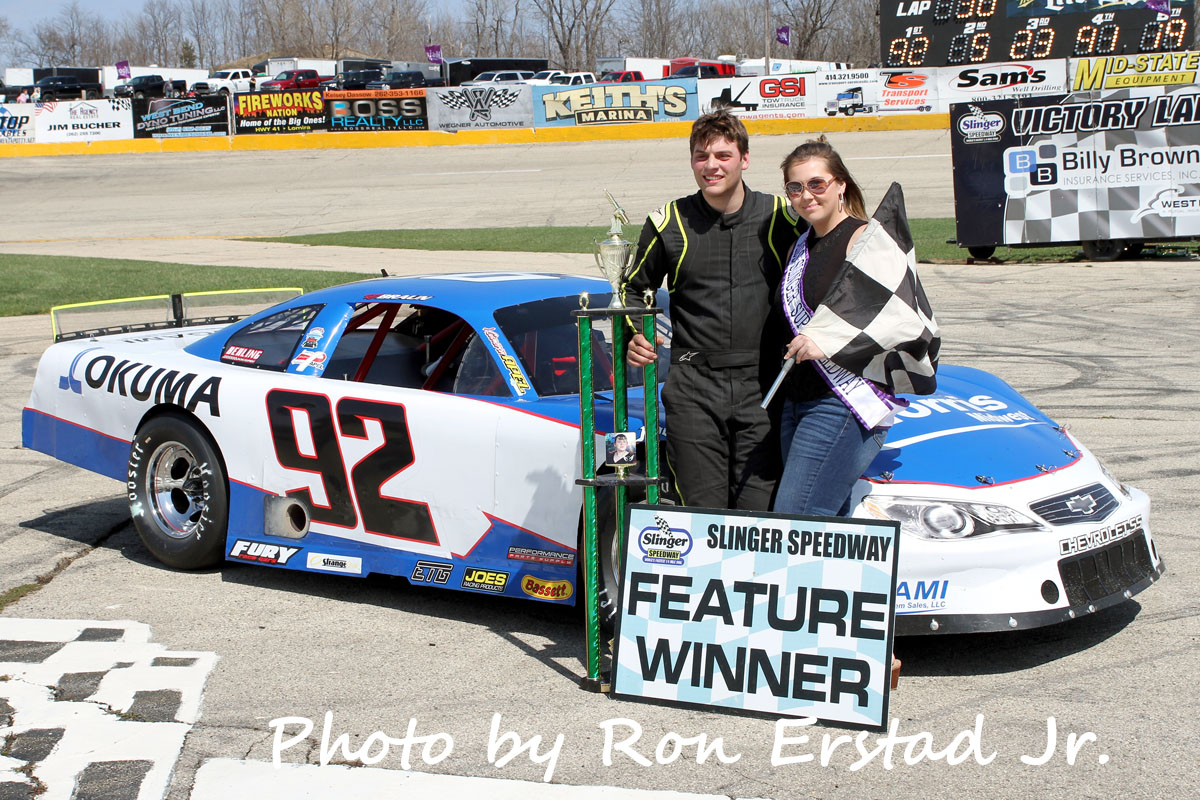 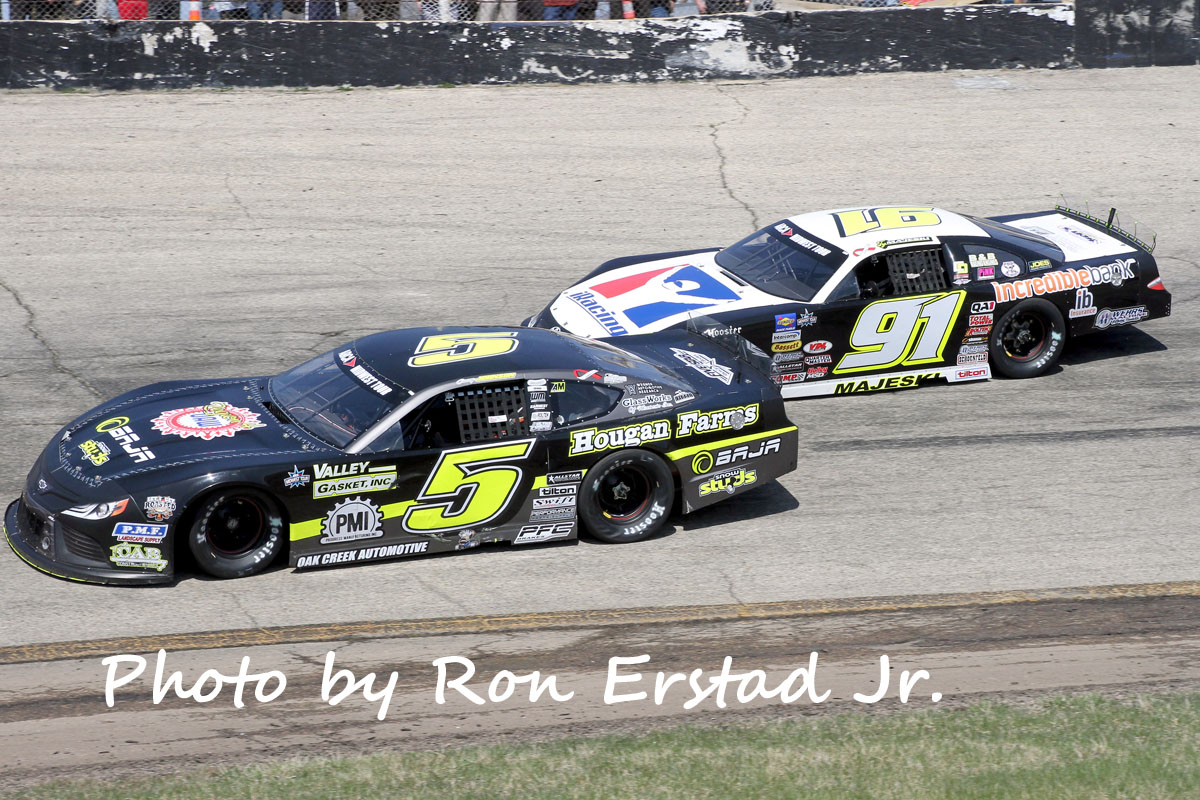 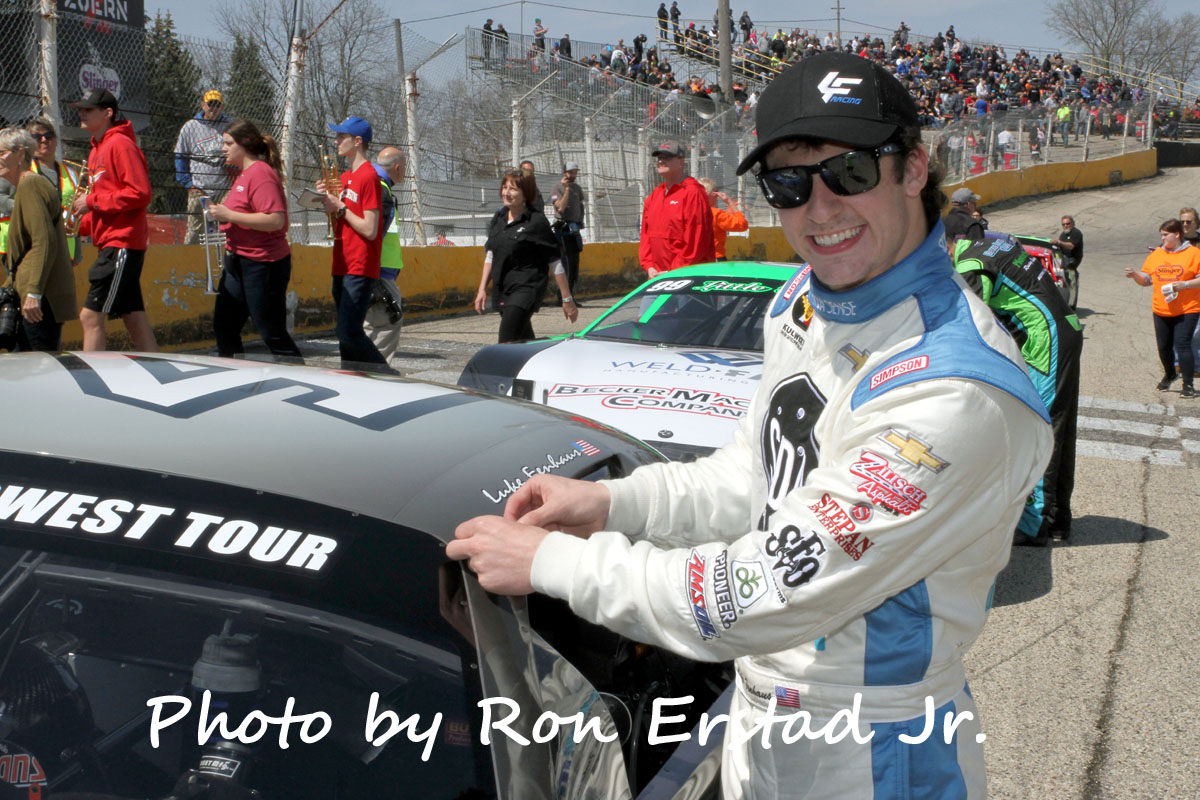 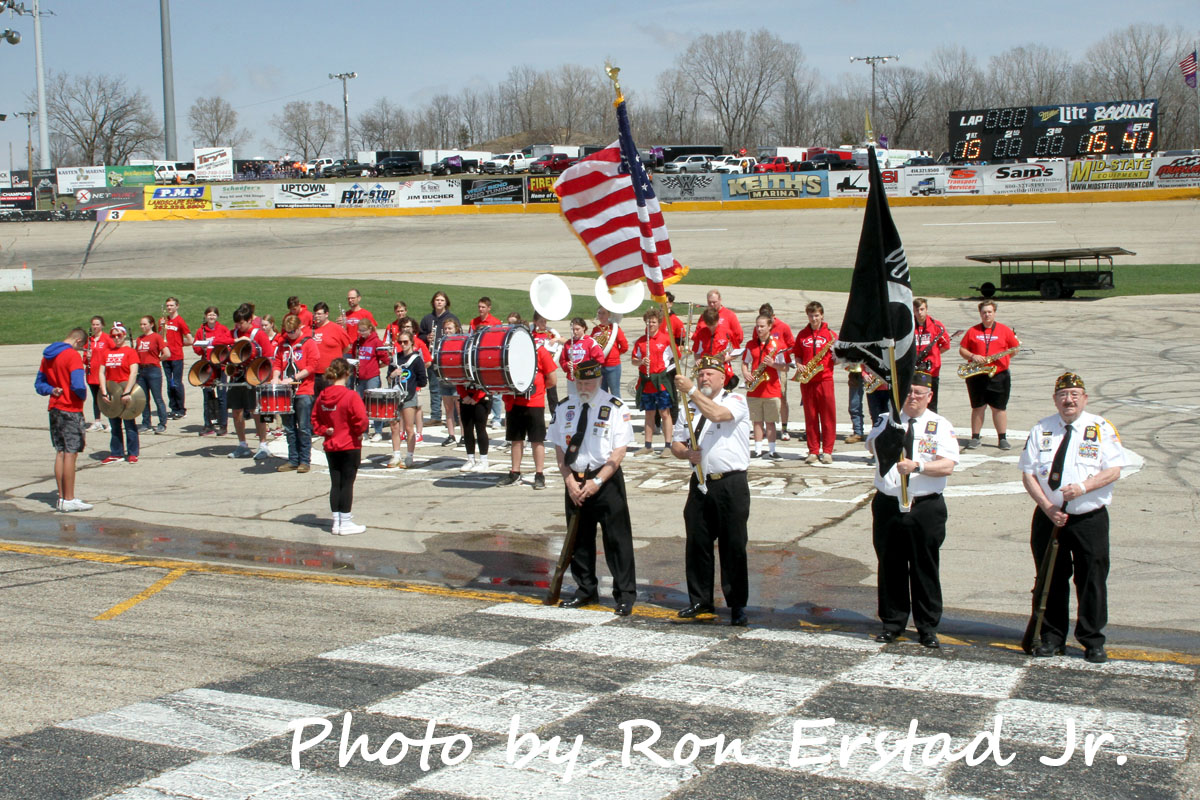 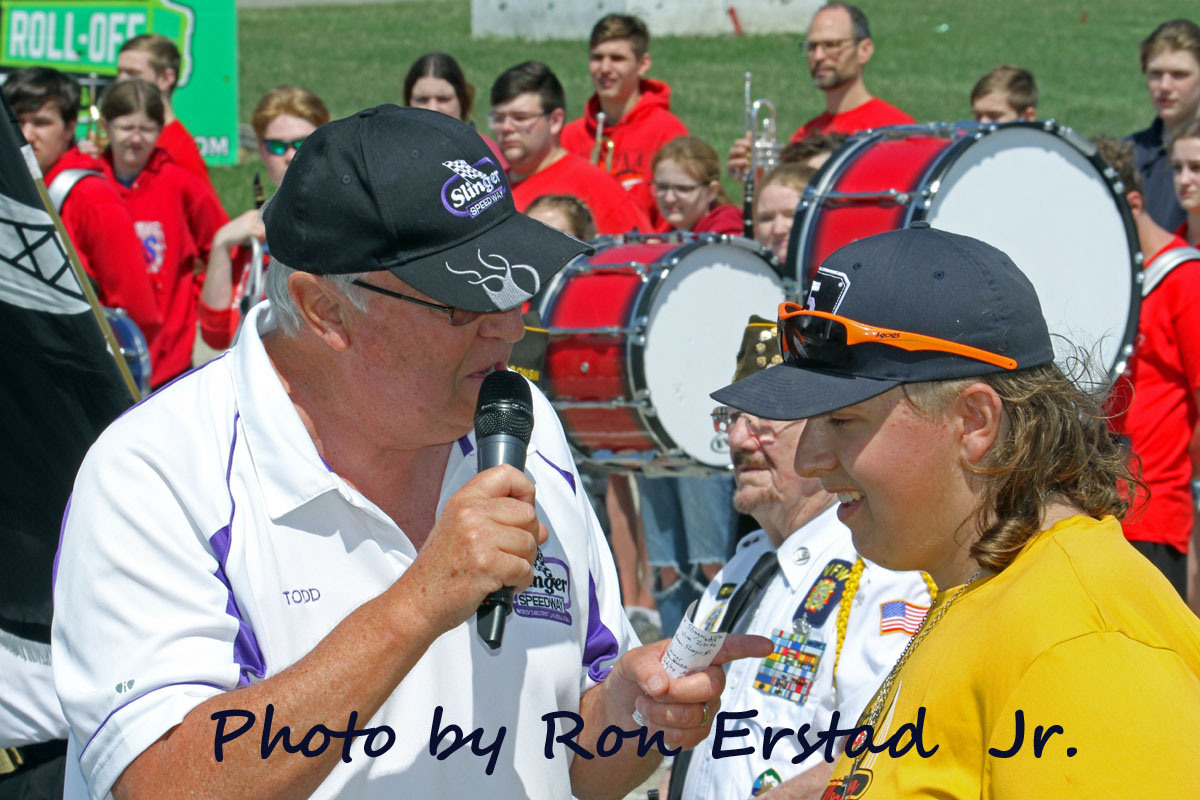