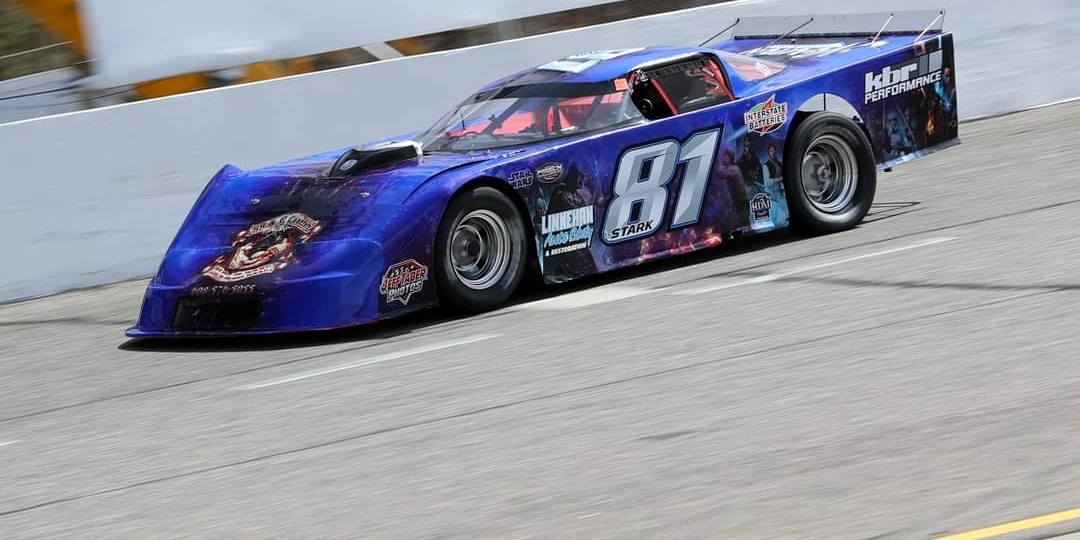 The 602 Outlaw Late Model Tour hits the high banks this weekend for the first time!

How did you get into racing?
My dad and my grandpa. My dad raced Hobby Stocks when I was a kid, then a Late Model, and a Sportsman at the end, and my grandpa raced a bunch of Enduros back when I was growing up.

What do you like about Slinger Super Speedway?
I like the track! It’s a fun, fast track for only being a quarter mile.

What is a 602?
Basically a Pro Late Model with a smaller motor; we run a 602 crate motor. We have a different tranny, different brakes, and obviously the body package is different.

What do you like about the 602s?
They are easier to drive; the body has a big effect on handling. They aren’t really overpowered. It’s actually a real competitive class and a lot of clean driving.

What can fans expect this Sunday?
I think it will be a really good show up there, honestly! I think there will be a lot of passing; these cars have always produced a lot of side-by-side racing with the bodies. [You are third in points in the series right now, what do you think Sunday will bring for you?] Well, this is the first time there for the tour. I’m hoping to be in the top 3…preferably top 2, but [Dennis] Prunty is good and so is [Tom] Carlson. Prunty is going to be tough because it’s his home track. I think it’ll be a pretty good show!

Who do you need to thank?
Crew: Bob Sauer the car owner, Mark Challet, and my son, Austin Stark helps me. Sponsors: SS&E Concrete (car owner), KBR Performance out of Lyndon Station, Norm’s Tap and Eatery out of Lyndon, Linnehan Auto Body out of Sparta, Beagles Bar and Grill out of Lyndon, Jeff Tabor Photography, Frisch Signs for wrapping it and Interstate Battery. Anyone else: Bob and Julie, my wife Lacey, Kelly Bires from KBR-he’s had a big hand in this, and Rich Edmonds.

What is your real job?
I work at KBR Performance, building racecars. We build them, set them up…everything.

How did you get your car number (#81)?
That’s actually from the car owner, that’s carried on through him.

Do you have any pre-race traditions or superstitions?
I actually don’t, but I know a lot of guys do. My dad does…He can’t have a red racecar. Every time he’s had one that’s red he wrecks it or blows it up.

Which Slinger driver (past or present) do you respect the most?
Steve Apel. I have always gotten along with him, he’s down to earth; I’ve talked to him multiple times. I’ve actually come down there a couple of times to help him with Kelly; I think we were down there for the Nationals one year.