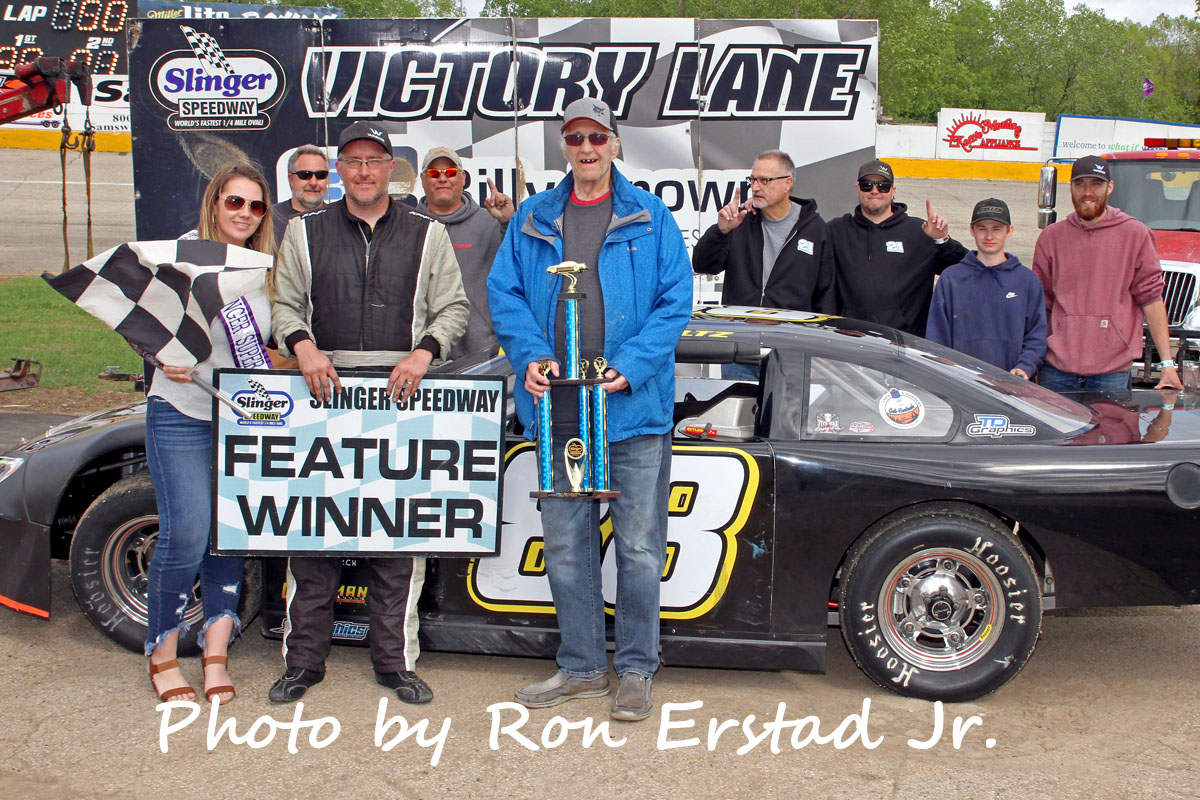 Holtz used the outside lane to take the top spot from early leader Mitchell Haver and then found himself locked in a battle with Gutknecht as the laps wound down. With ten laps to go and the front runners approaching heavy traffic, one of the slower cars spun directly in front of the leaders, collecting Gutknecht and Haver in the process. Despite heavy damage, Gutknecht was able to continue and he pressured Holtz in the closing circuits with Holtz taking the checkered flag with Gutknecht glued to his rear bumper.

“It might have been a little different if that lapped car wasn’t there,” Holtz stated from victory lane, “I don’t know if I had a first place car or a second place car but it was pretty close. I’ve raced with Ryan (Gutknecht) a long time and we’ve had our skirmishes in the past but it’s always fun racing him and we always test each other.”

“That was the hardest race I ever ran,” Gutknecht said after first advancing from the tail of the field before trying to track Holtz down with a damaged car, “With that incident in the beginning where we had to go all the way to the back and then to be able to pass every single car except the one that actually really mattered is kind of heartbreaking but it was a heck of a ride. I was a little better than Holtz through the corners but once that incident with the lapped car happened, I couldn’t see. I was too afraid to go to the outside because then I couldn’t see him and I didn’t want to wreck us so I’ll take second.”

Jeff Holtz and Billy Braun were the winners of the Pro Late Model heat races and Ryan Gutknecht set fast time by circling the speedway in 12.079 seconds.

Dennis Prunty passed Jason Stark for the lead with ten laps to go and drove to his third straight victory in the 602 Outlaw Late Model travelling series having added Slinger’s inaugural trophy to ones collected at Dells Raceway Park and Madison International Speedway.

“I wanted to get in the lead and get out of here,” Prunty said in victory lane, “For some reason I love this 602 Outlaw car and it’s a fun car to drive and seems like it has better traction than it does horsepower and the guys did an awesome job setting it up. There’s nothing trick on it and it’s our old set up from thirty years ago and it still keeps working.”

Bryce Miller finished a close third behind Prunty and Stark while Tom Carlson and Bill Prietzel rounded out the top five in fourth and fifth place. Alex Hartwig finished sixth just ahead of Greg Bowers in seventh and Clayton Storey in eighth. Kevin Kulka and Brian Johnson Jr. completed the top ten finishers.

Al Strobel won the 25-lap Slinger Bee feature in a thrilling finish with Brian Stanczyk who had to settle for second at the stripe. Misty Benn took the checkered flag in third while Brandon Mennicke and Tracy Neu rounded out the top five. Slinger Bees heat races were won by Tom Elsinger Jr. and Al Strobel while Misty Benn took top honors in qualifying after completing a lap in 15.238 seconds. 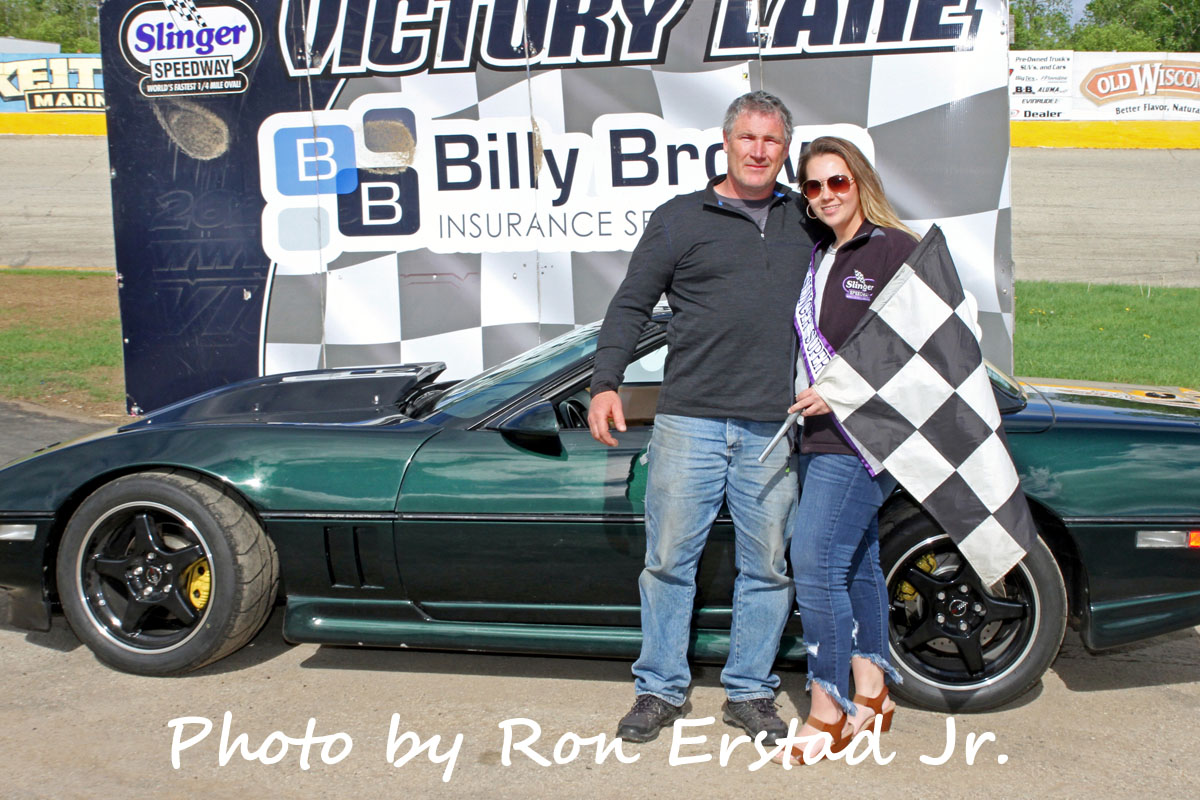 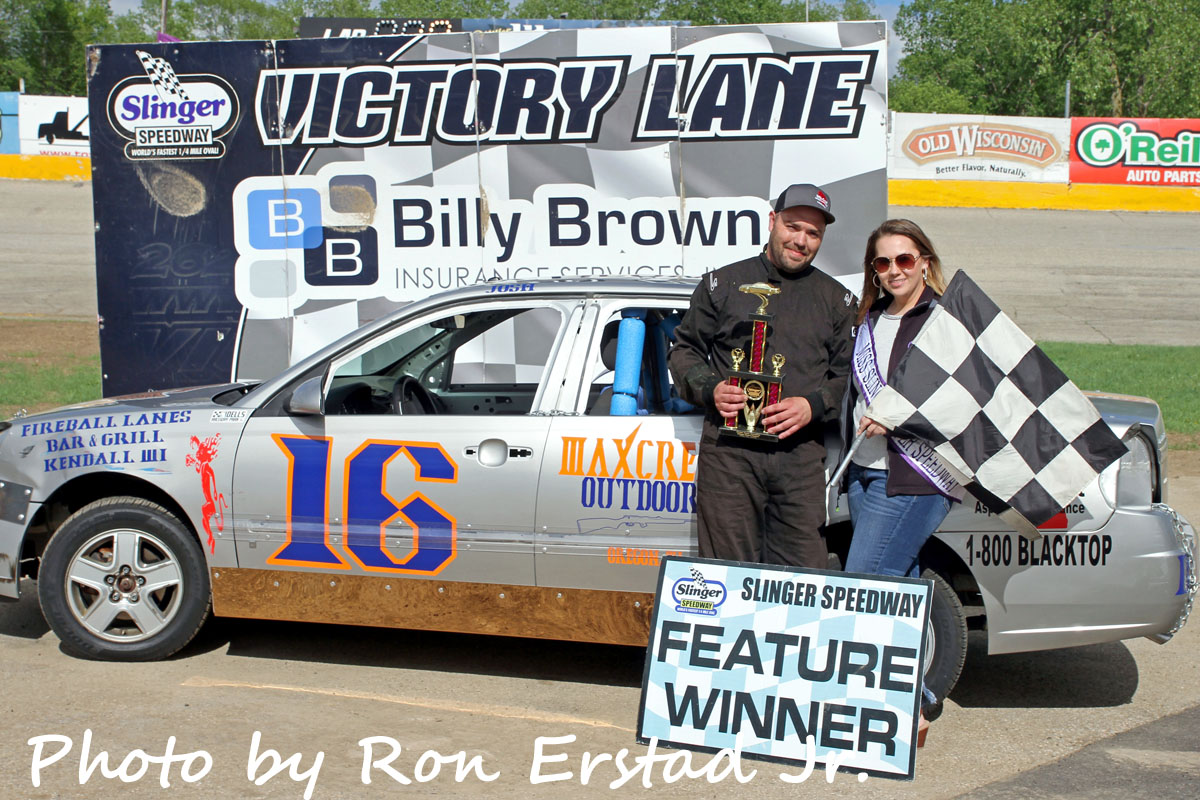 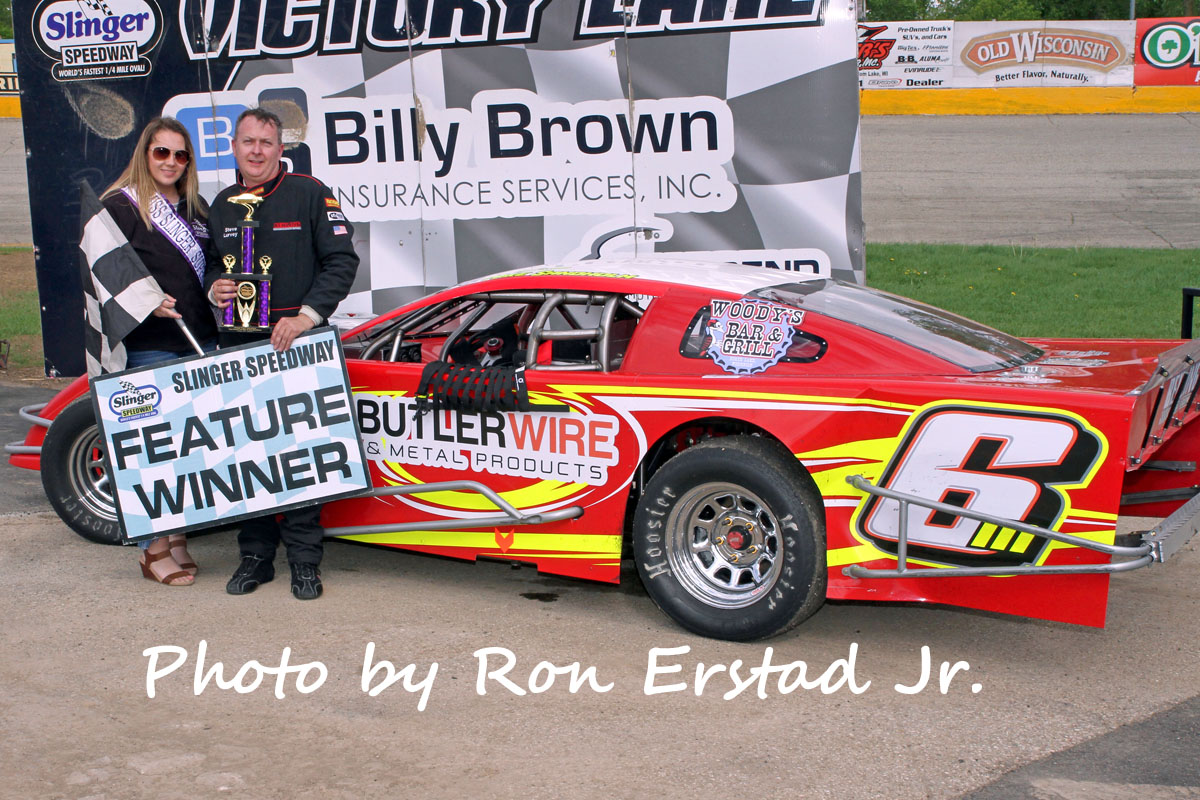 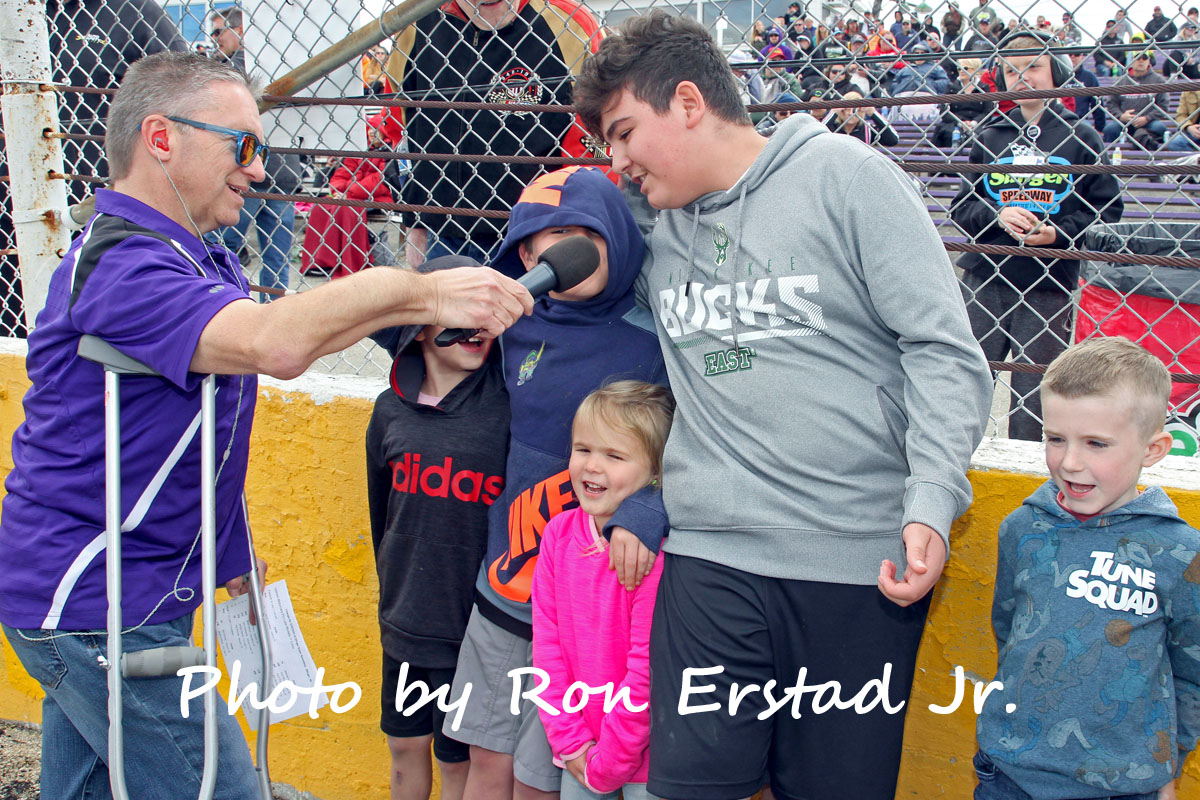 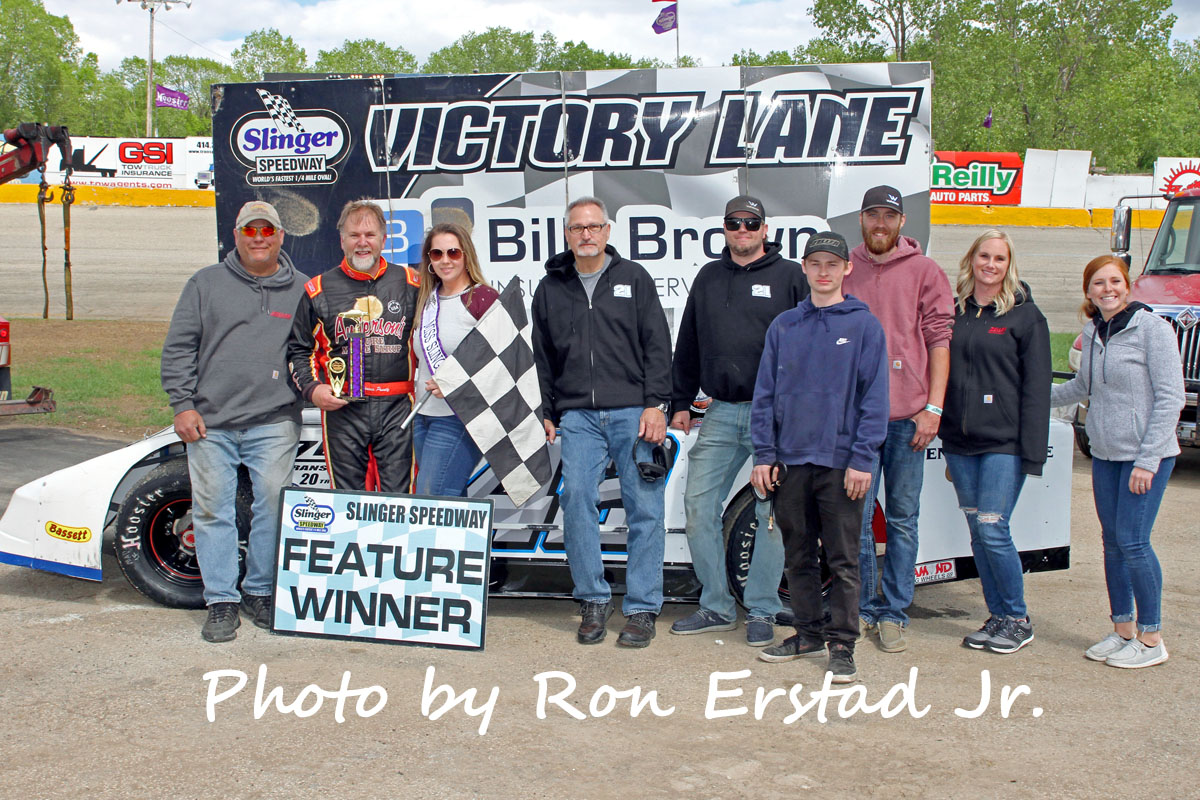 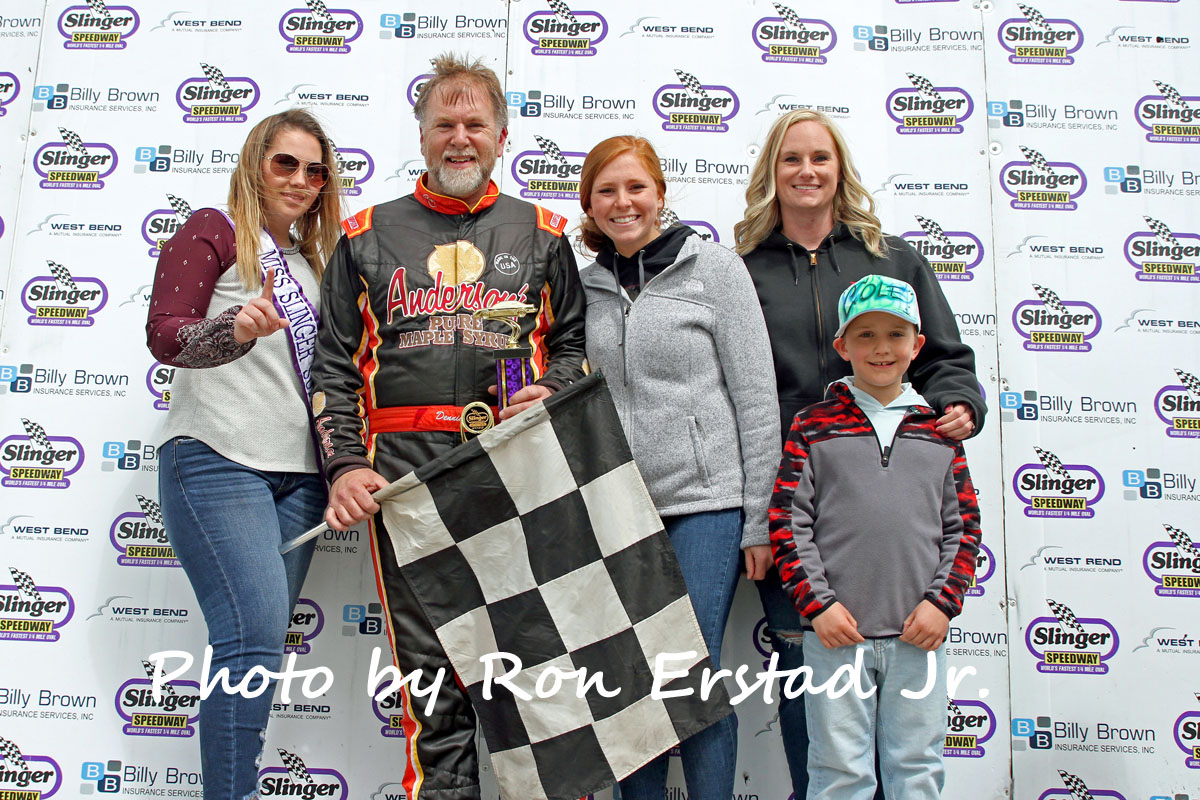 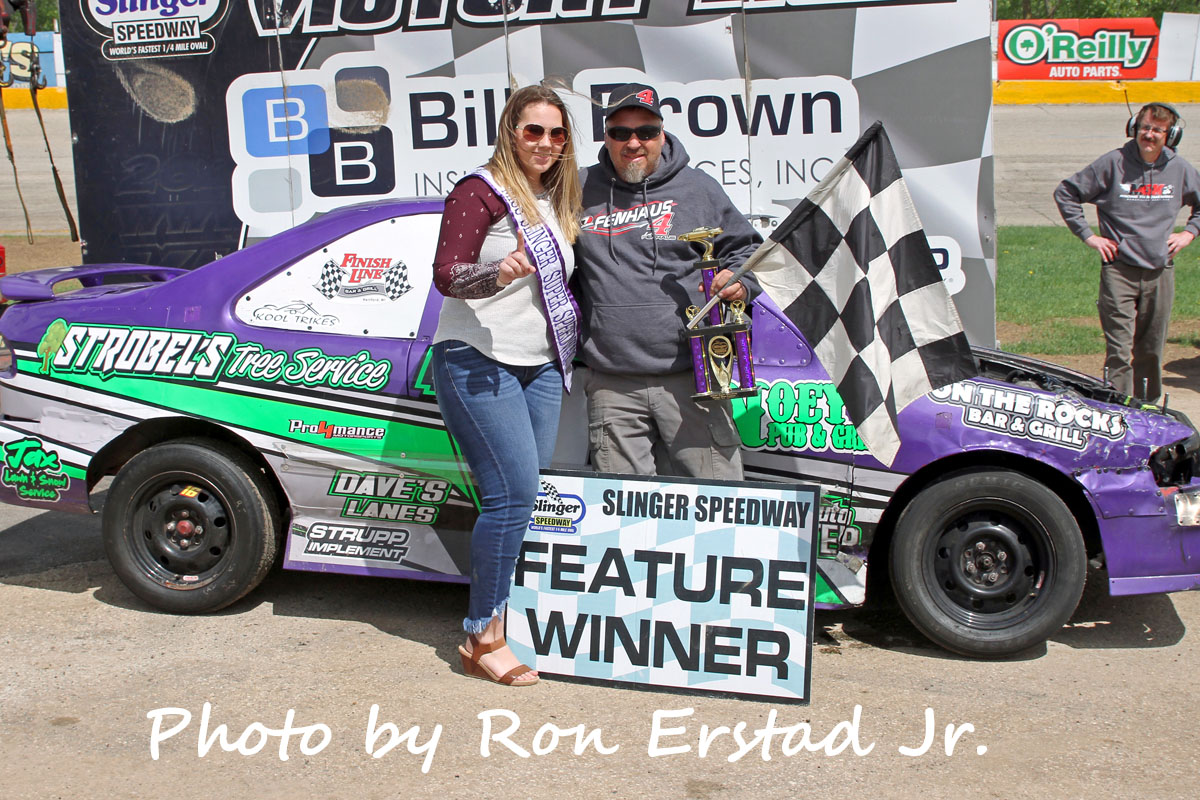 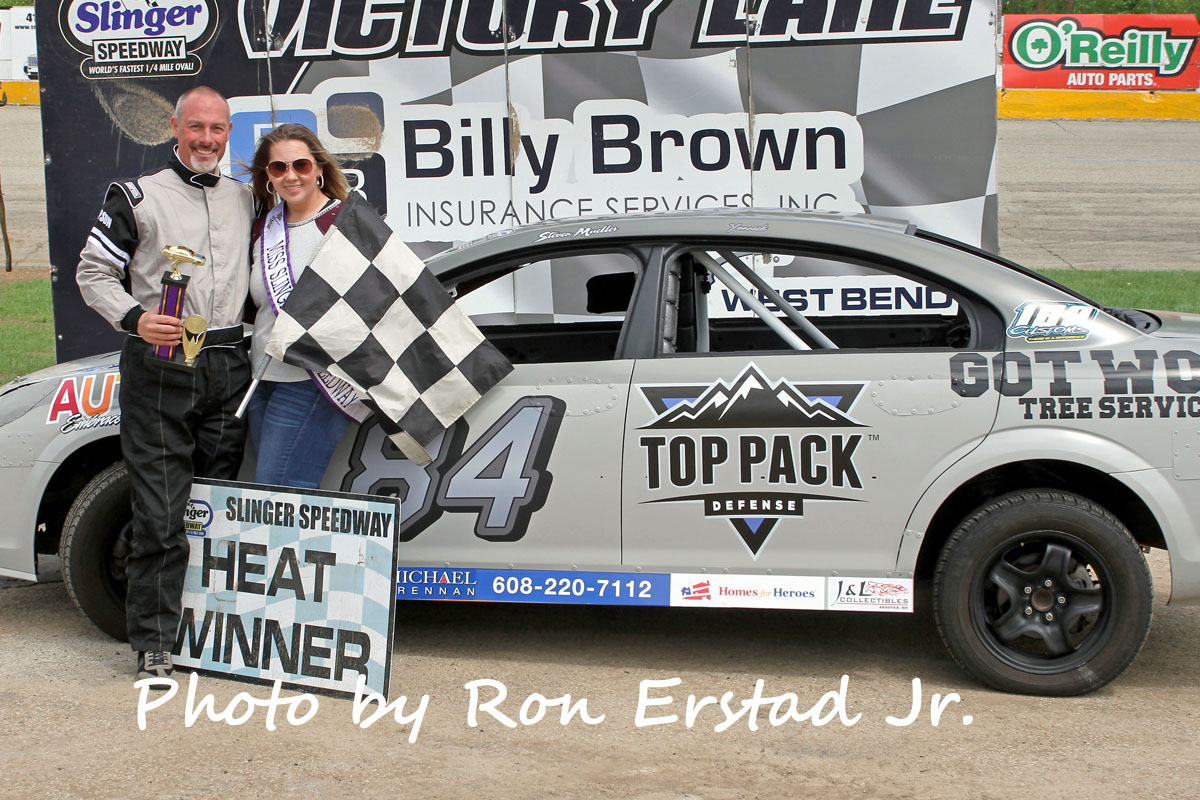 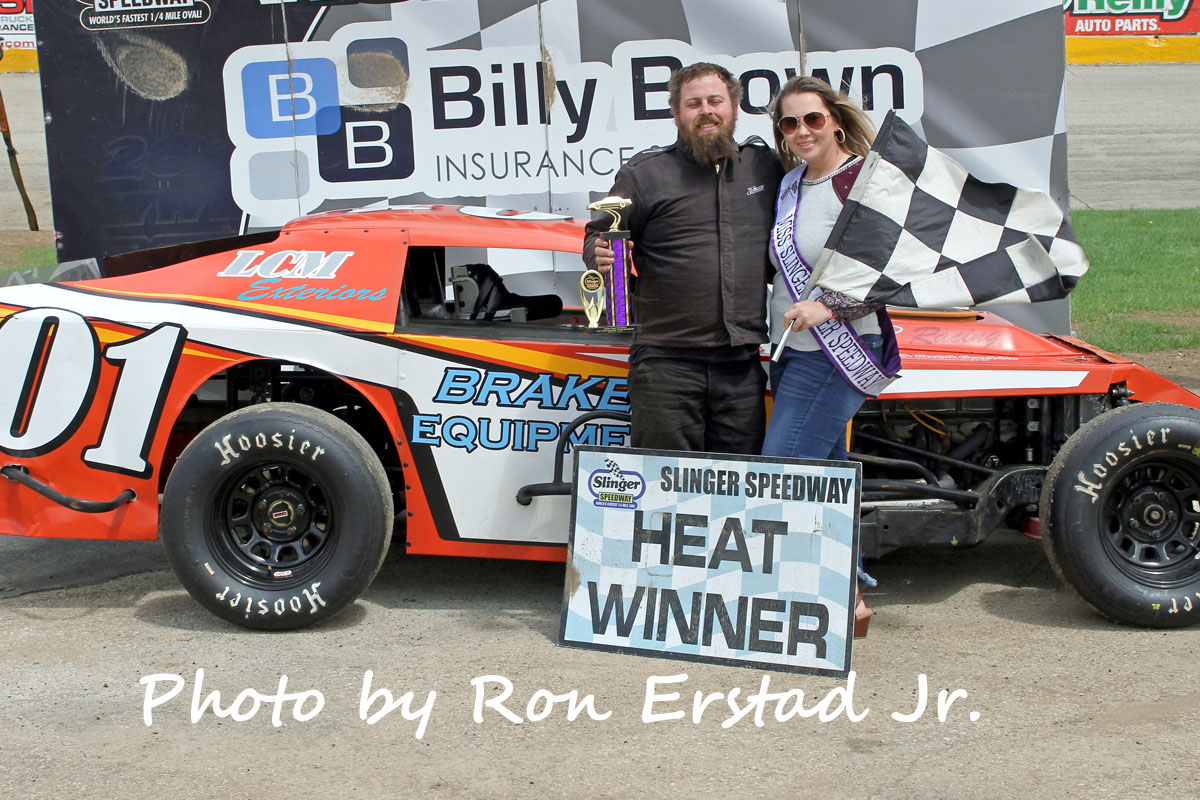 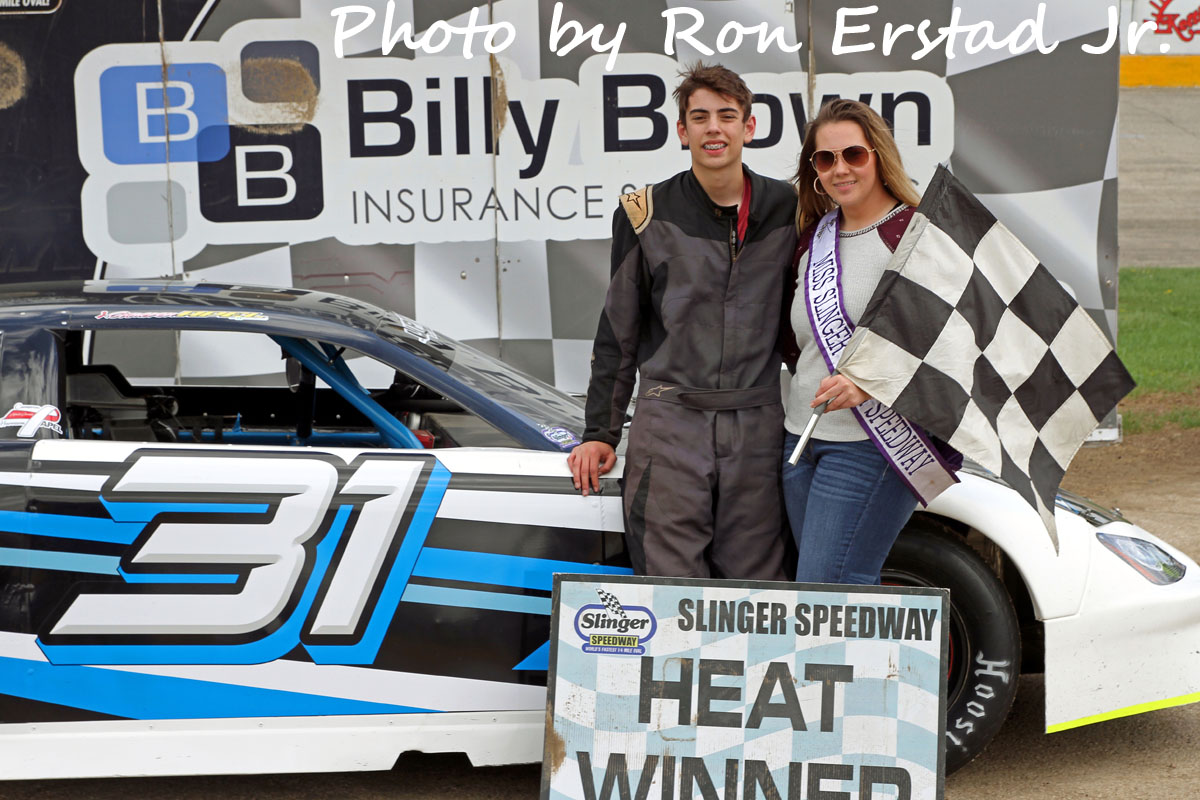 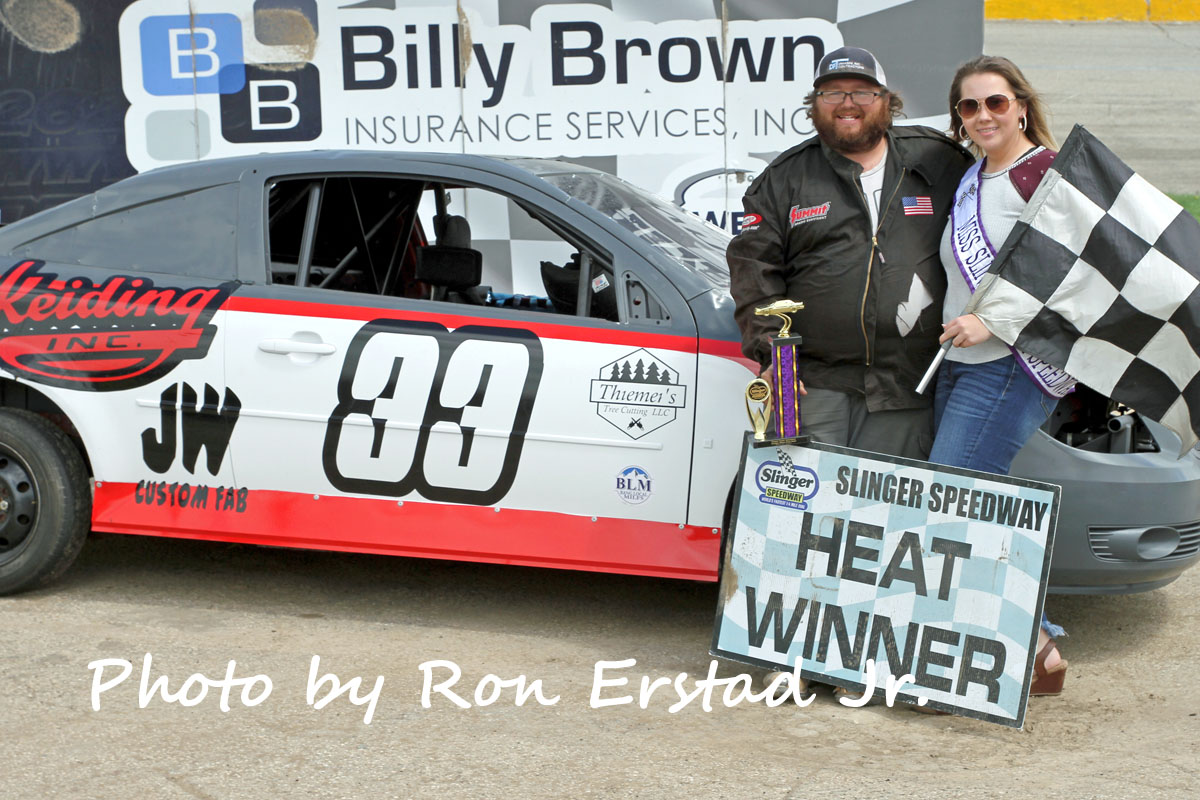 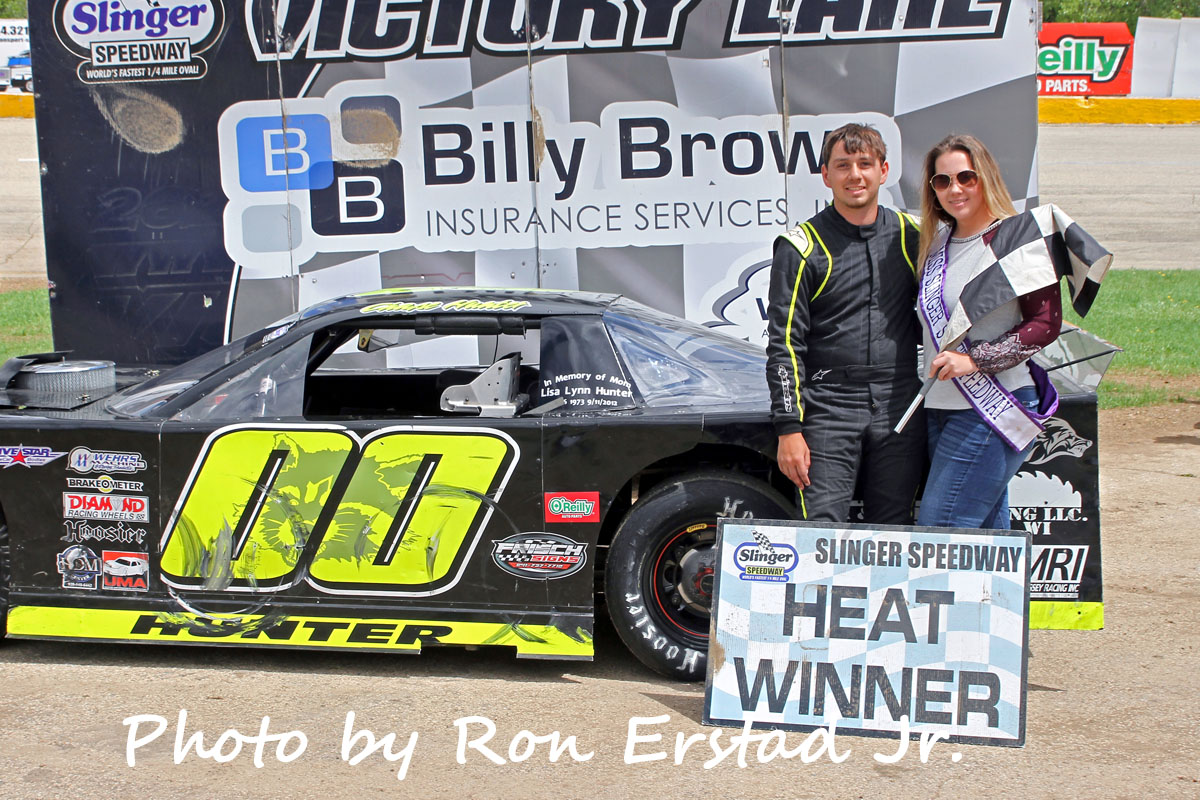 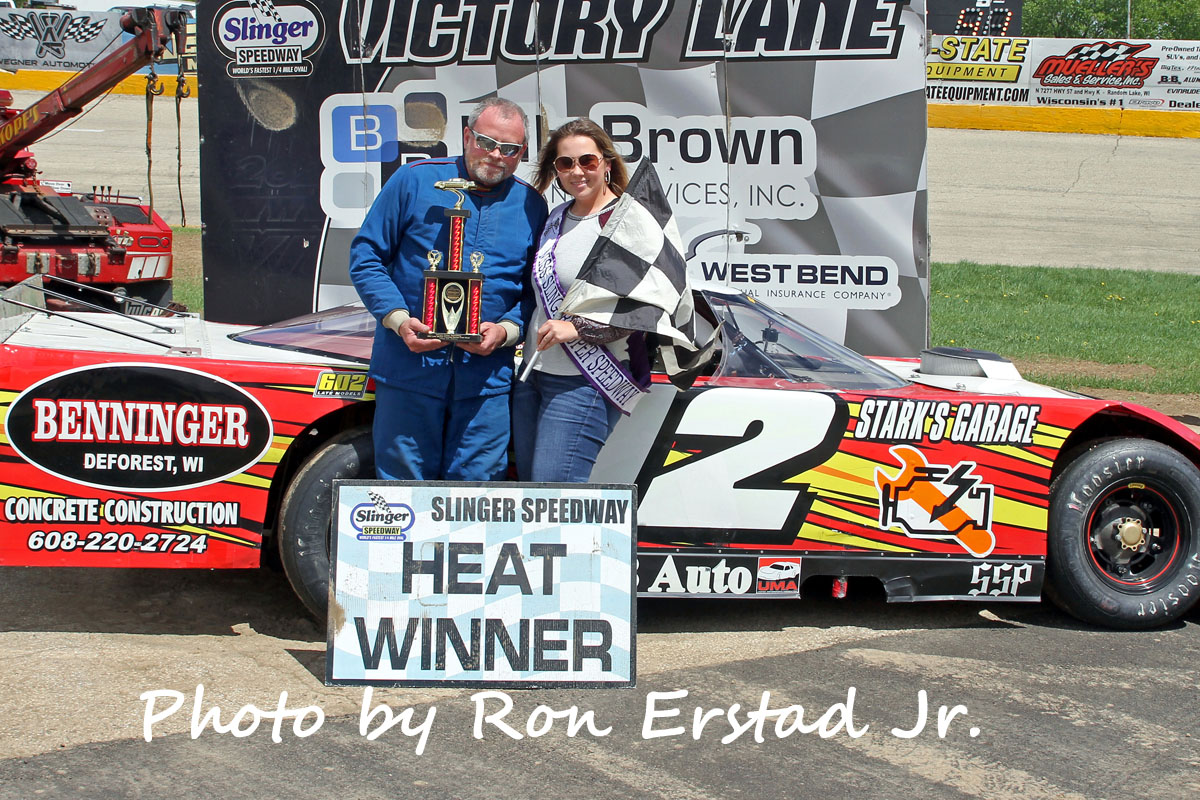 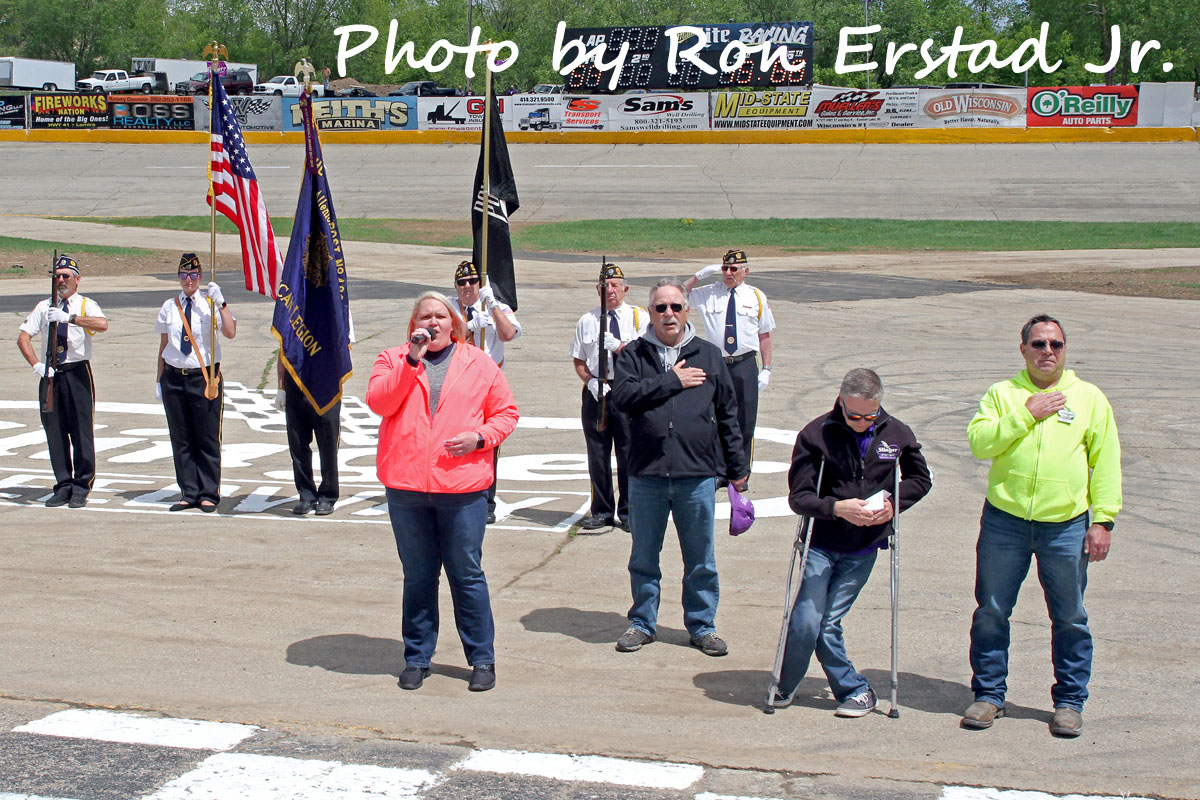