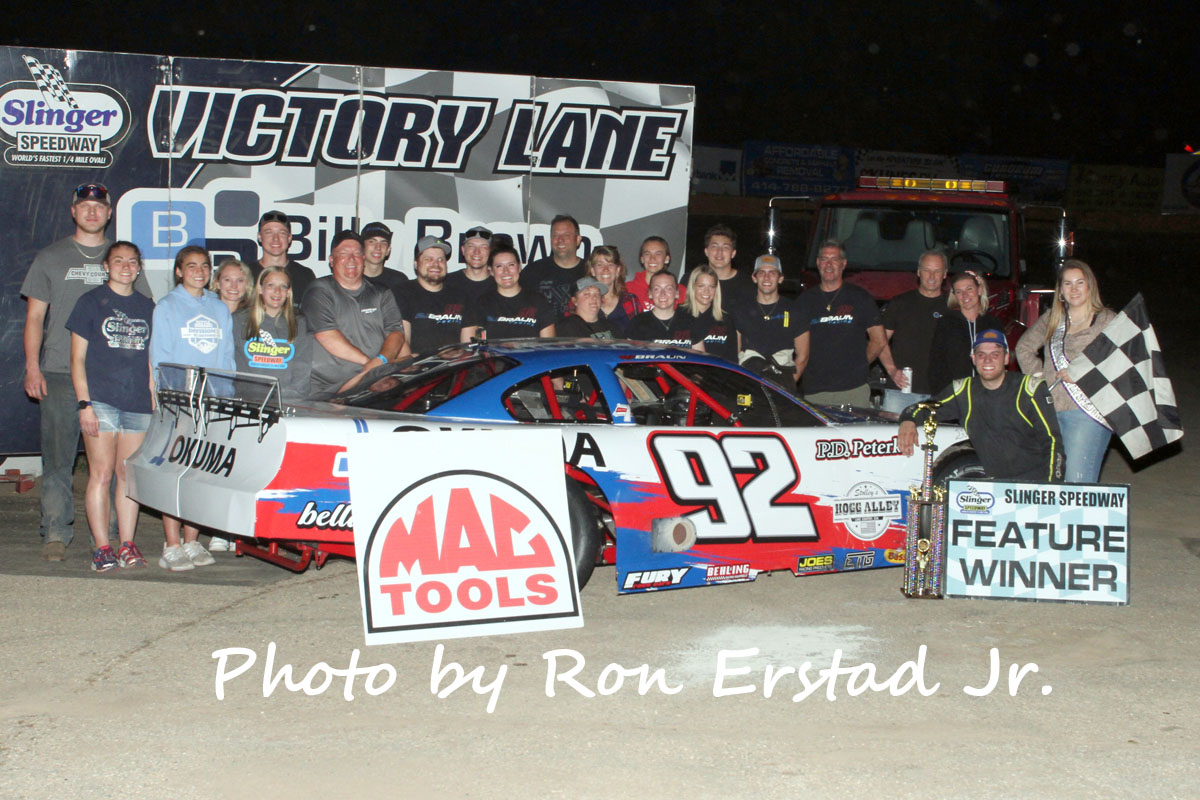 Slinger, Wis., May 29—With a combined ten track championships of experience among the drivers chasing him, the youthful R.J. Braun held off veterans Brad Mueller and Lowell Bennett to win the E.H. Wolf and Sons Memorial Day Weekend 75-lap super late model main event Sunday night at the Slinger Speedway in Round Two of the Elite Eight Super Late Model Series.
Braun took command of the event from early leader Brad Mueller on lap 39 and then held off some serious challenges for the top spot from Ryan DeStefano through the race’s middle stages. The handling on DeStefano’s car began to fade late in the event and Mueller was able to reclaim the second spot while Lowell Bennett advanced forward around DeStefano and into third place. Mueller tried to close the gap to the leader in the waning laps but Braun proved to be too strong as he drove under the checkered flag for the victory over Mueller and Bennett.

“I can’t thank Steve Apel and his crew enough as after the opener we rebuilt this car and it’s still fast, “ Braun told the crowd from victory lane, “And those guys behind me I used to watch race here when I was little.”

“I just turned 64 so I’m taking it,” Bennett exclaimed regarding his third place finish and his first podium visit in some time, “That’s a brand new old race car as we built that in 2012 and with the crew’s help it made a difference. I’m very thankful to be standing here today and it makes me feel young again.”

Michael Bilderback won the 20-lap super late model semi-feature over Dave McCardle and Nick Egan as those three along with fourth place finisher Levon VanDerGeest transferred into the main event. Curt Tillman finished fifth. Jacob Nottestad won the Mac Tools fast dash and Alex Prunty was the fastest qualifier after turning in a lap in 11.315 seconds.

Brian Holtz passed Brady Held for the lead in the 35-lap sportsman main event following a late restart and drove to the victory. Dan Calhoun and Andrew Meyerhofer used late race charges to finish second and third respectively while Brandon Tackes and Paul Wagner completed the top five finishers. Sportsman heat races were won by Brett Butler and Tom Elsinger Sr. and Paul Wagner was the fastest qualifier after lapping the speedway in 12.694 seconds.

The Figure 8 drivers contested their main event on the infield “B” Track instead of the normal Figure 8 course and Bill Shavlik won the ten lap main event. 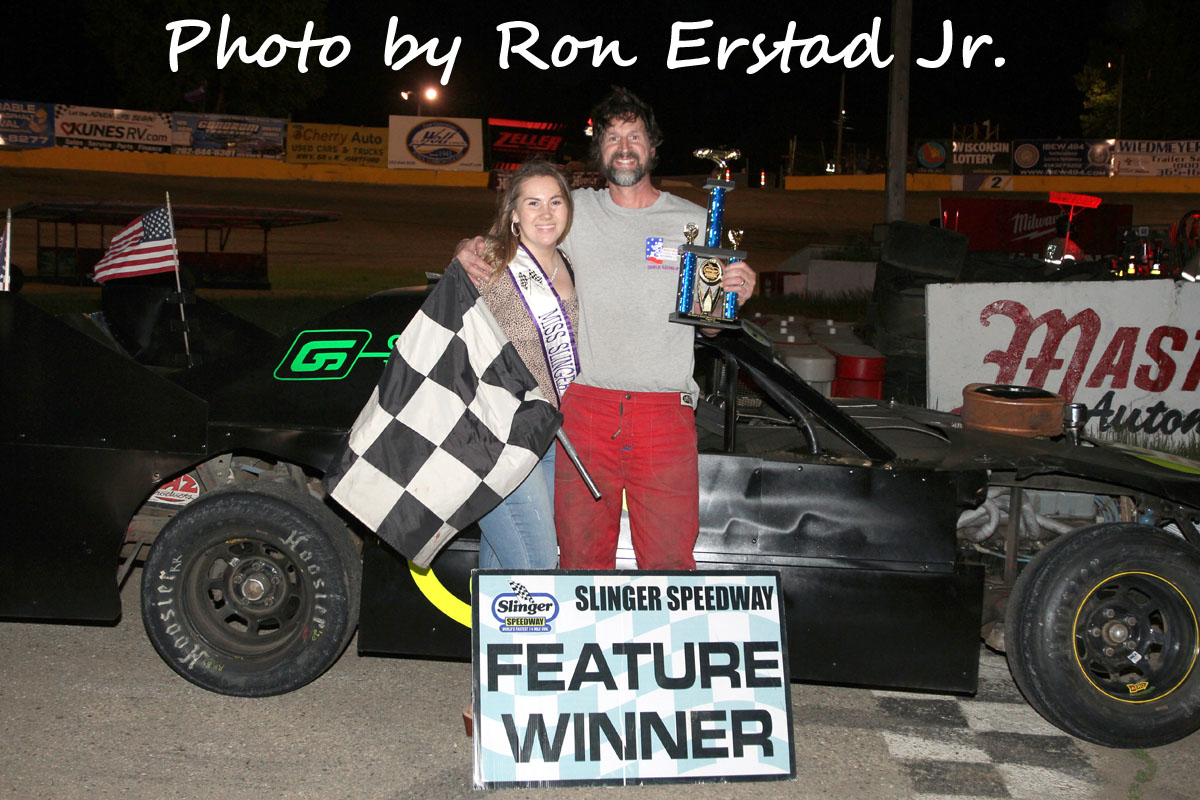 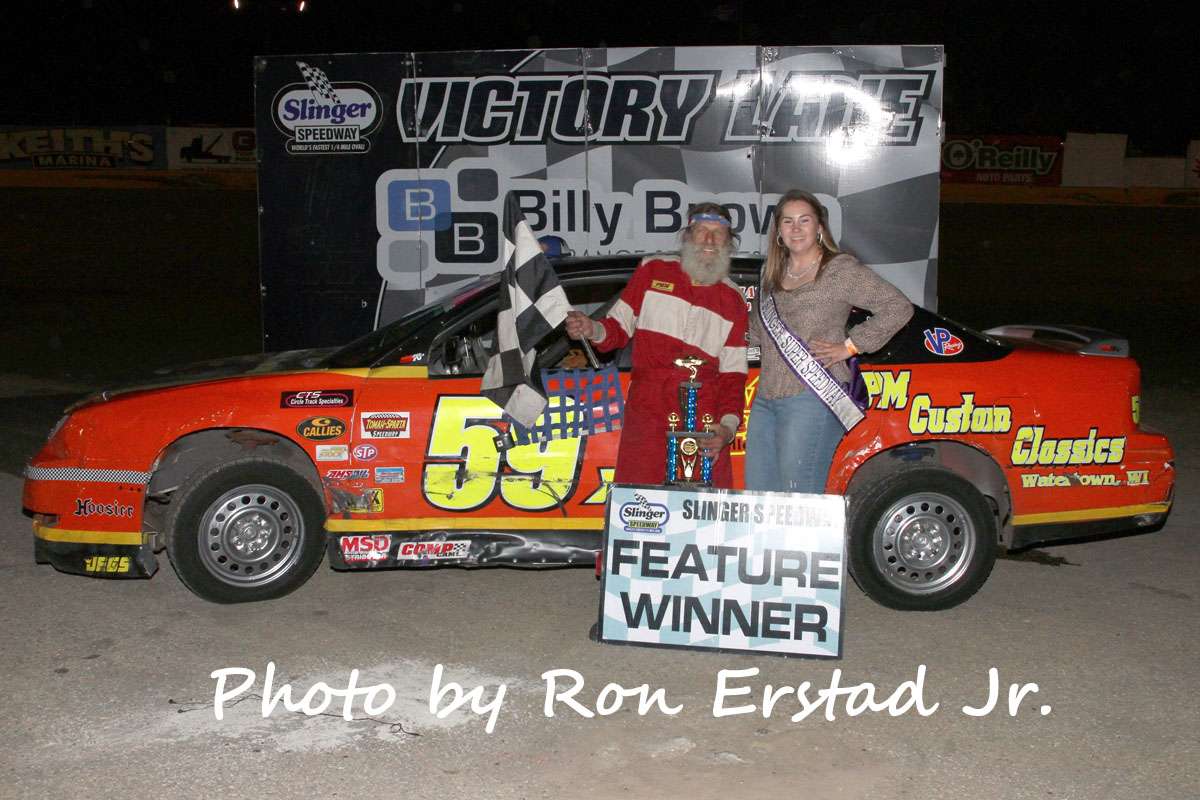 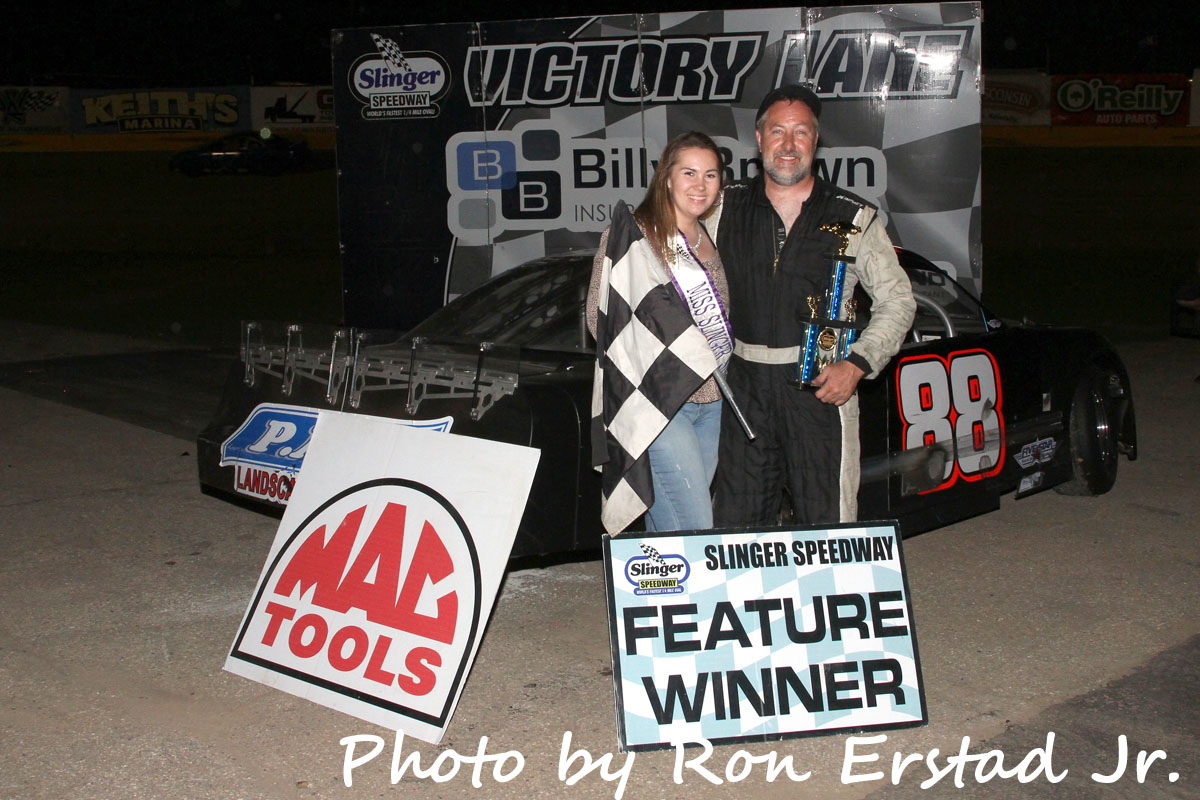 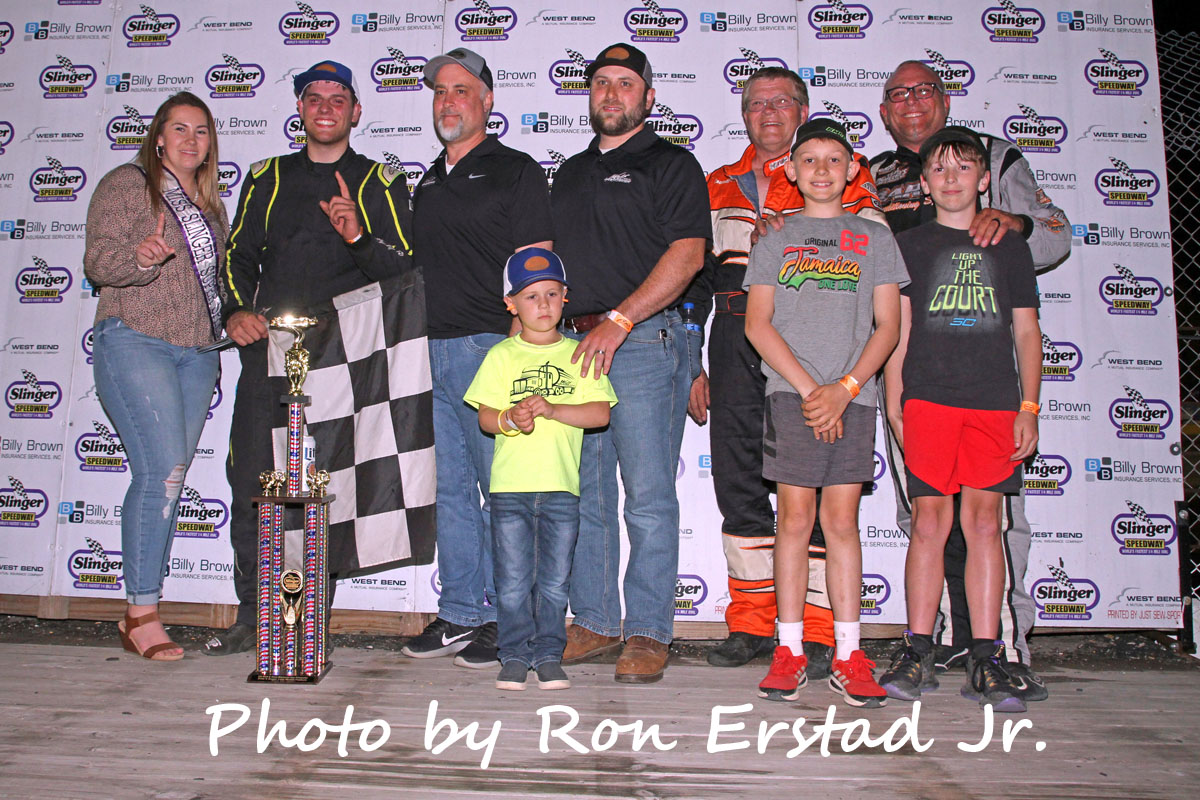 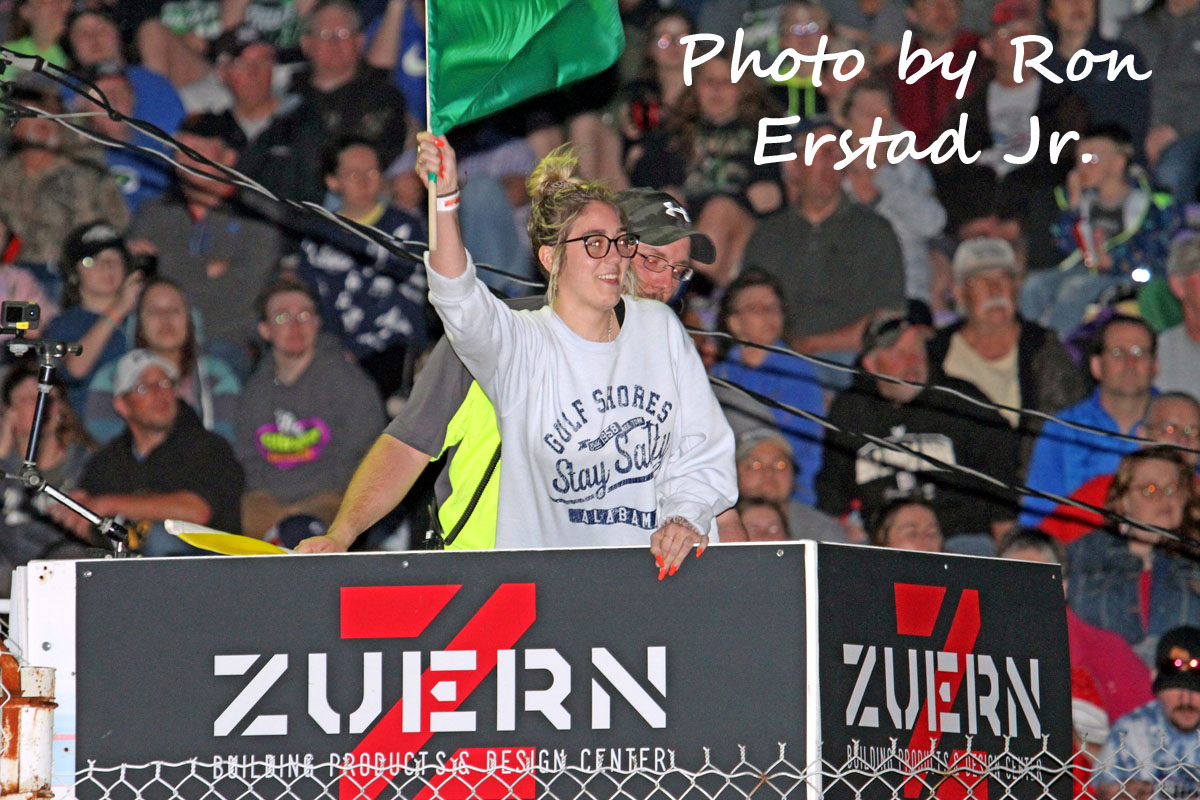 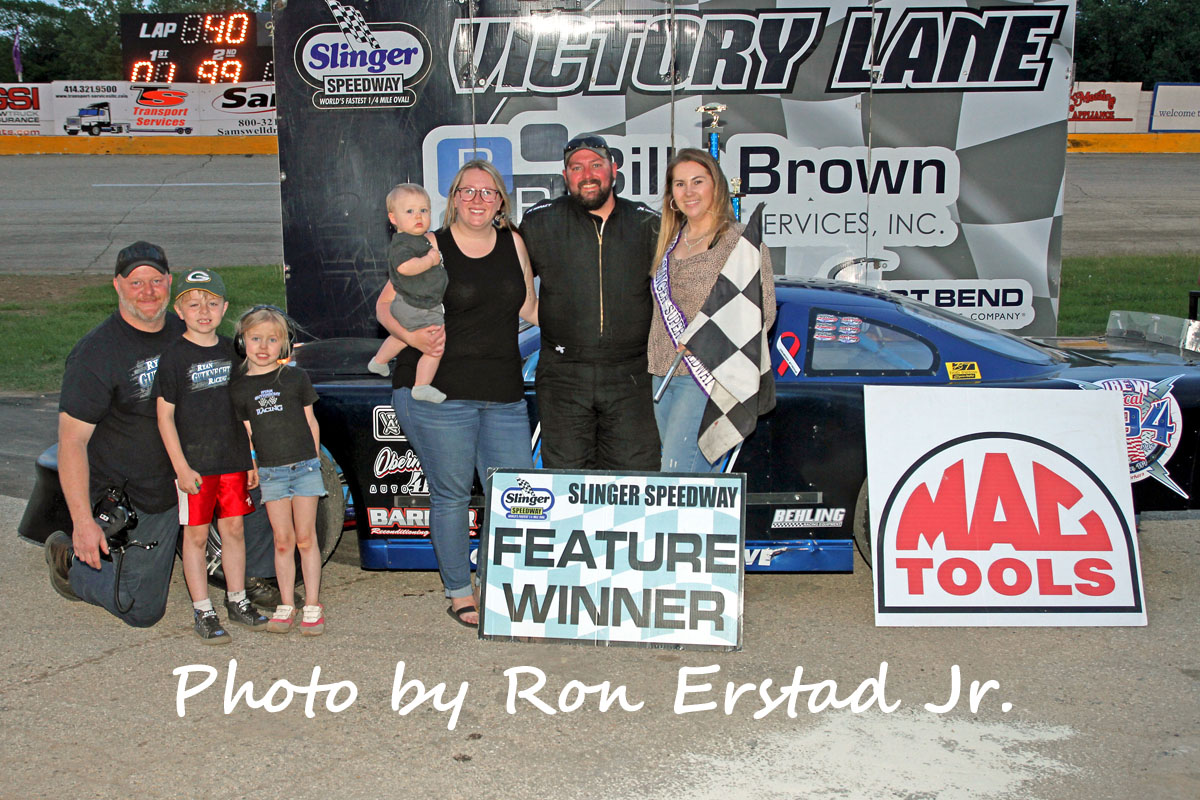 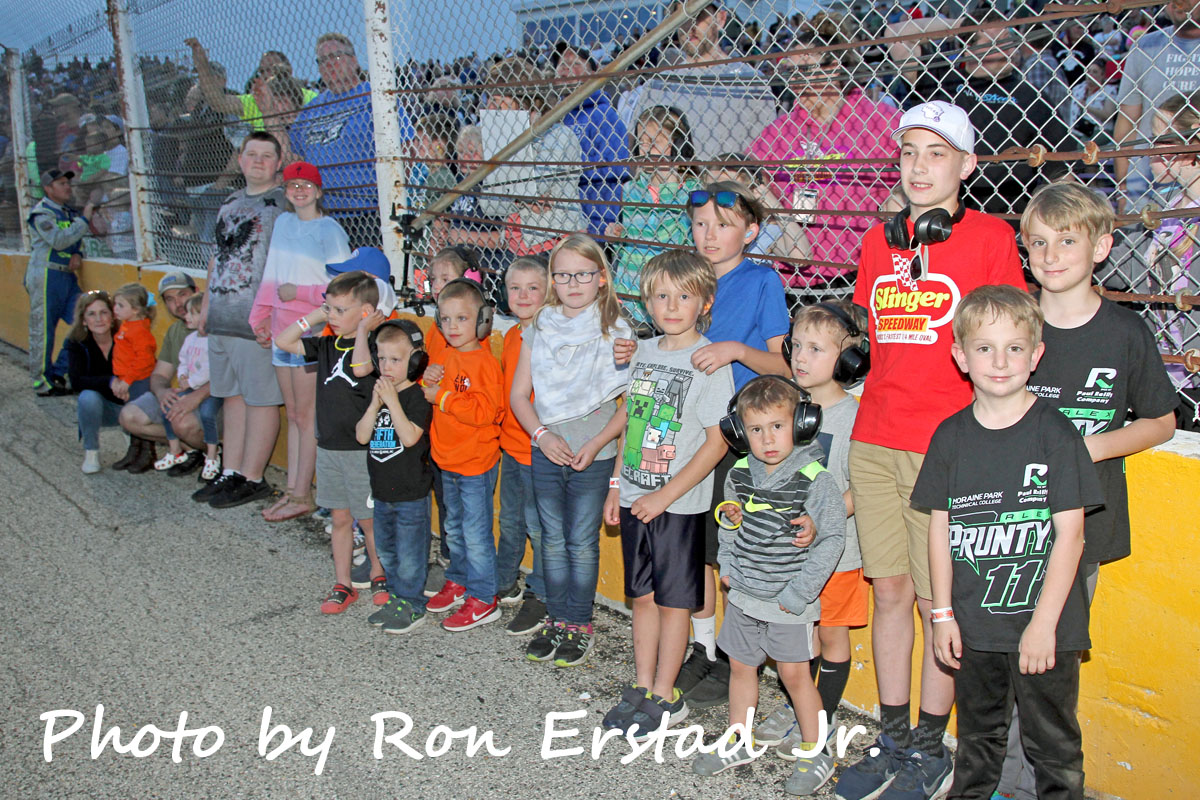 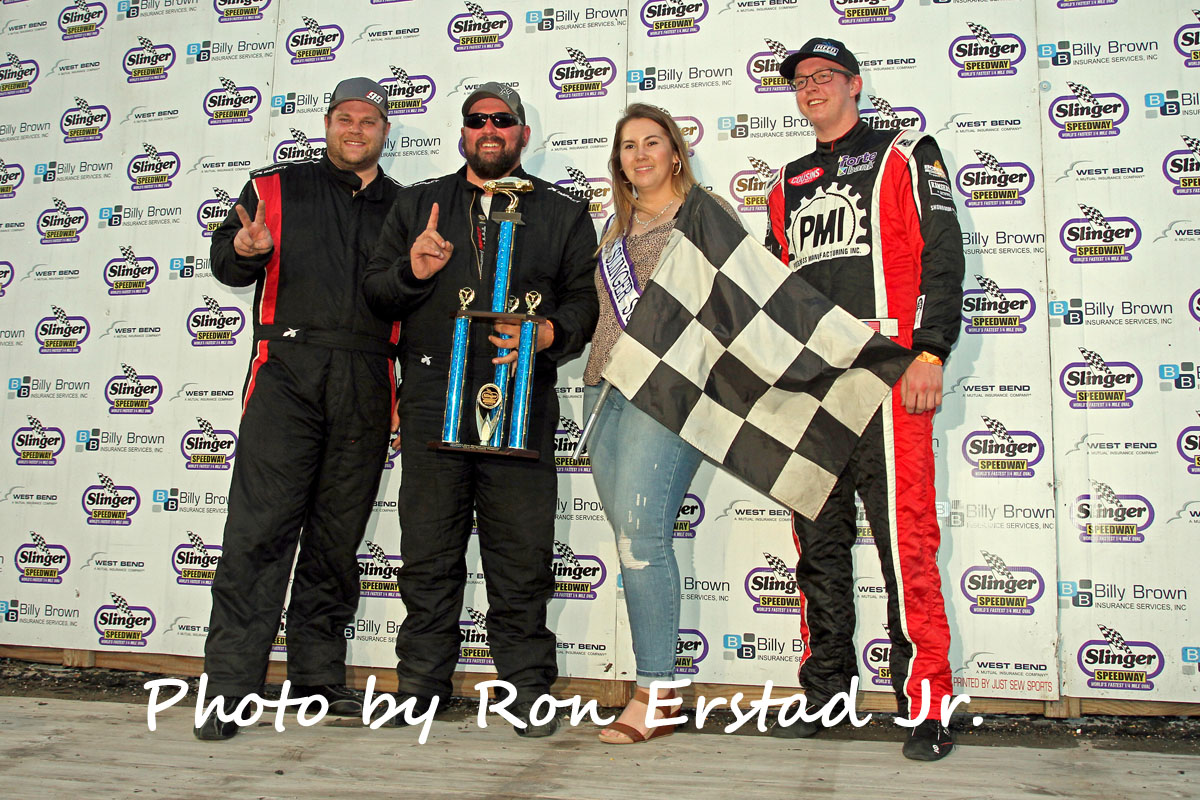 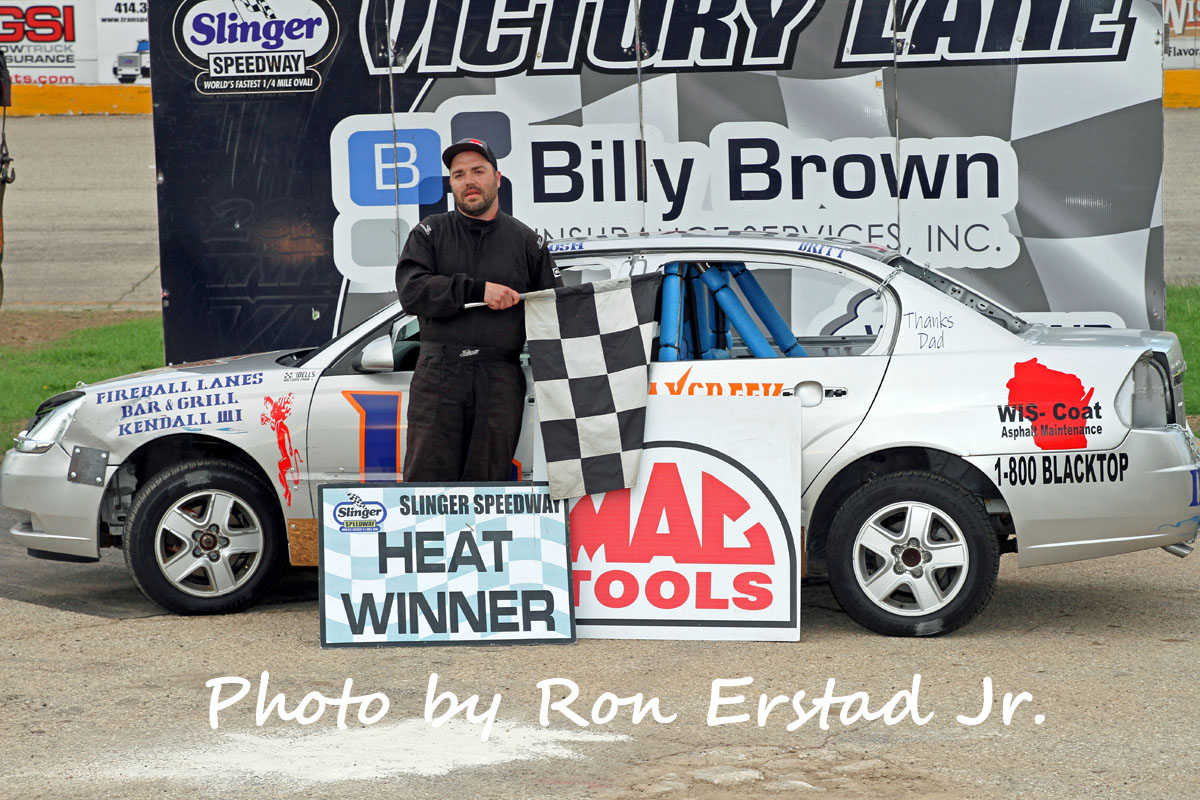 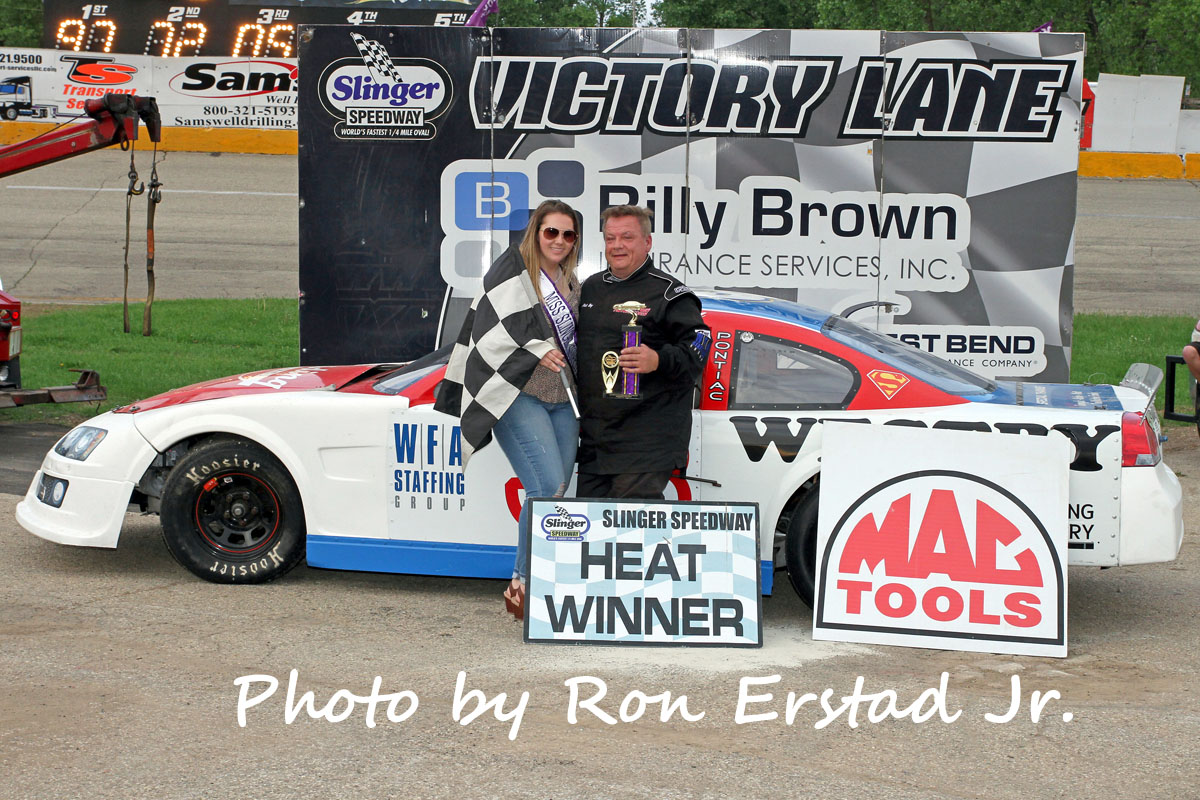 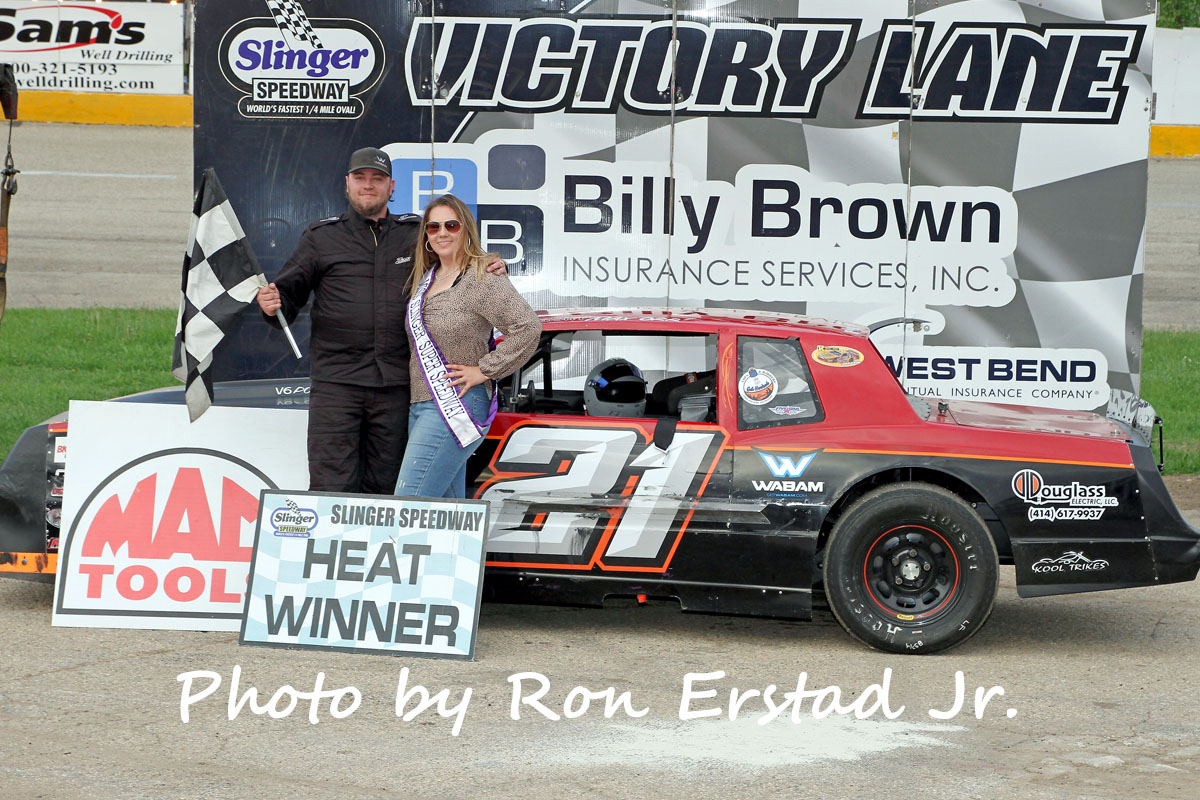 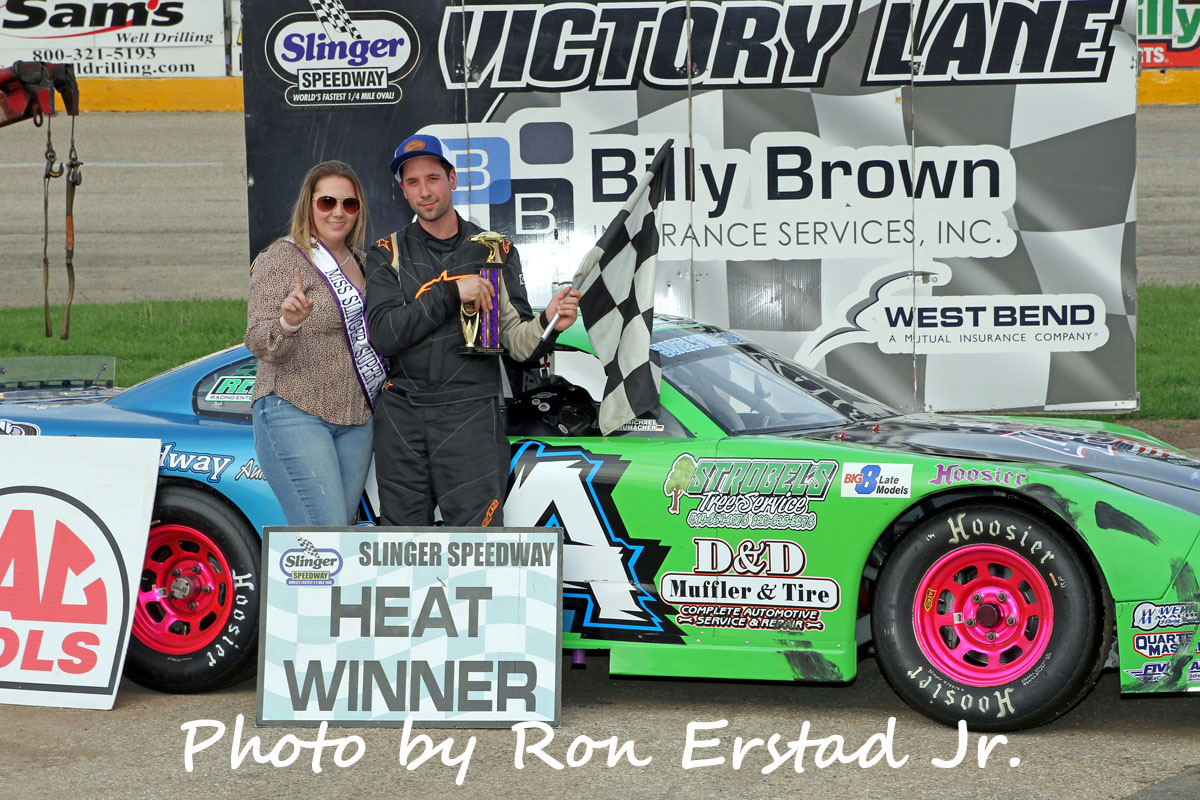 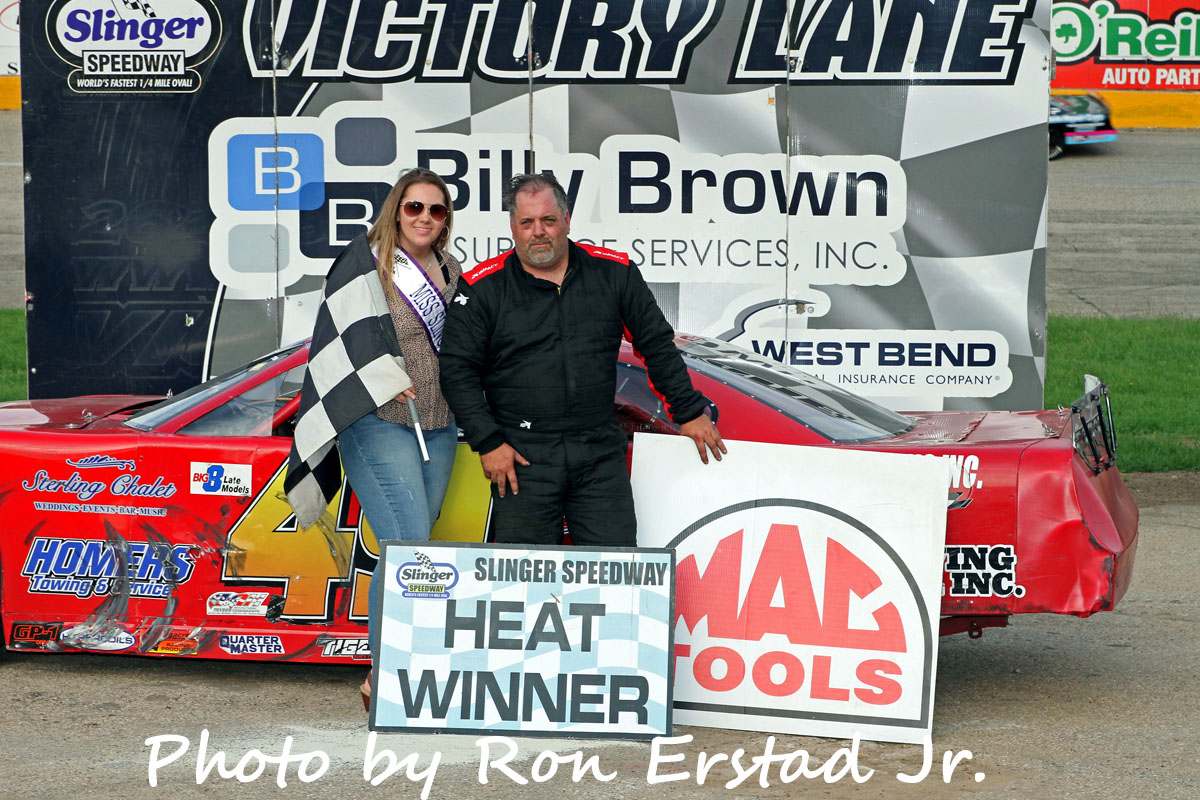 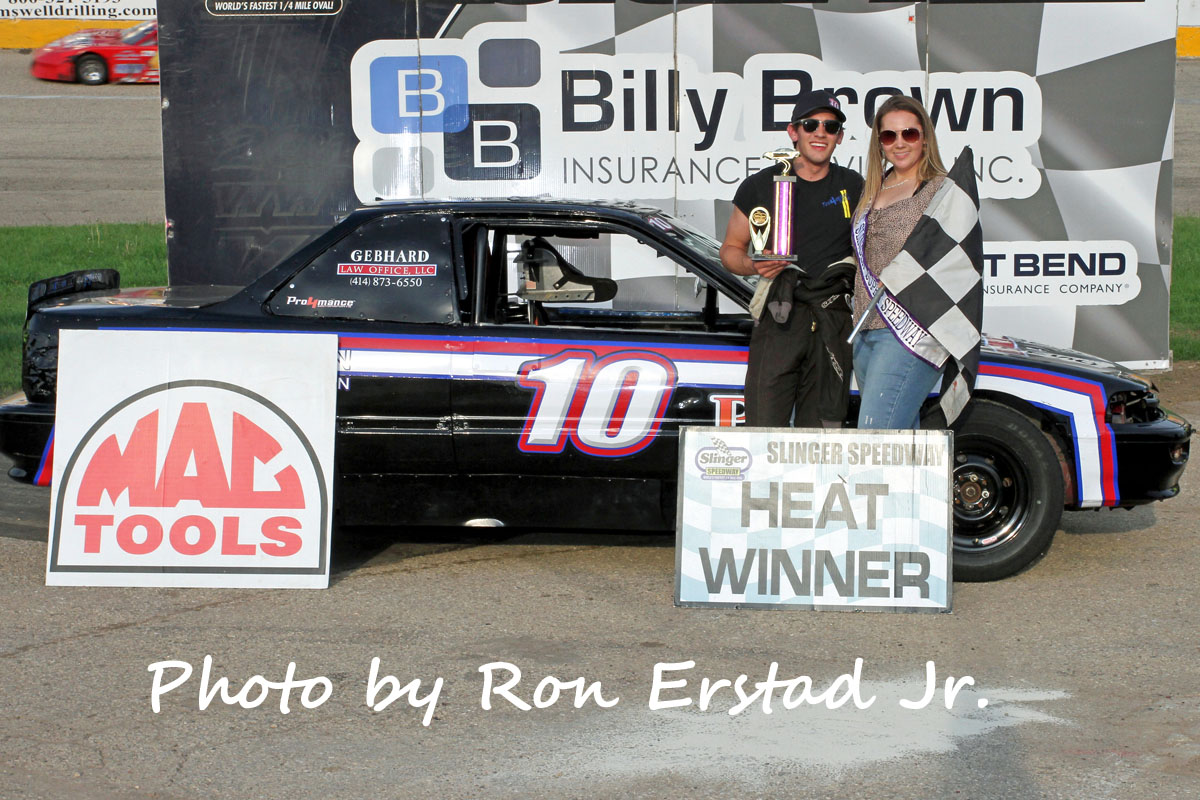 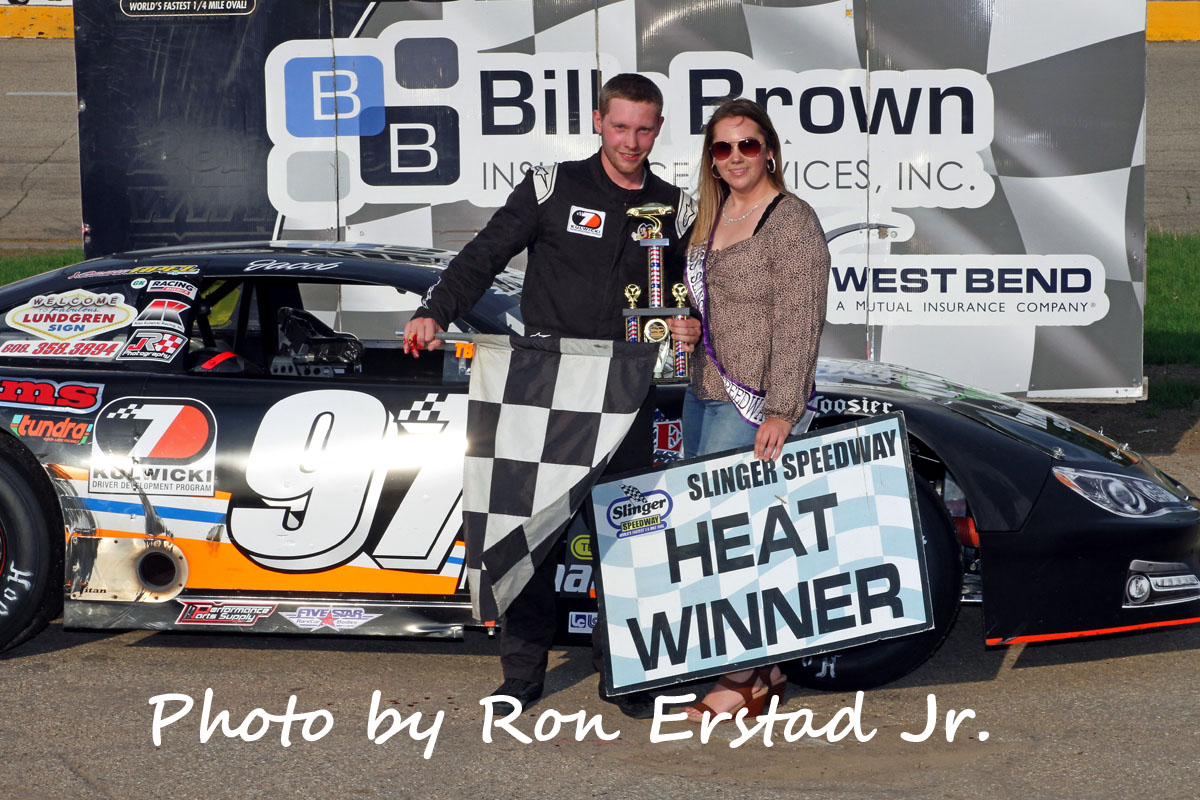 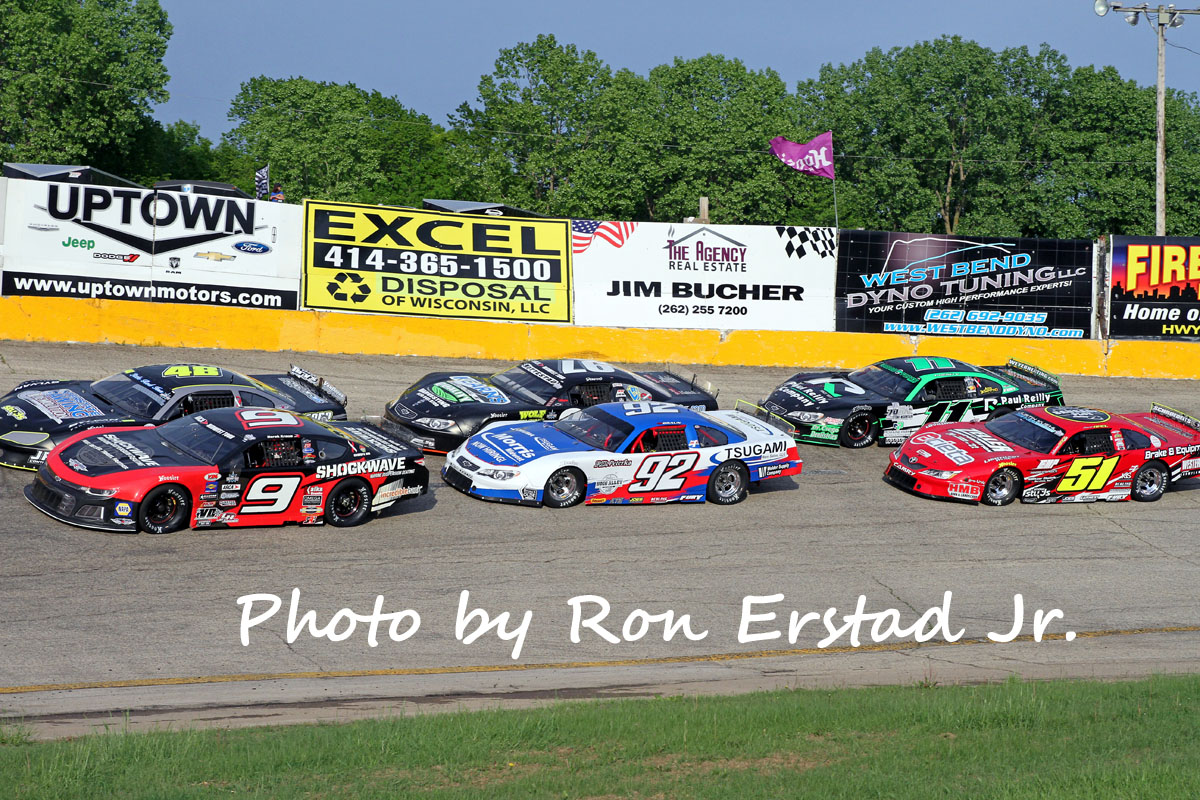 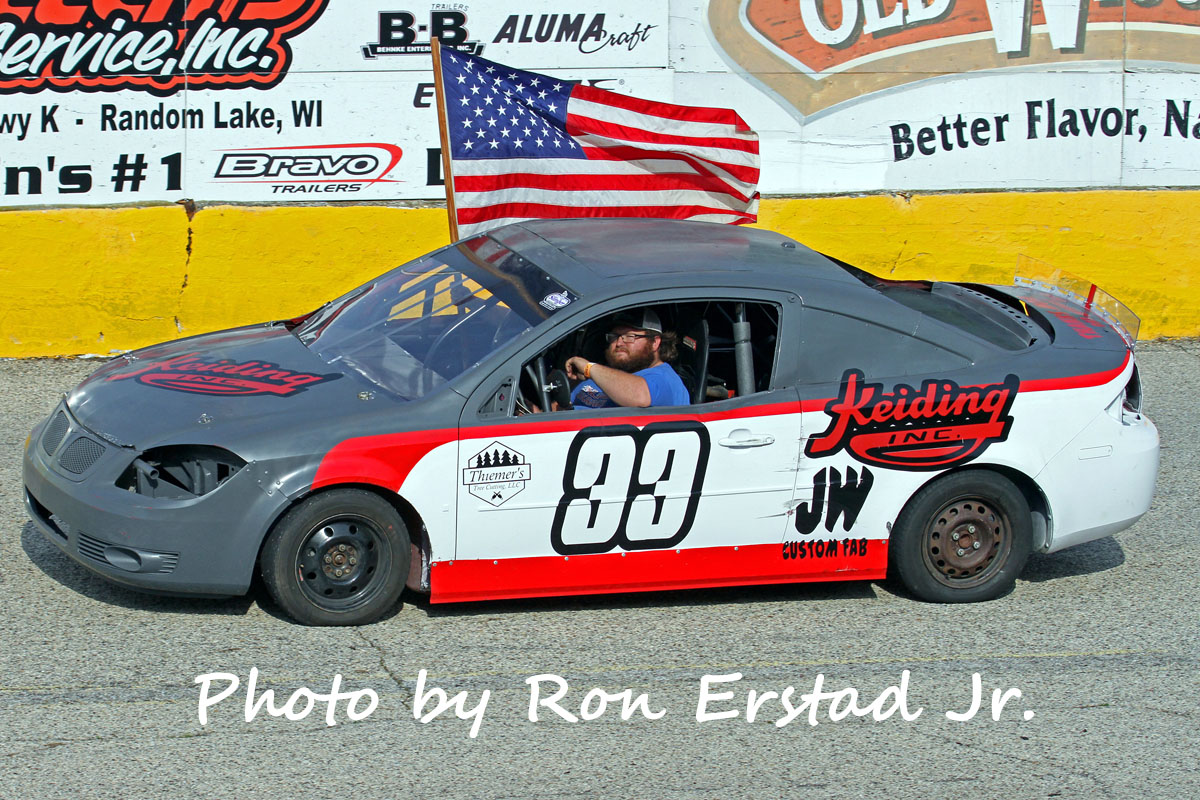 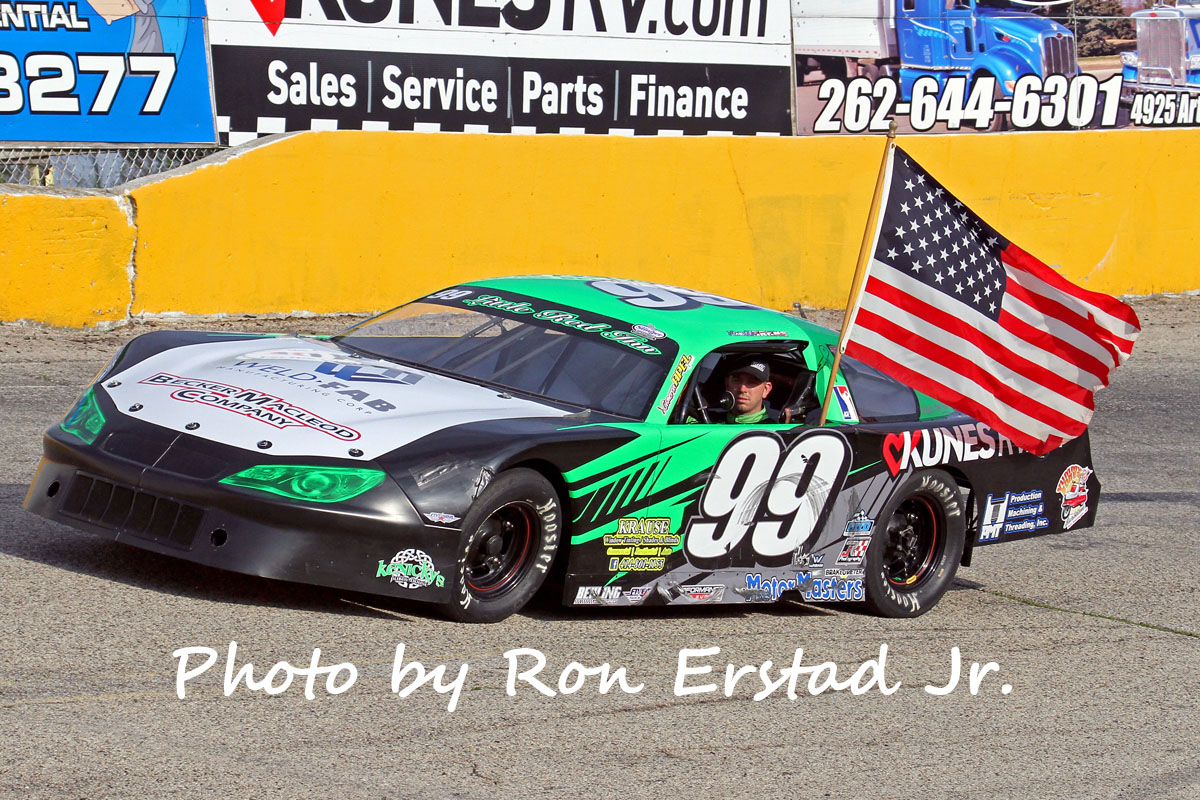 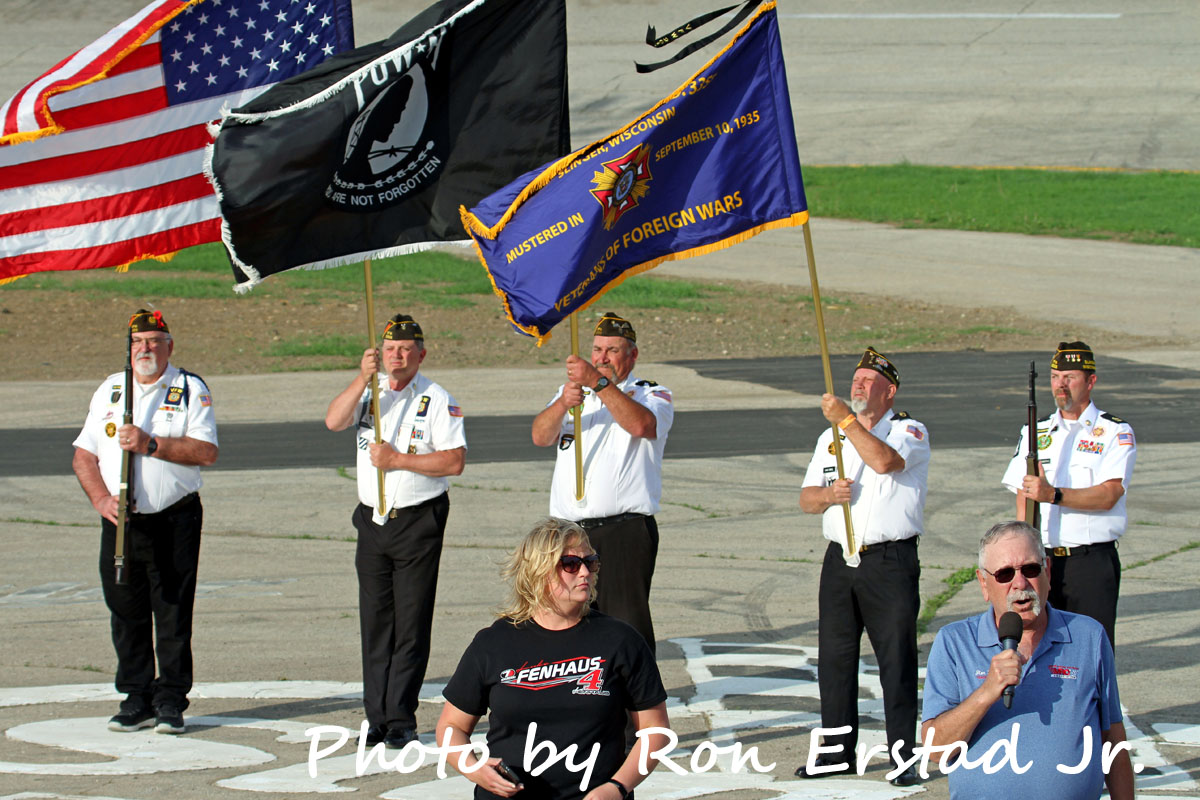 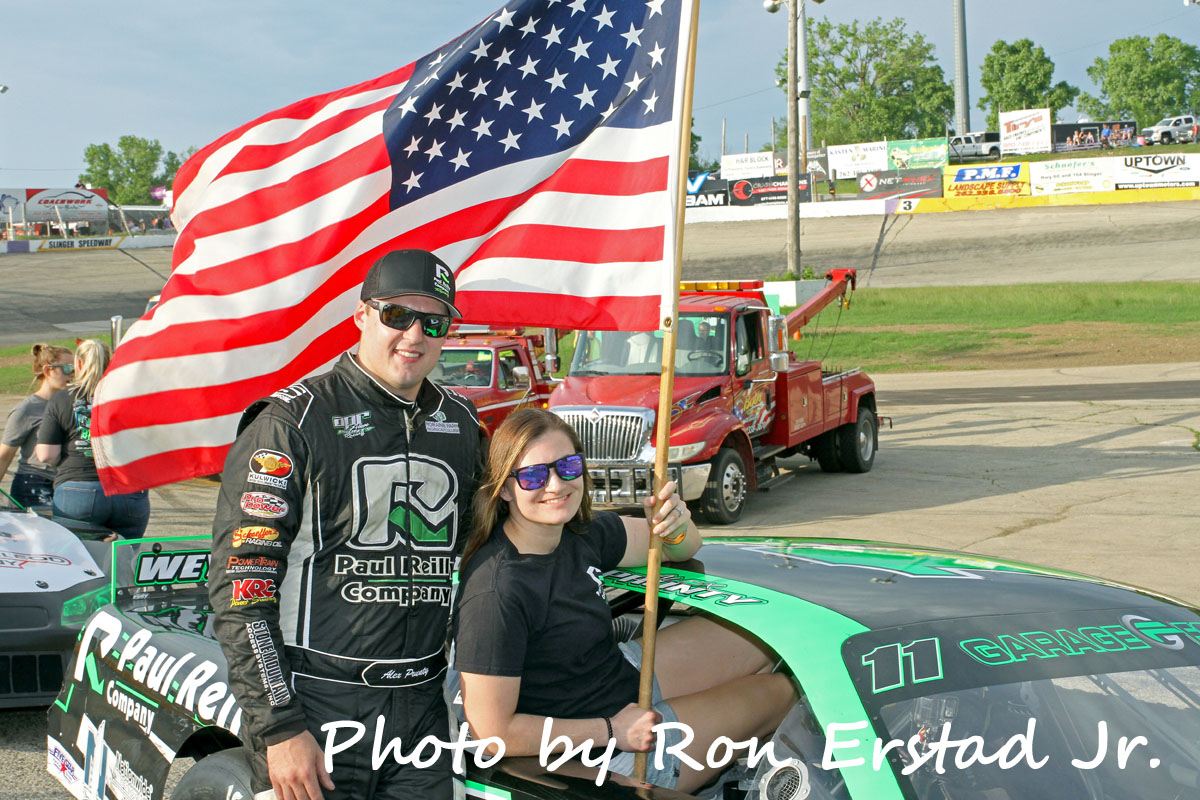 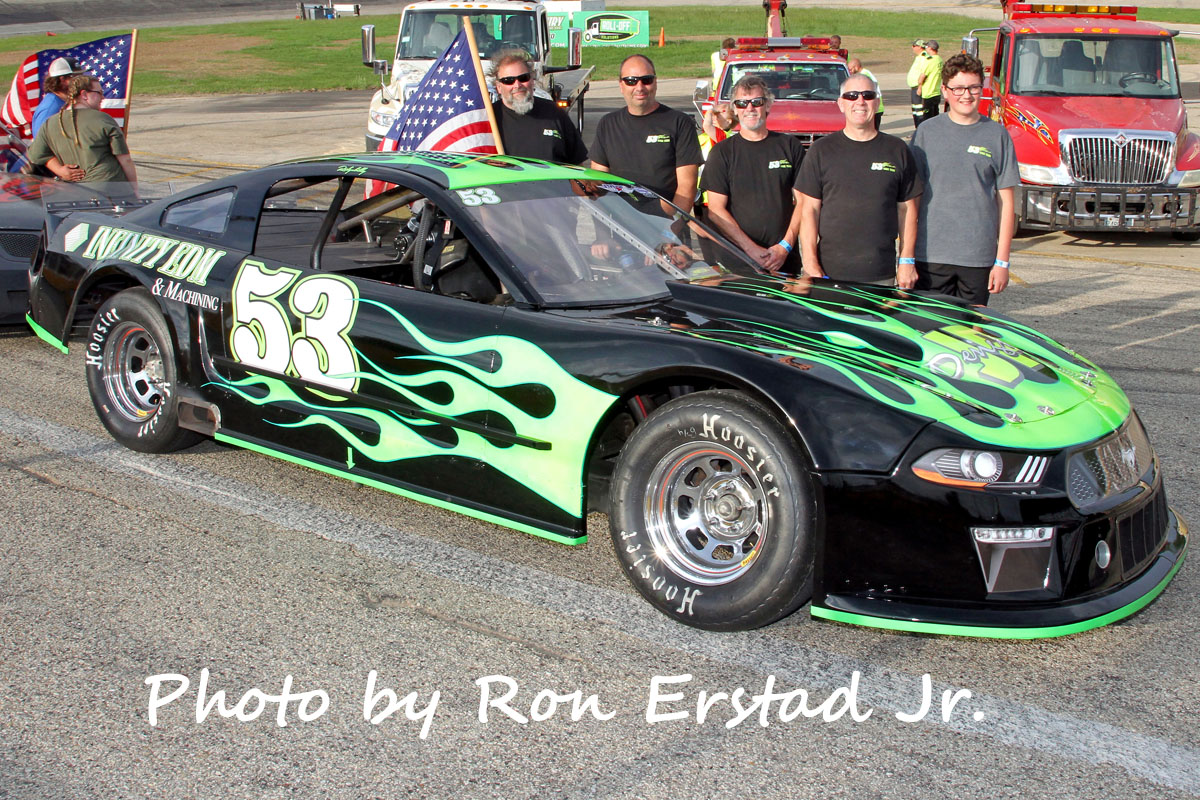