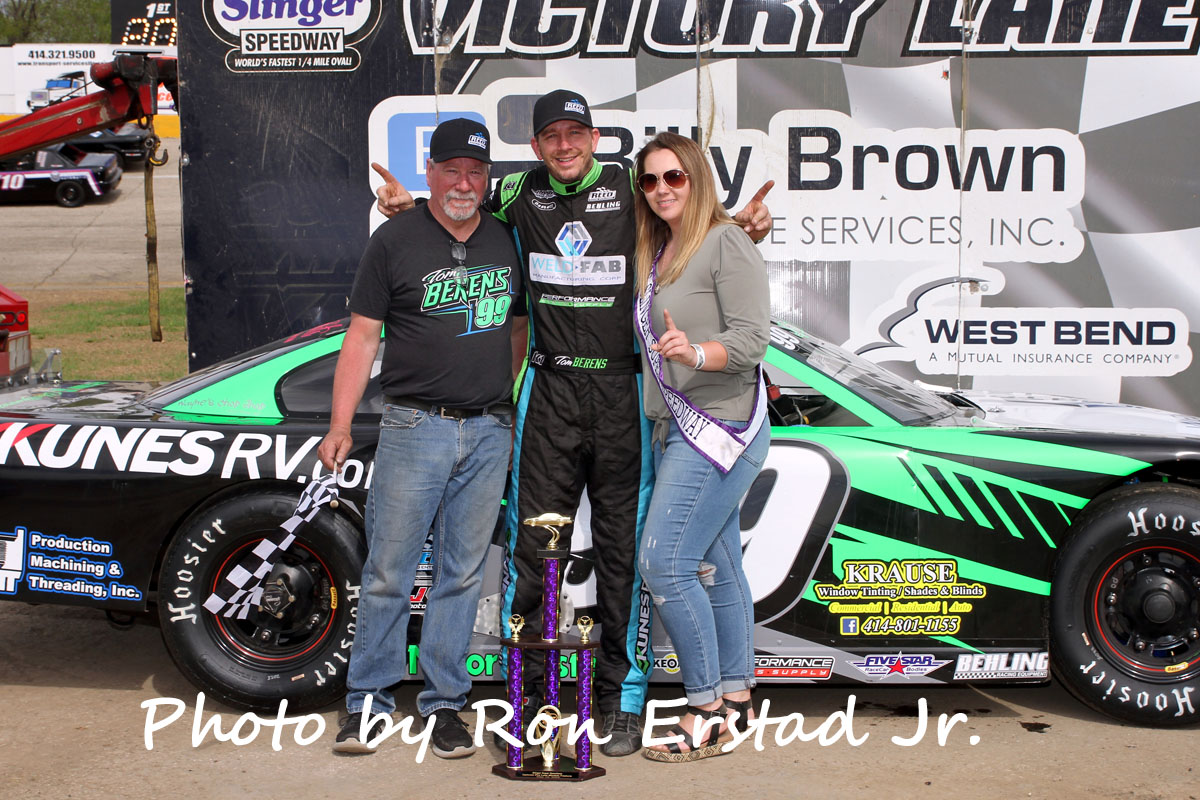 “Jeff (Holtz) gave me an awesome run and this one’s for my Mom,” an emotional Berens declared from victory lane as he dedicated the victory to his mother, Christine, who was a fixture every week at the speedway until she passed away a little over a month ago after courageously battling cancer. Berens graciously thanked his family, crew, and sponsors as he continued the celebration after shot-gunning a beer with his loyal fan club, The Section G Shotgunners who cheer the team on from Section G of the grandstands.

Holtz battled Berens side by side throughout the event before having to settle for second at the finish while Zach Prunty finished close behind the lead duo in third place. Zach Braun took the checkered flag in fourth place while Jerry Eckhardt completed the top five finishers in fifth. Tyler Hromadka finished sixth followed by Jacob Vanoskey and Billy Braun in seventh and eighth respectively. Del Schuler and Jeremy Bentz rounded out the top ten.

Tyler Hromadka and Jeff Holtz were the winners of the Uptown Pro Late Model heat races while Ryan Gutknecht was the fastest qualifier after completing a lap in 12.216 seconds.
Andrew Meyerhofer took advantage of an intense lead battle between Dale Lecus Jr. and Brian Holtz to slip by both of them late in the 35-lap sportsman feature and claim the victory. Lecus finished second just ahead of Holtz in third while Paul Wagner and Tom Elsinger Sr. rounded out the top five. Dave Teske and Ryan Sielaff were the winners of the sportsman heat races and Brian Holtz set fast time with a lap in 12.798 seconds.

Ayrton Brockhouse drove to the victory in the 15-lap Johnson and Sons Paving Bandolero feature, taking the win ahead of Alex Hartwig and Lincoln Cain. Axel Oldenhoff finished fourth and Jayden Johnson was fifth. Mark Anderson and Ayrton Brockhouse were the winners of the Bandolero heat races while Alex Hartwig was the fastest qualifier after completing a lap in 14.620 seconds.

Scott Goetzke won the Figure 8 race to close out the afternoon after leader Ryan Lovald connected heavily with Bill Shavlik in the “X” to bring an early end to the event. Both drivers emerged from the mishap uninjured. 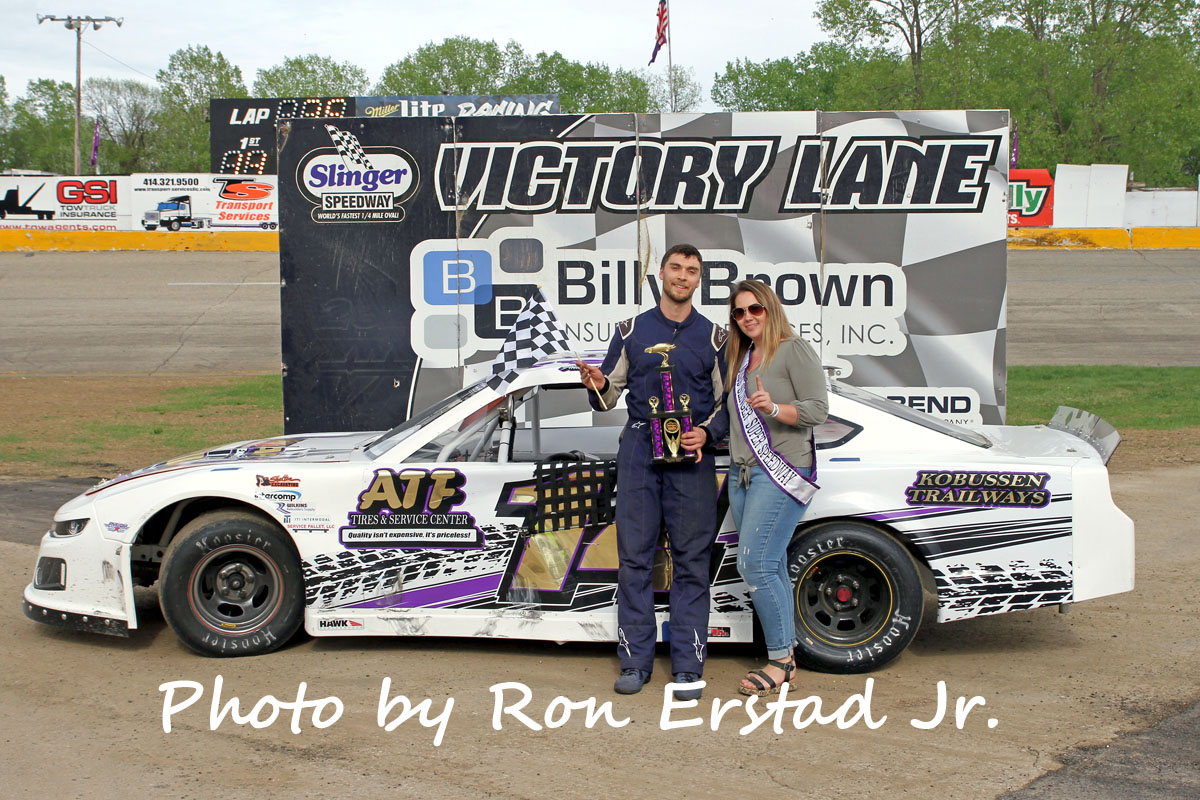 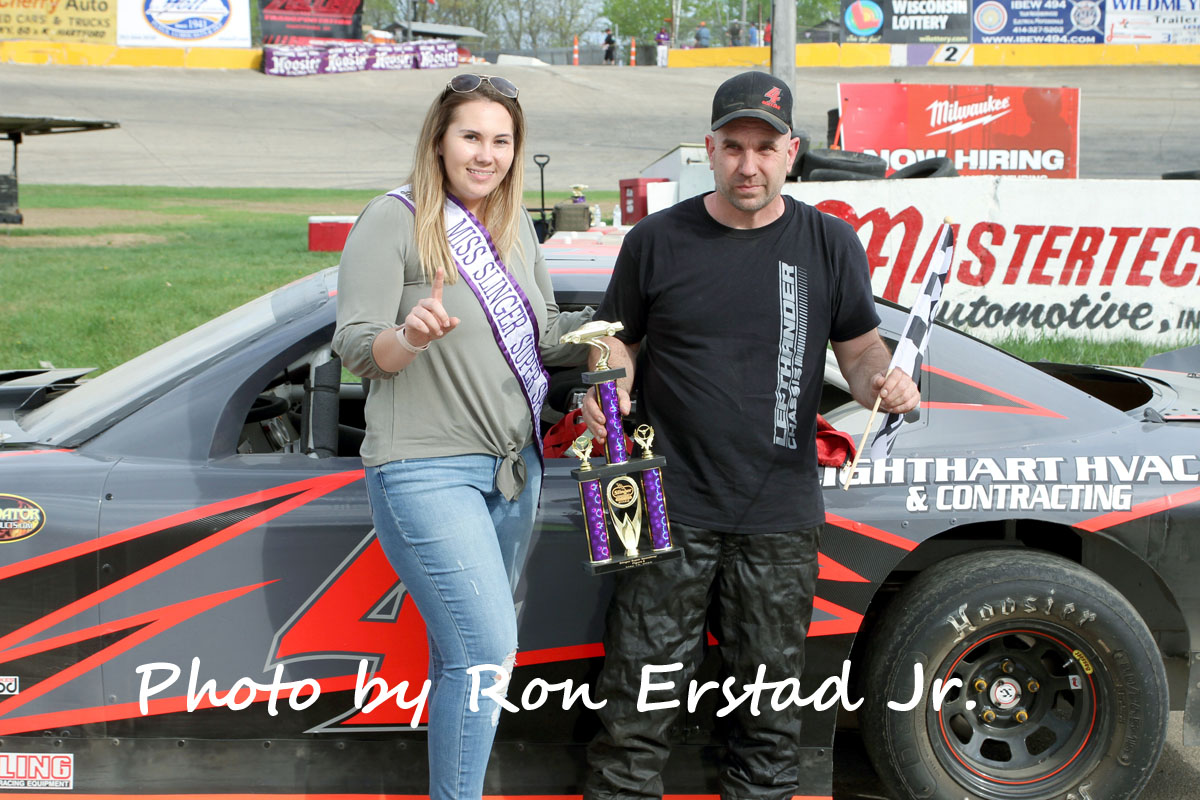 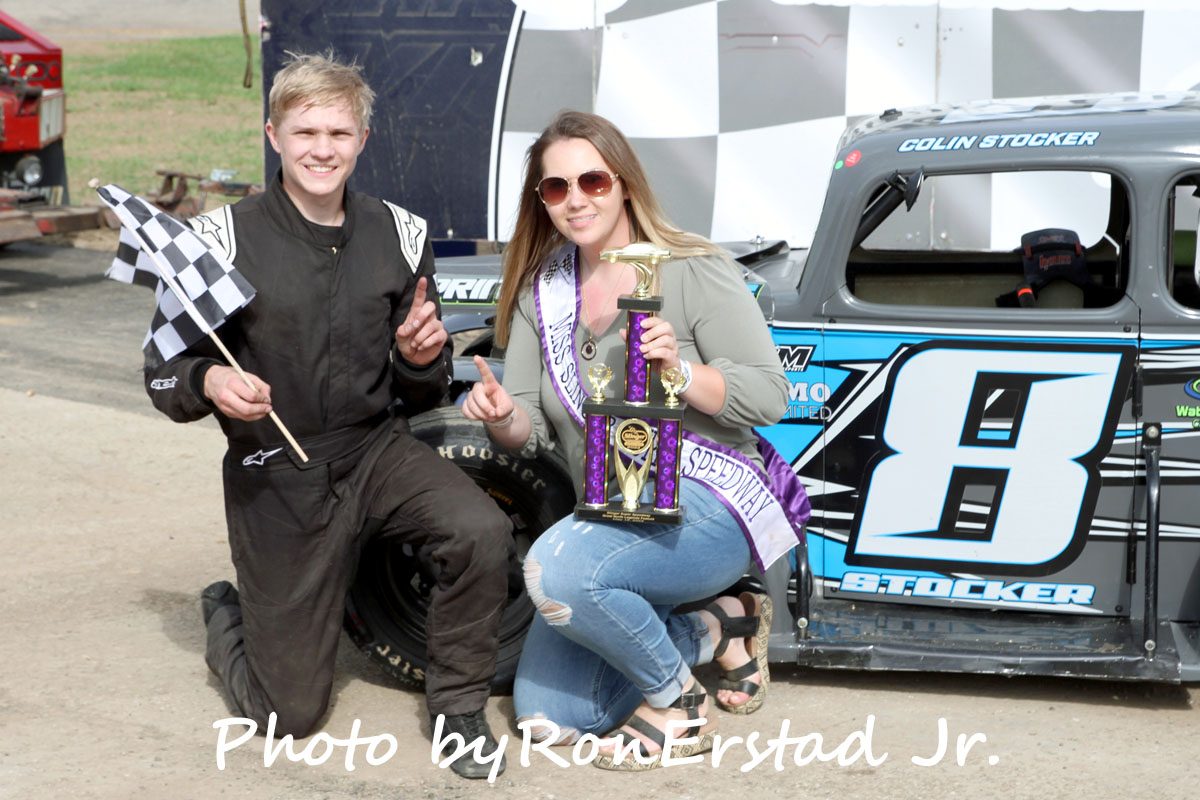 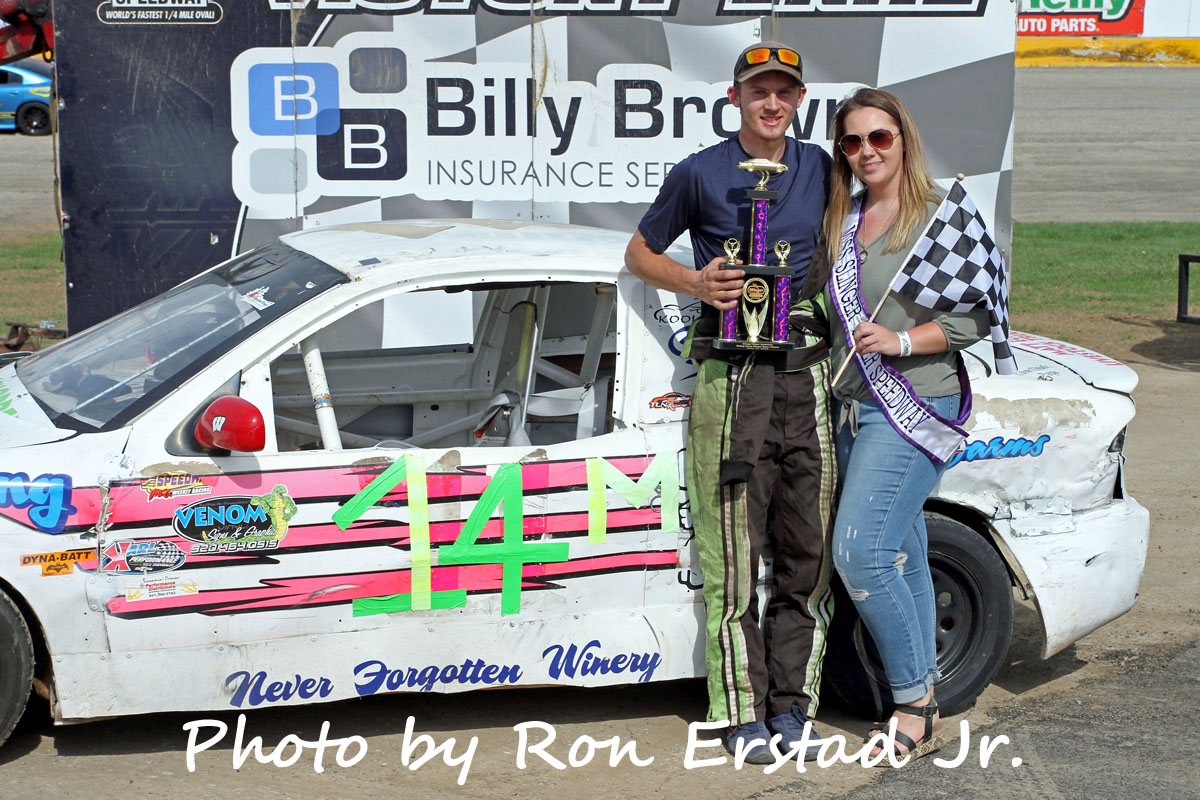 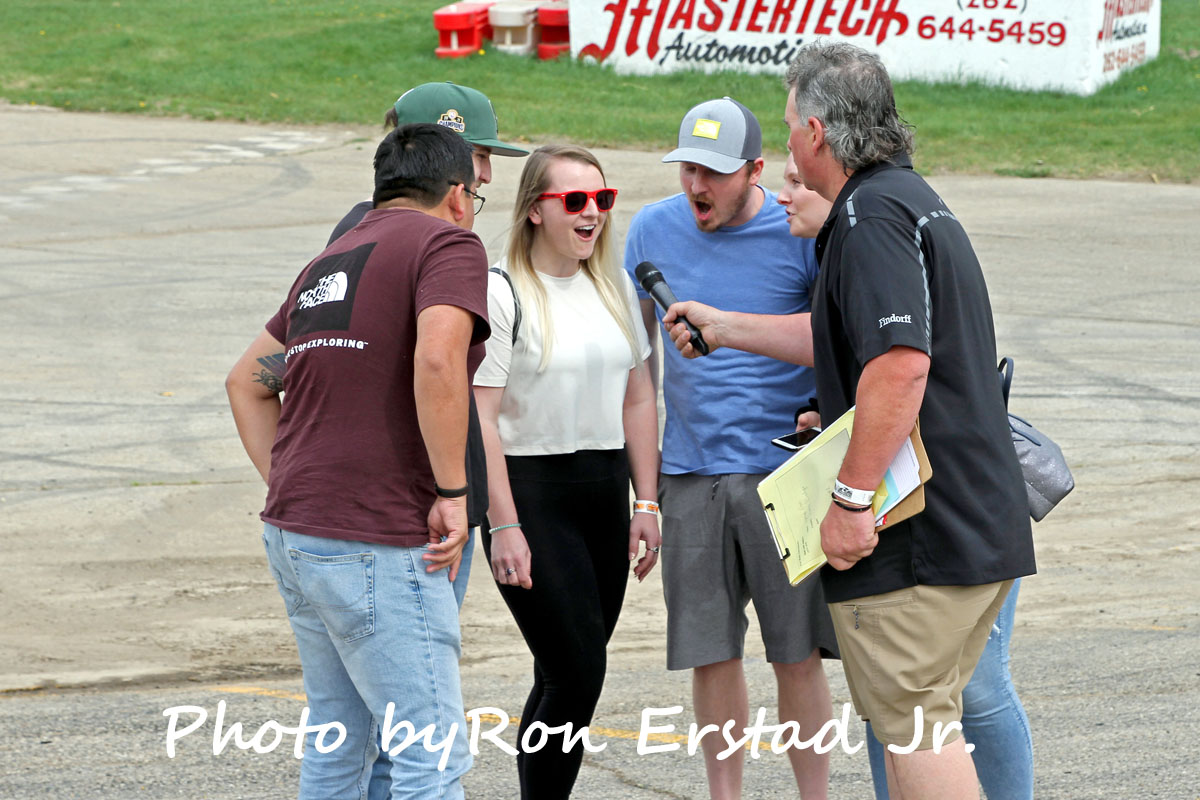 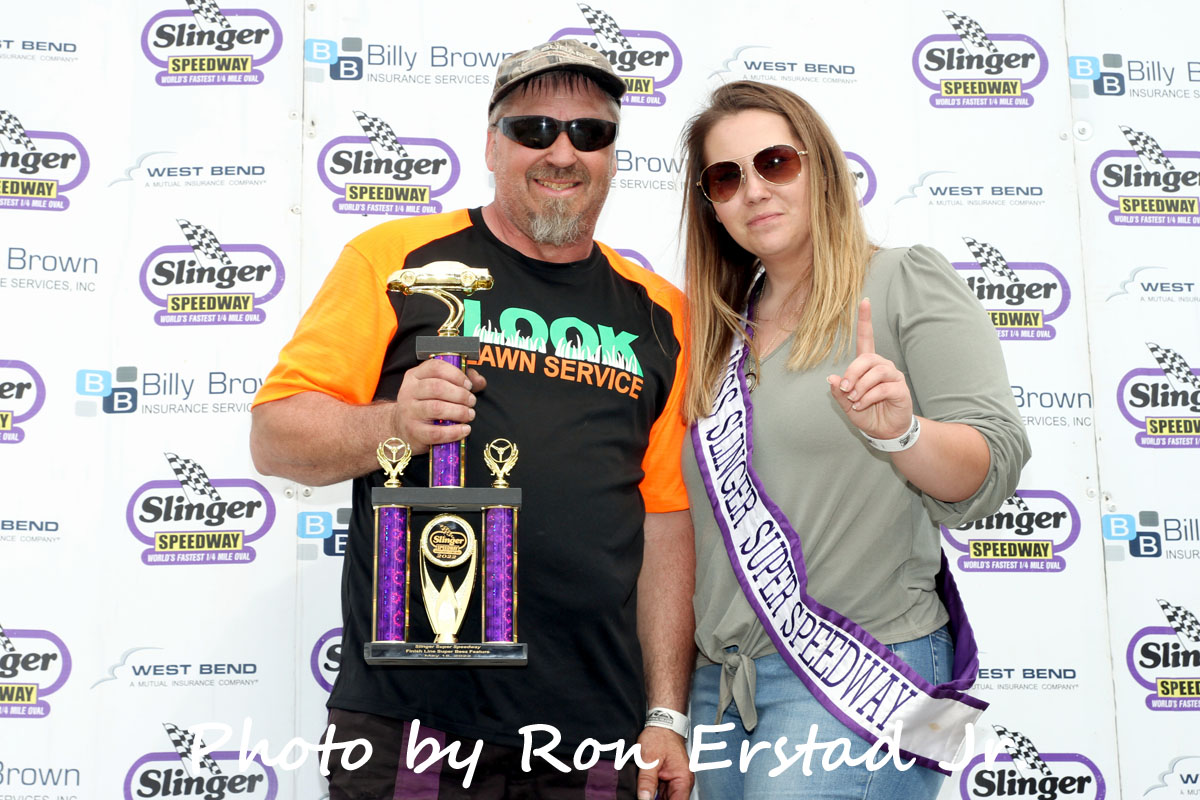 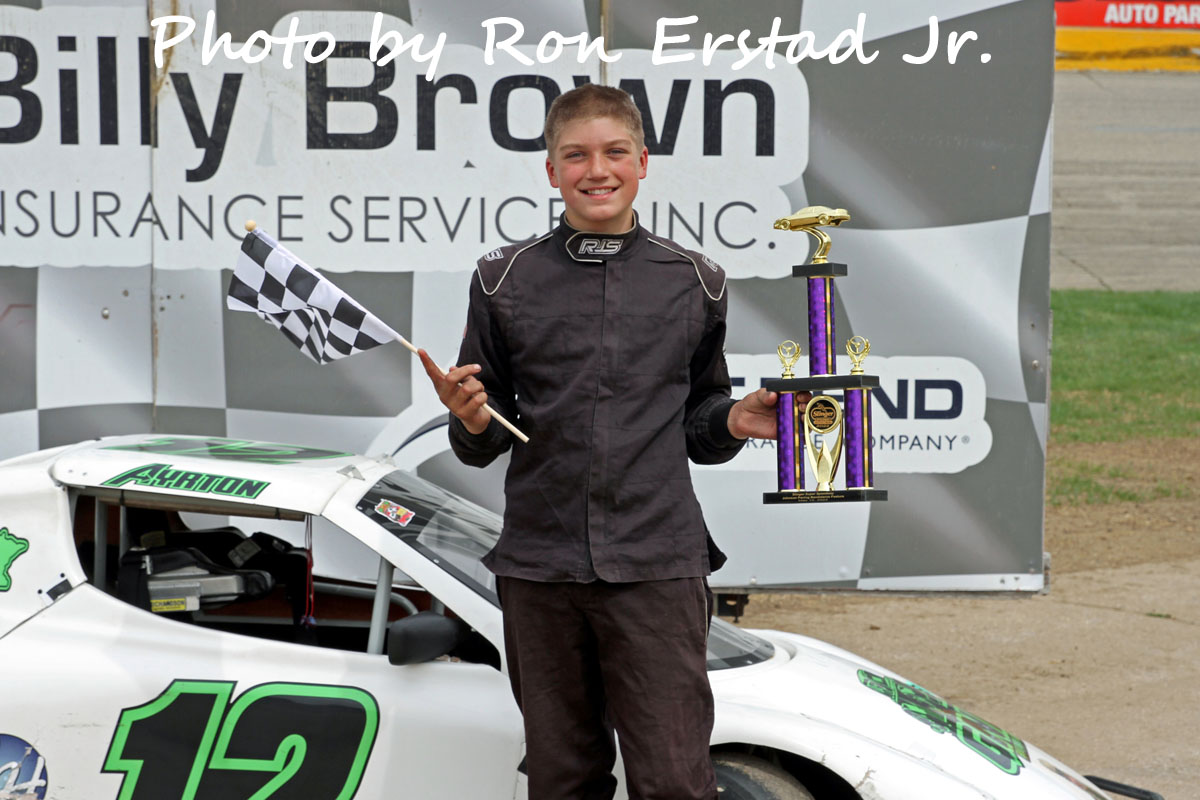 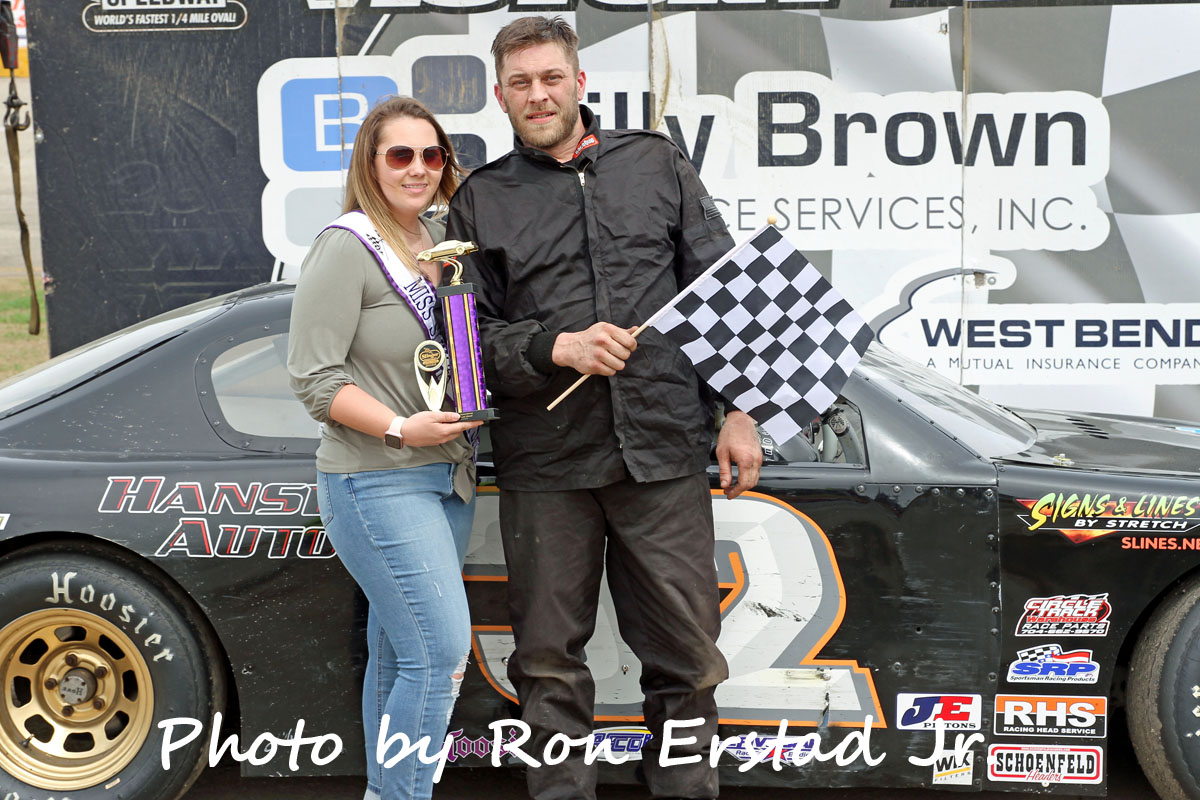 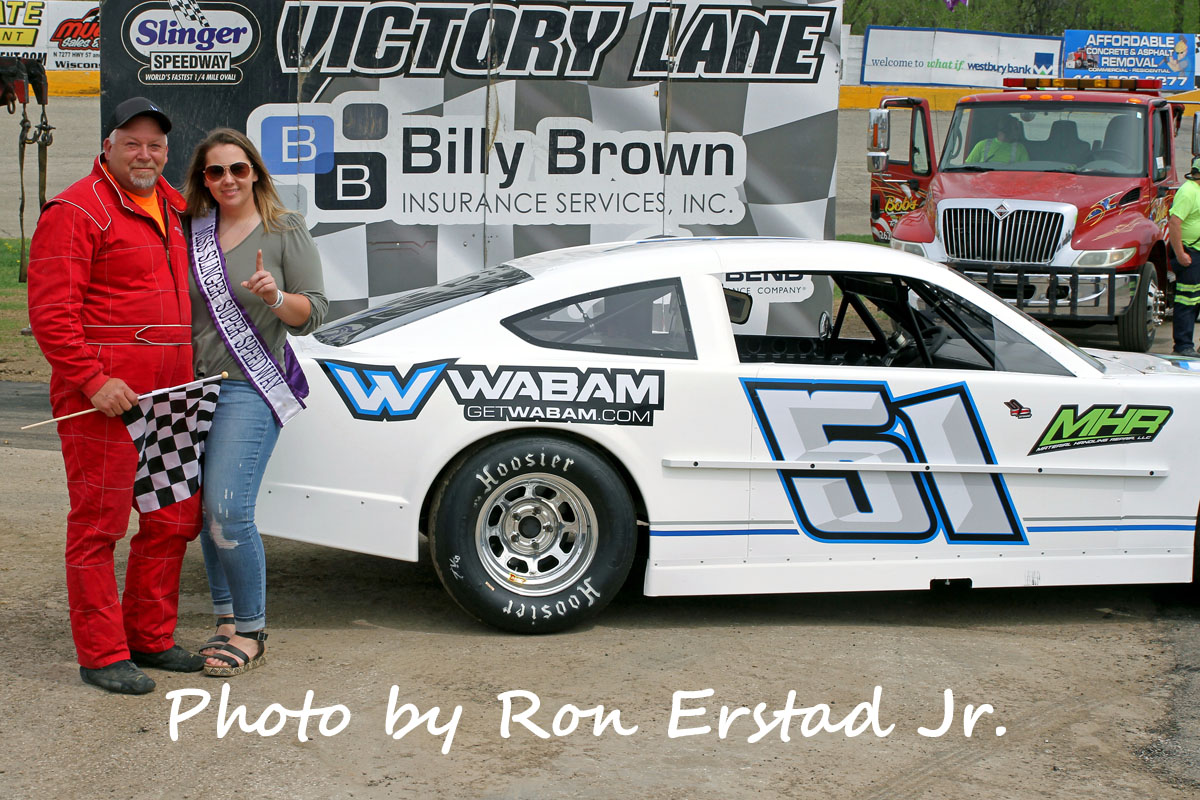 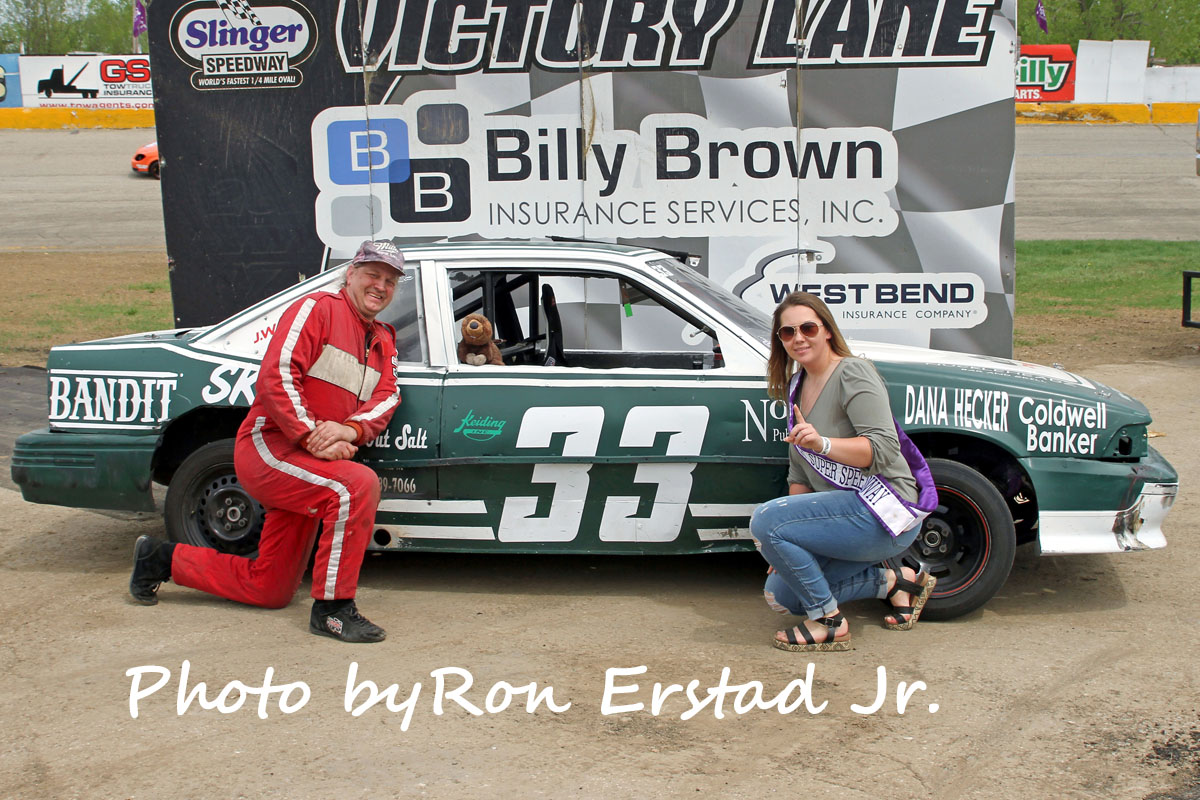 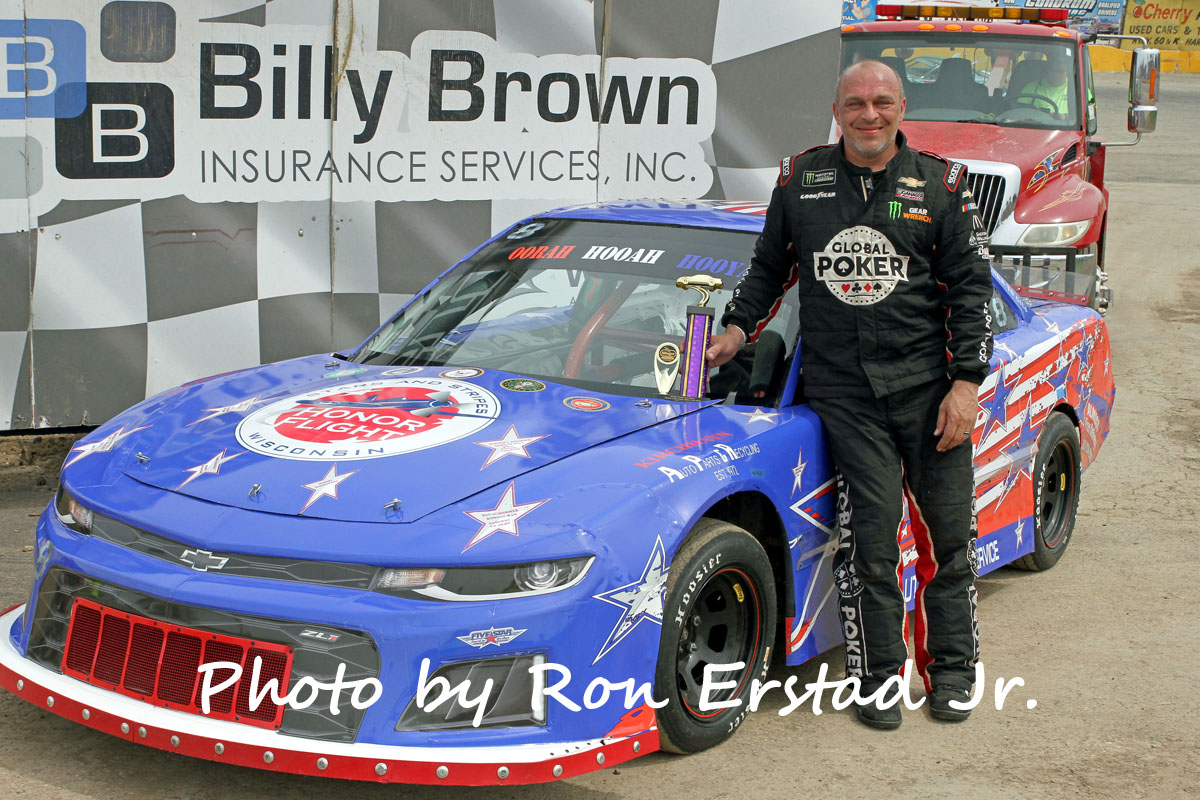 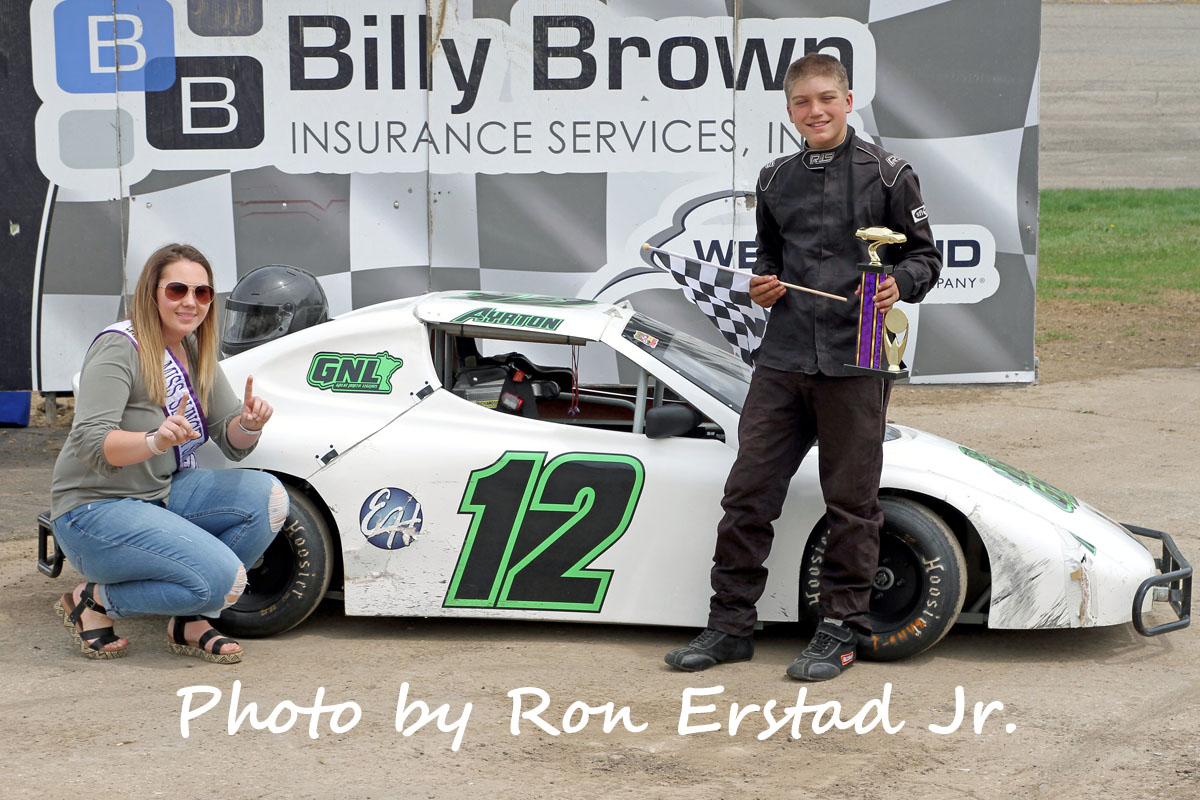 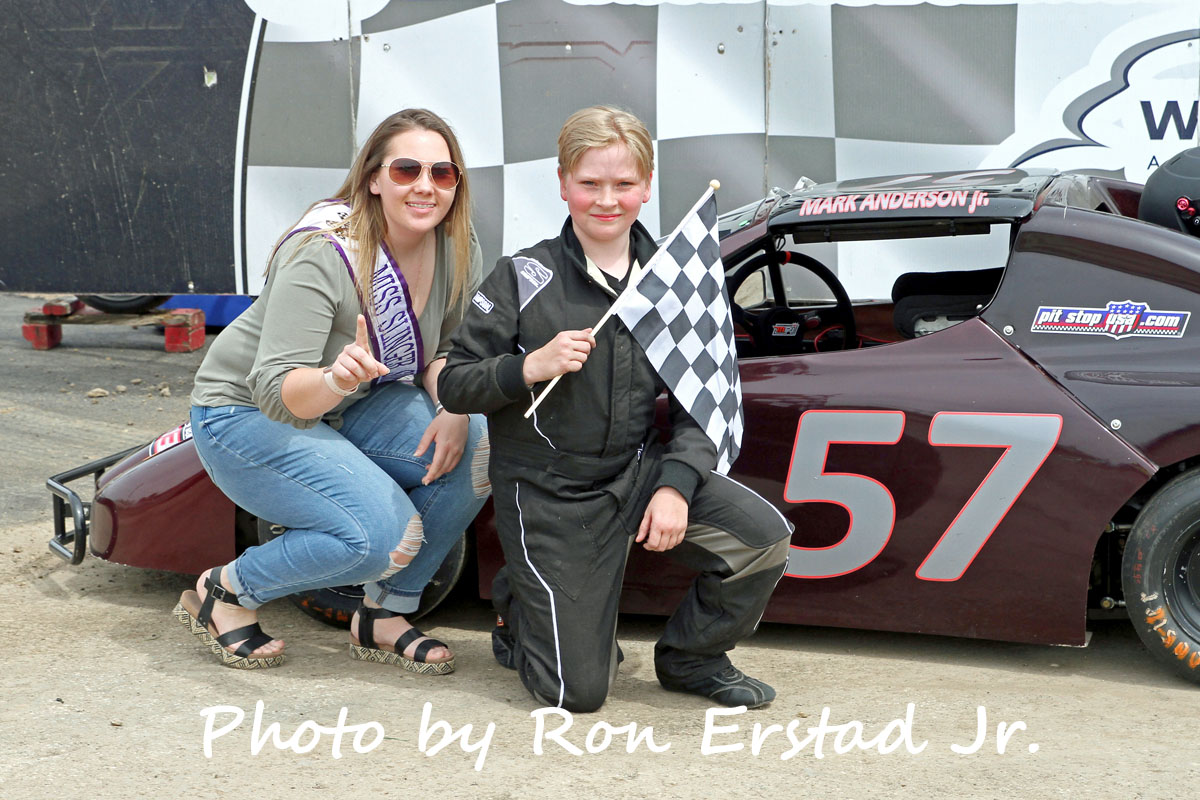 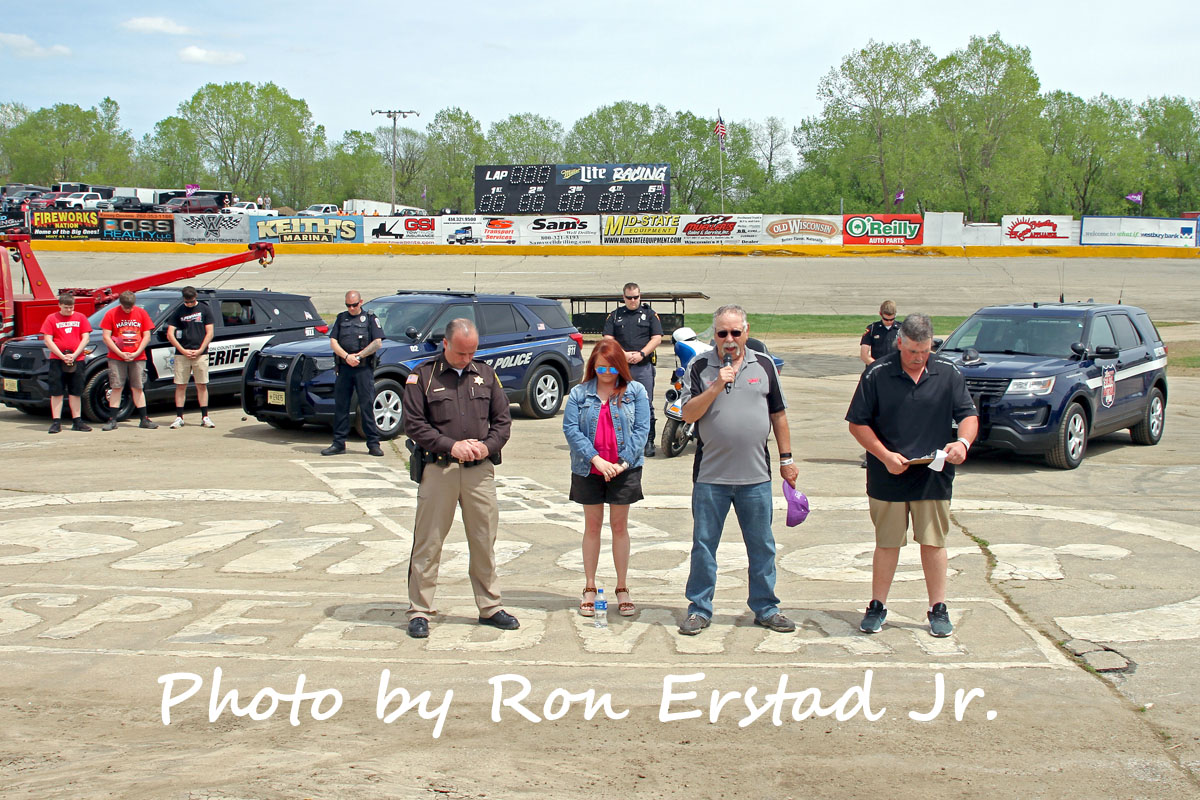