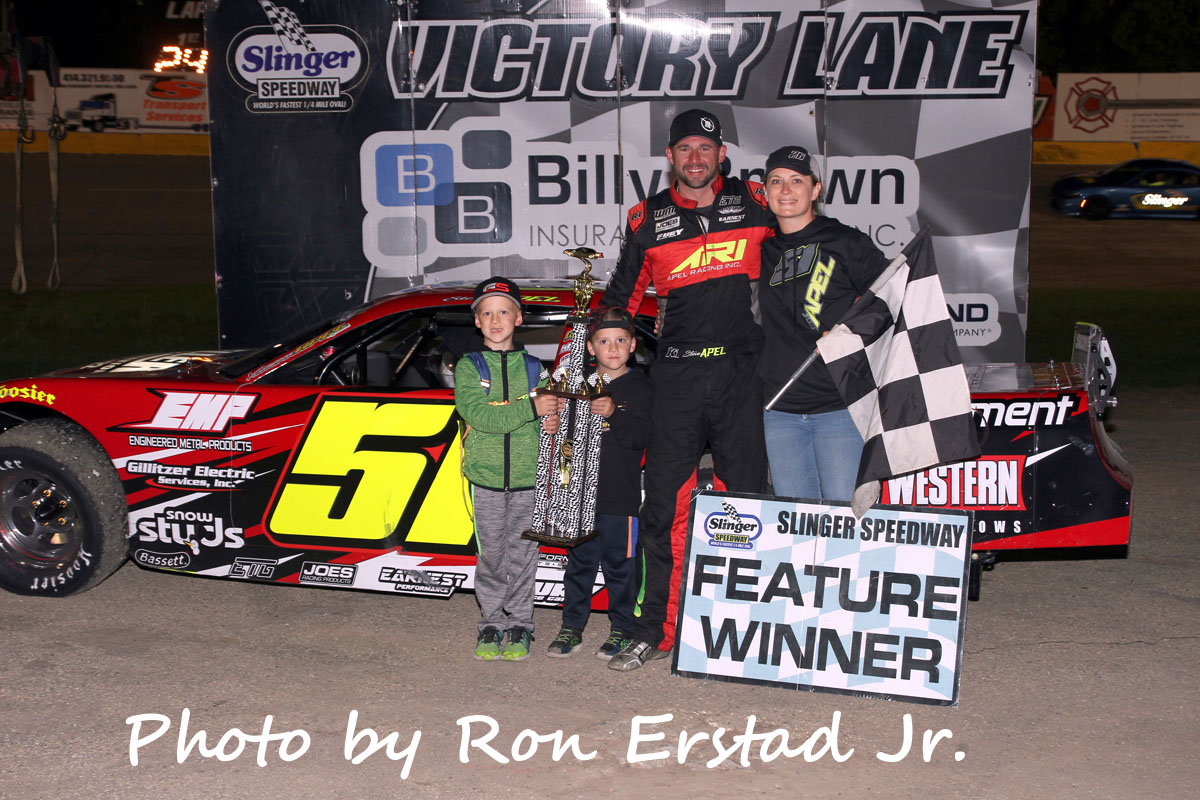 Slinger, Wis., June 12— While Steve Apel has been to victory lane at the Slinger Speedway numerous times in the past, Sunday night’s win in the Elite Eight Super Late Model Series Keith’s Marina Race Against Cancer 75 was special considering what the five-time track champion’s family has been through recently.

During the off-season it was discovered Apel’s six-year-old son, Cameron, needed a bone marrow transplant and his four-year-old brother, Harrison, was a perfect match. Cameron received the life-saving bone marrow transplant in April and both he and Harrison were at the speedway Sunday night and were able to take part in the celebration.

“It’s so good to be back with my kids and I can’t put into words what we’ve been through in these last two months,” an emotional Apel stated from victory lane, “These kids are the reason we get up every morning, they’re brave, they’re strong, and they are my heroes.”

“When we were in the hospital for a month there, Cam kept asking when we could go back to the racetrack,” Apel continued, “We didn’t know if we would be back at all this year and he’s done such an awesome job going through all the stuff that he has gone through. With the bravery that a six-year-old and a four-year-old showed, a lot of people look up to different people as heroes, and I’m raising two of them.”

Apel’s victory was in dominating fashion as he raced to a sizeable lead after taking command from early leader Ryan DeStefano and then held off Alex Prunty on a late restart to capture the win. Prunty finished a strong second just ahead of R.J. Braun in third while Dennis Prunty overcame an early spin and a late race bobble to finish fourth. Jacob Nottestad took the checkered flag in fifth place while Brad Keith finished sixth. Ryan DeStefano found himself in the wrong place at the wrong time during Dennis Prunty’s late race hiccup and finished seventh after racing with the leaders the entire event. Nick Egan finished eighth followed by Jerry Mueller and Brad Mueller in ninth and tenth respectively.

Braden Berge took the checkered flag first in the 40-lap Uptown Pro Late Model feature after turning in a thrilling run in the outside groove however an issue in post-race technical inspection resulted in a disqualification resulting in second place finisher Ryan Gutknecht being credited with the victory over Jesse Bernhagen and Jeff Holtz. Zach Prunty and Tyler Hromadka were fourth and fifth respectively. Pro Late Model heat races were won by Brad Hetzel and Jack Stern while Ryan Craine was the fastest qualifier with a lap time of 12.139 seconds.

Paul Wagner edged Dale Lecus Jr. to cross the finish line first in the 35-lap Sportsman feature however an issue in post-race technical inspection resulted in a disqualification. Lecus Jr. was credited with the victory over Alex Lopacinski and Andrew Meyerhofer. Brian Holtz finished fourth and Brandon Tackes was fifth. Dale Lecus Jr. also won a Sportsman heat race while Dan Calhoun was the winner of the other Sportsman heat event. Paul Wagner was the fastest qualifier with a lap time of 12.774 seconds.

Nick Ostberg won the 10-lap Figure 8 event over Rick Bruskiewicz and Ryan Lovald to close out the evening. 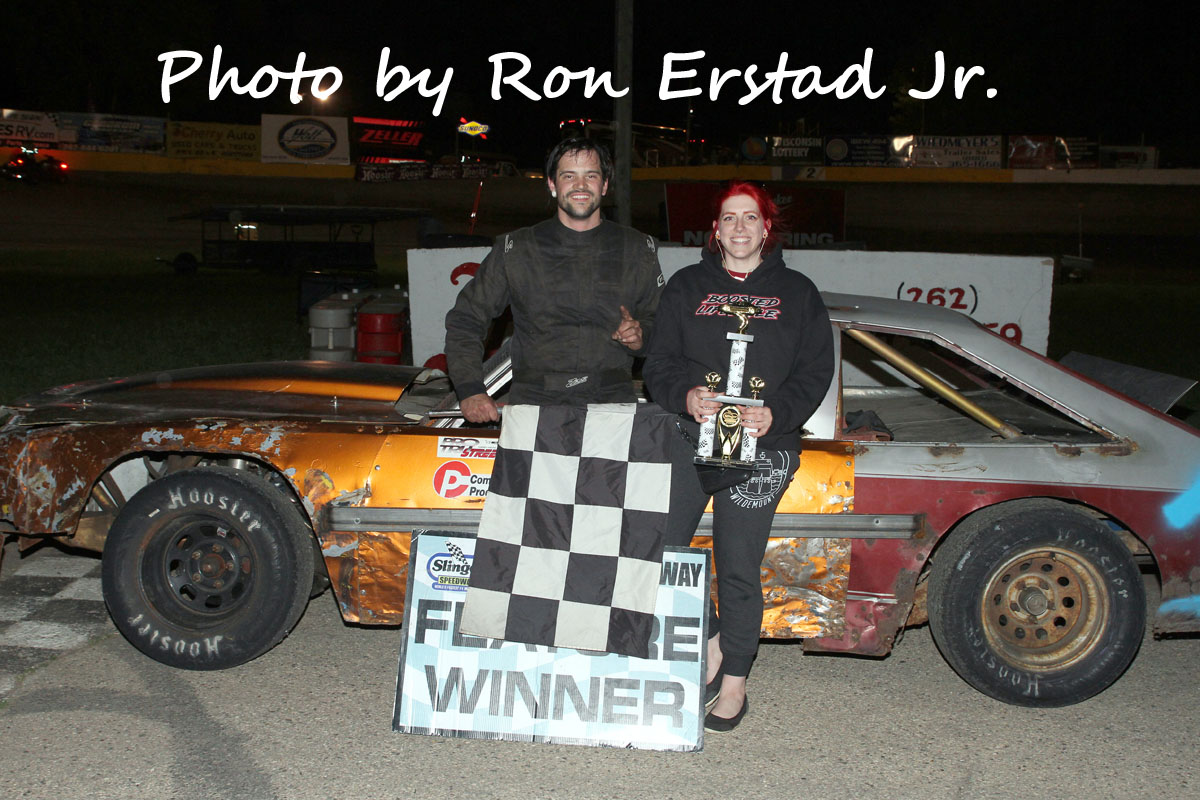 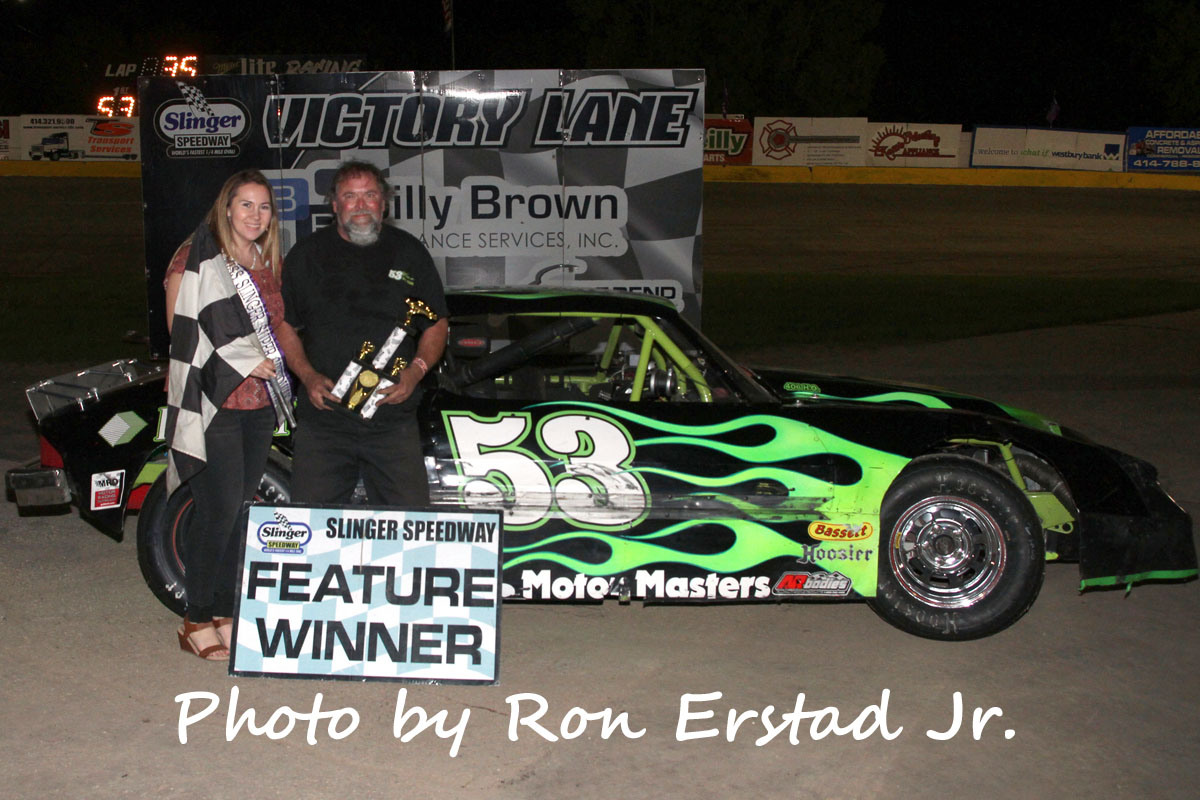 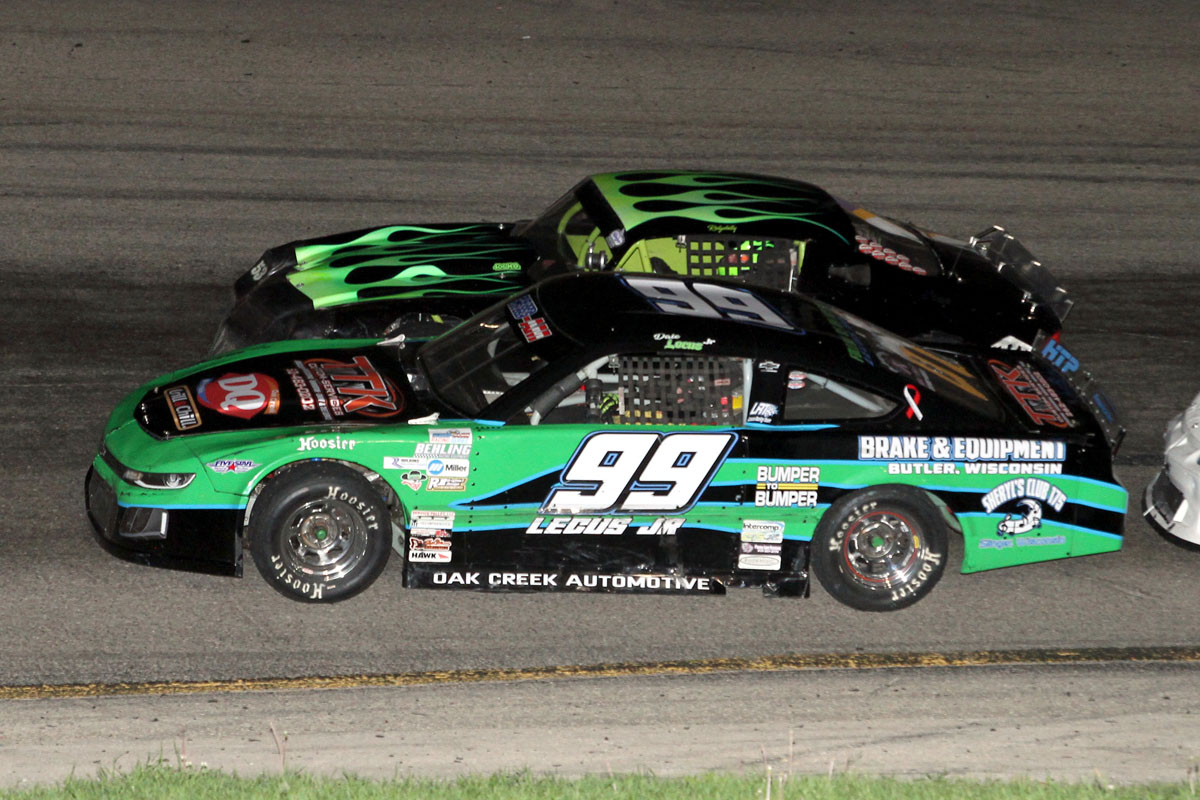 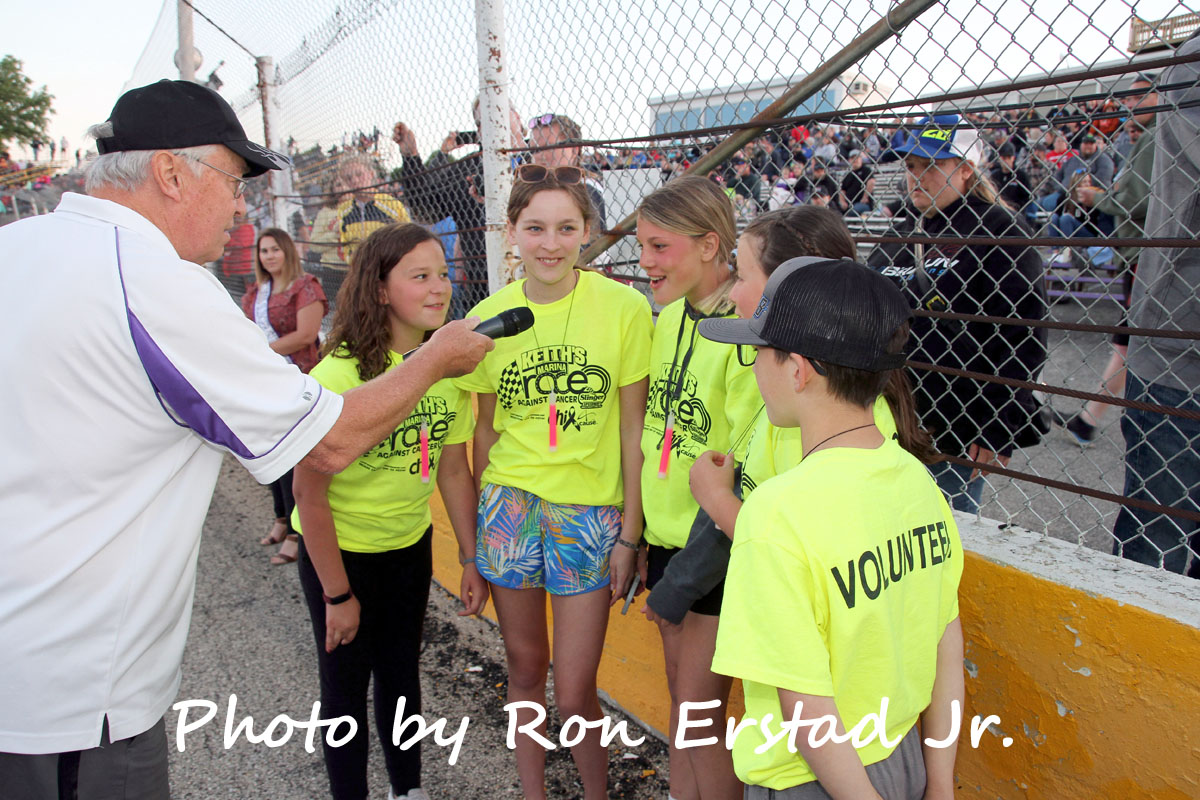 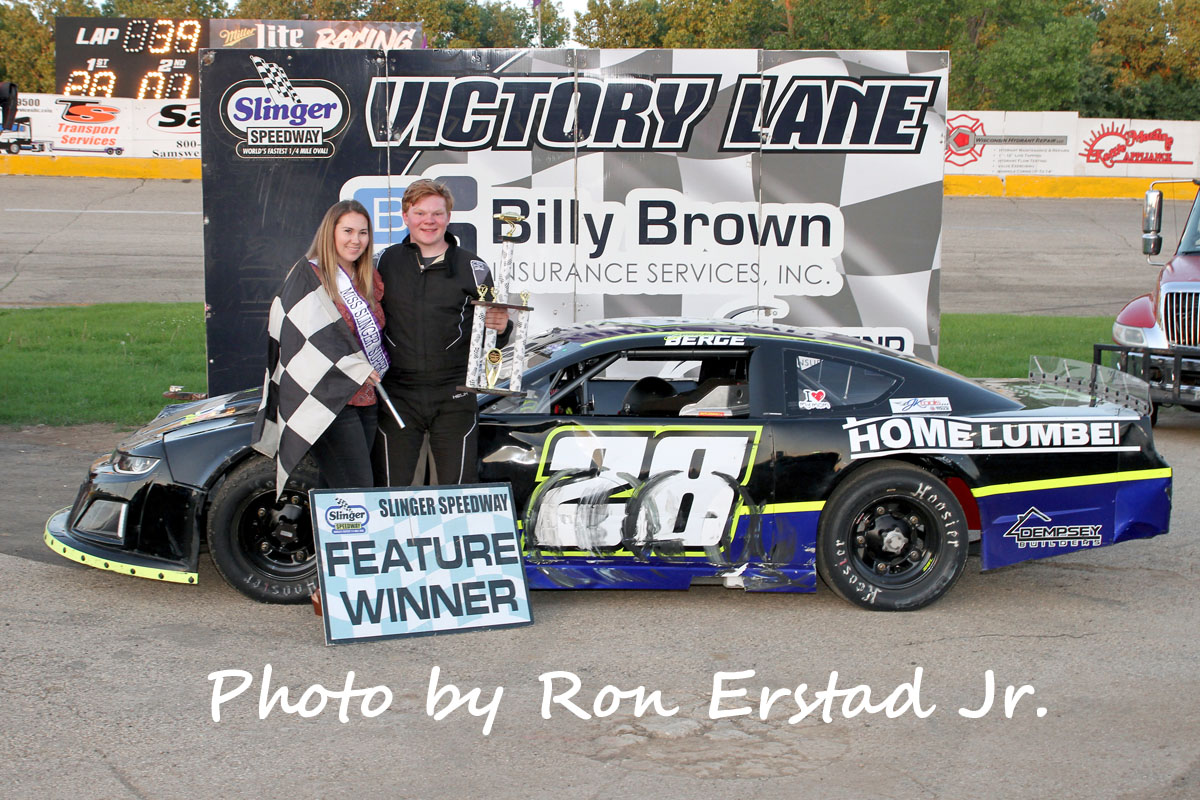 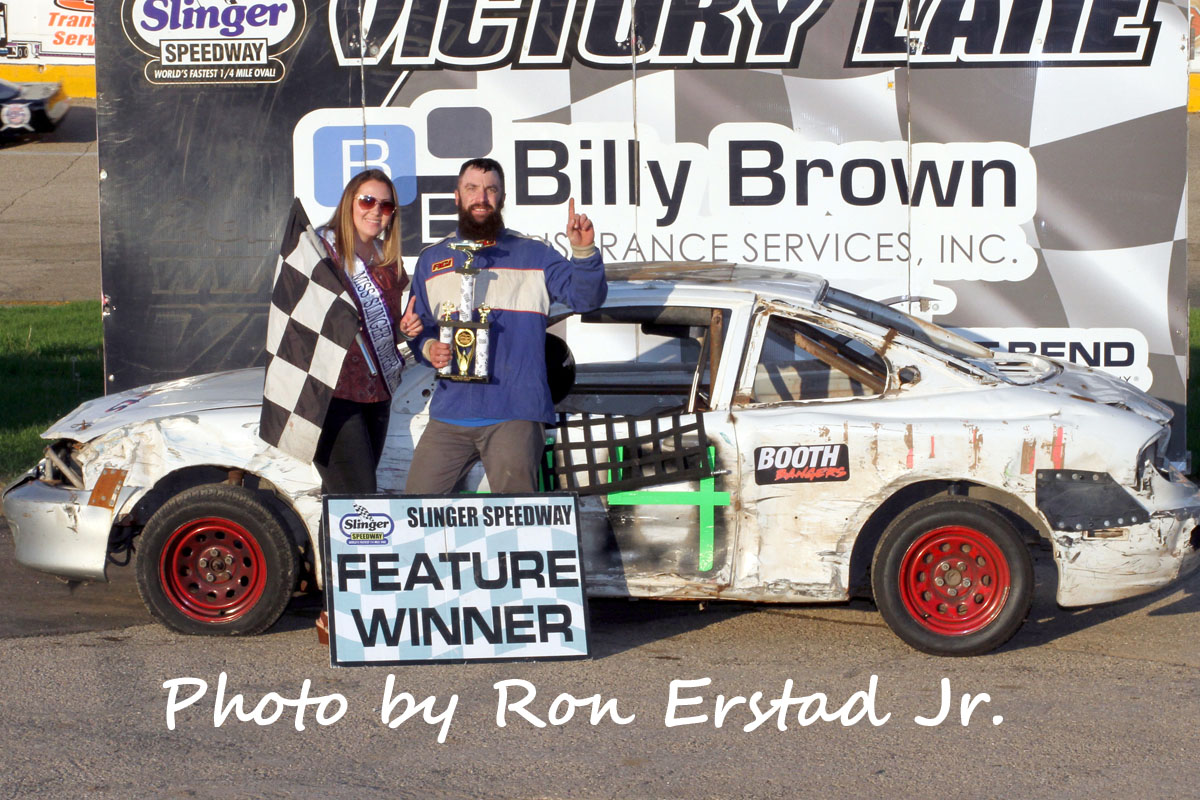 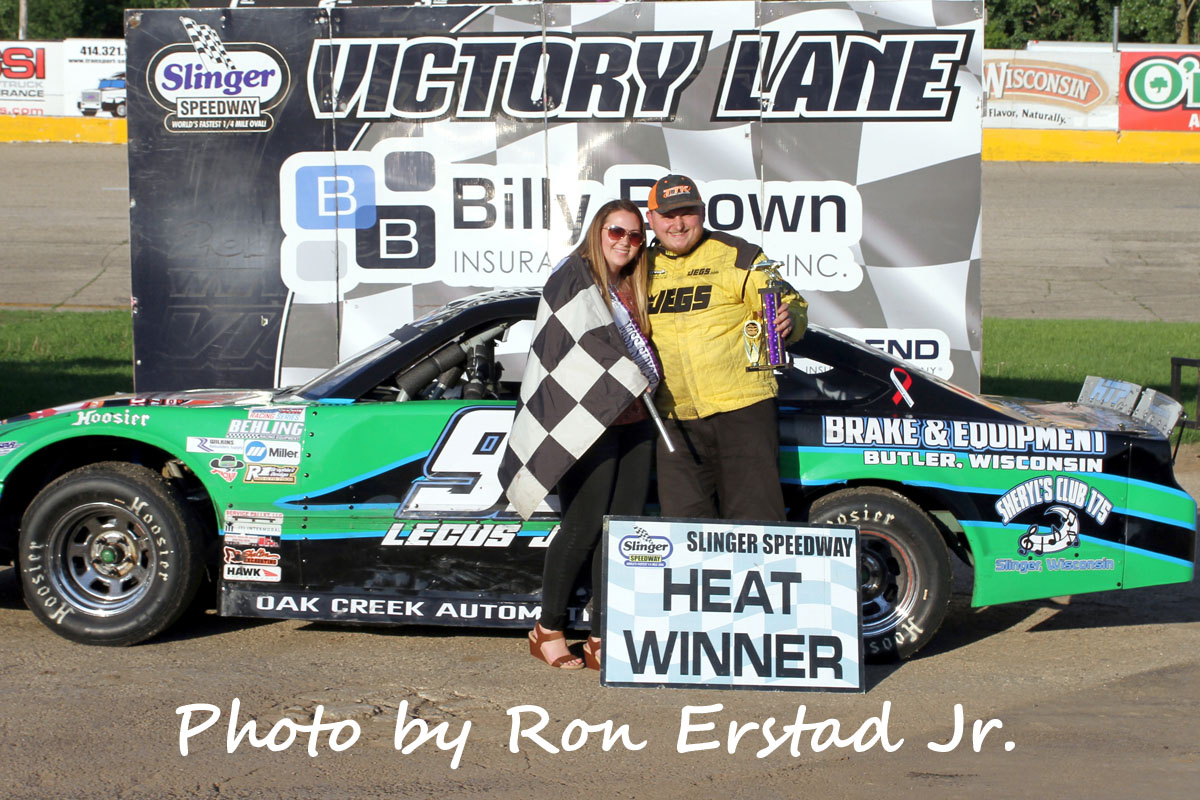 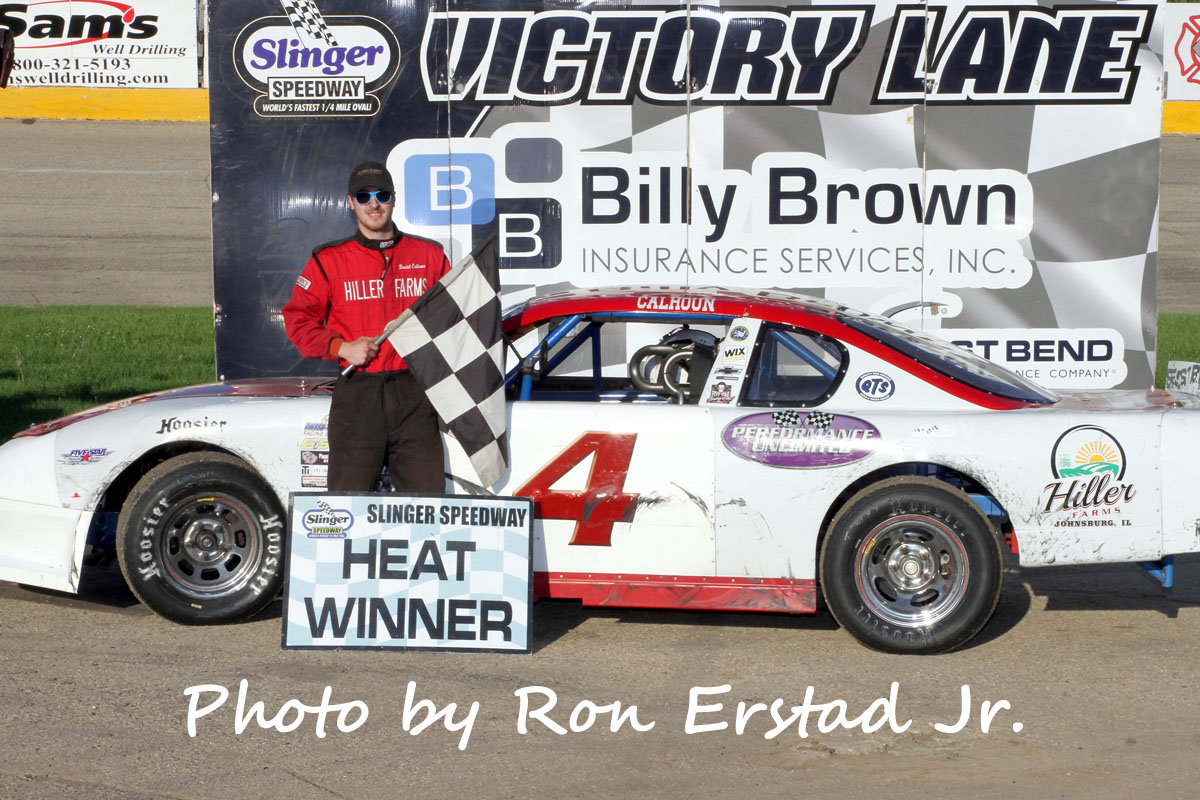 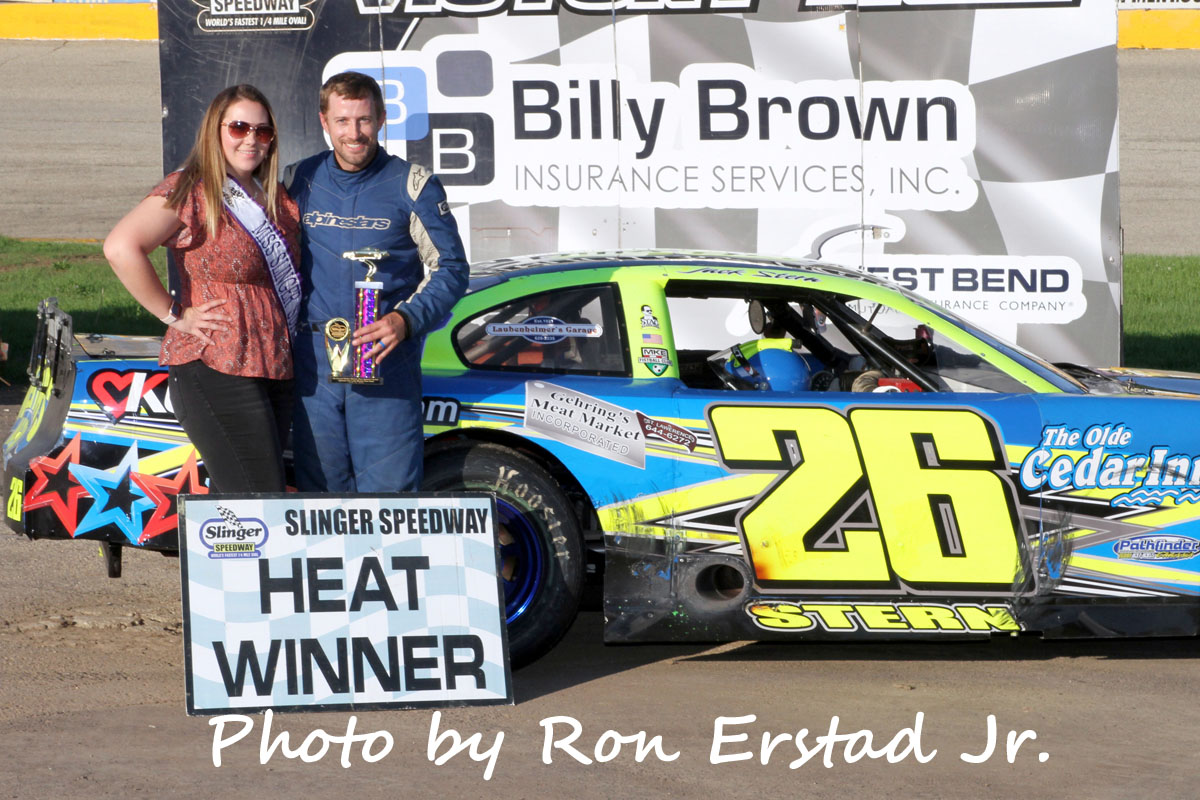 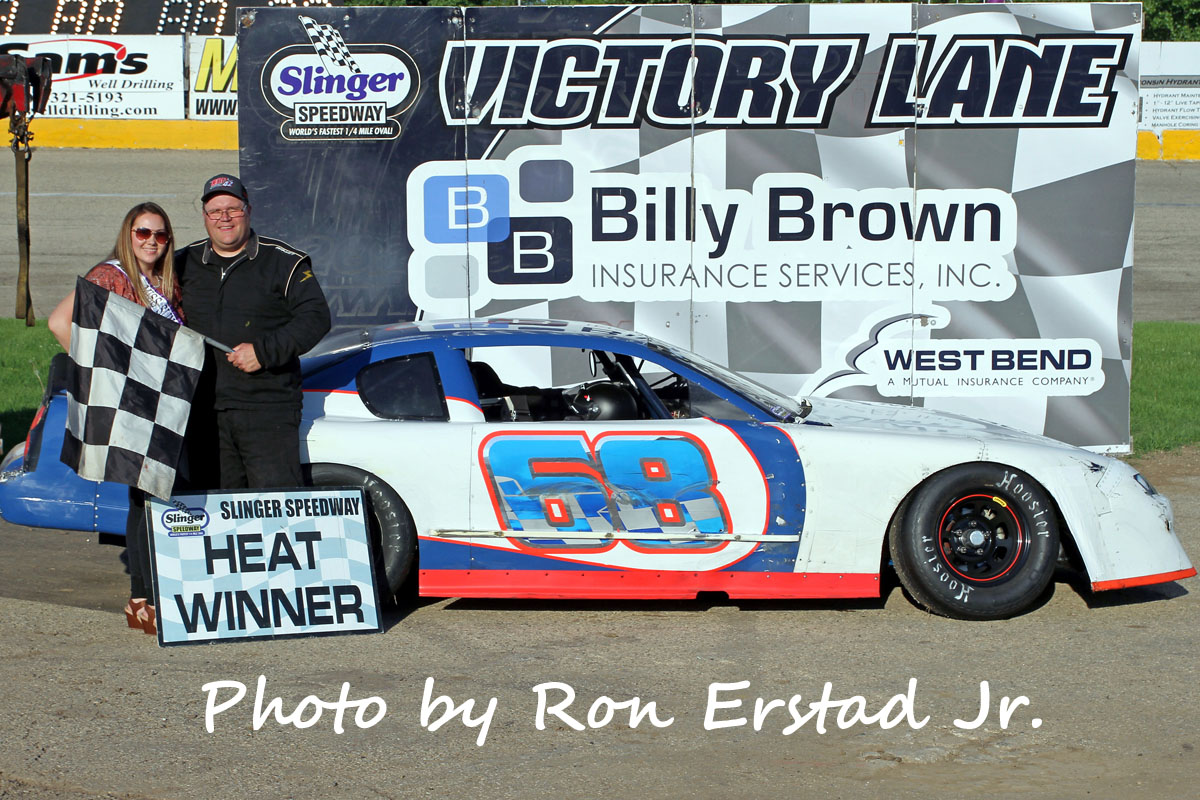 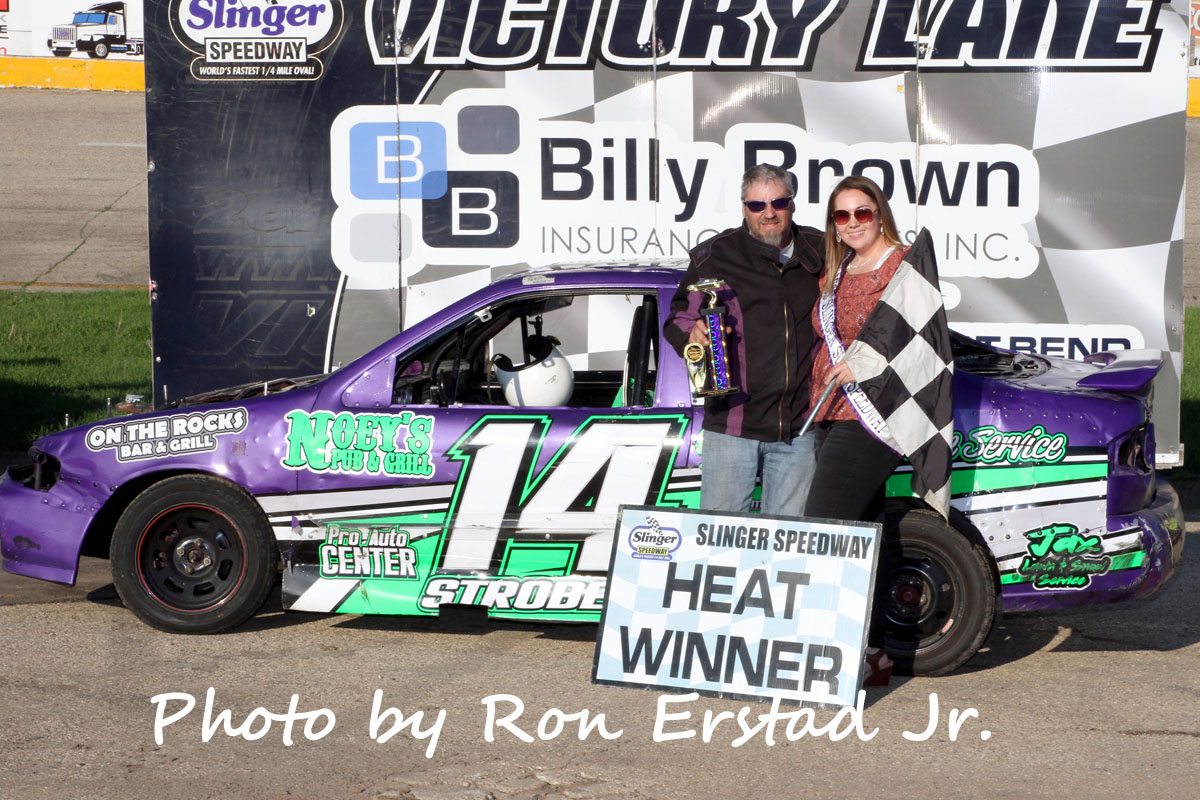 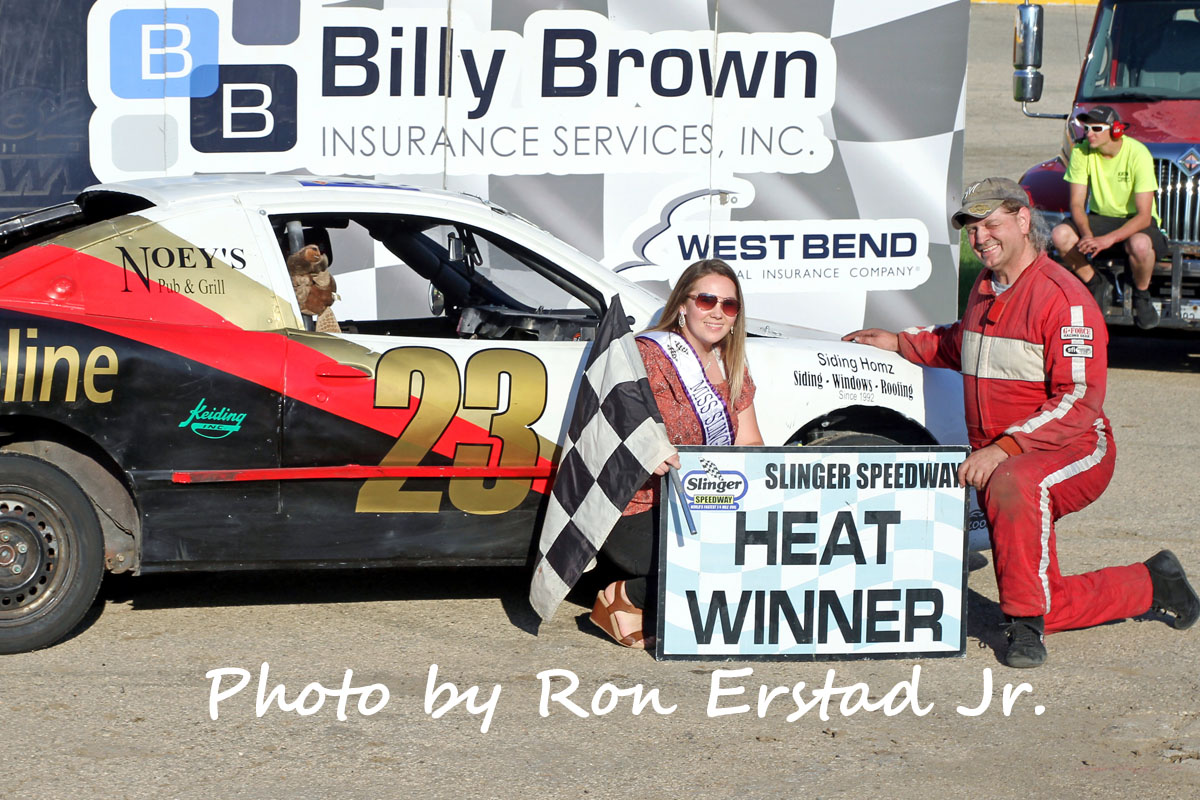 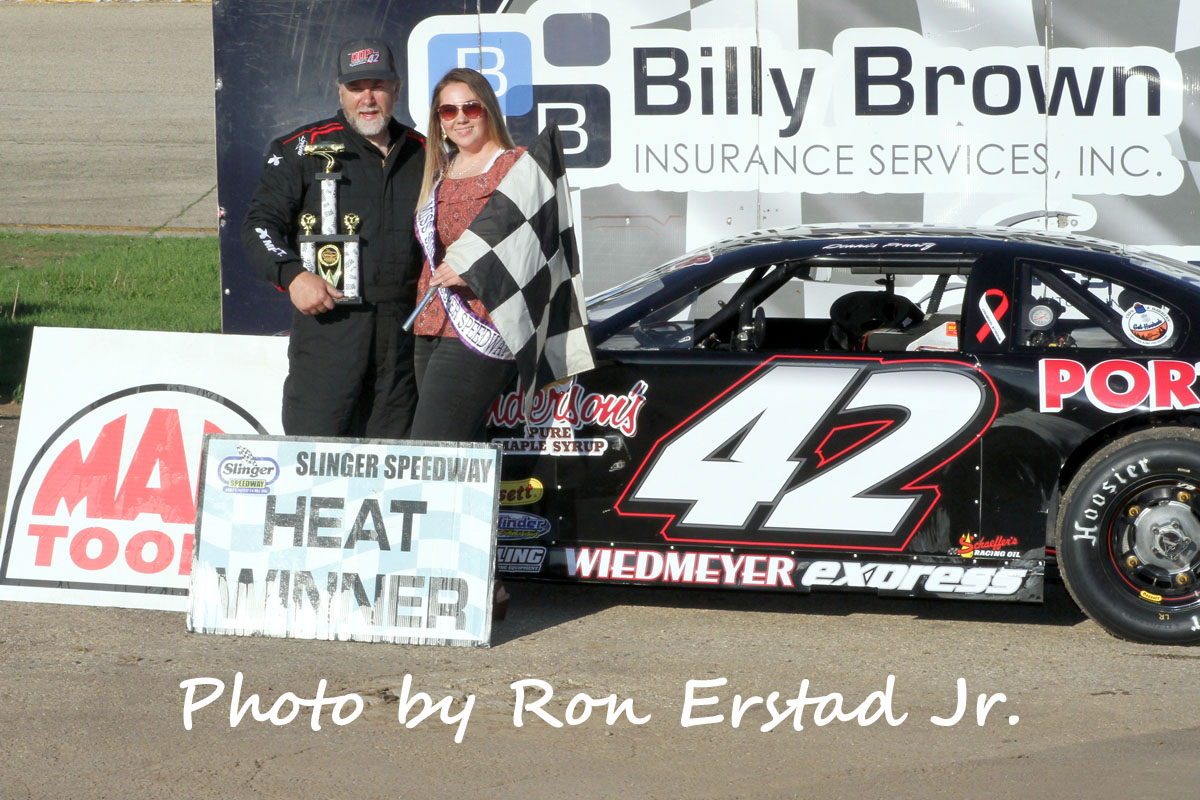 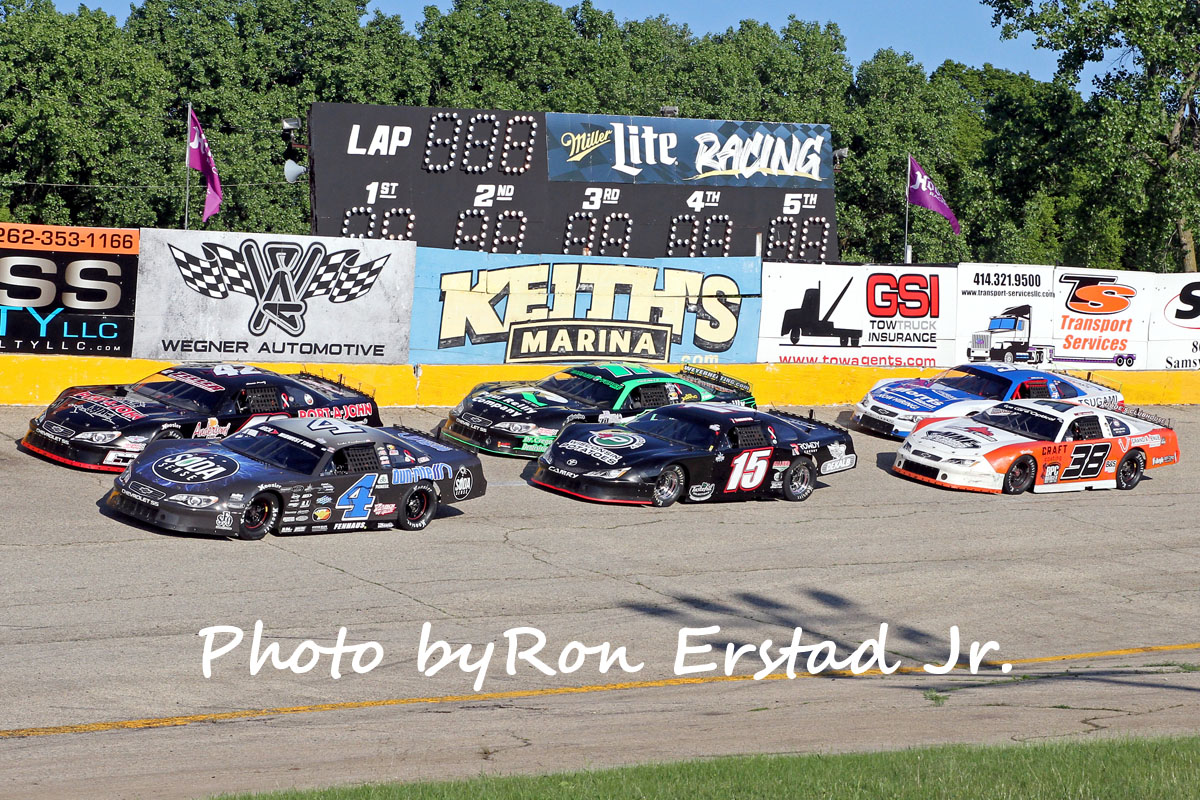 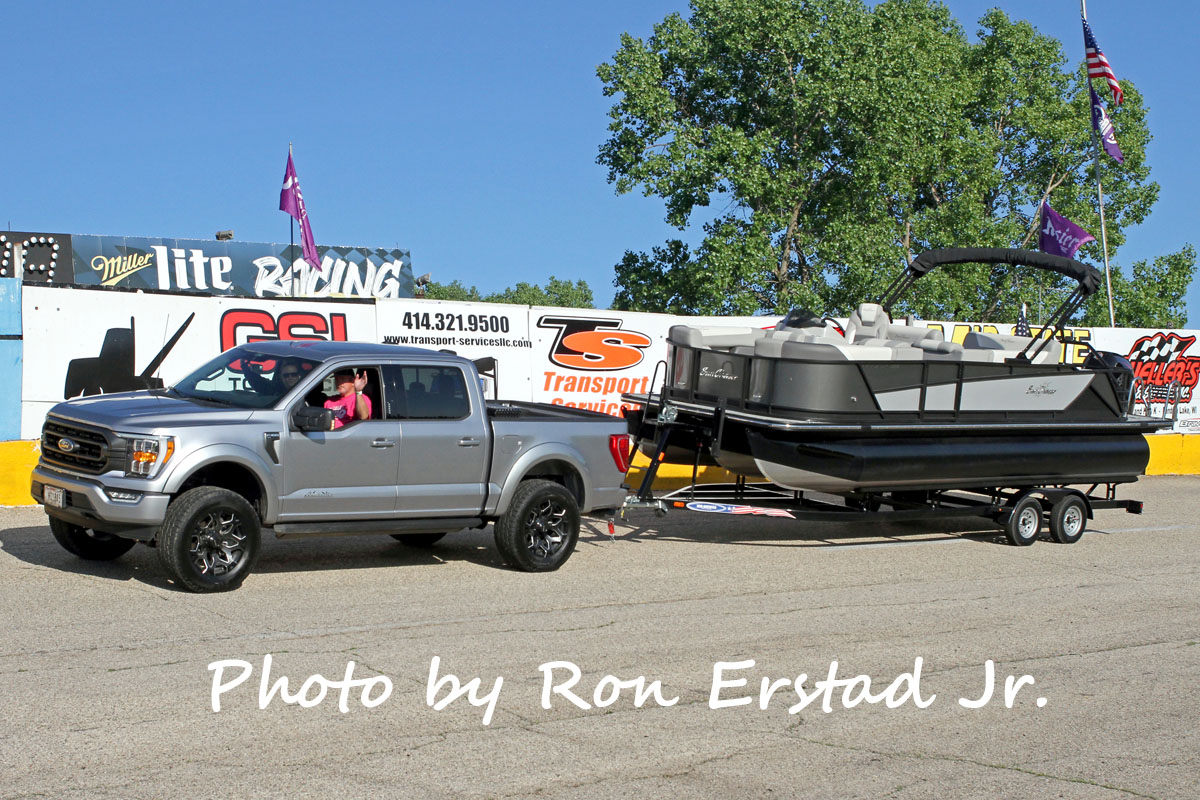 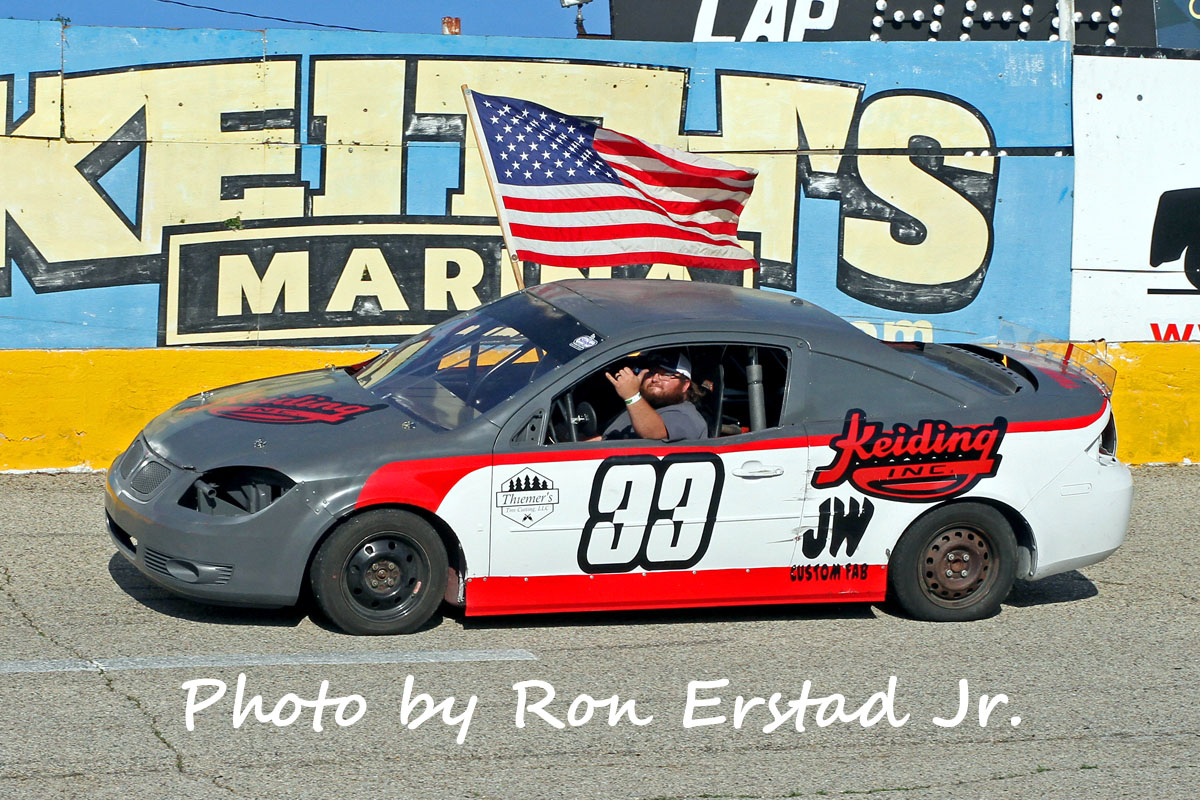 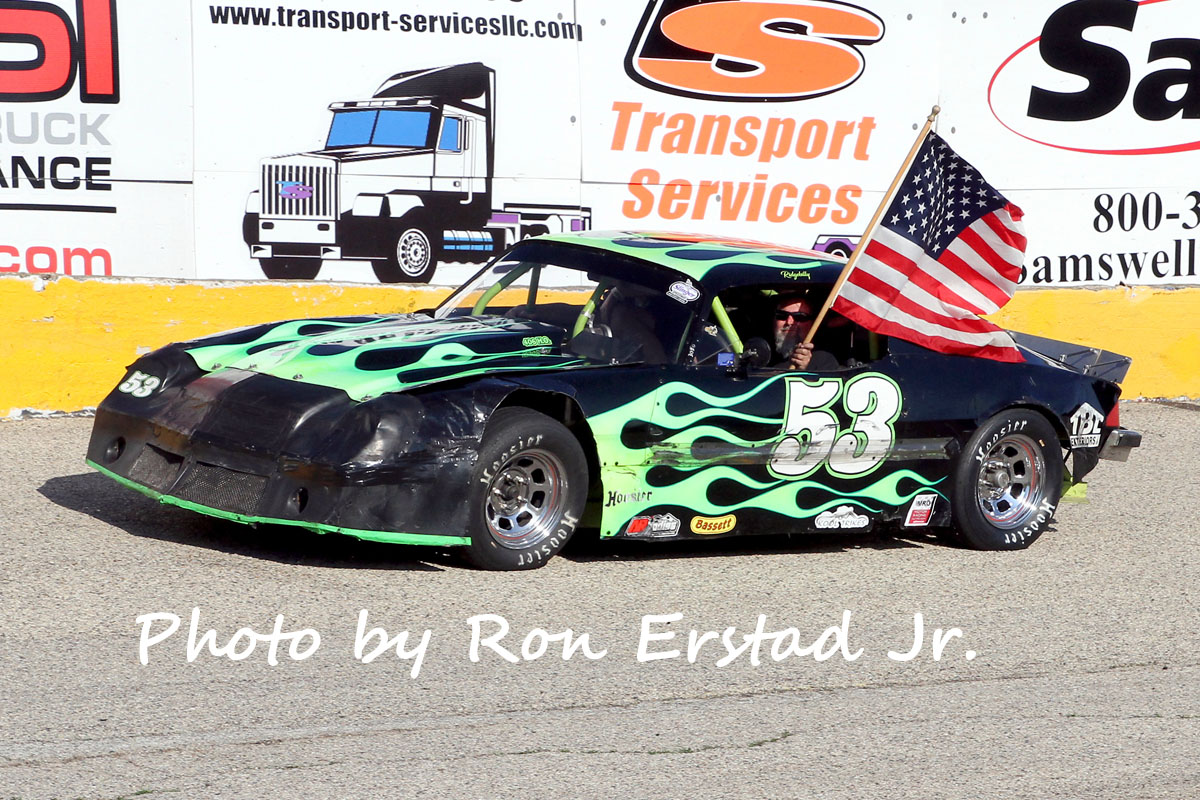 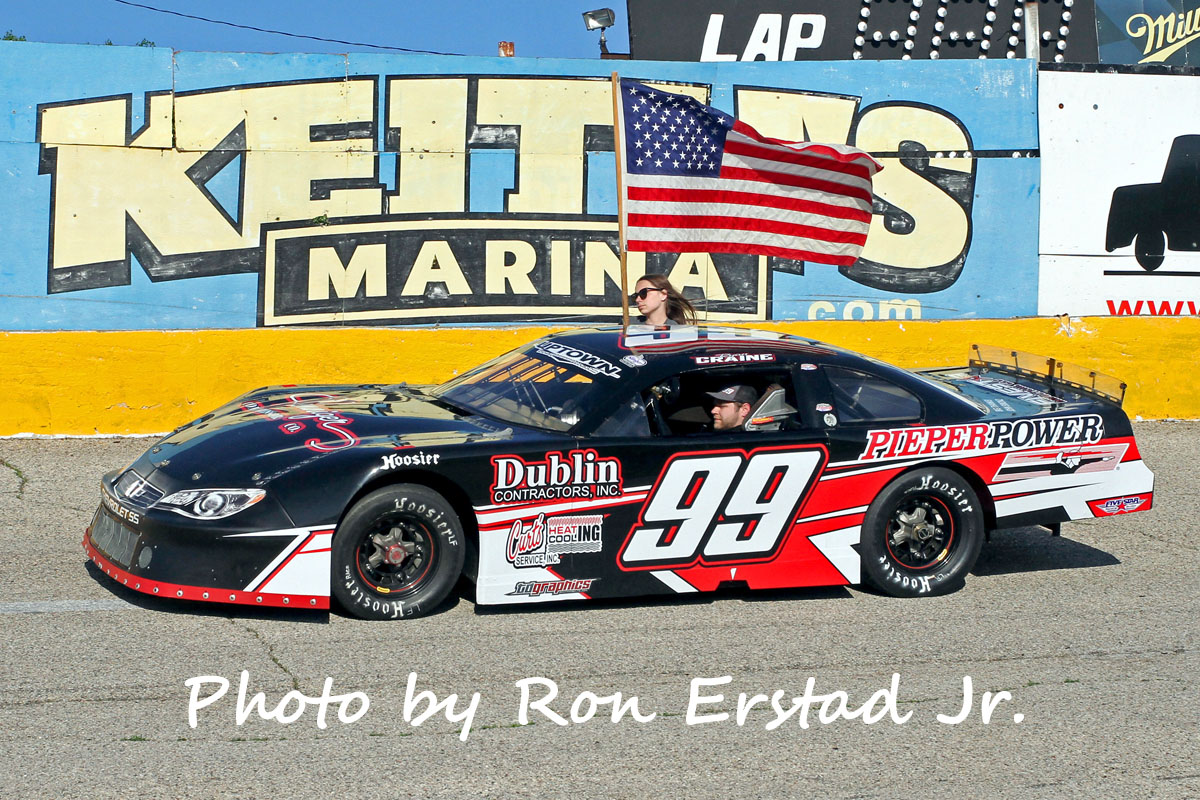 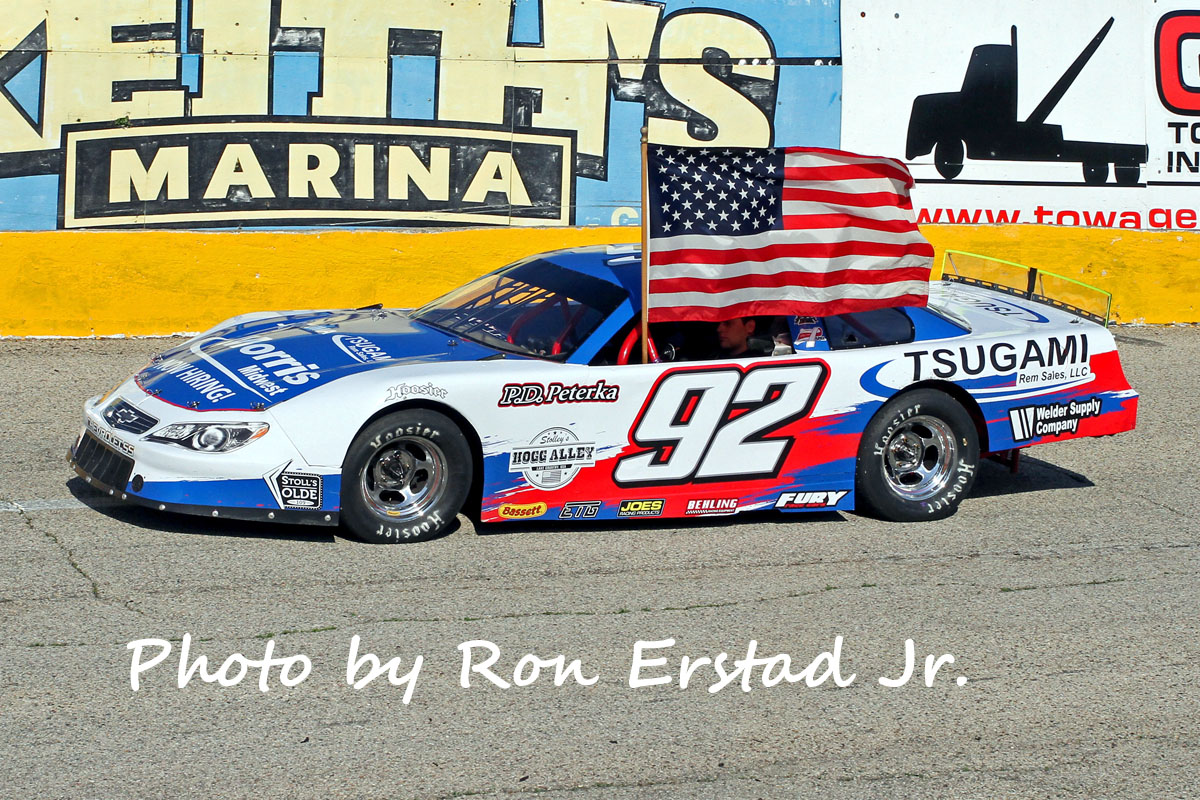 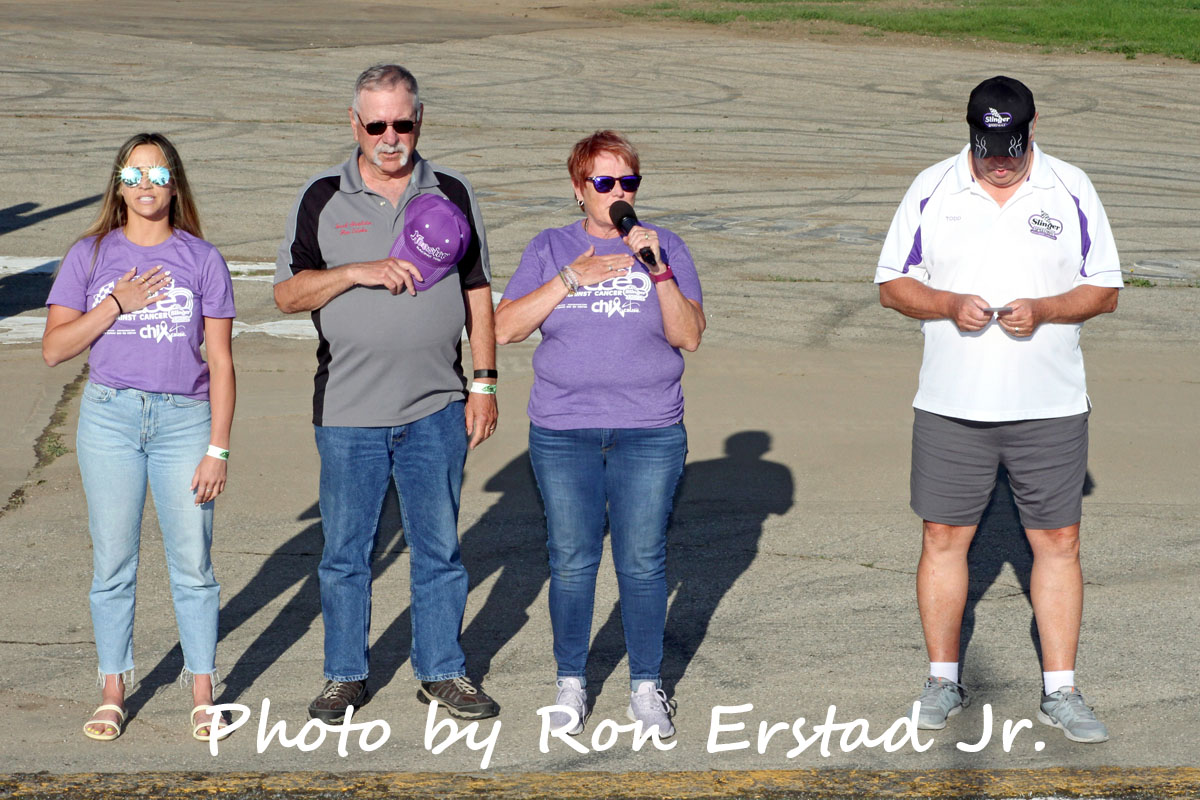