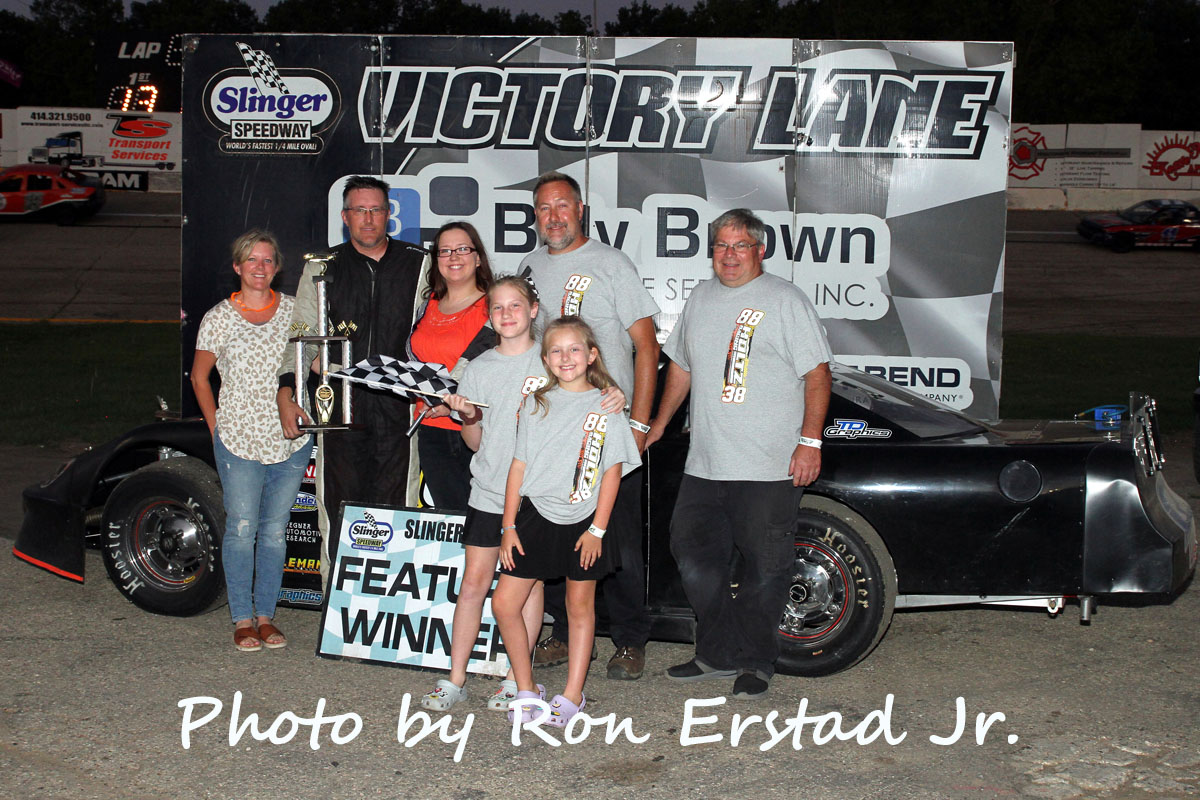 Slinger, Wis., July 24—Jeff Holtz and Zach Prunty staged an intense battle for the lead for most of the 50-lap Uptown Motorcars Pro Late Model feature Sunday night at the Slinger Speedway before Holtz prevailed and then captured the victory over a fast-closing Jordan DeVoy.

Holtz and Prunty spent the first half of the race advancing their way forward toward the front of the field as Jake Vanoskey, Billy Braun, and Jakob Hassler all took turns leading the race. Prunty raced his way into the lead just past the halfway mark and Holtz followed in his tracks and challenged for the top spot shortly thereafter. Prunty and Holtz traded the lead for several laps before Holtz took sole possession of the lead, using the inside groove to pass Prunty while DeVoy methodically closed in on the leaders. DeVoy was able to pass Prunty for second in the waning laps and began to close on Holtz for the lead. Holtz proved to be too strong however and he raced to the victory over DeVoy and Prunty.

“It was a lot of fun racing with Zach (Prunty) and I know we were trading paint a little bit,” Holtz said from victory lane, “But that’s racing. It was a very good night as I haven’t been my best the last couple of outings here, but we finally got it back together tonight.”

“We were trying our hardest and I knew I had to get in the right lane,” DeVoy explained afterwards, “Neither lanes were moving and once they started to get single file we were able to make a good charge to the front.”

“I changed a lot over the week even though I probably shouldn’t have, but I got bored having the week off,” Prunty said after leading laps and finishing third, “Practice was good and qualifying was not so good. We left it alone for the heat race and didn’t like it then but made some adjustments and the car was good in the feature.”

Tom Berens finished in fourth place and Tyler Hromadka turned in a strong run as he took the checkered flag in fifth. Ryan Gutknecht finished sixth and Jakob Hassler was seventh after leading laps early on. Matt Urban also challenged for the lead early on before finishing eighth while Mitch DelCamp and Zach Braun were ninth and tenth respectively.

Mitch DelCamp captured his first career victory in the Pro Late Model first heat race while Jakob Hassler took top honors in the second heat race. Tom Berens was the fastest qualifier after turning in a lap time of 12.134 seconds.

Paul Reagles edged Brandon Tackes by less than a car length to win the thrilling 25-lap Super Beez feature. Colin Saegert finished a strong third followed by Al Strobel and Todd Buckley in fourth and fifth respectively. Derek Hoerig and Al Strobel were the winners of the Super Beez heat races and Todd Buckley was the fastest qualifier with a lap time of 13.800 seconds.

Kurt Kleven drove his 1975 Chevrolet Monte Carlo to the win in the Spectator Eliminator races as he edged Carl Trapp in his Chevy Nova for the win. Nick Ostberg drove to the victory in the Figure 8 event which closed the evening. 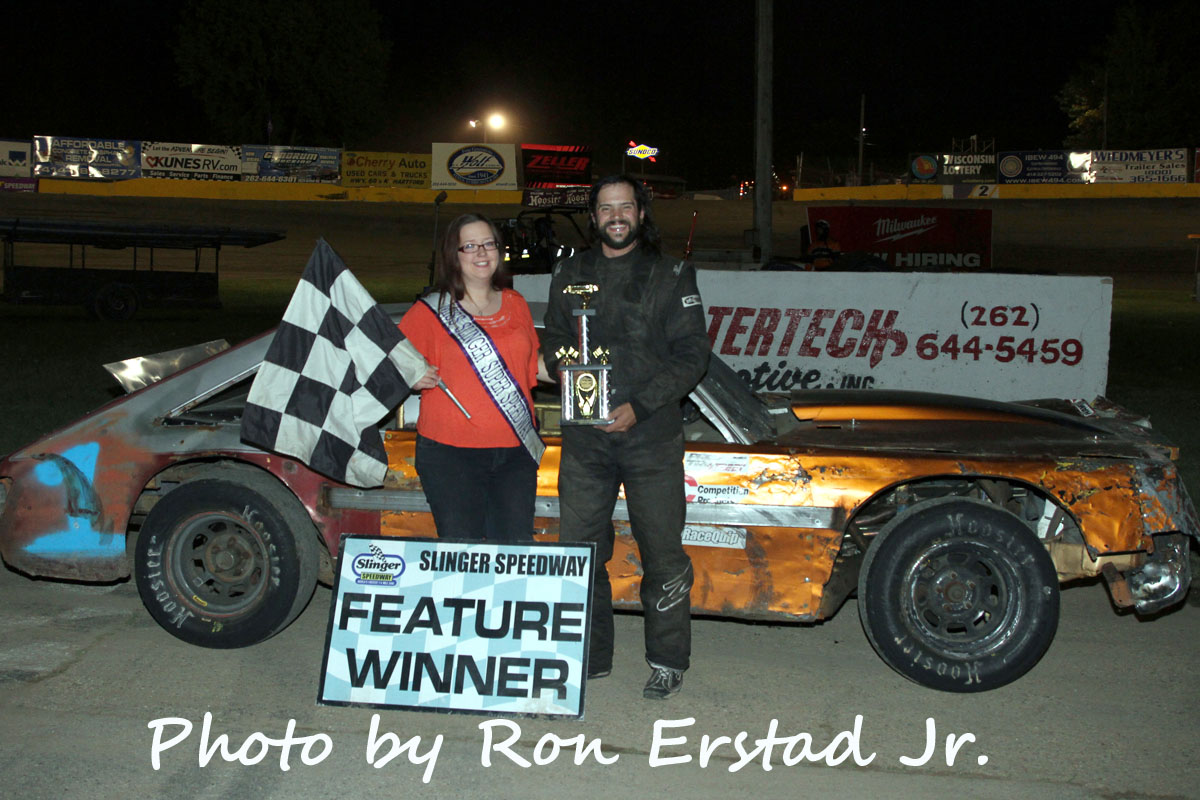 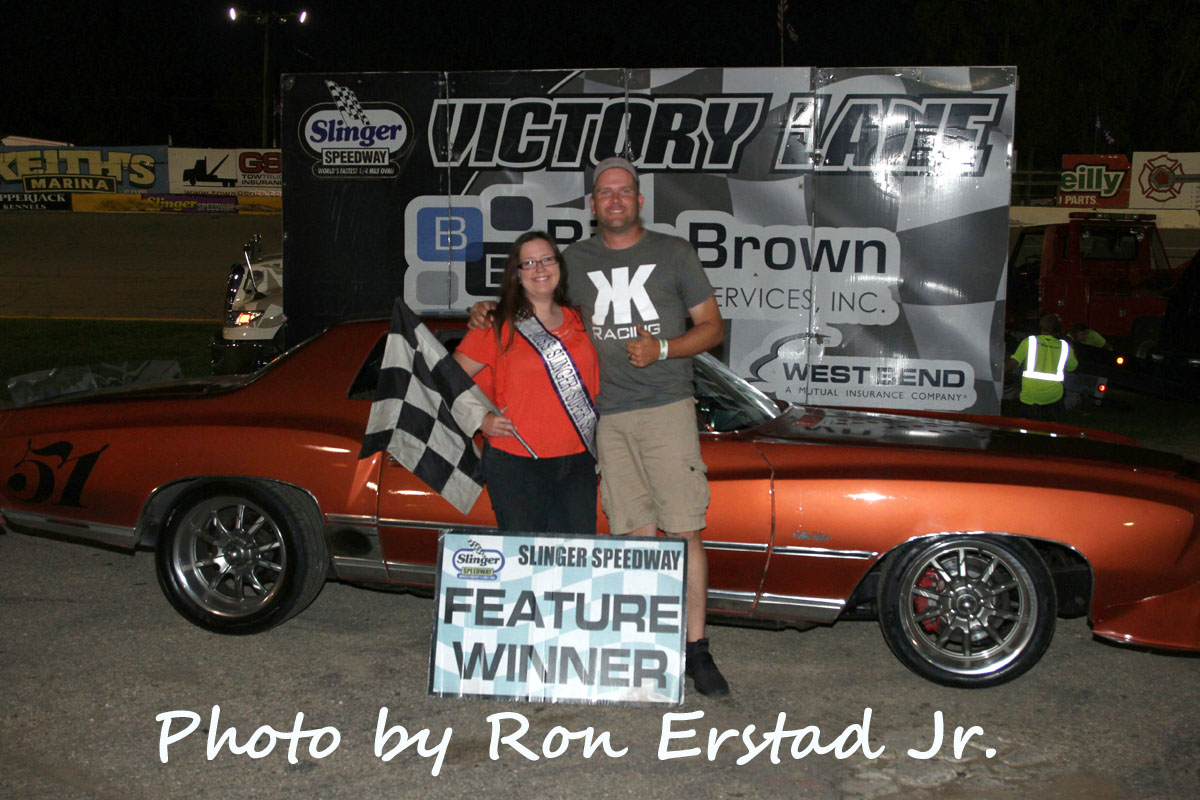 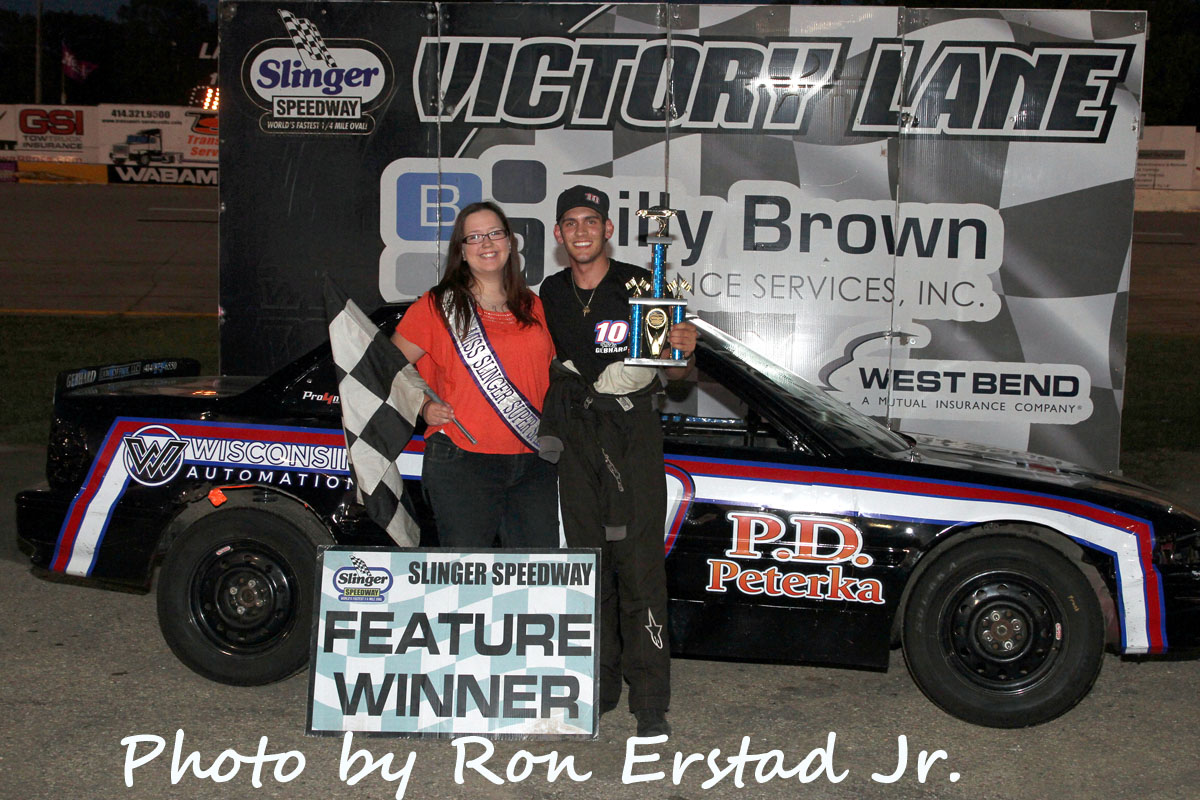 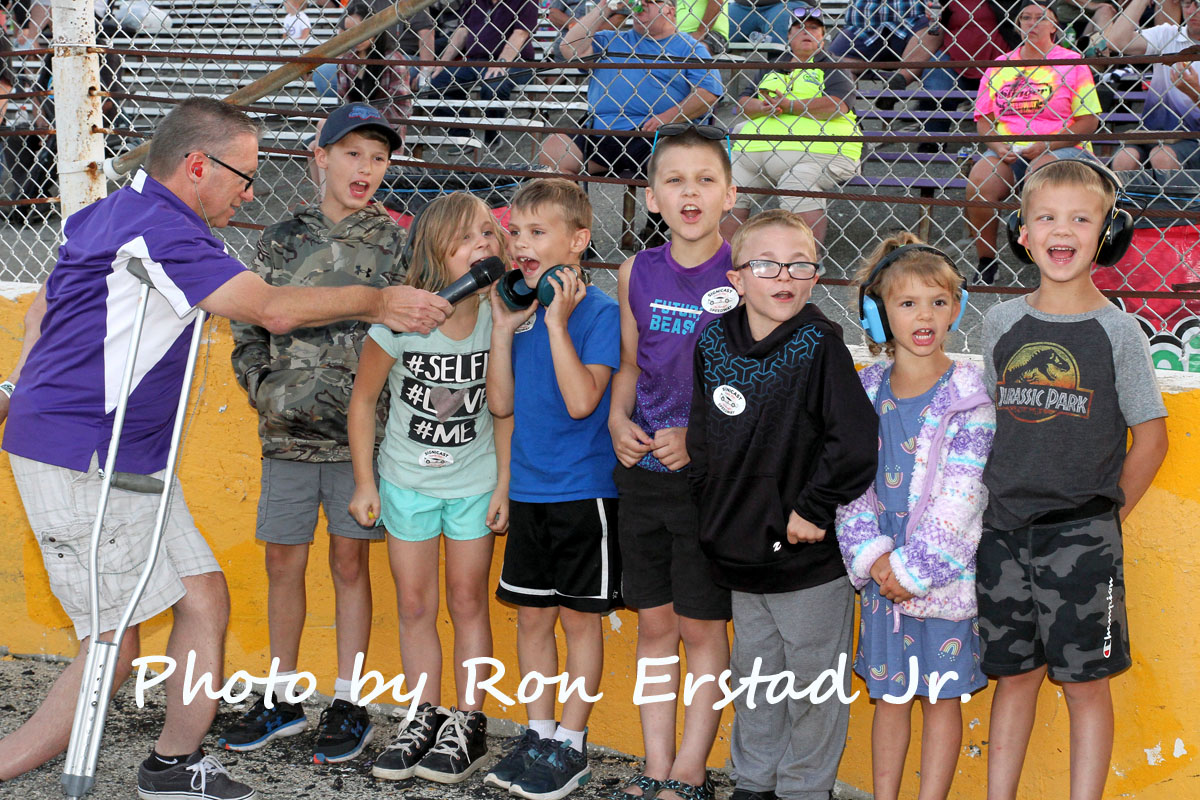 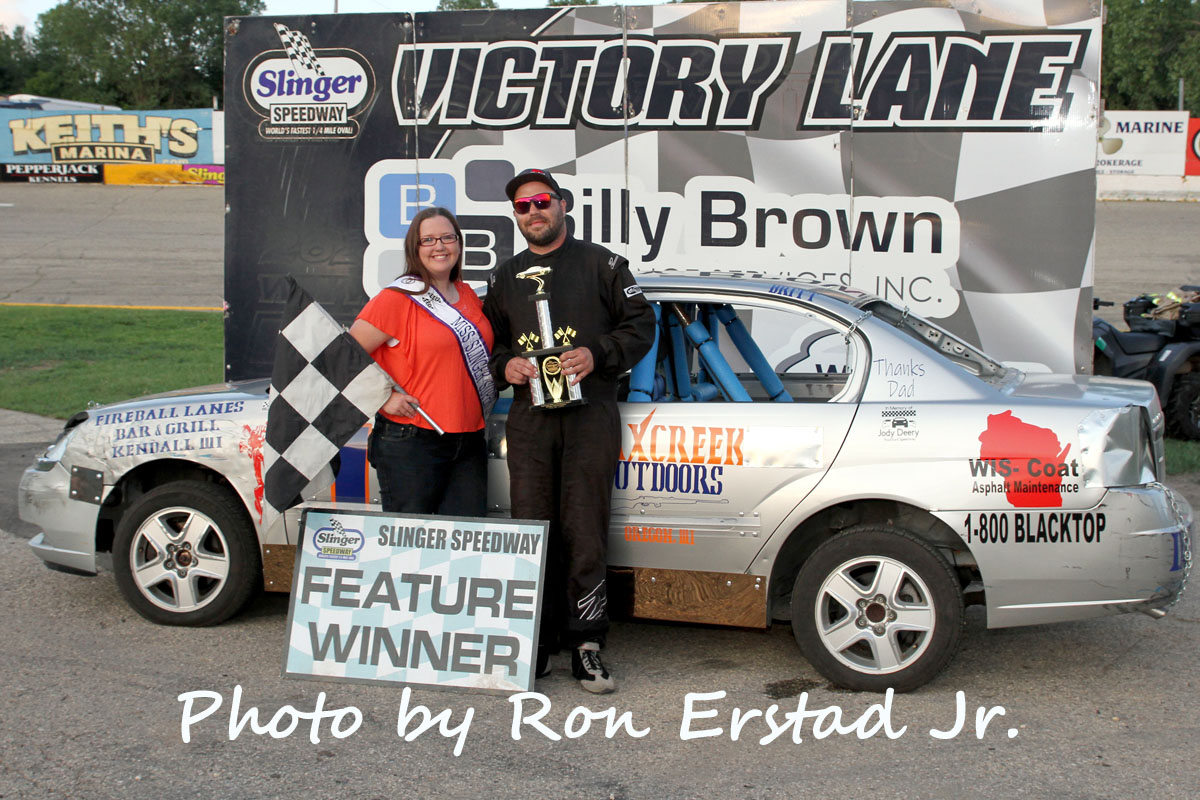 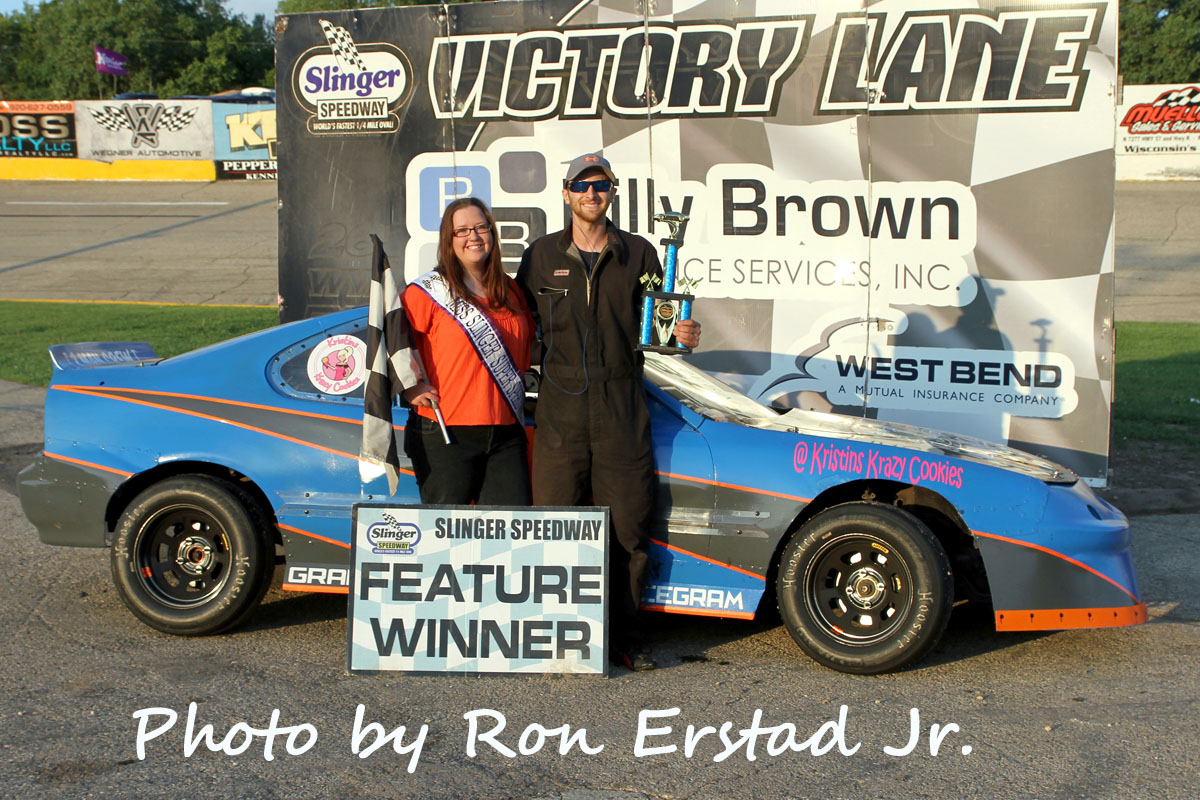 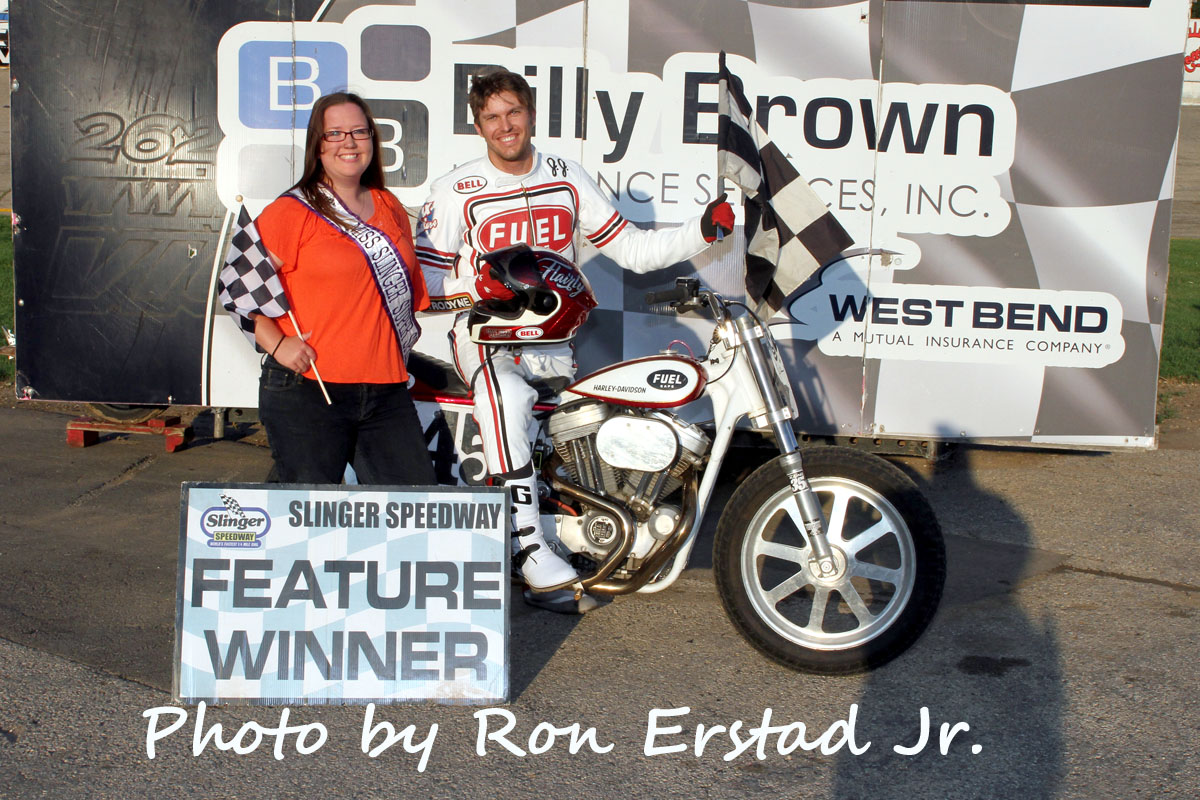 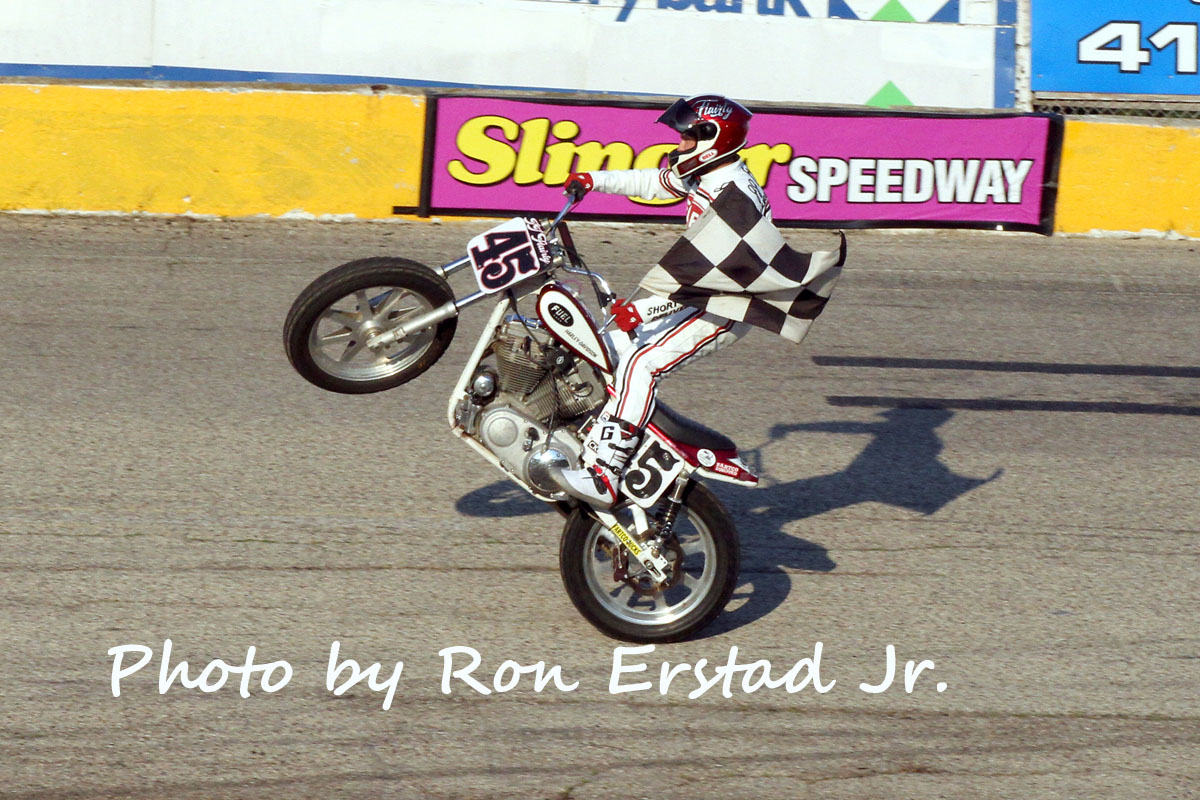 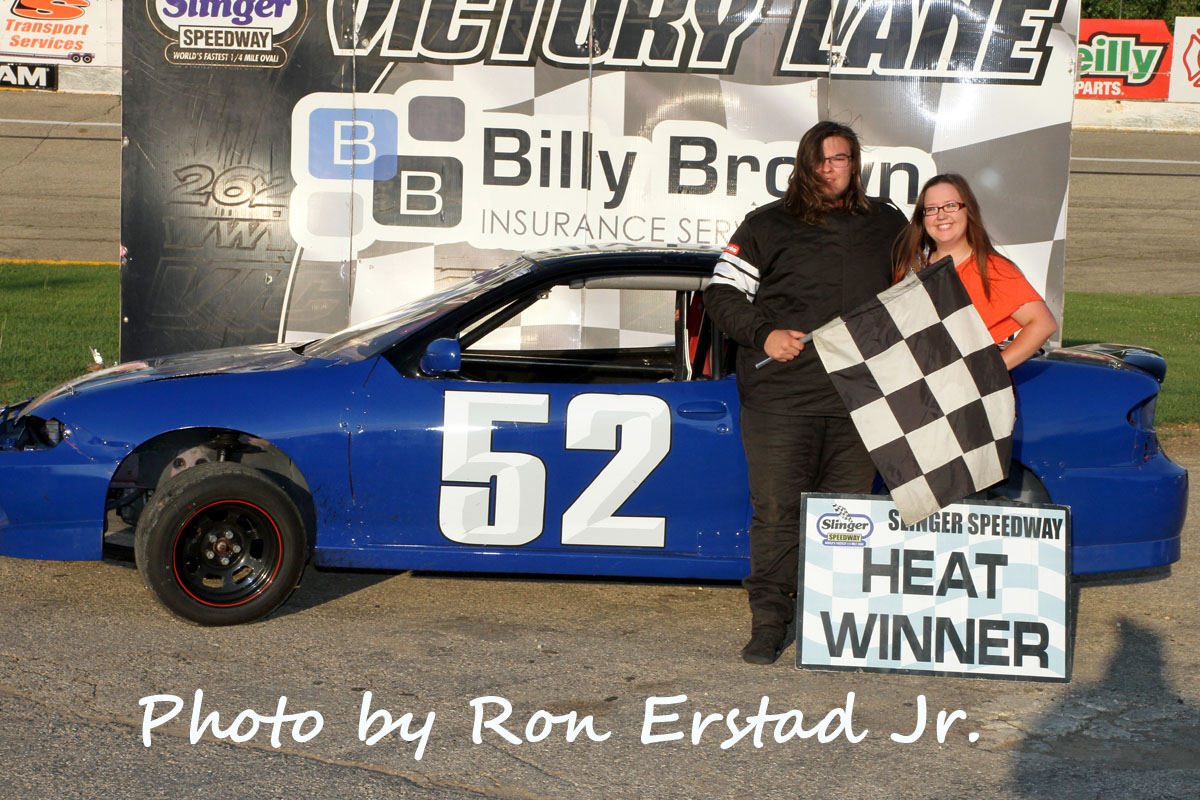 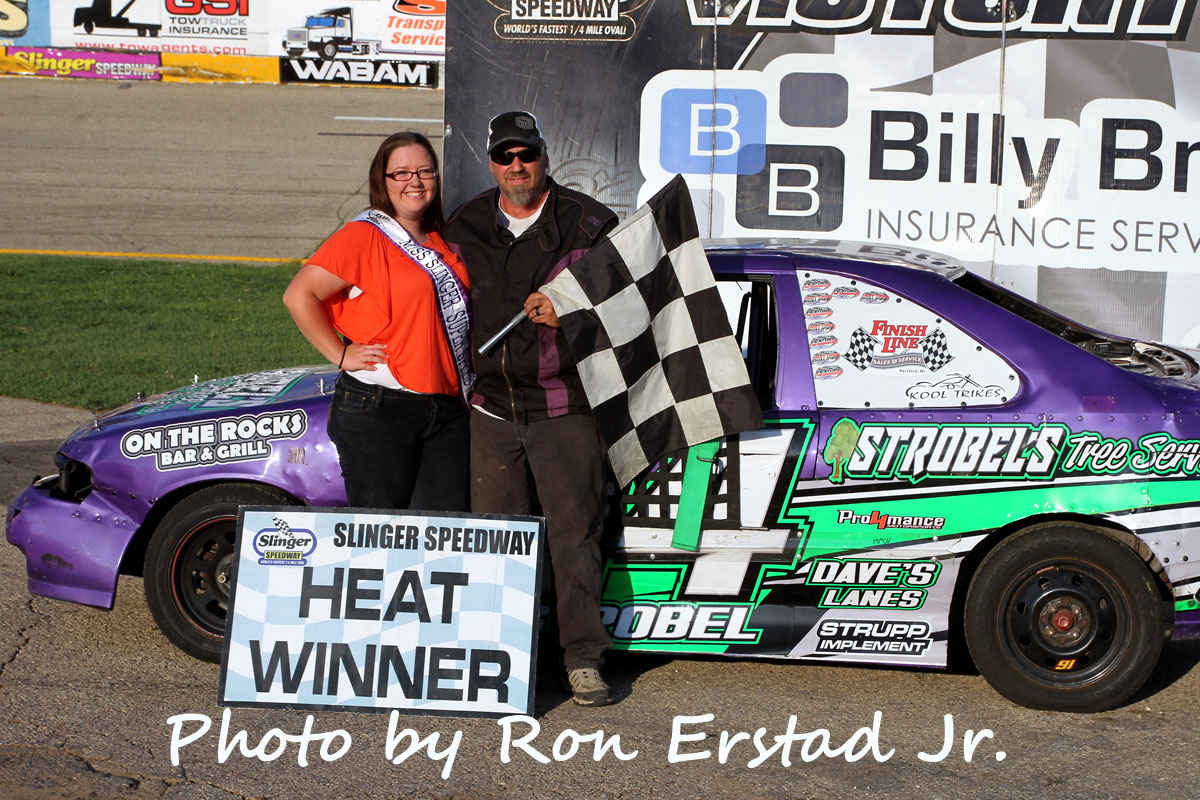 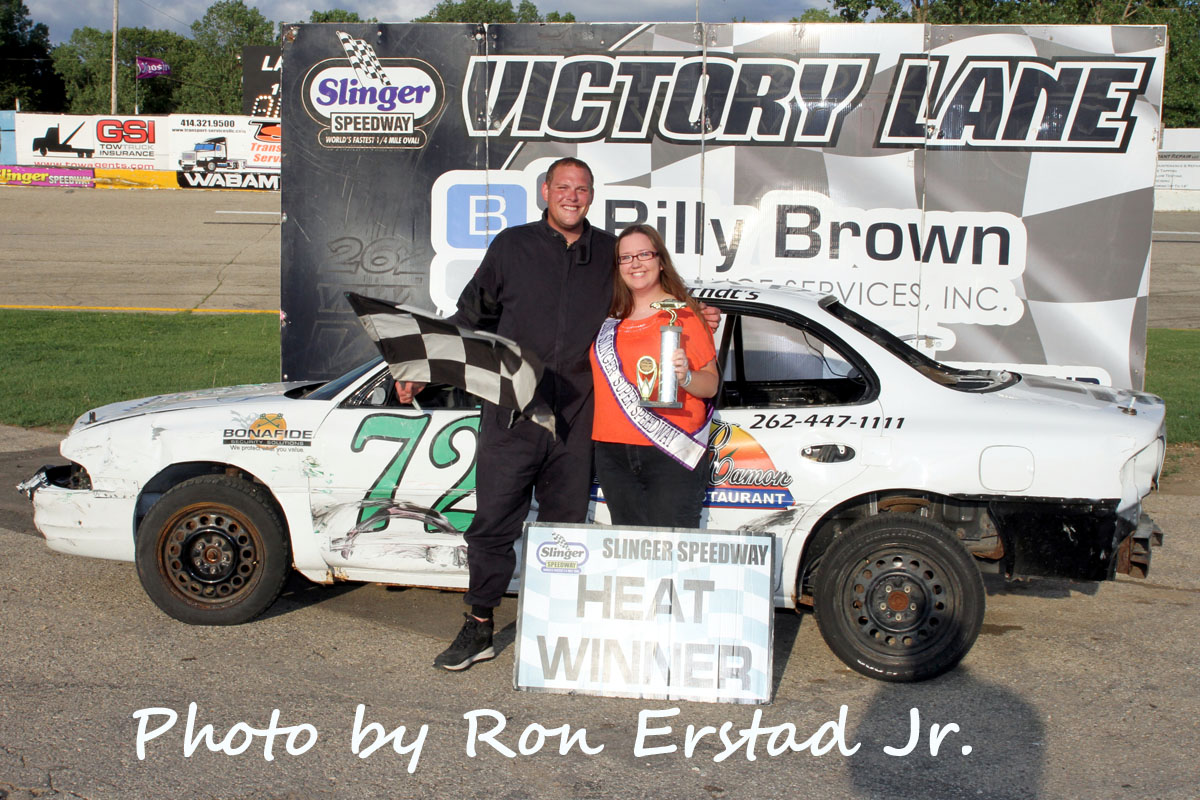 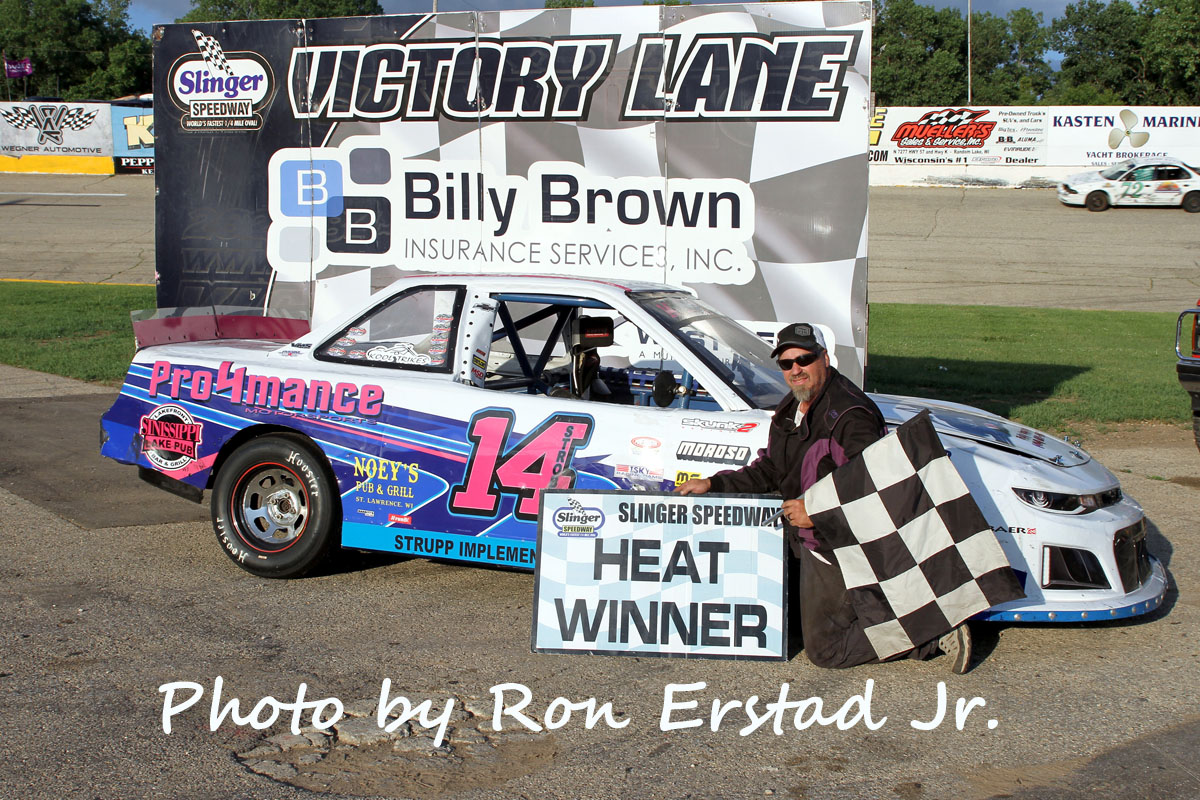 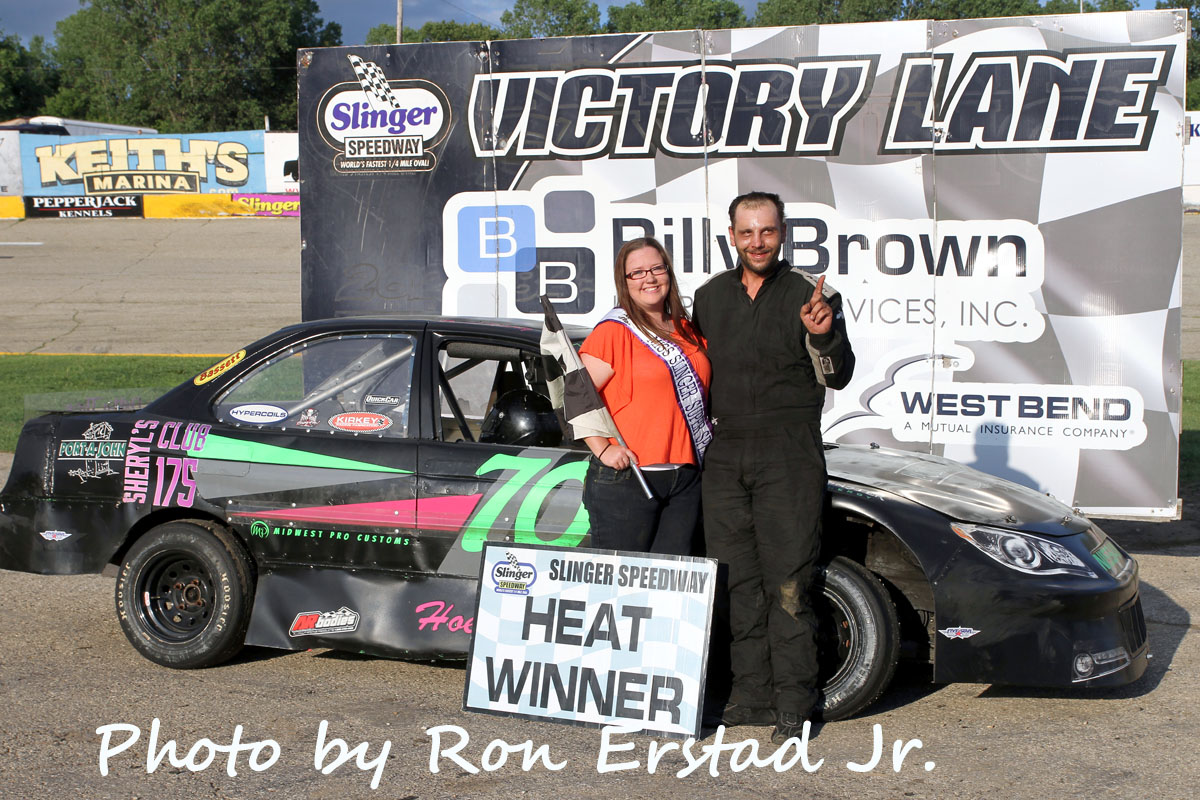 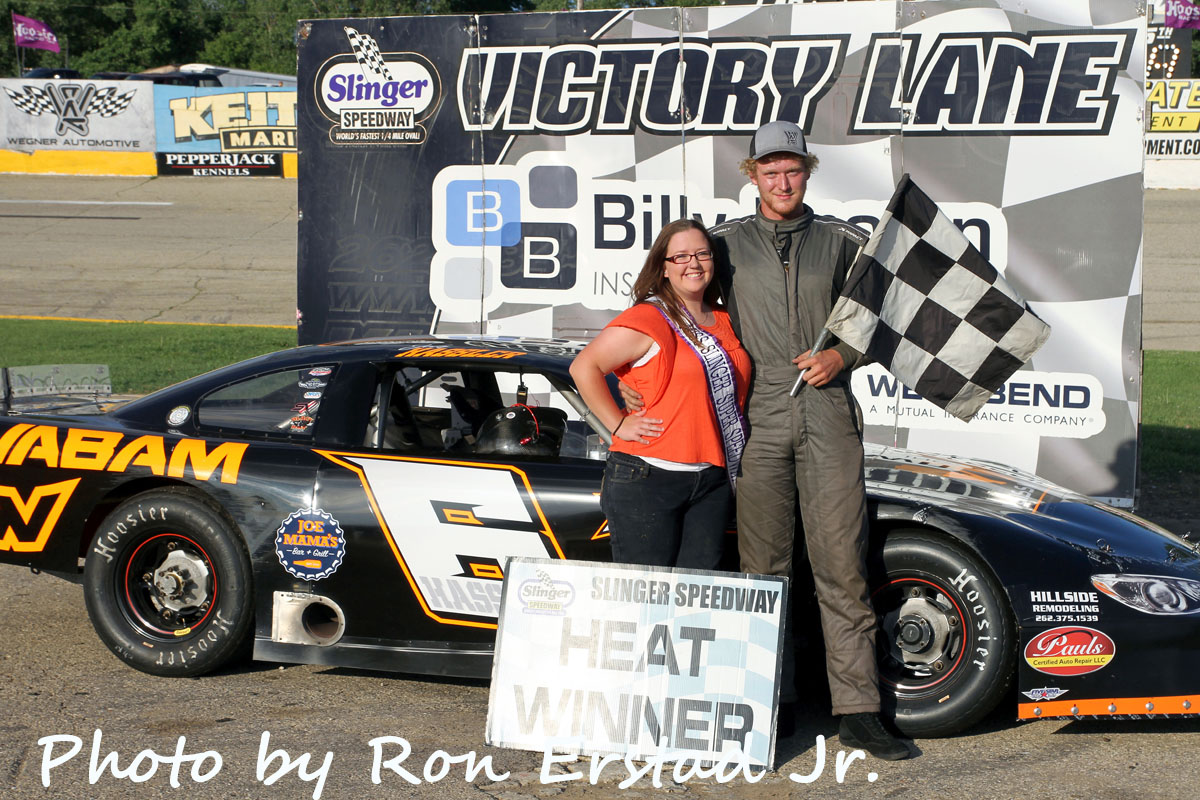 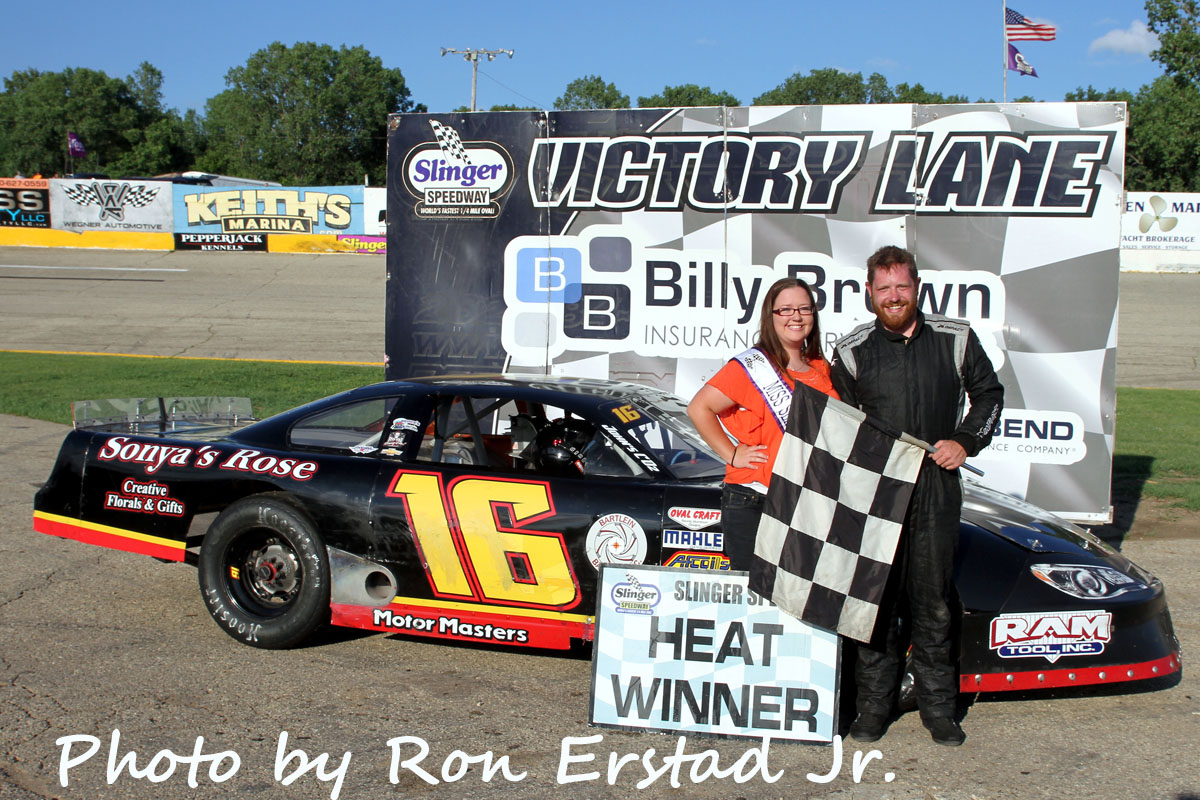 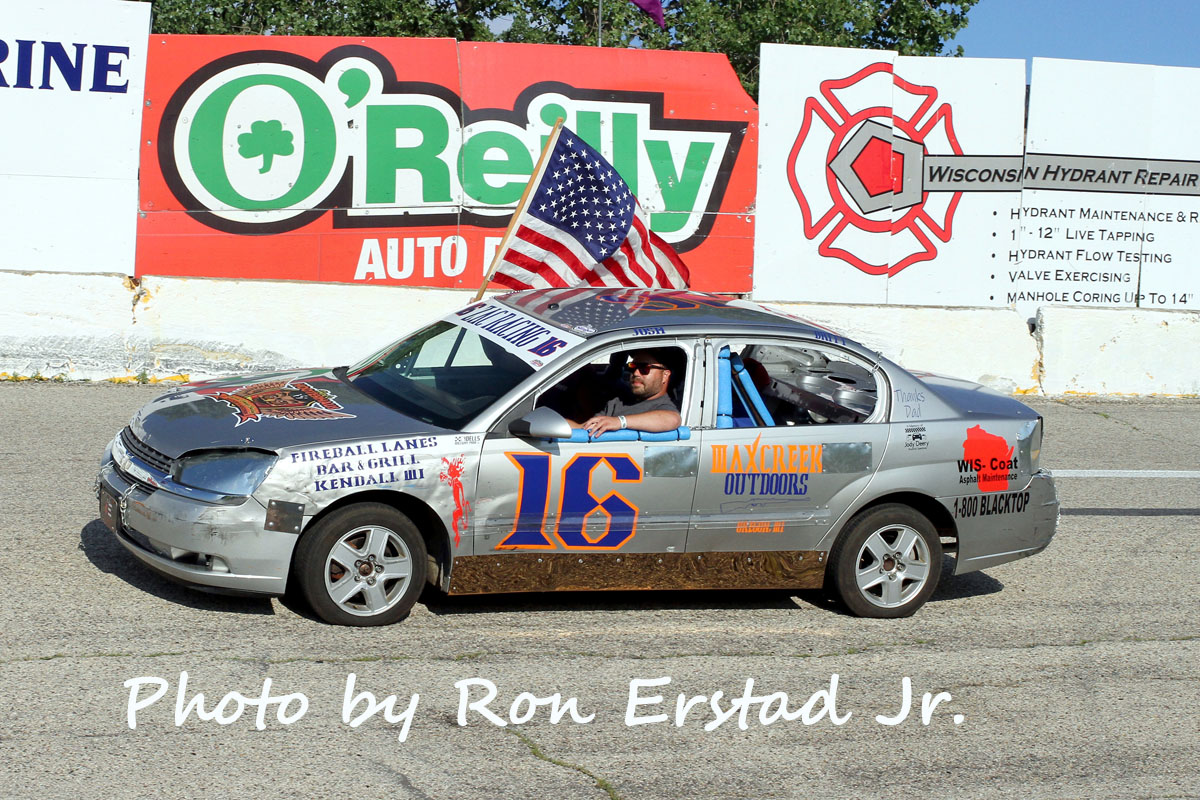 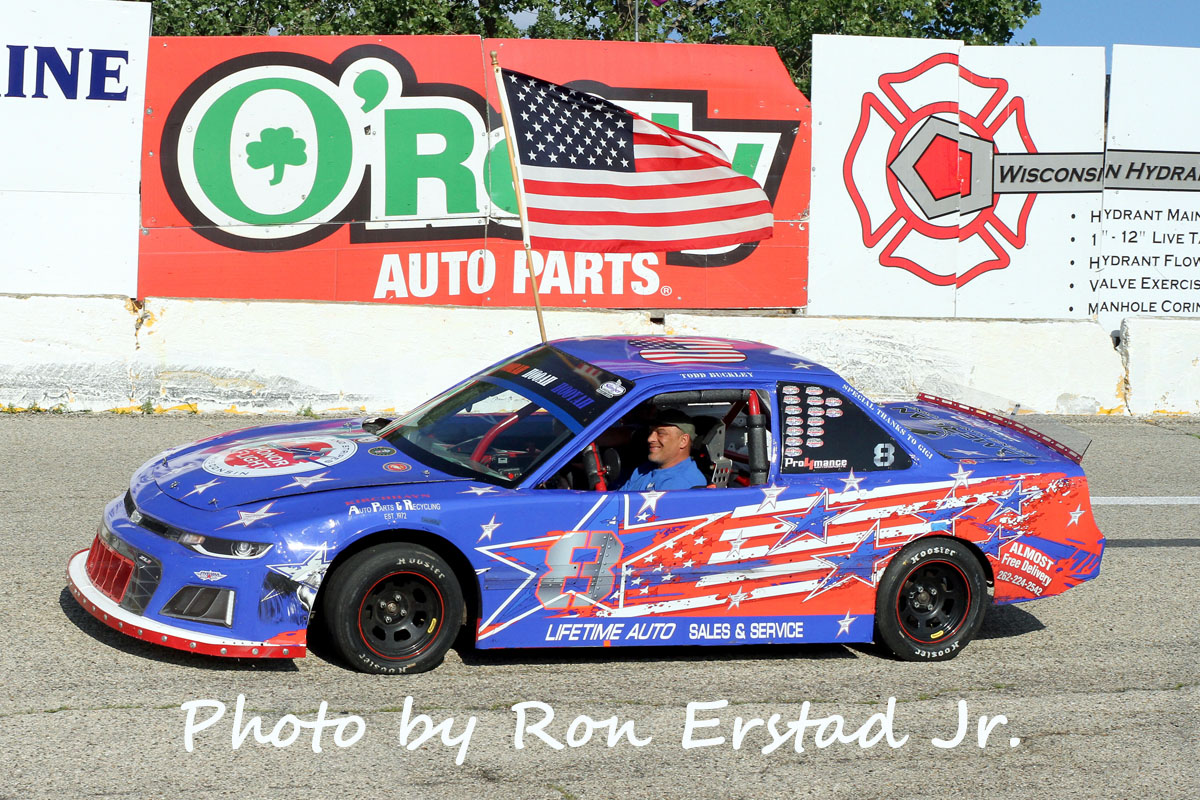 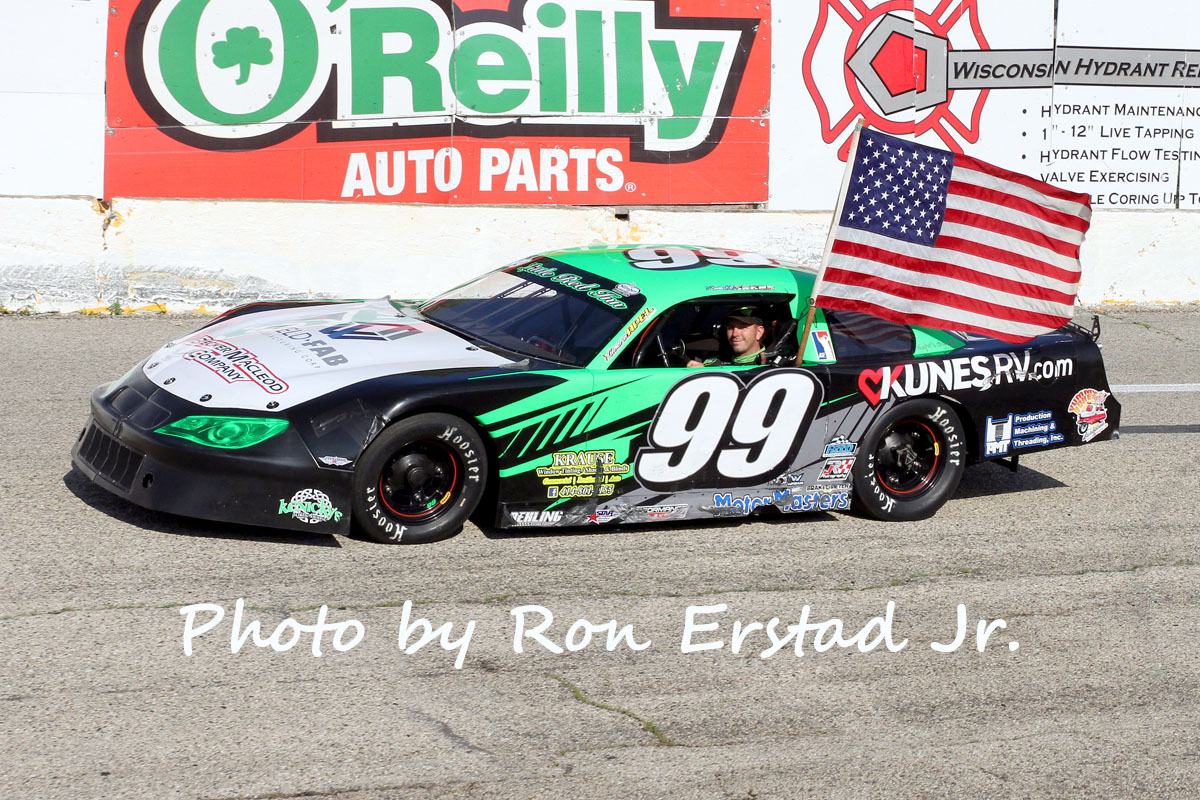 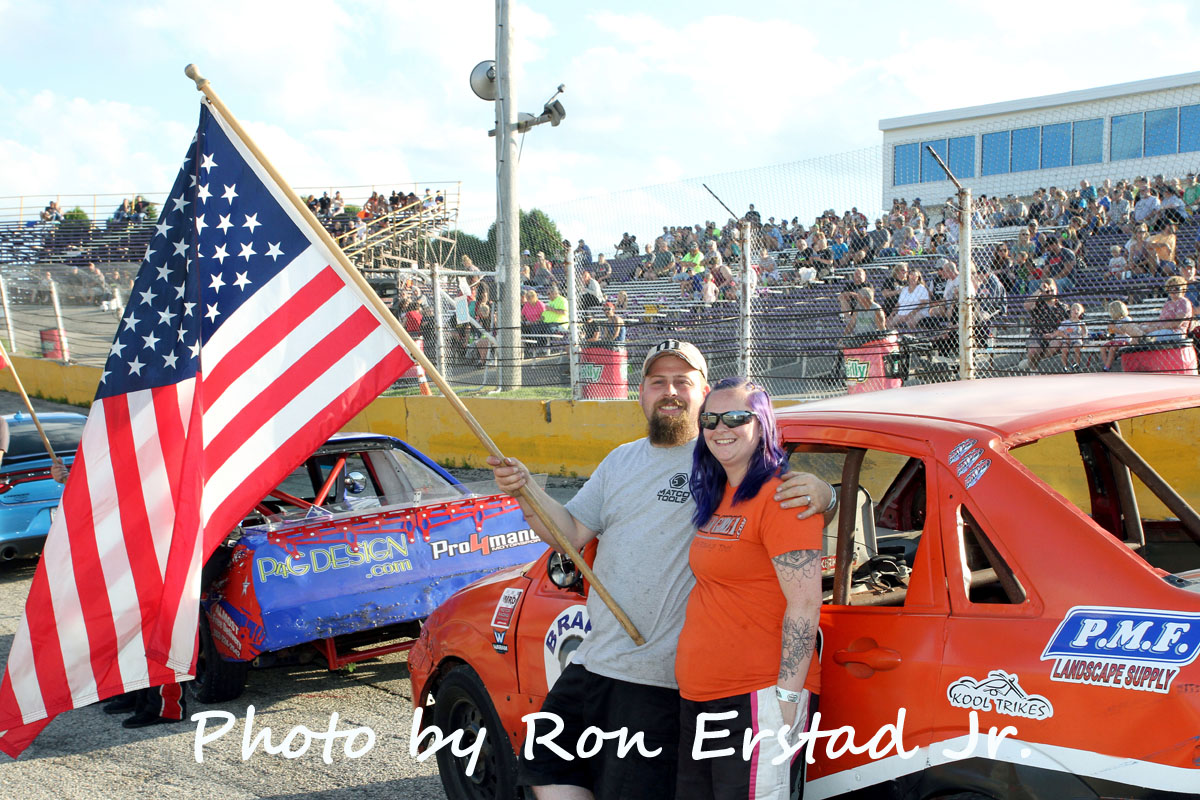 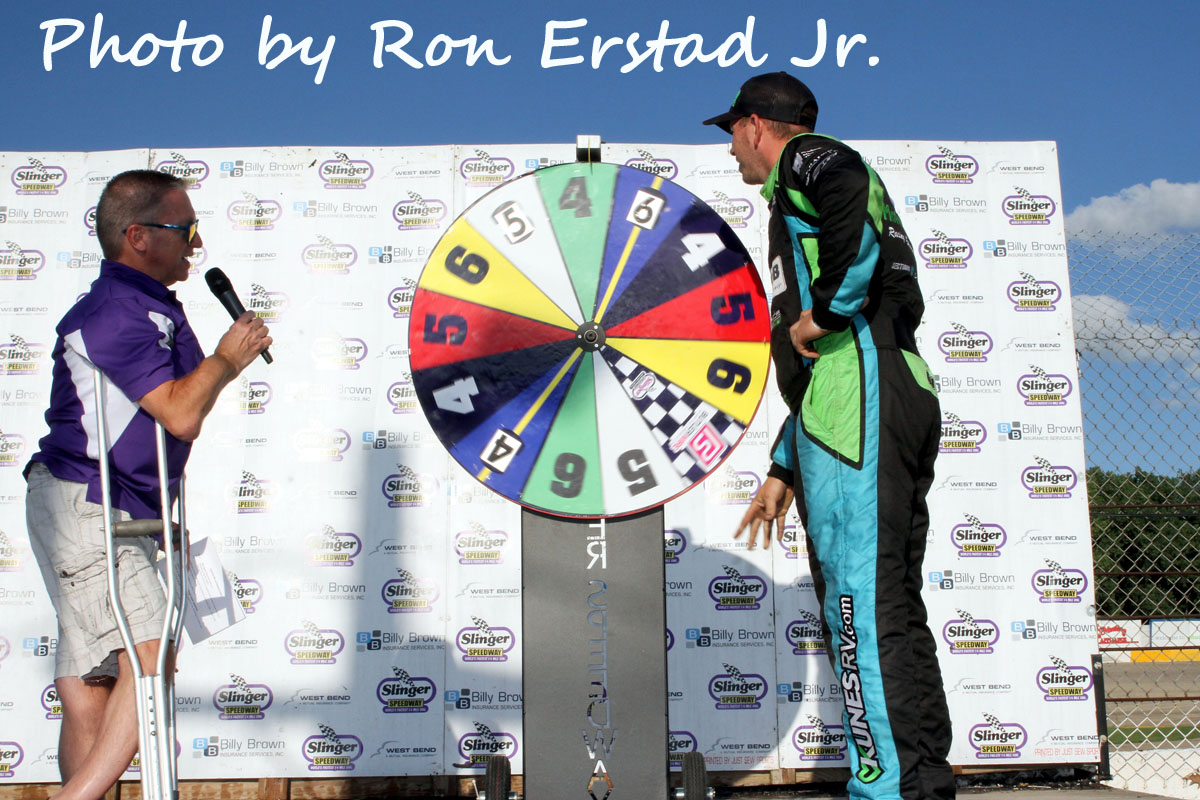