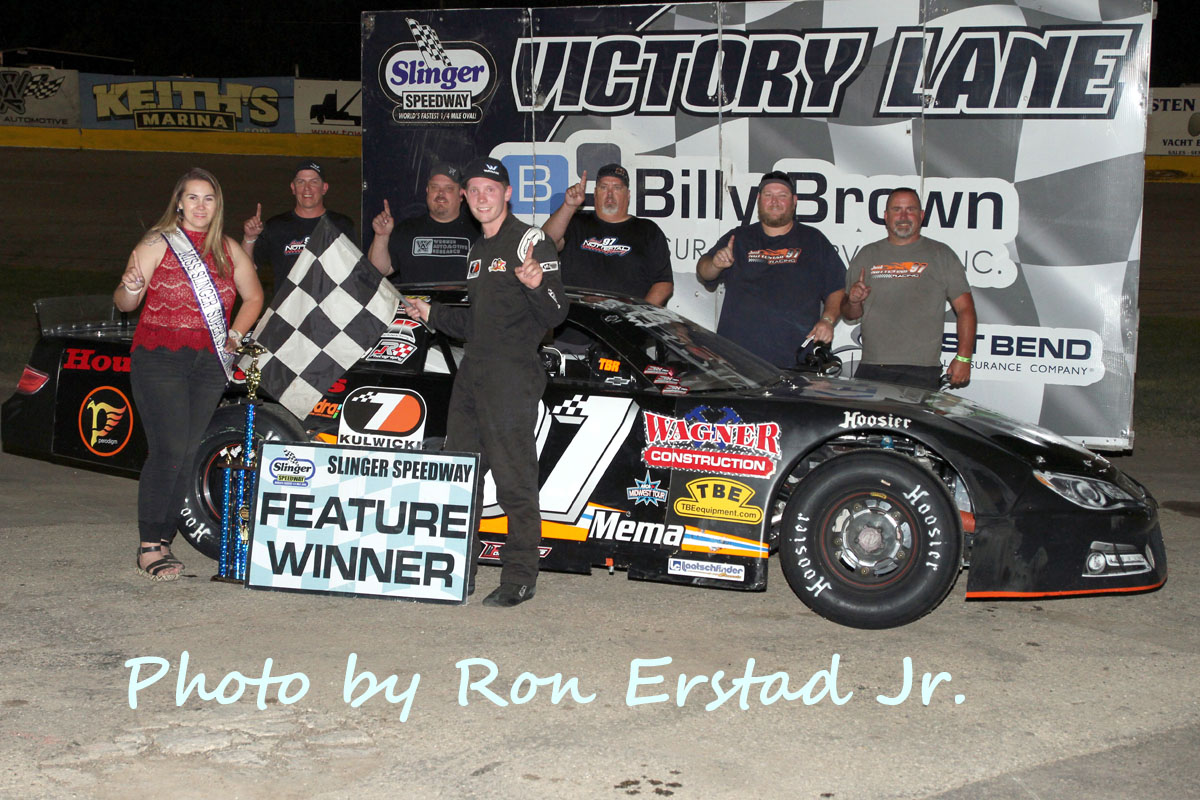 “This is awesome and just unreal,” an excited Nottestad told the crowd from victory lane, “I didn’t know if we could hold him (Braun) off there as he was getting closer and closer and it was starting to get a little bit tight on me but we held on.”

“We’ve been making gains on it all year and it’s awesome to see it pay off,” Nottestad continued, “we had a really good car in practice and then got unlucky in qualifying with the sun coming out, but it worked out and we’re a winner.”

“I was driving pretty hard there and hoping to catch him,” Braun stated after closing quickly on the leader in the closing laps, “And I did but just didn’t have enough time to pass him.”

Brad Keith turned back a late challenge from Steve Apel to finish third and afterwards was pleased with the result.

“I’m not frustrated at all, “Keith said, “We finished third and everything held together so that gives us some momentum for the Slinger Nationals (on Tuesday July 12th).”

Steve Apel finished in fourth place while Ryan DeStefano was fifth. Alex Prunty rebounded from an earlier spin to finish sixth ahead of Dennis Prunty who also overcame an earlier incident to finish seventh. Grant Griesbach was involved in the incident with Dennis Prunty and he too recovered to finish eighth ahead of Nick Egan and Dave McCardle in ninth and tenth.

Rich Loch won the 20-lap Elite Eight Super Late Model semi-feature over Dave McCardle and Nick Egan. Max Kahler finished fourth to claim the final transfer spot into the main event and Rob Braun was fifth. Alex Prunty picked up the extra cash that goes along with winning the Mac Tools Fast Dash and R.J. Braun was the fastest qualifier with a lap time of 11.356 seconds.

Bill Shavlik drove his “Bat Mobile” to the win in the Figure 8 race over Scott Goetzke, Nick Ostberg, and Rick Bruskiewicz. 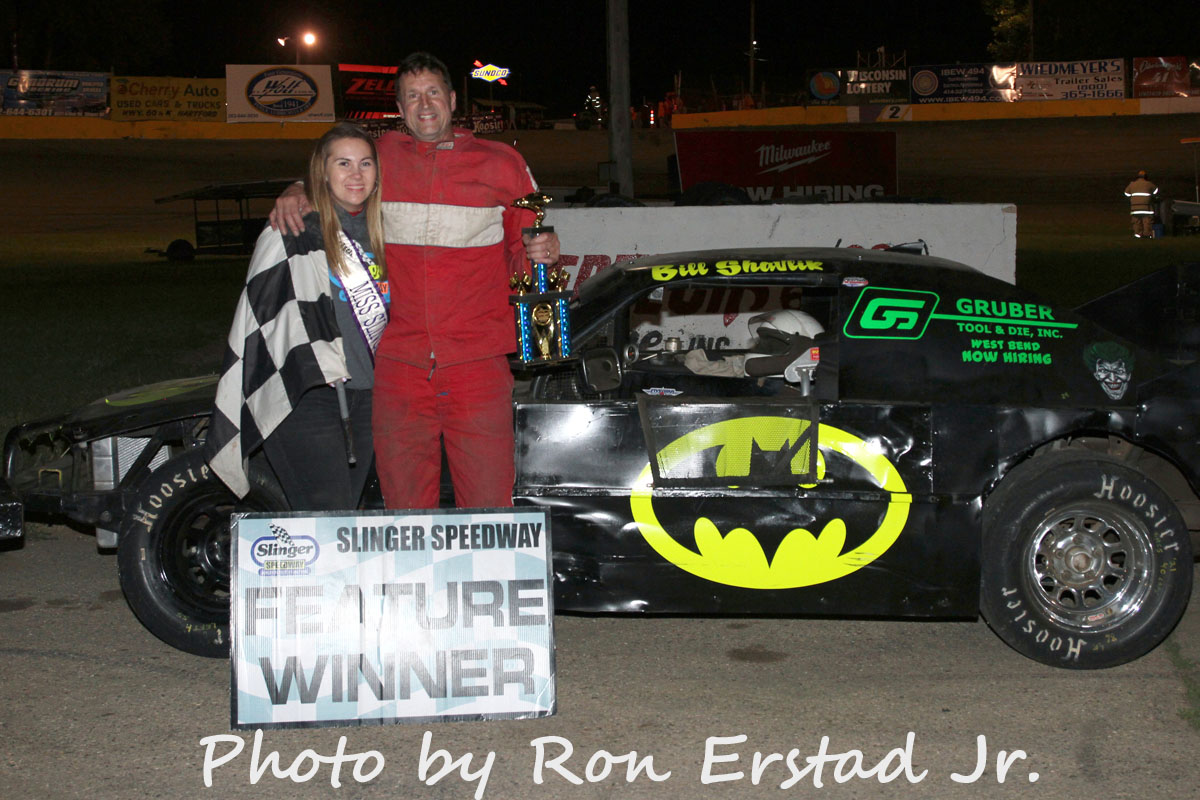 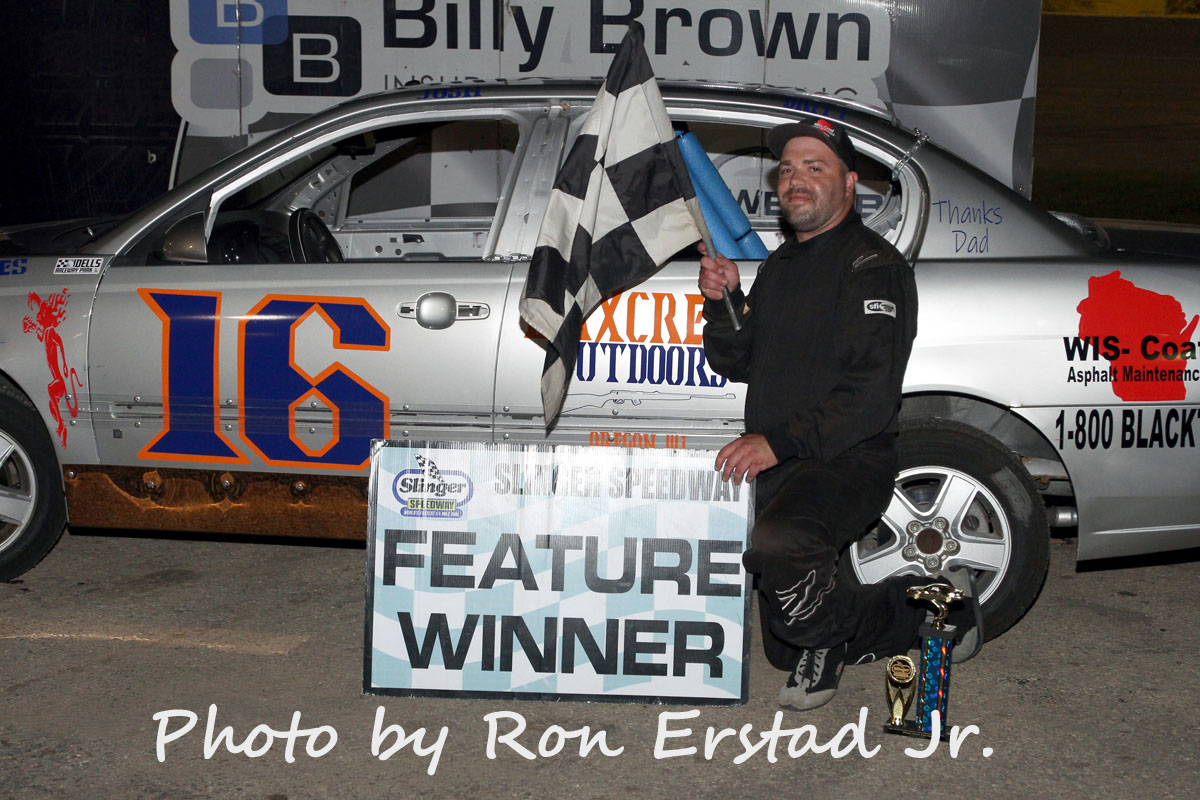 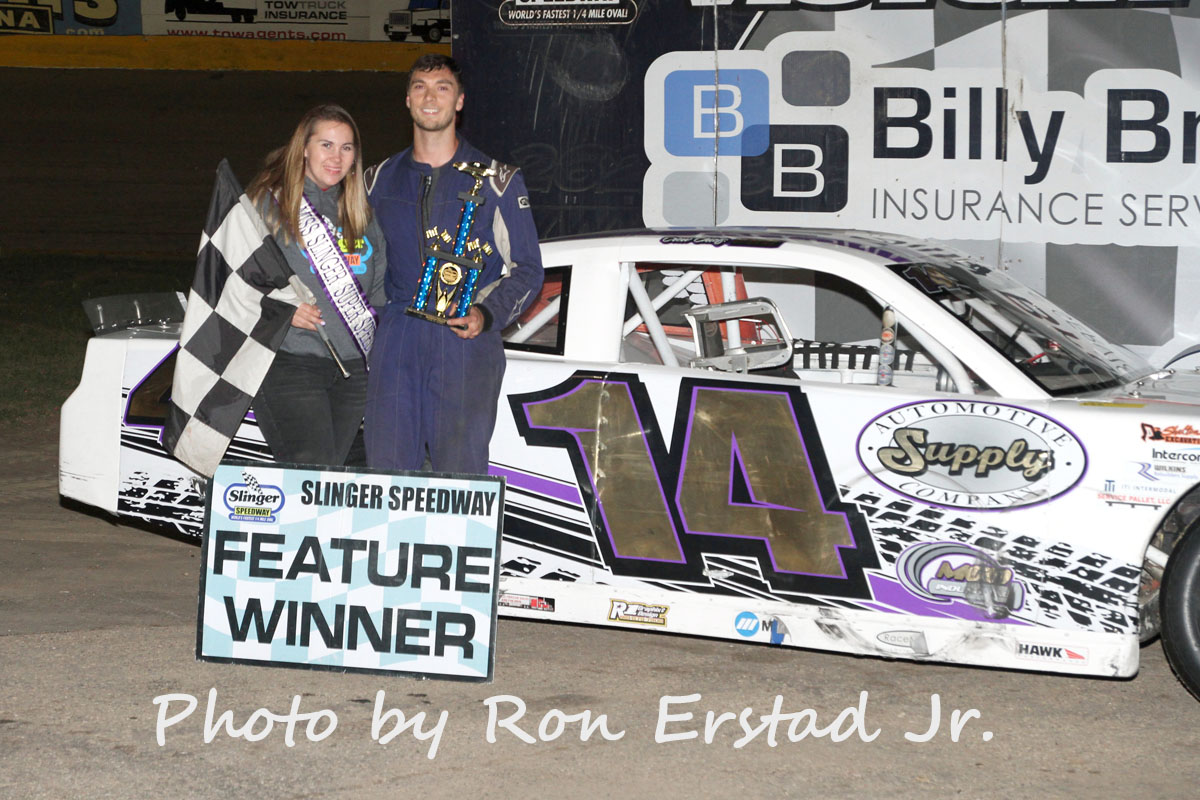 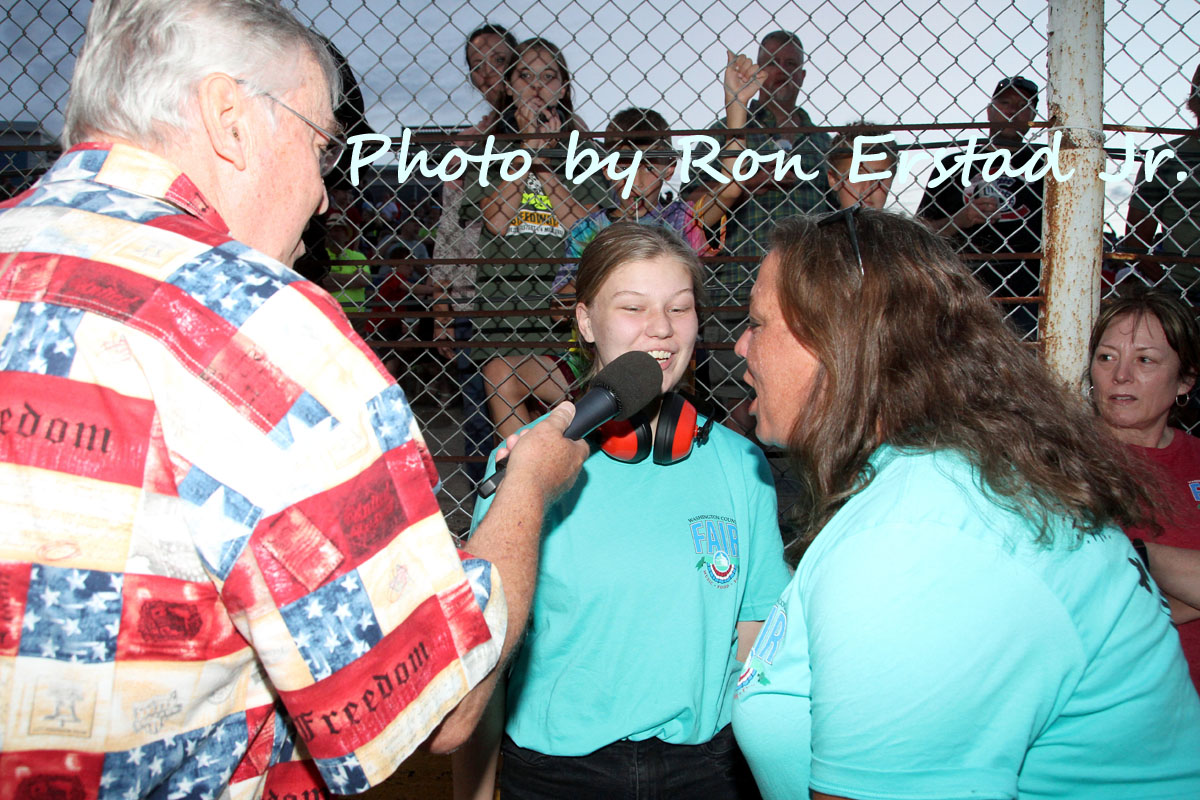 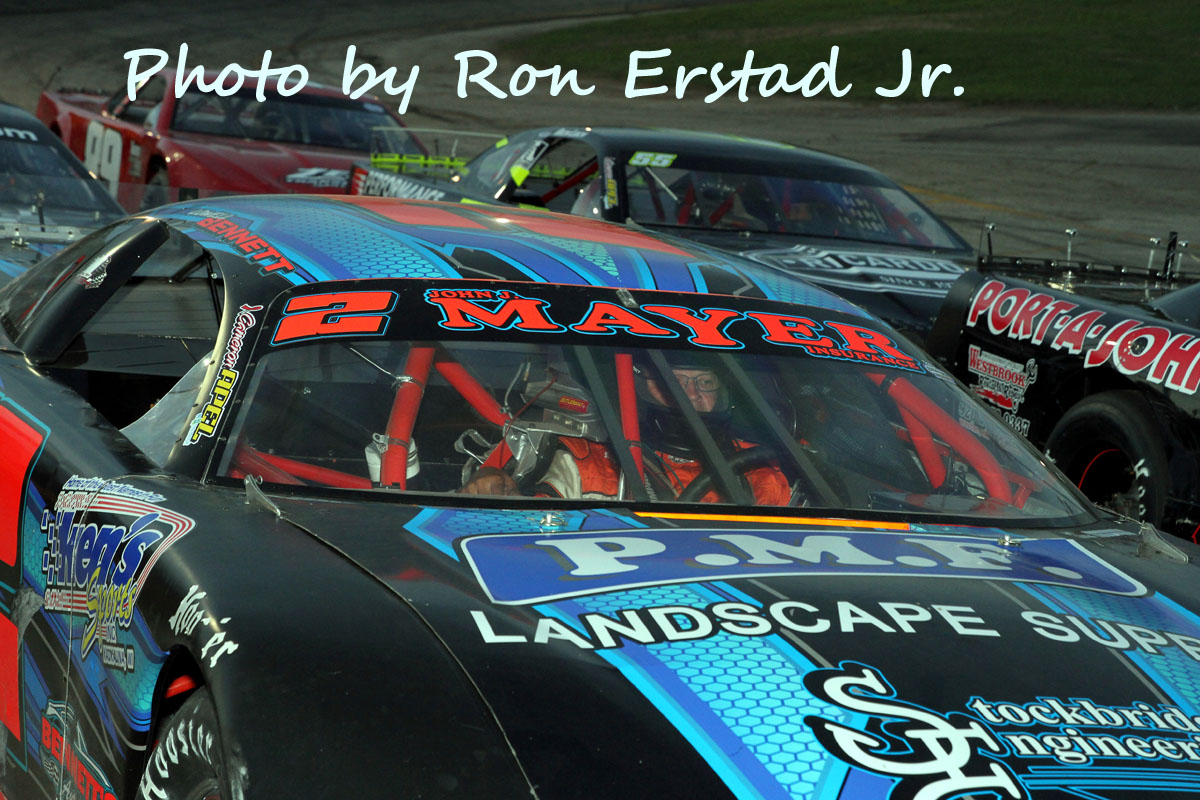 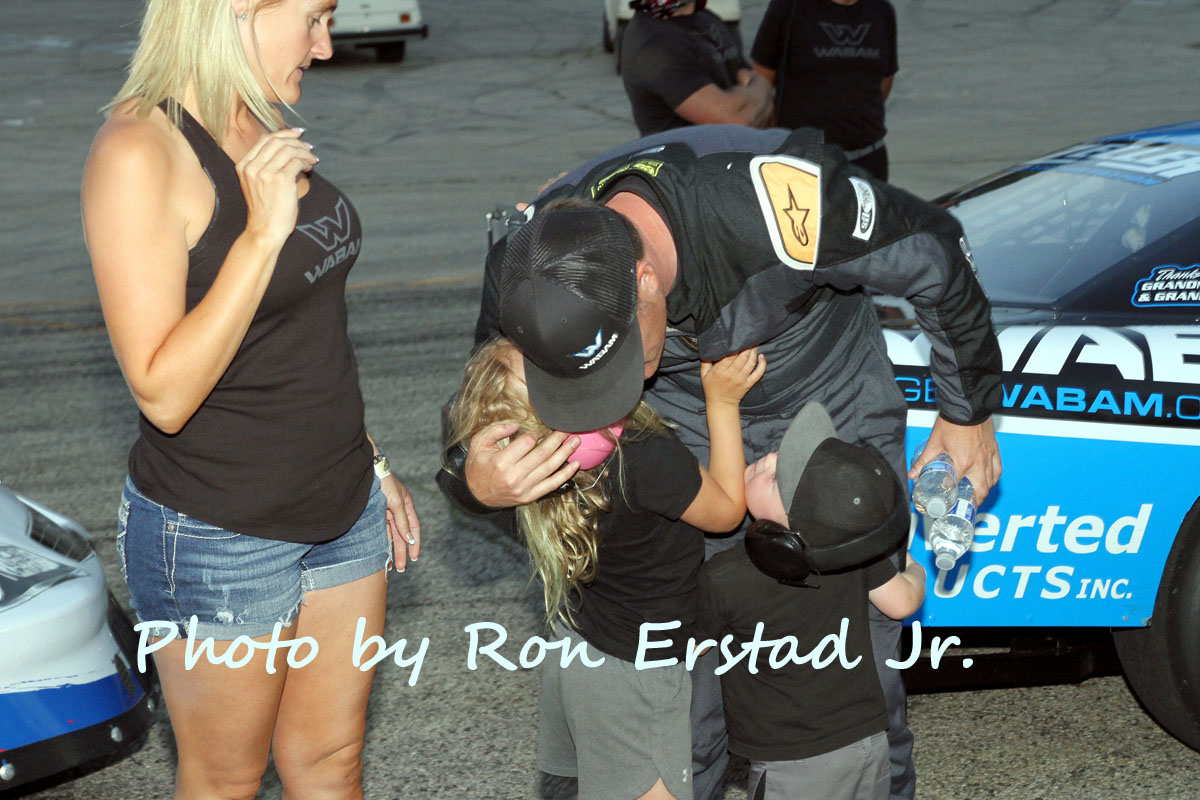 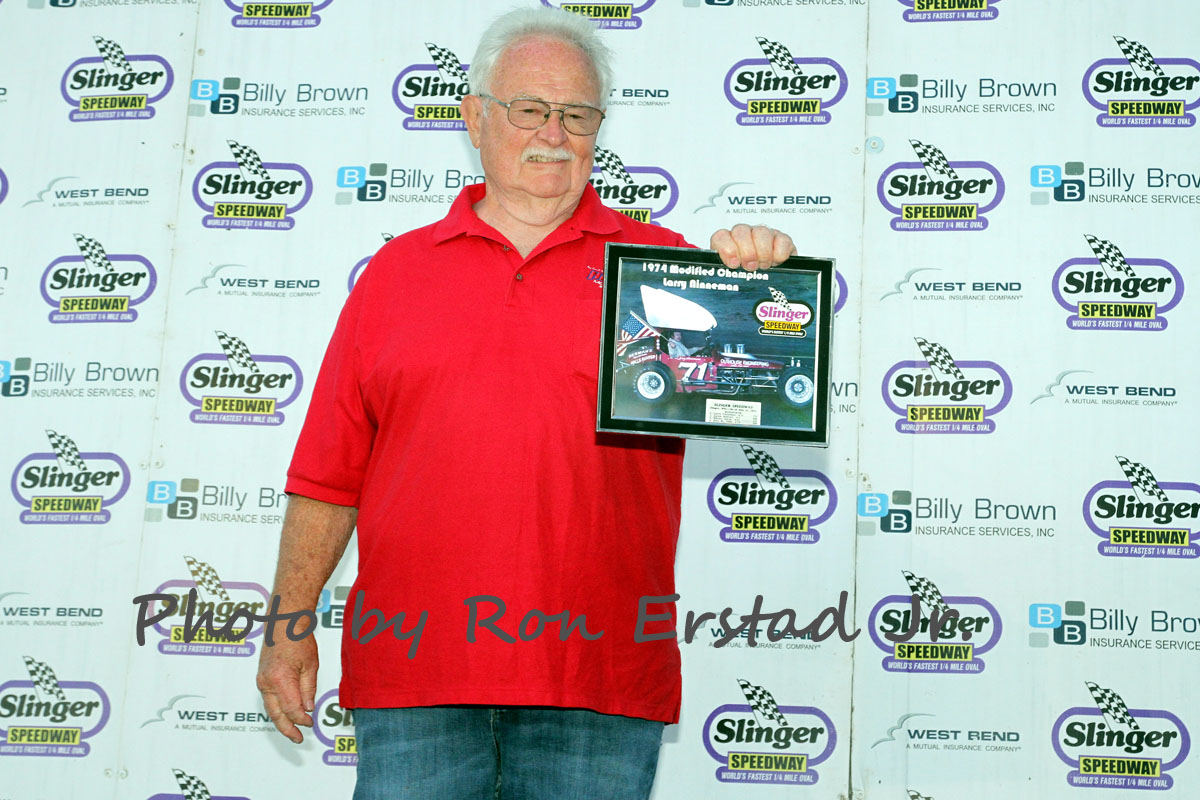 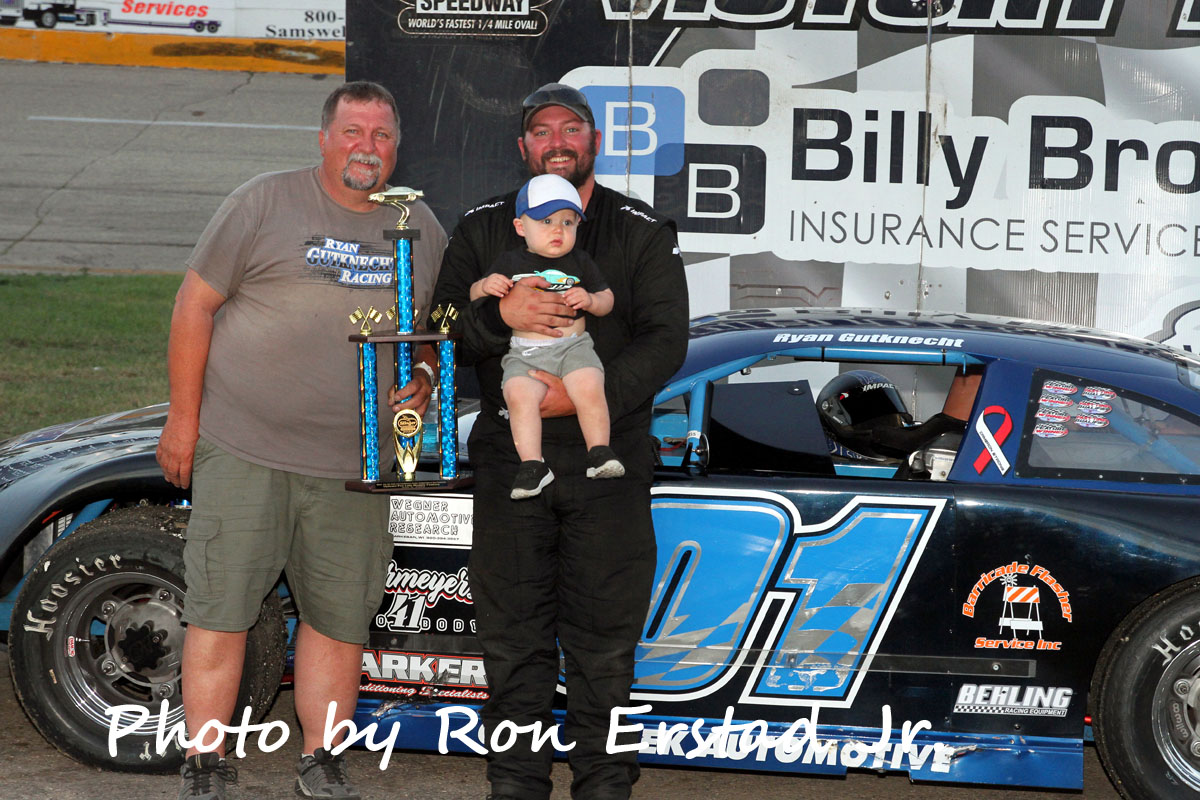 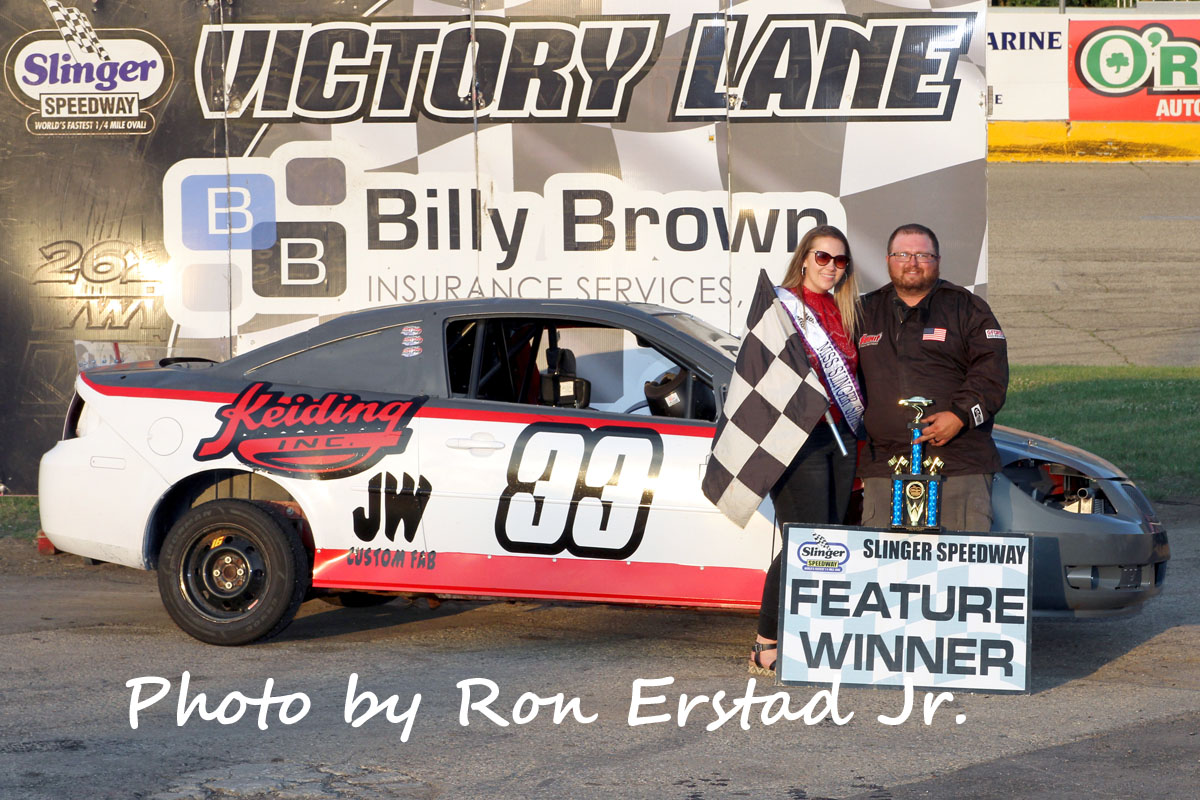 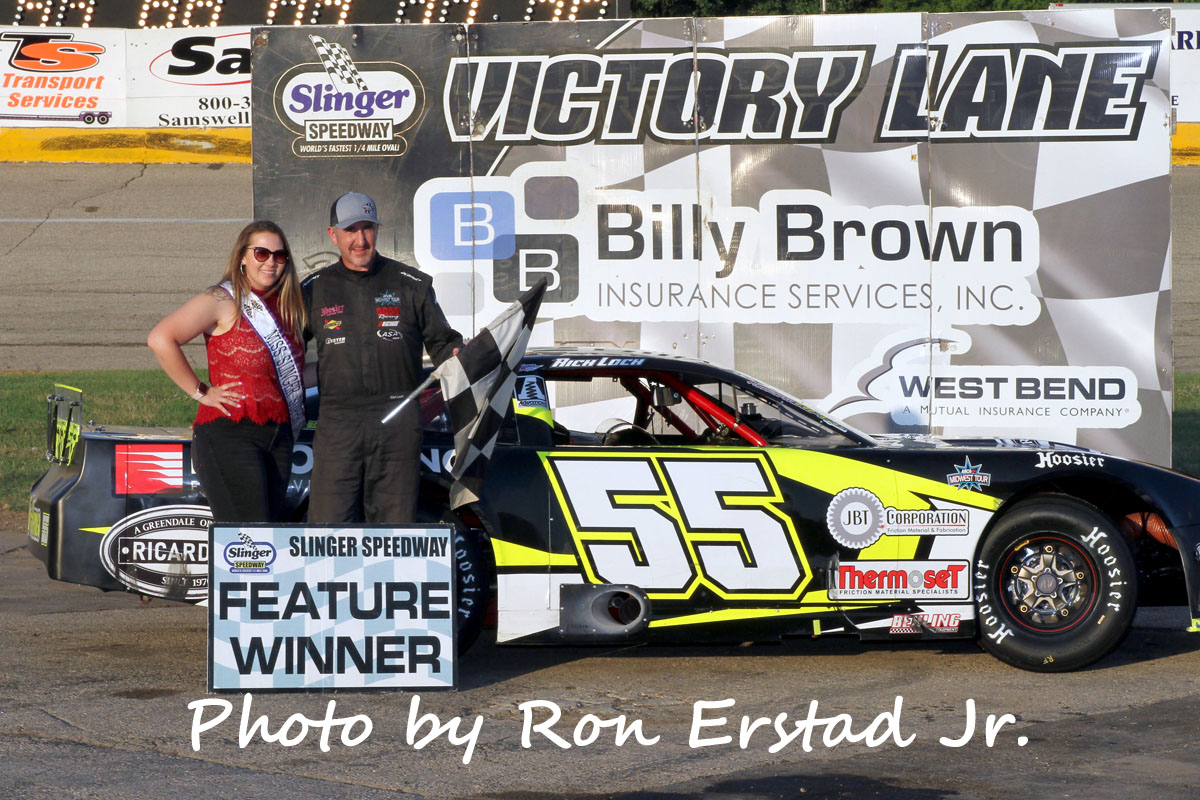 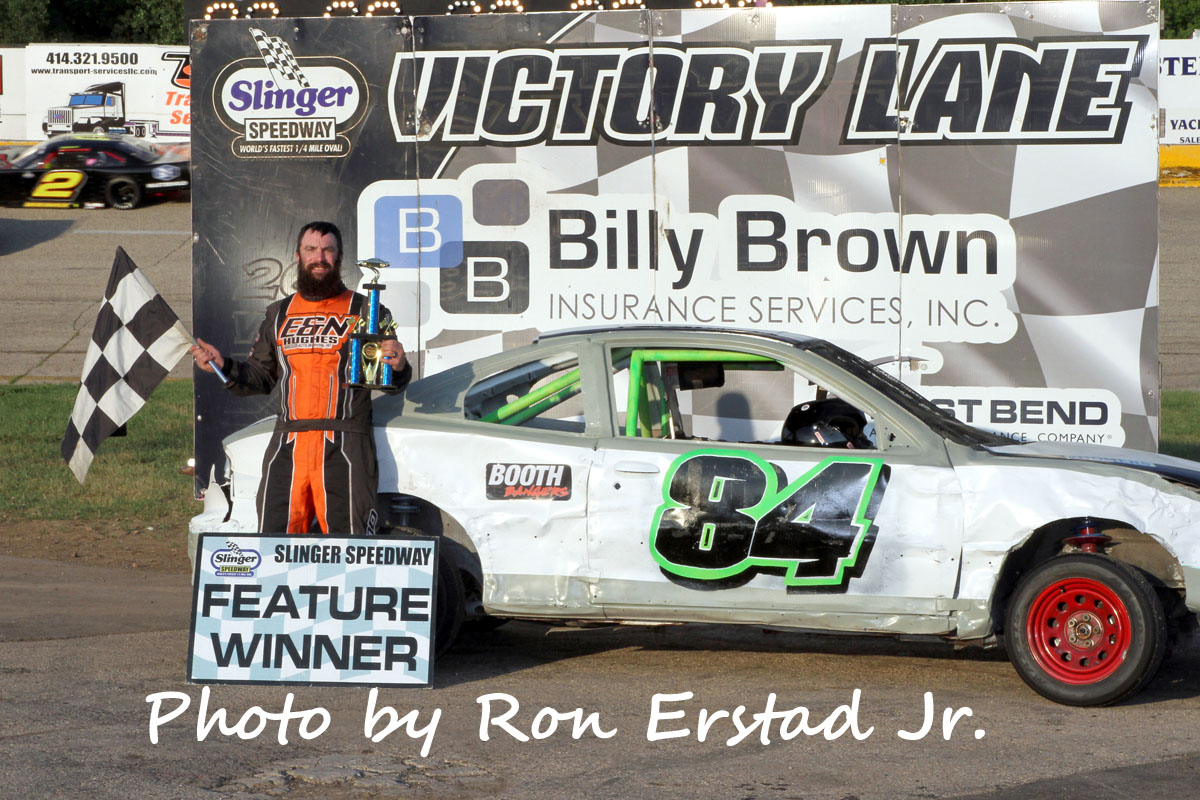 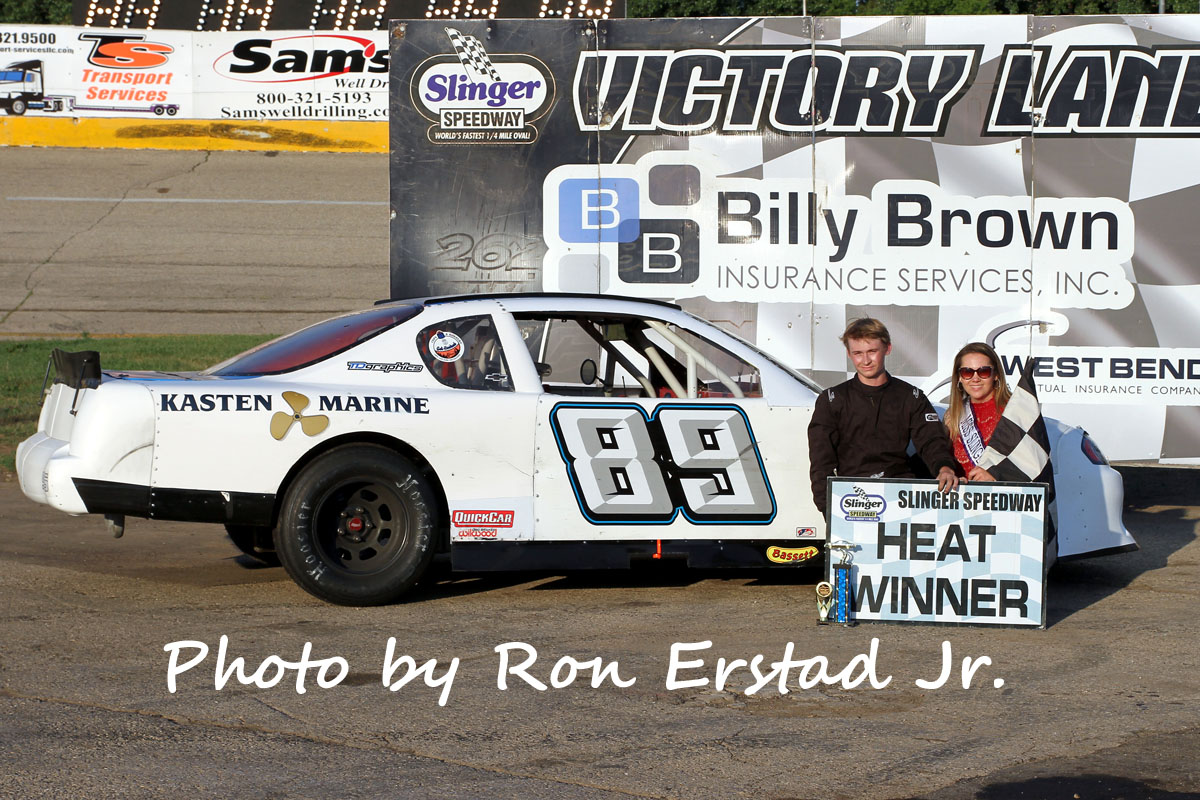 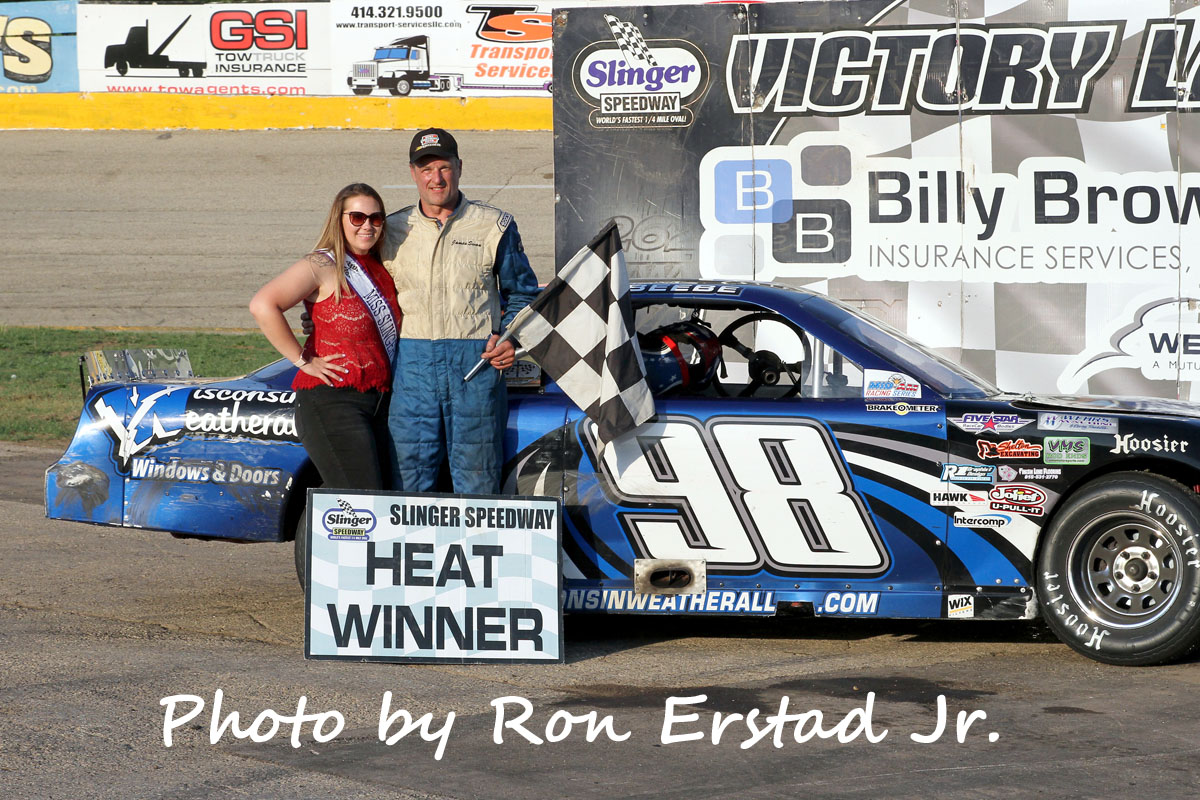 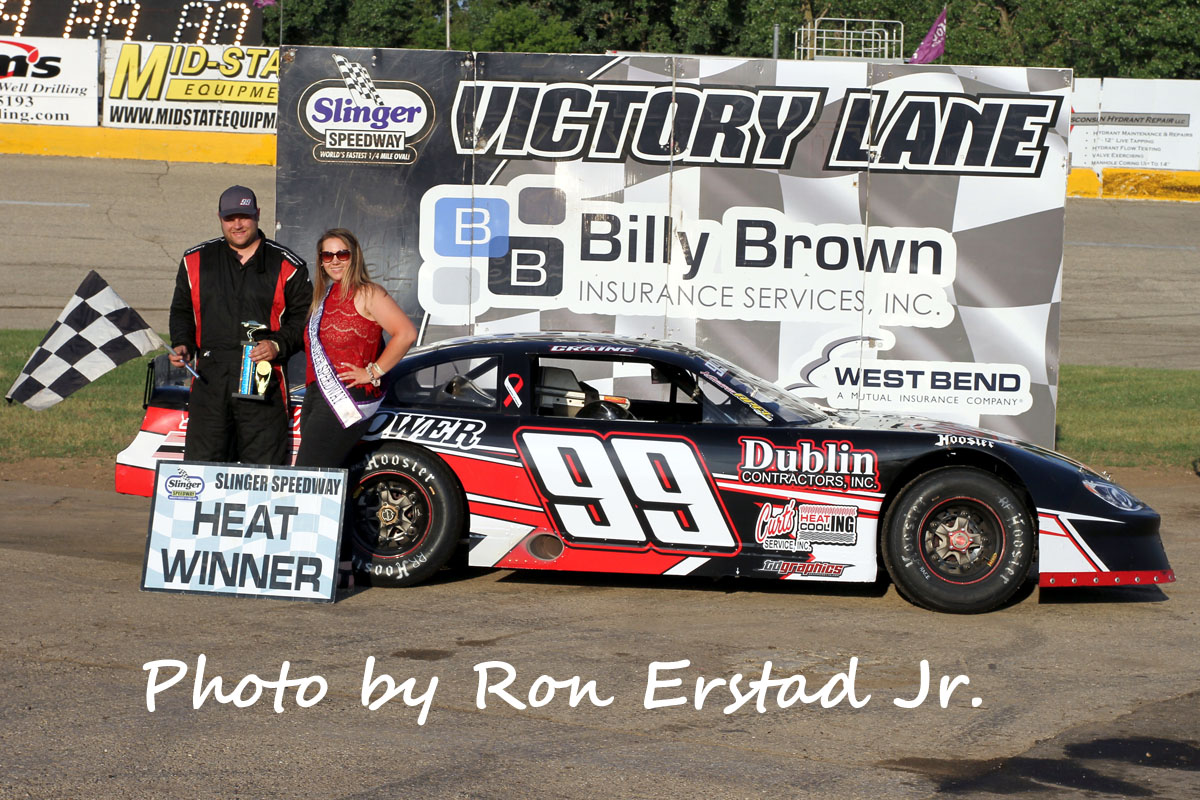 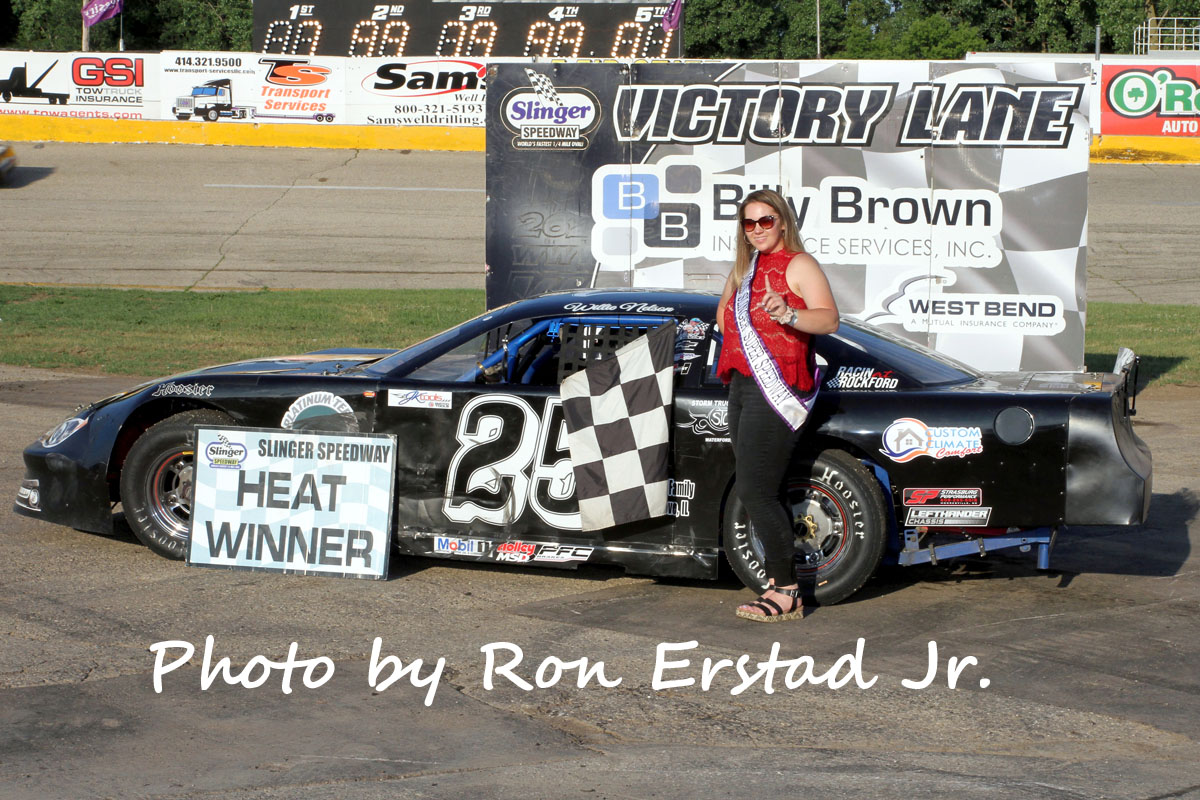 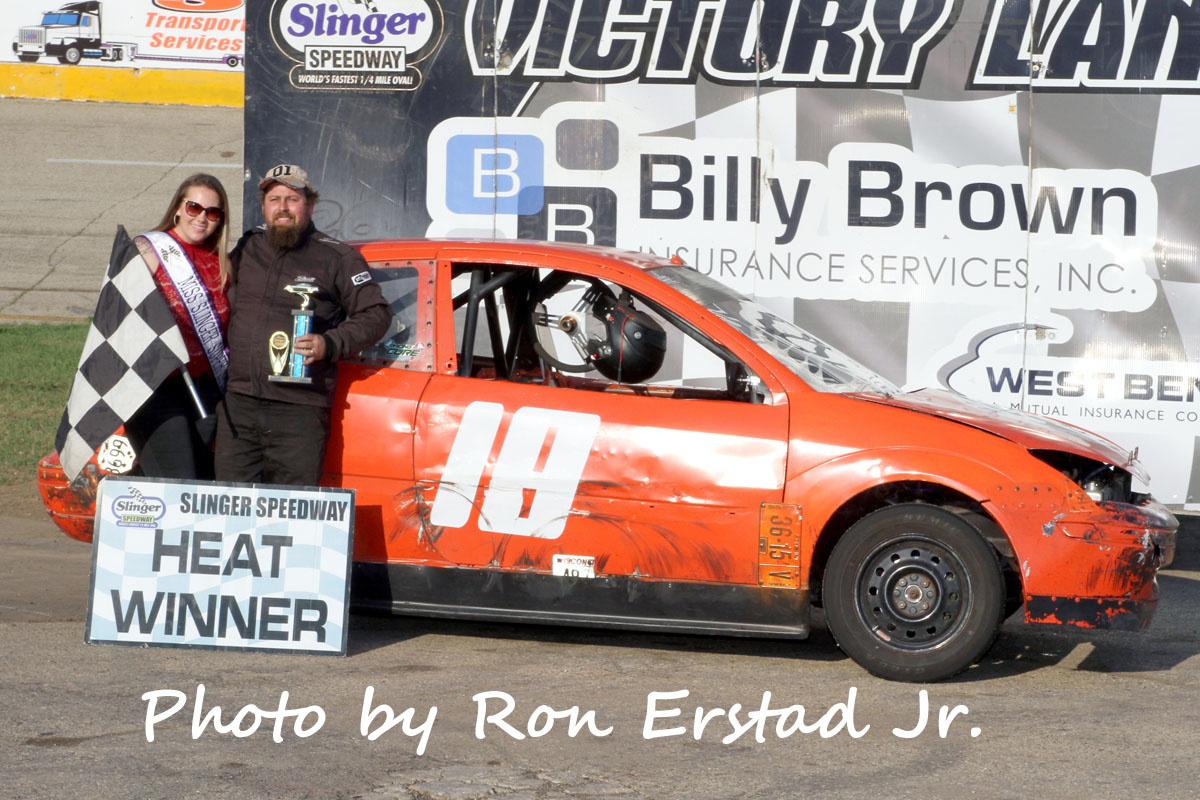 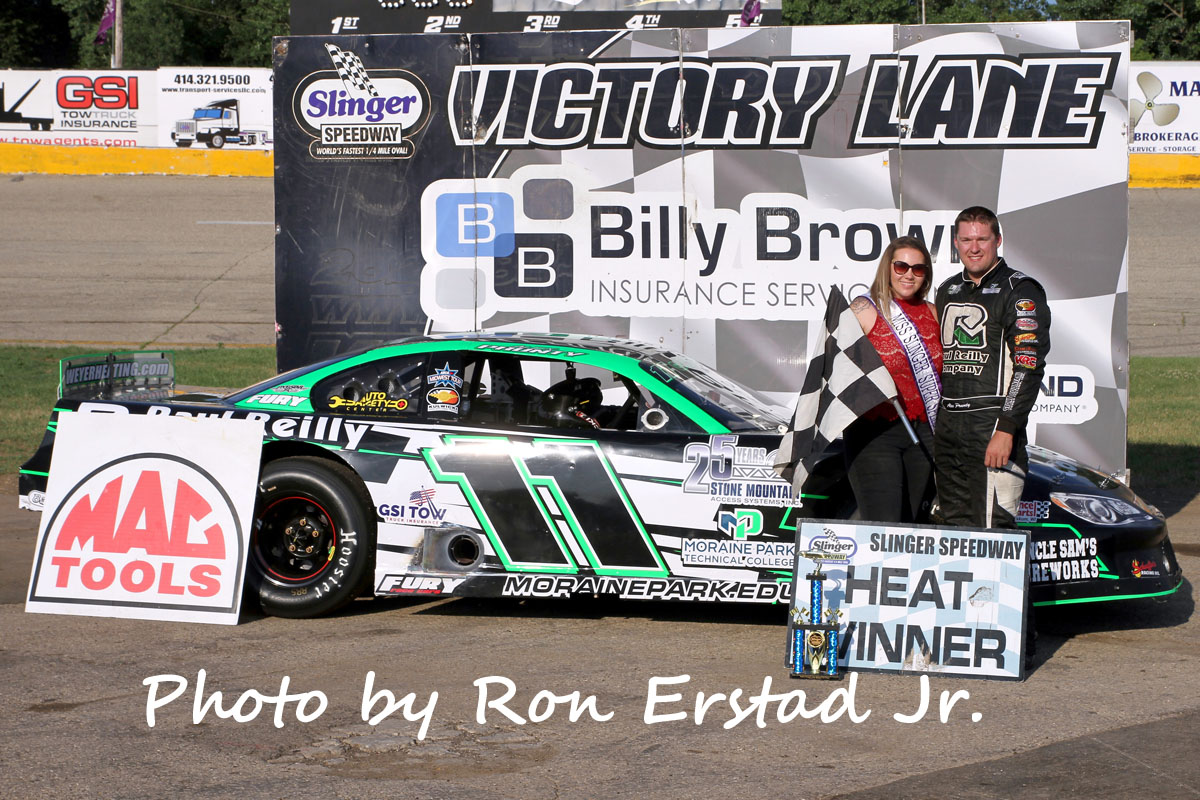 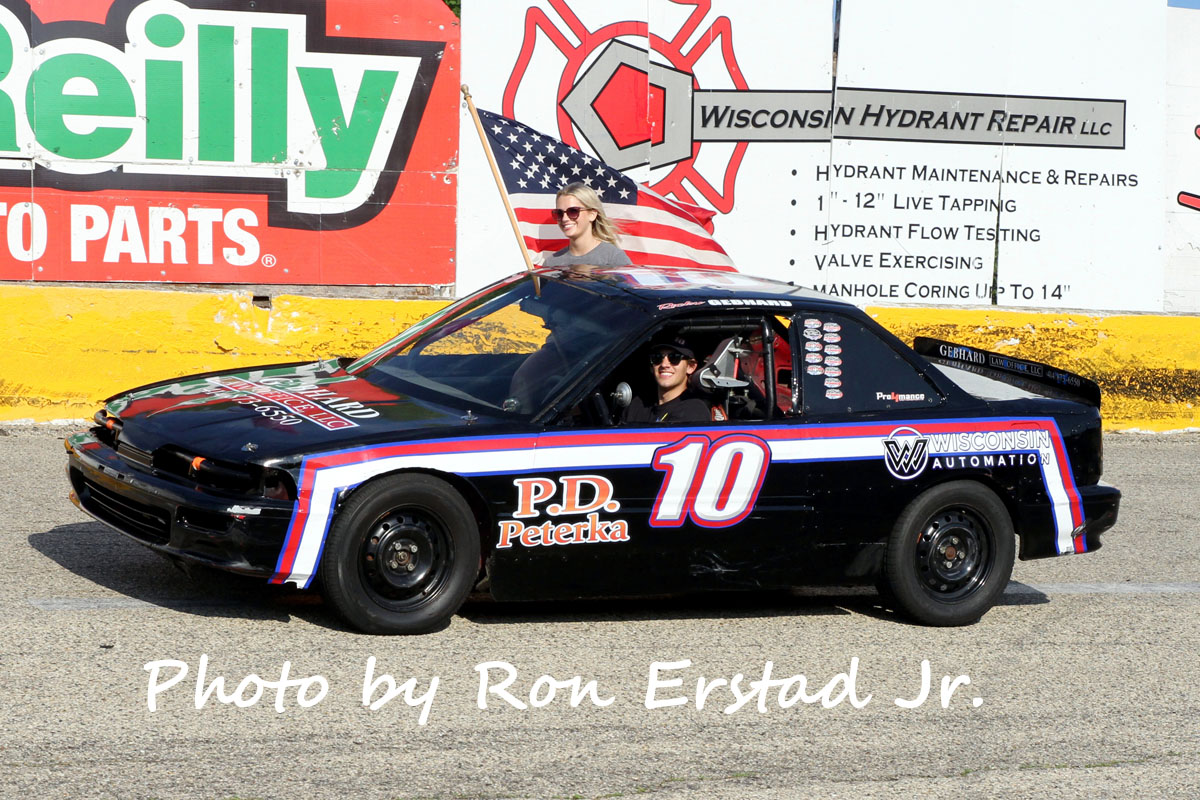 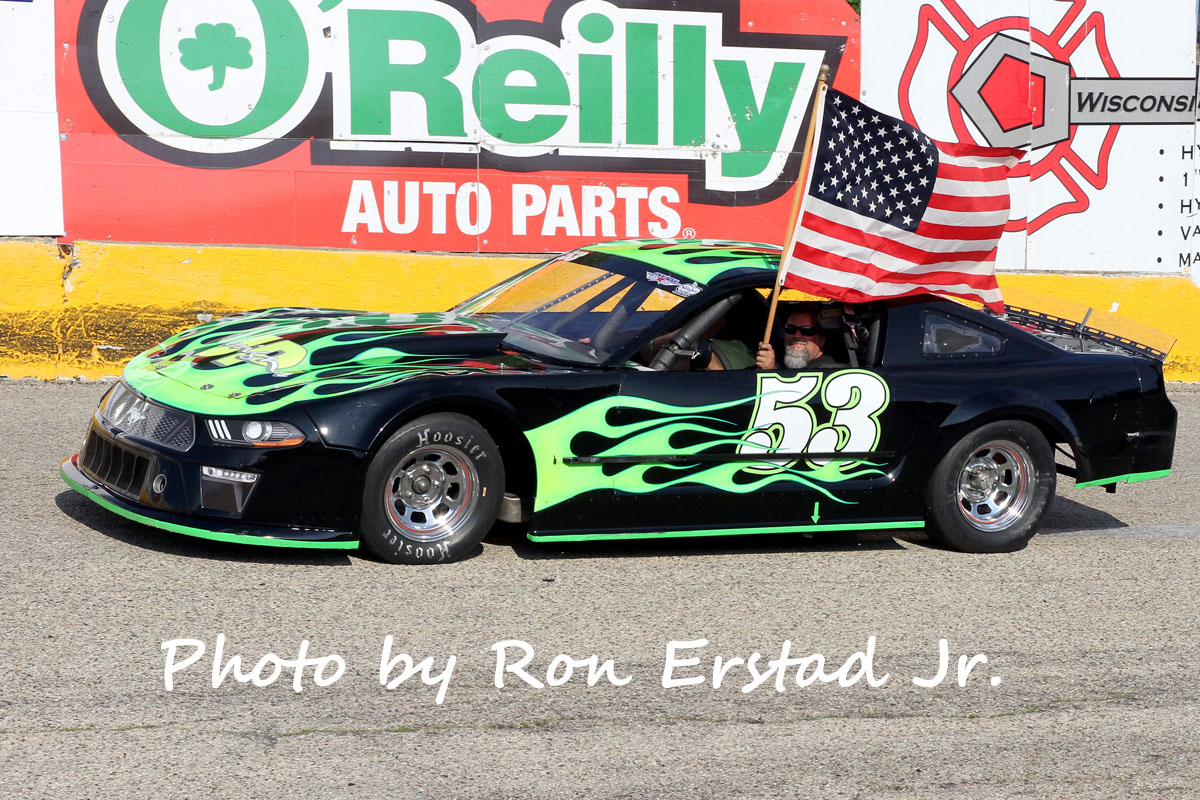 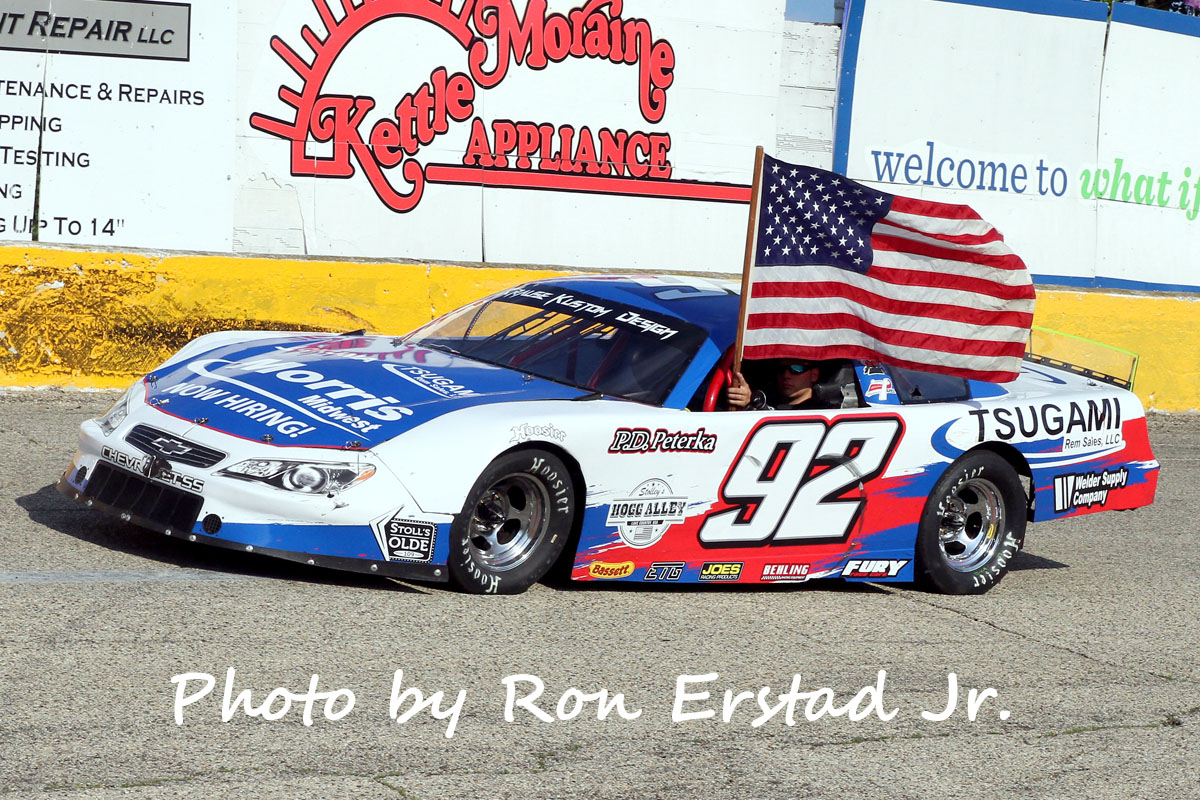 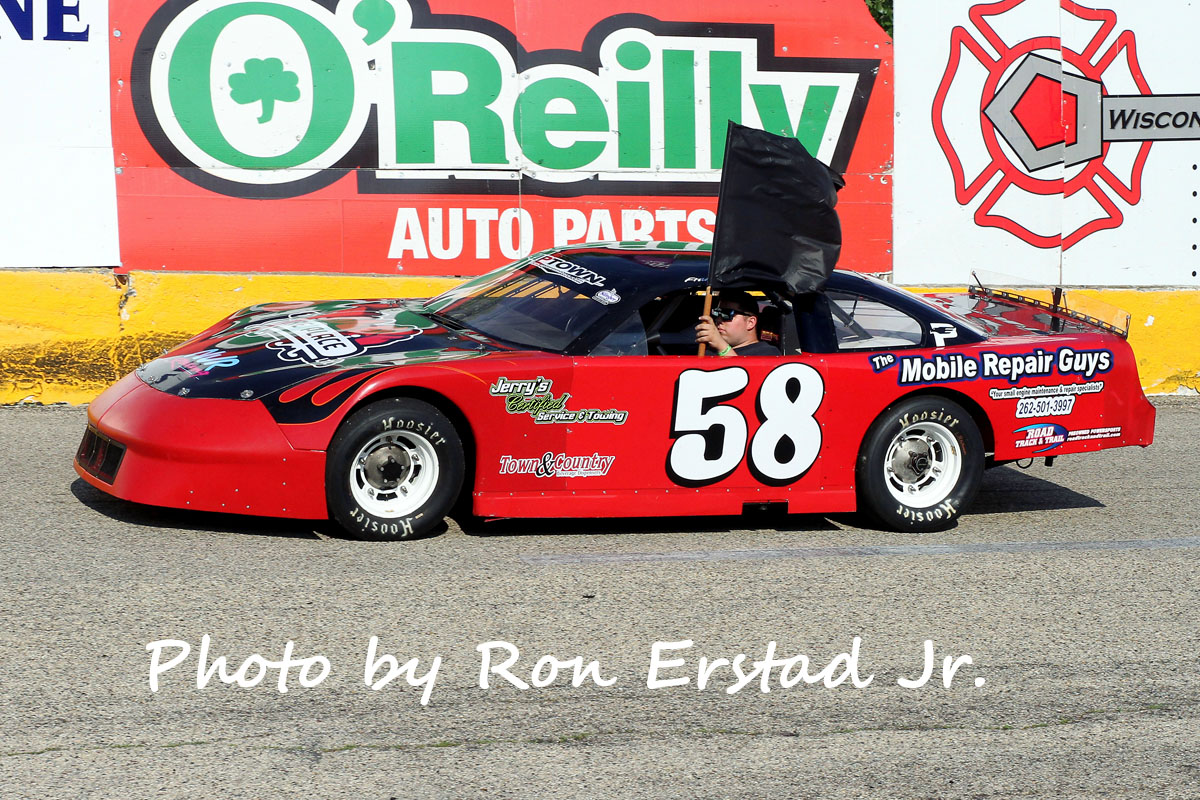 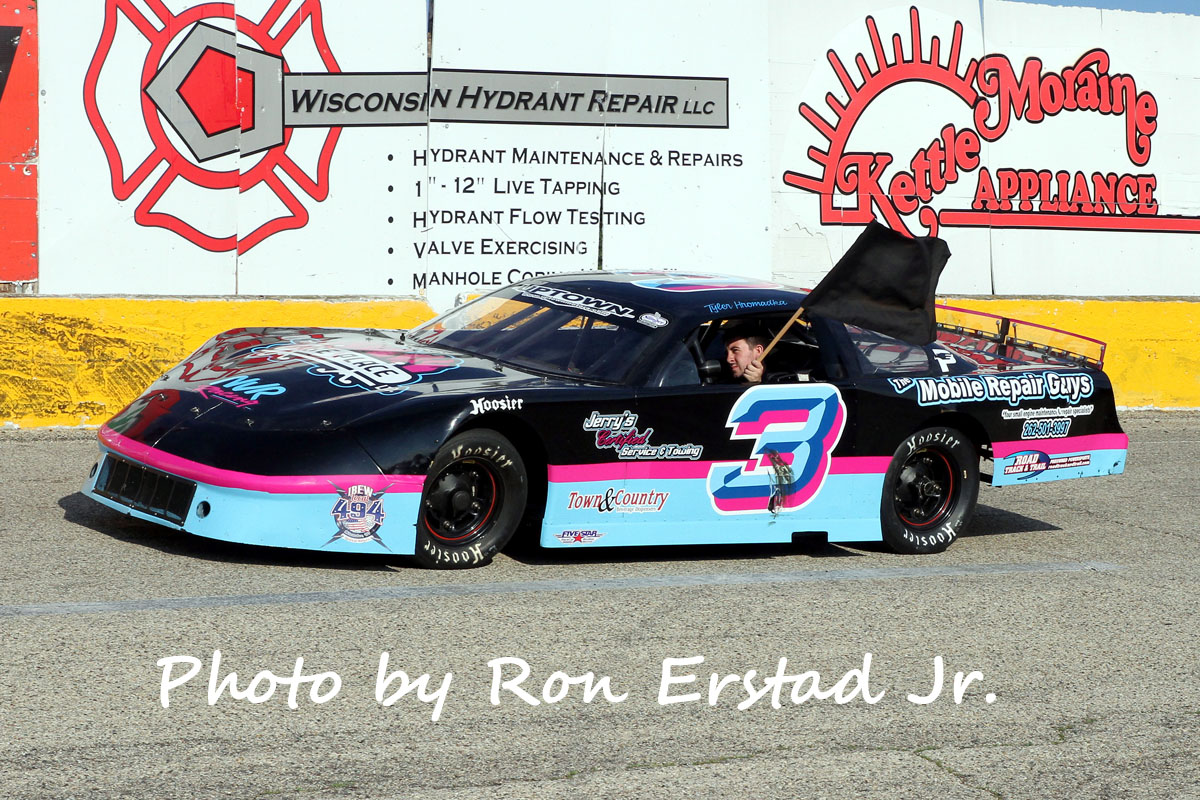 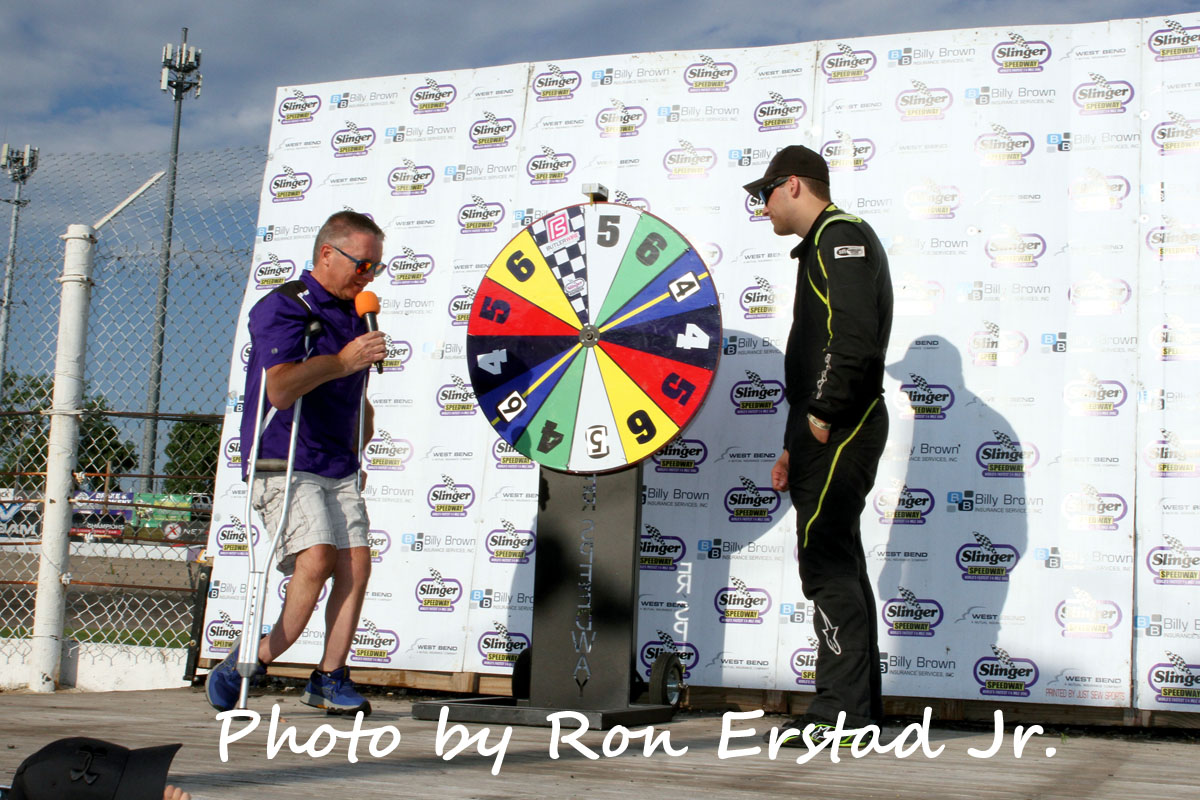